Lori Loughlin was spotted in Beverly Hills on Friday morning.

The 56-year-old actress attempted to cut a relatively incognito figure as she headed to get her golf clubs custom-fitted.

The Full House star’s solo outing comes in the aftermath of a college admissions scandal that involved the actress, her husband Mossimo Giannulli and their daughter Olivia Jade. 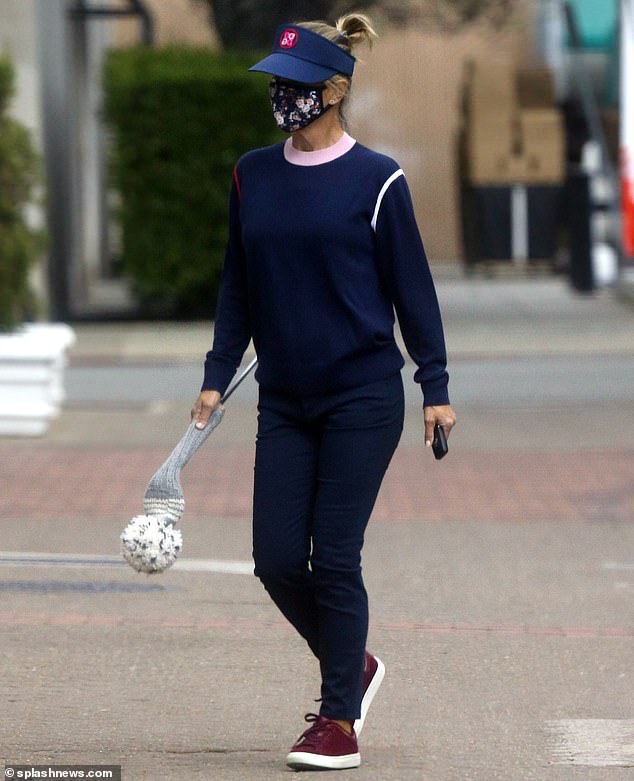 Out and about: Lori Loughlin was spotted during a solo outing in Beverly Hills on Friday morning after being involved in a college admissions scandal

Loughlin was dressed in a navy blue crewneck sweater that featured a few lines of opposing colors.

She paired her top with a nearly-matching set of jeans and added an element of contrast to her clothing ensemble with crimson sneakers and a large purple bag.

Although the Full House actress kept much of her blonde hair tied back and held in place by a blue visor, she later removed her headwear and let her locks flow into a long ponytail.

The performer wore a floral-printed facial covering to keep herself protected while spending time around other people. 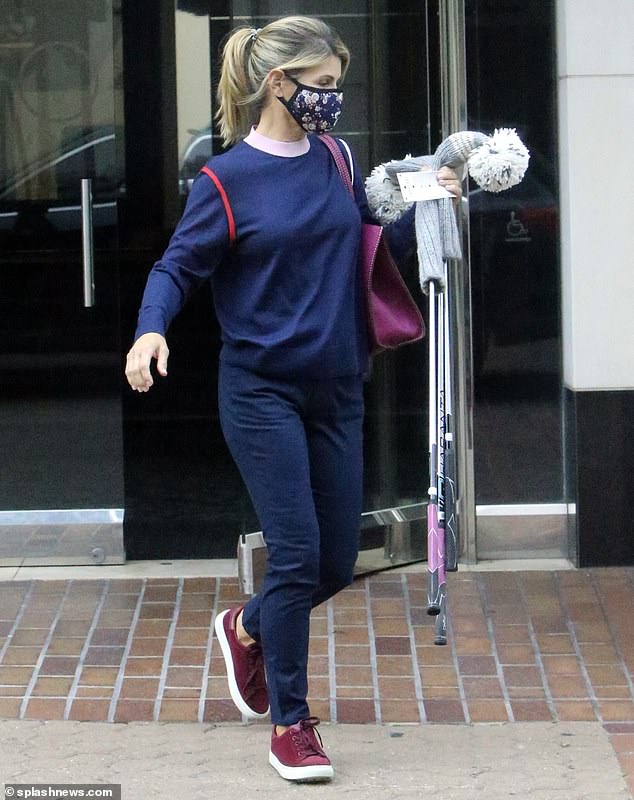 No-frills outfit: The Full House actress wore a navy blue turtleneck sweater and near-matching jeans during her time outside

Staying safe: The performer wore a floral-printed facial covering to keep herself protected while stepping out. She also carried a large purple bag for much of her trip

Loughlin has been attempting to rebuild her life after she and her family were embroiled in a scandal concerning the college admissions process.

In March of 2019, she and her 57-year-old husband were among many individuals who were charged for various offenses by both the FBI and the US Attorney’s Office.

The couple was indicted specifically for providing a payment of $500,000 in the form of a donation to a nonprofit organization in exchange for their daughters being admitted to the University of Southern California.

The pair turned themselves in the day after the news of the scandal broke, although their children remained at the learning institution.

Loughlin went on to serve two months in federal prison and was released in late December, while her husband was sentenced to five and completed the last part of his sentence under home confinement. 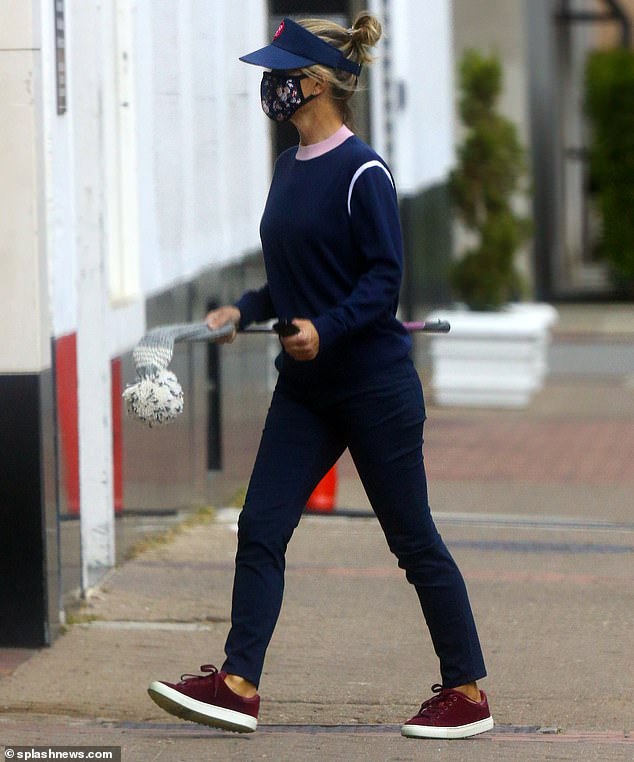 Making up for it: Loughlin has been attempting to rebuild her life and get back to normal after she and her husband, Mossimo Giannulli, completed their respective prison sentences

Earlier this month, a source spoke to People and expressed that the actress and her spouse were focused on moving past their errors and beginning a new chapter in their lives.

‘Lori is a wonderful wife, mother and friend. She and Mossimo made huge mistakes. They have taken responsibility for them and just want to start fresh now,’ they said.

The insider also noted that Giannulli was ecstatic about completing his sentence, which also occurred earlier this month, and that he was ready to get back to his old life. 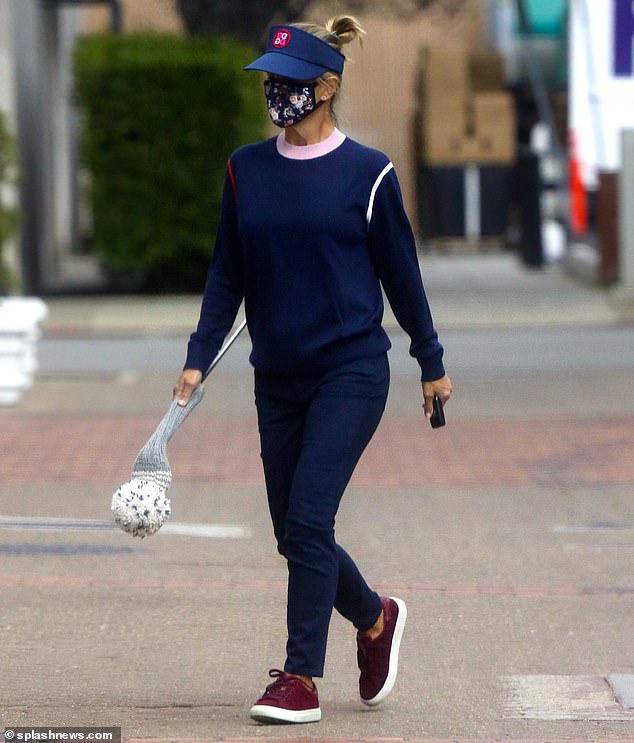 Do-over: An insider recently spoke to People and expressed that the actress and her husband ‘want to start fresh’

‘Mossimo is, of course, happy to be done with the home confinement…They are both beyond relieved to have completed their prison sentences. Mossimo has to finish his community service, but then he can really move on,’ they noted.

The source concluded by expressing that the couple both have plans for their immediate future and that the performer was enthusiastic about returning to her old profession.

‘Lori still hopes she can get back to acting at some point… Mossimo can’t wait to play golf. They are also hoping to take a trip later this year,’ the insider said. 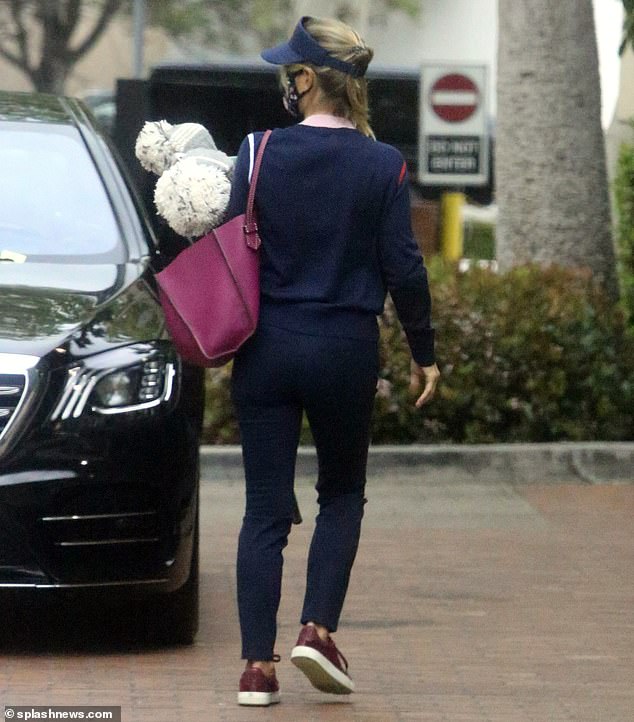 Working through it: The source also remarked that the performer ‘hopes she can get back to acting at some point’