‘Getting it in before the night shoots’: Michelle Keegan shows off her toned abs in a crop top and shorts as takes a selfie in her home gym

She’s been working hard on the set of her Sky One TV series Brassic.

So Michelle Keegan, 33, made sure to get in a workout in her home gym before she was back working on night sets once again.

The former Corrie actress took a selfie in front of the mirror in her home gym and looked incredible as she showed off her toned abs in a cropt top and shorts. 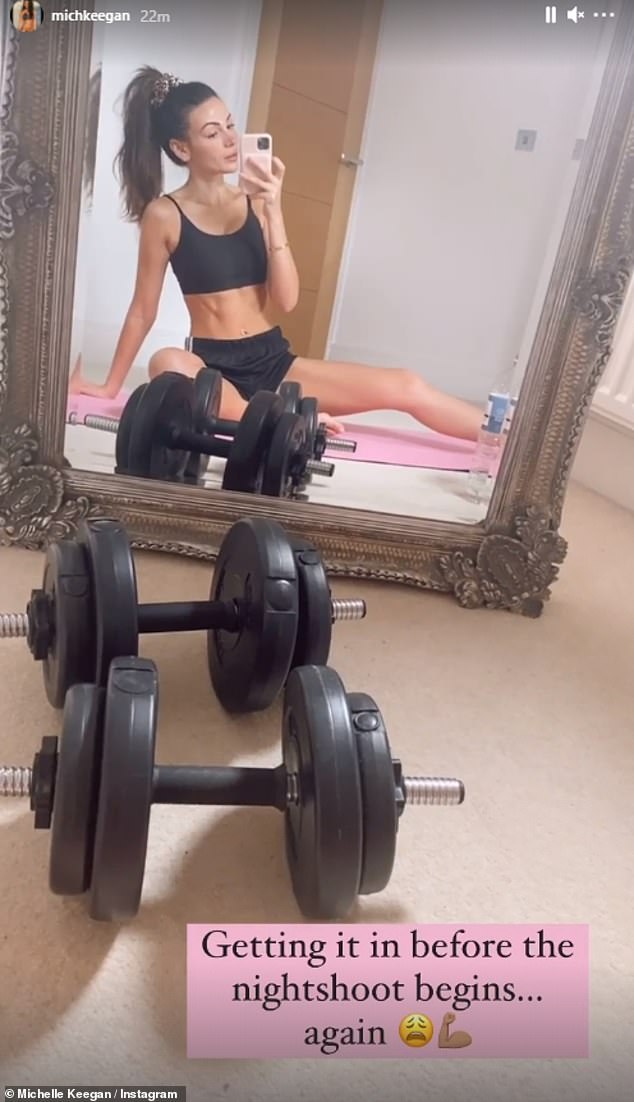 ‘Getting it in before the night shoots’: Michelle Keegan showed off her toned abs in a crop top and shorts as took a selfie in her home gym on Instagram on Friday

She had her long brunette locks tied in a high pony as she sat on a pink yoga mat as the inventive star got to work while the gyms are closed in lockdown.

Going make-up free for the snap, Michelle showed off her natural beauty, writing: ‘Getting it in before the nightshoot begins… again.’

Michelle’s scenes have not been the easiest to film and on Thursday, her Brassic character Erin Croft ran over a drunken reveller in her car during her friend’s hen do. 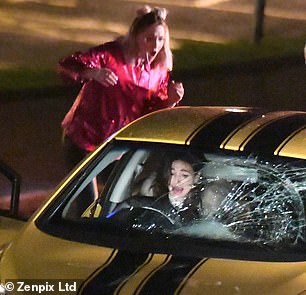 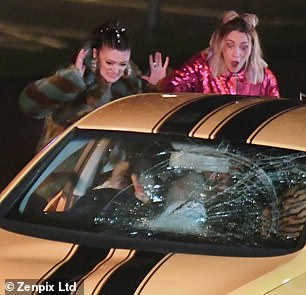 Smash! Michelle was back with a bang as filming for series three of Brassic continued on Thursday, after shooting had to be postponed due to a Covid-19 outbreak

She was pictured having an angry fight with the suited man on her friend’s hen do, before he flew over the bonnet of her car and smashed her windscreen.

Filming on Brassic had only just resumed following a Christmas break, but members of the cast and crew were believed to have tested positive for the virus. MailOnline contacted representatives for Sky One for comment at the time.

Michelle, who is married to fellow fitness lover Mark Wright, 34, was forced to stop filming last year to isolate as she was exposed to COVID. 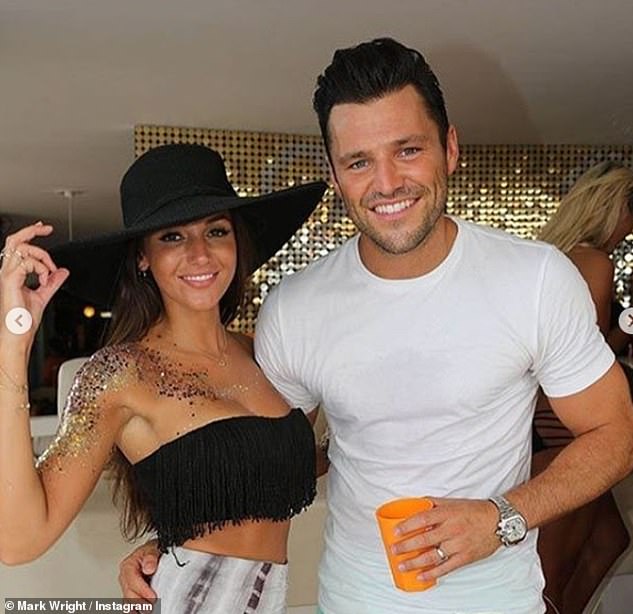 Love: Michelle, who is married to fellow fitness lover Mark Wright, 34, (pictured last year) was forced to stop filming last year to isolate as she was exposed to COVID

While she had come into contact with the virus, she had not contracted it. A source told MailOnline: ‘Michelle had to take time away from the Brassic set once again and has been laying low in Essex with her husband Mark Wright.

‘She only missed one day of filming. But she needed to isolate after she came into contact with someone in Manchester who had it.

‘Luckily it all happened very quickly and Michelle did not return to the Brassic set before isolating. So it didn’t affect filming too much.

‘She has spent last two weeks in total isolation. She will go back to filming at the end of this week.’ 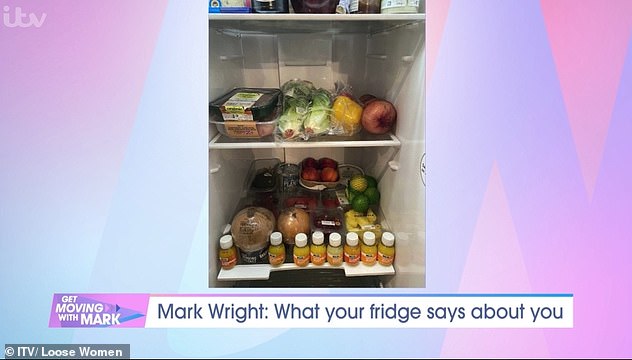 Health conscious couple: Mark showed off the inside of his incredibly healthy fridge on Loose Women on Wednesday as he continued to host his Get Moving With Mark segment