On Wednesday, January 20, around 10:45 ET in the morning, every group chat in the world started buzzing out of control. There was only one name being written in all caps by everyone involved: "MICHELLE OBAMA."

The former First Lady has always given the people what they wanted — and sometimes, what they didn't even know they wanted, but absolutely needed. While the inaugural events were about so much more than fashion and hair, we need to talk about the hair, particularly Mme. Obama's. She ate us all up that day, arriving in a burgundy monochromatic Sergio Hudson suit, with her hair styled in the most perfect, silky, bouncy curls.

It was some Disney movie fairytale-level stuff. And, no, it was not a troop of hot tool-wielding cartoon songbirds that helped her get the look. Quite the contrary. Those curls came courtesy of her longtime hairstylist Yene Damtew, whose expert skills damn near broke the social media altogether. Don't believe me? Let's let Twitter do the talking:

Given the hub-bub, we were absolutely compelled to hit up Damtew to get the details on the look. We got that, plus the tea on her new business coaching program, her working relationship with Obama, and how the conversation around Black hair and hairstyles is moving forward to this day.

Damtew, along with makeup artist Carl Ray and stylist Meredith Koop, collaborated to create the curls that rocked the world. Once Damtew got a look at the beautiful Sergio Hudson pieces Obama would wear on the big day, she knew exactly what to do. "We've been working together for more than a decade so, at this point, we know each other," Damtew says about the former First Lady. "She trusts me to pick a style that will work and I trust her to allow me some creativity."

So how can we mere mortals copy the look at home? Be prepared to get close and personal with your curling iron. "I started with creating curls with a one-inch barrel iron. Next, we did a curl set to lock in the curls," Damtew explains. She then took a round brush to create body and "soften" the curls, finishing off the look with a feather comb for some volume and hair spray so it would hold for the day. As Damtew demonstrated in a video tutorial, you can also achieve the look using a flatiron.

Damtew feels the love, too, calling the response to the look "humbling." If I had that level of talent, I wouldn't be humble, I would be shoving photos of my work in strangers' faces and making them compliment me, but Damtew is clearly on a different plane than the rest of us. 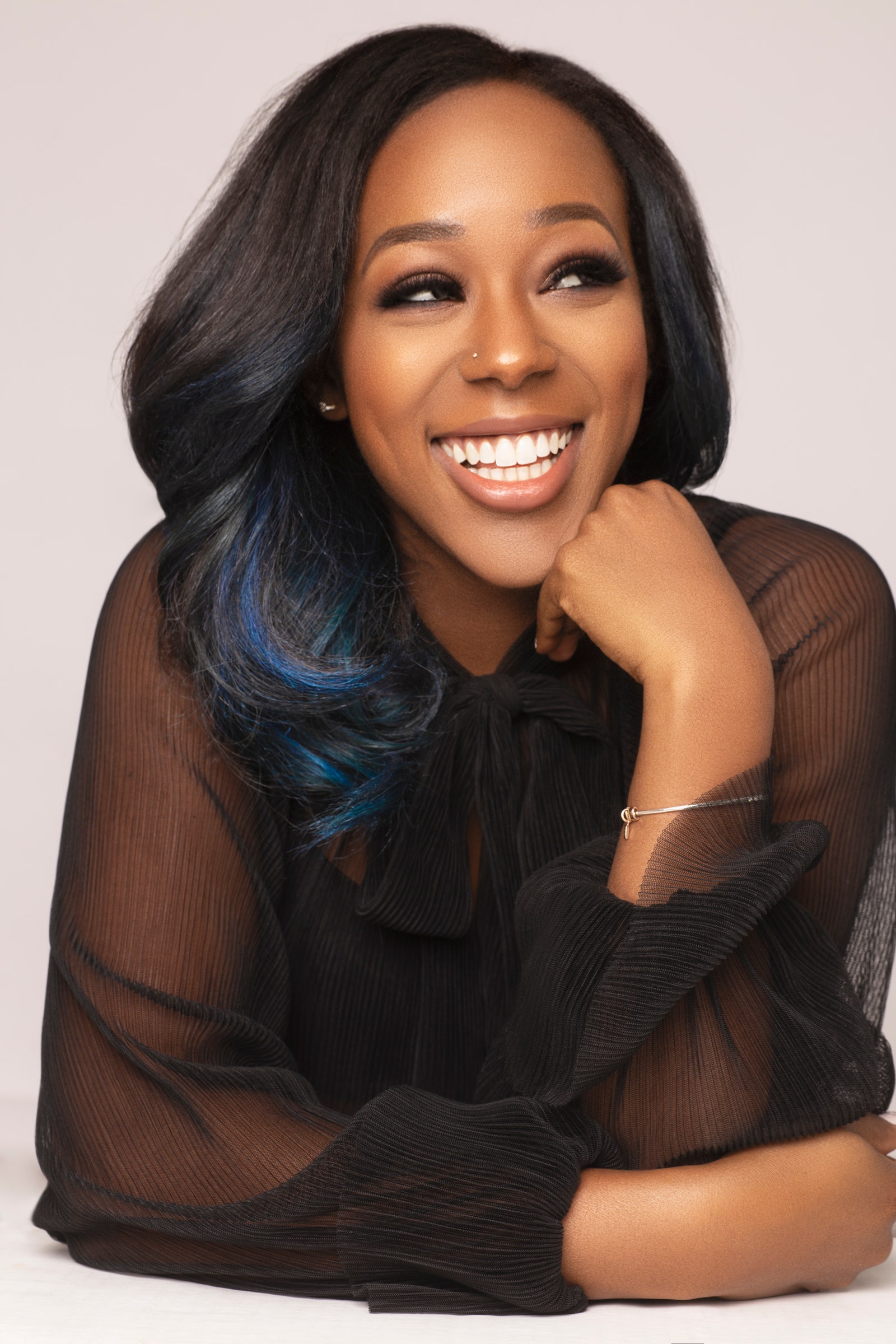 Damtew started working with the former First Lady while she was still in the White House and notably did the hair for the cover of Obama's book, Becoming. Their relationship has become a symbiotic one, of sorts. After all this time, deciding on a look doesn't require a lot of back-and-forth. "Some days you may feel like a similar style, others day you want something that will turn heads." Don't we all?

One of Damtew's favorite moments with Obama was her appearance on the cover of Essence in 2018, the first time the general public got to see the former FLOTUS wear her natural curls. "That was a really defining moment not just for me and Mrs. Obama, but for the millions of Black and brown women who've been told their natural curls are not professional or worthy to praise," says Damtew.

Black hair and Black hairstyles have become a huge part of the national conversation in the past few years. When Allure interviewed Damtew in 2018 ahead of the Becoming Michelle book tour, She had just opened a new salon, Aesthetics, right outside of Washington, D.C. In the few years since, we've seen several conversations about Black and how it's perceived shift.

Damtew was particularly excited about the progress toward passing The Crown Act, which would prohibit discrimination based on hairstyle and hair texture. "It's an important discussion and quite frankly, it is long overdue. I look forward to seeing this implemented in all 50 states. Natural, textured, ethnic — whatever you want to call it — it's all professional. No one should be told the way their hair grows out of their head is not work-appropriate." Say it louder for the people in the back, please.

Often cosmetology training comes from a very Eurocentric framework where any hair type that isn't stick-straight or slightly wavy is treated as if it doesn't exist. This means that a lot of hair schools aren't training people on how to work with Afro-textured hair unless they take an additional course that focuses on it, which is a shame. Now, more people are calling for all hair textures to be included in standard cosmetology licensing programs.

Damtew points to education (or lack thereof) being the inherent root of the problem: "Stylists should be going to school and learning how to style and care for all textures. Of course, you'll have an opportunity to specialize if you want to, but what we now know to be true is that texture isn't exclusive to one race or ethnicity." Plus, not knowing how to do all types of hair is affects your bottom line and your coin, as she is quick to point out: "As a businessperson, it also just makes more sense. You should be able to service anyone who walks through your doors, no matter their background. It's so disheartening to read stories about women, especially those of color, who hear, 'we can't do your hair.' It's 2021. It shouldn't be that way." Amen to that.

Of course, if you're an aspiring stylist, or even a working stylist looking to gain some business acumen, Damtew also runs The Academy by Yene Damtew, a 12-week course to help you secure the bag and build a brand and business both in and out of the salon. All the styling talent in the world won't teach you how to run a business, and Damtew is working to change that. "You're not just a stylist, you're a businessperson — even if you work for someone else," she says. "I think it's important for emerging stylists to do some internal grooming on themselves and their mindset before grooming others. My Academy teaches how to properly operate your business so you can go from simply running a business to driving one."

Given the hundreds of appointment requests Aesthetics salon got after Wednesday, we're pretty certain that Damtew knows a thing or two about driving a business.