‘Save a tractor, ride a hottie’: Miley Cyrus looks red hot in a sparkly Gucci jumpsuit as she climbs behind the wheel of a tractor

The 28-year-old singer donned a custom red sparkly Gucci jumpsuit and posed on a tractor while playfully remarking ‘Save a tractor. Ride a hottie.’

Other behind-the-scenes film photos included one with her mom Tish and stills from her glam session, and she continued to post more snaps heading back to LA on a private jet. 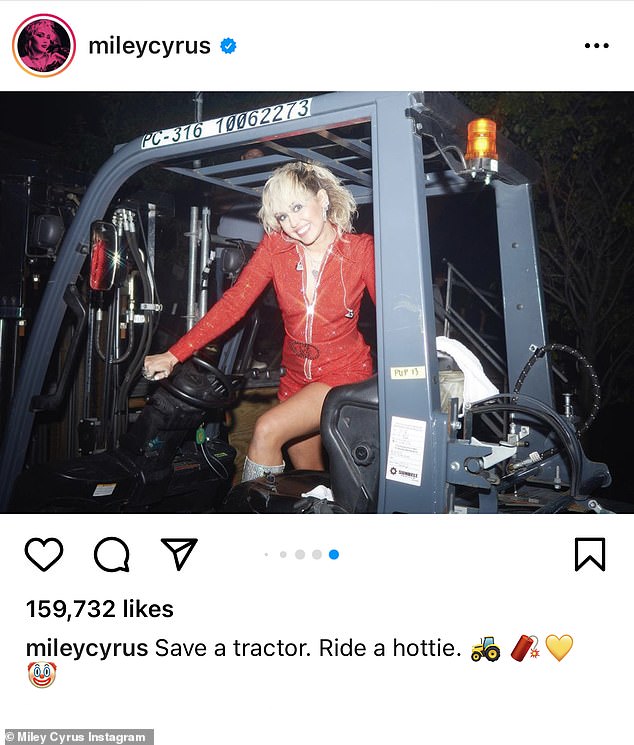 Hot to trot: The 28-year-old singer donned a custom red sparkly Gucci jumpsuit and posed on a tractor while playfully remarking ‘Save a tractor. Ride a hottie’

Climbing behind the wheel of a tractor, the Plastic Hearts singer showed off her legs in a diamond encrusted jumpsuit and sparkly platform boots.

She had previously confessed that both Gucci pieces worn on stage were ‘hand flown from Italy & delivered personally to me!’

Cyrus’ dressing room for the event was naturally decorated for comfort and she was surrounded by her team which included her glam squad and her mom Tish. 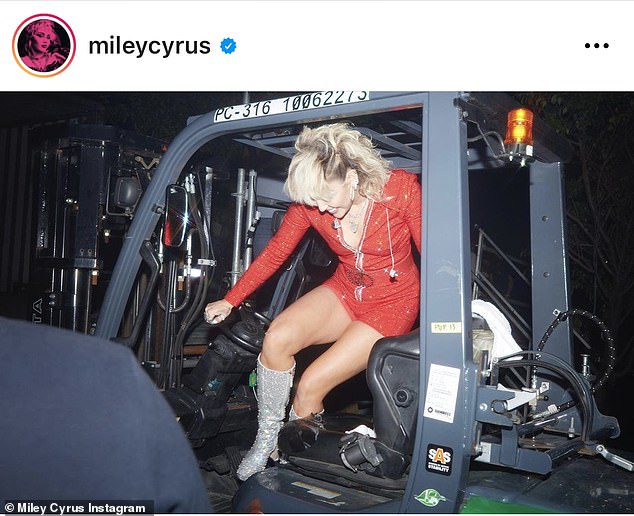 Driver’s seat! The Plastic Hearts singer showed off her toned legs while playfully pretending to drive a tractor 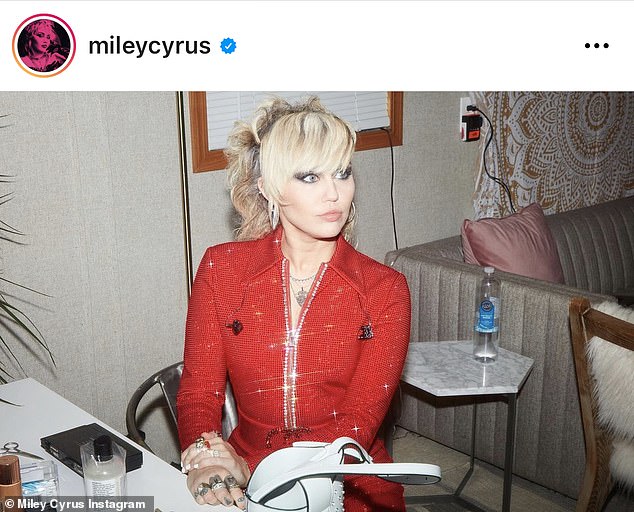 Dolled up: The Lollapalooza headliner’s film stills included some photos of her getting glam 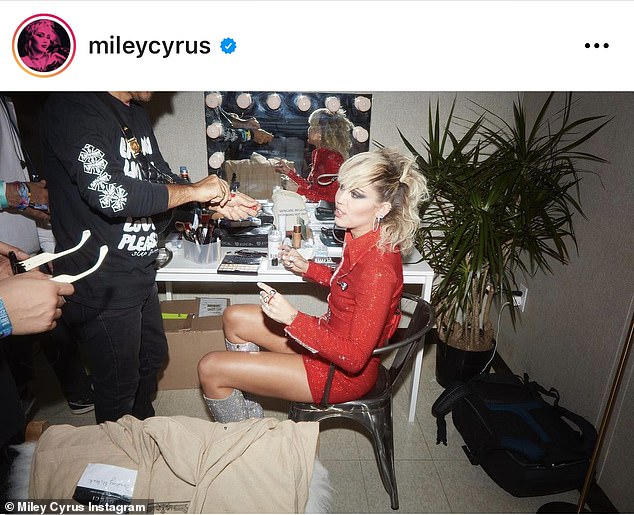 Stage ready: The intimate snaps showed the singer prepping for her performance on July 29

A headliner for night one of Lollapalooza, Miley brought out Billy Idol, The Kid LAROI, Juicy J and Wiz Khalifa as part of her set.

She lit up the crowd as she performed newer songs as well as classics like Party In The USA and We Can’t Stop.

And as an additional fun twist she and the rappers surprised concertgoers with a rendition of Juicy J’s hit Bandz A Make Her Dance.

Miley let loose and twerked before kneeling on all fours for the very energetic performance. 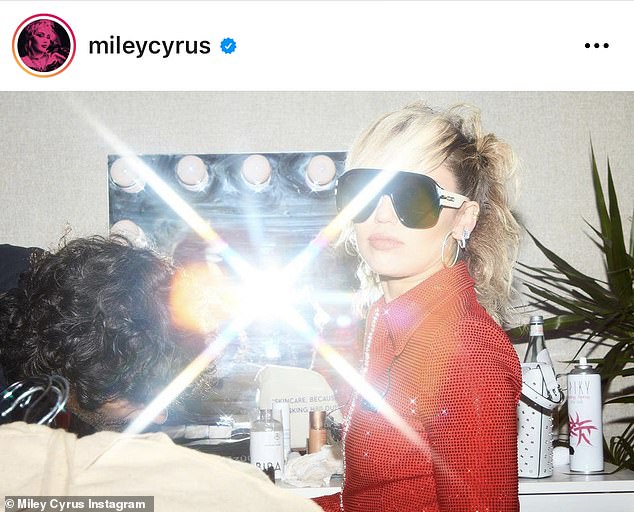 Flashing lights: In another artful snap she was flooded from the camera flash bouncing off the mirror 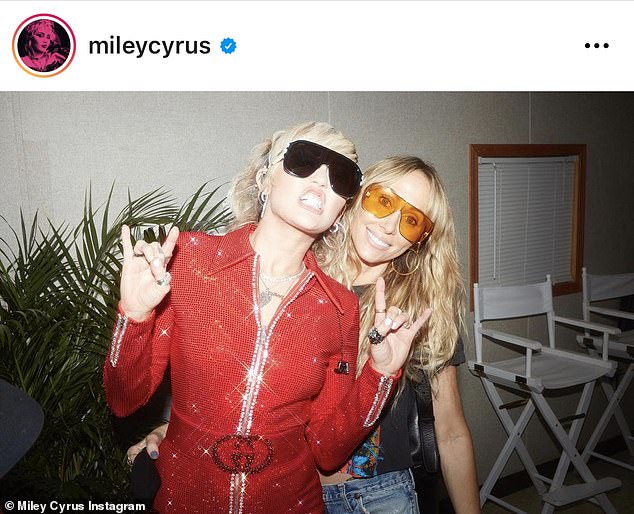 Support system: Her mom Tish was present in one of the snaps while she threw up bull horns

She also used graphics that said ‘Free Britney’ accompanied by handcuffs after she had previously shouted out support for the Toxic singer during a Las Vegas performance.

After her whirlwind weekend she jetted back to LA by way of private jet. ‘Flyin high up on the bird acrophobia,’ she wrote in her caption, nodding to a fear of heights.

Continuing on a red kick she sported a scarlet pant suit with a green tie around her neck and white cowboy boots.

She kicked her feet up and tilted her head of shaggy blonde hair back while wearing oversized aviator sunglasses. 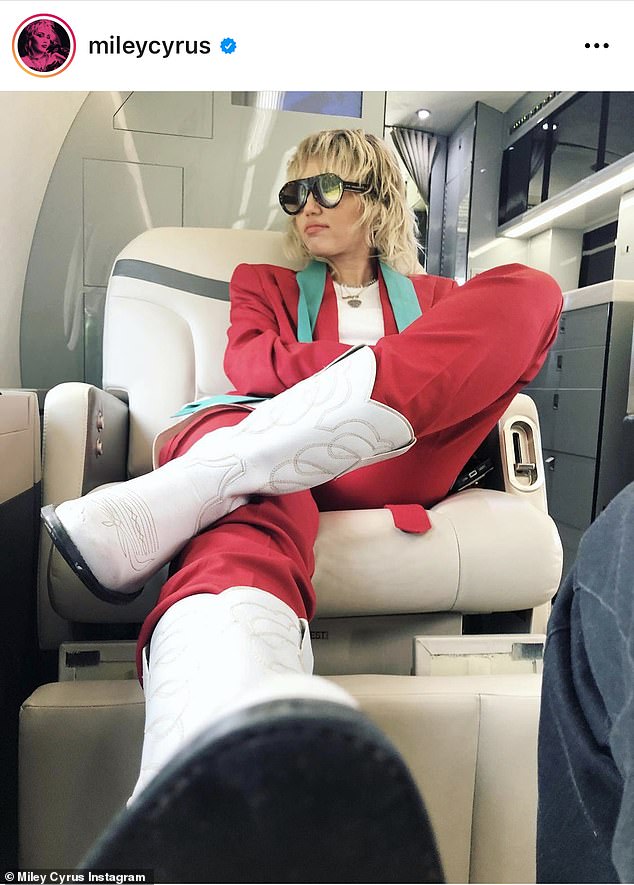 Jet life: ‘Flyin high up on the bird acrophobia,’ she wrote in her caption 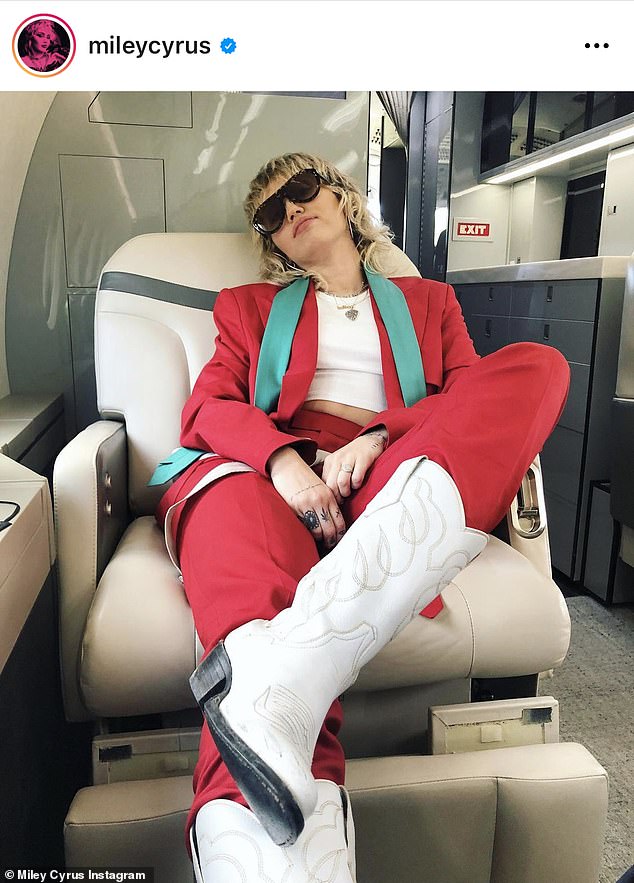 Seeing red: Continuing on a red kick she sported a scarlet pant suit with a green tie around her neck and white cowboy boots

Miley is set to continue touring with an upcoming September 4 performance at the BottleRock Festival in Napa, California followed by Summerfest in Milwaukee and Austin City Limits two October weekends in a row.

And recently she entered the beauty space as she was named the face of a new Gucci fragrance called Flora Fantasy.

Speaking about her fragrance she said it was all about embracing her ‘different notes’ as a person — ‘some subtle and some bold.’ 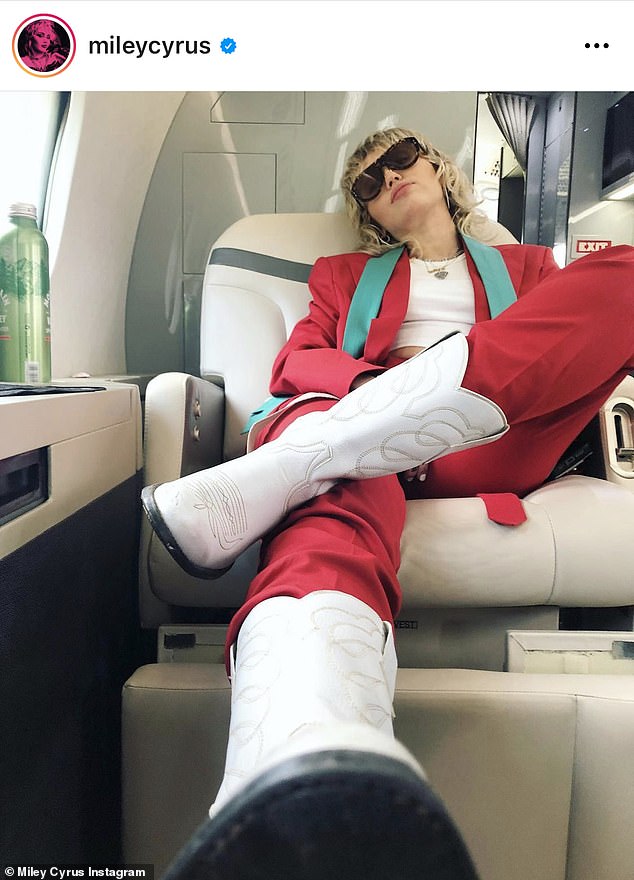 Laidback: Following a whirlwind weekend in Chicago she was headed back to California 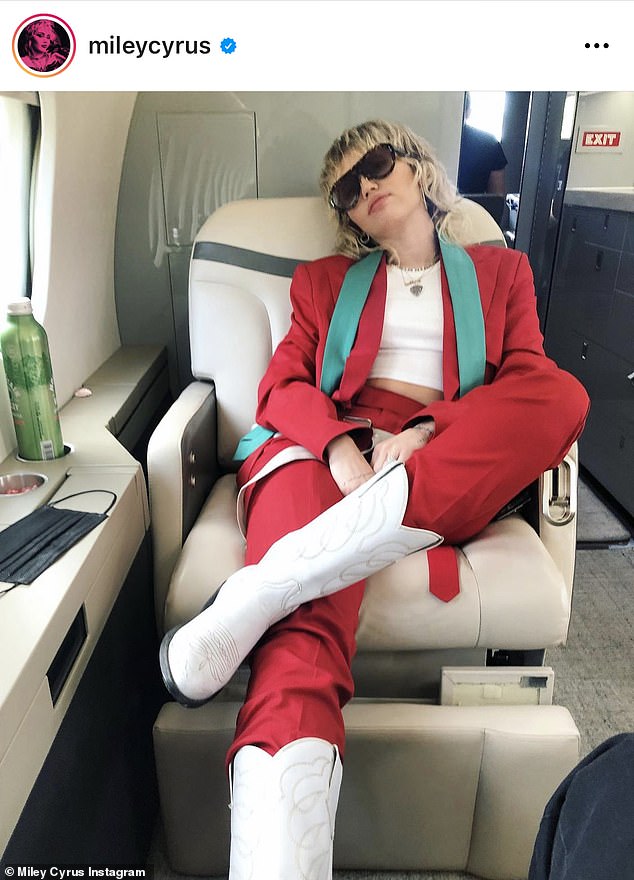 On the road: Her upcoming tour dates include a September 4 performance at Bottlerock Festival in Napa and Summerfest in Milwaukee