‘He taught me everything I know about acting’: Mira Sorvino’s tearjerker Oscars speech that left her Goodfellas father Paul Sorvino SOBBING blows up online following his death at age 83

Hollywood actor Paul Sorvino died unexpectedly at the age of 83 on Monday after suffering health issues over the past few years.

Soon after word spread that he had passed, a clip of his daughter Mira Sorvino of Romy And Michele’s High School Reunion fame mentioning her dad Paul during her Oscar acceptance speech for Best Supporting Actress for her turn in the 1995 film Mighty Aphrodite made the rounds.

The clip was touching as when Mira said on stage that her father Paul taught her everything she knew about acting, he covered his face with his hands and broke down in tears as he sat next to her mother Lorraine Davis. 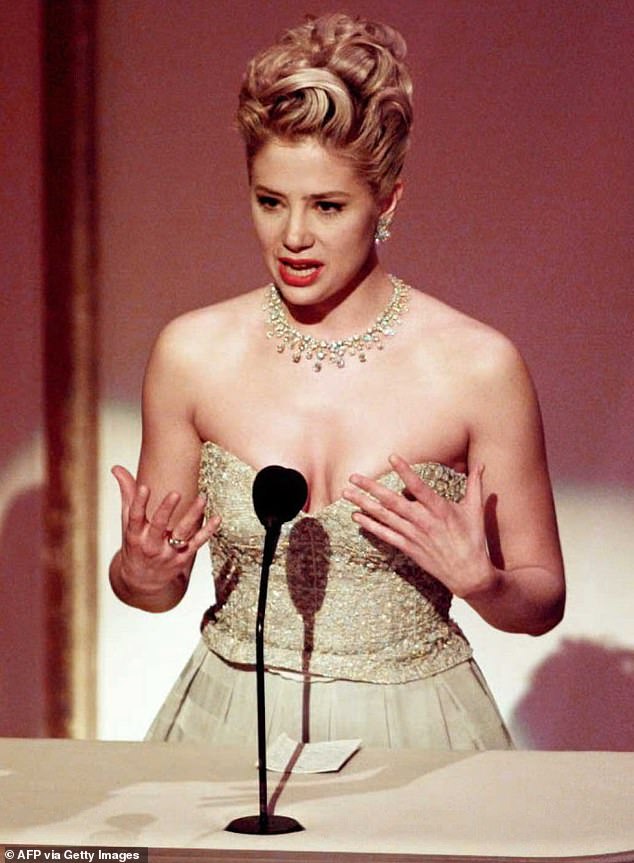 Thanks dad: A clip of Mira Sorvino paying tribute to her father Paul Sorvino during her Academy Award acceptance speech in 1996 has gone viral after his death at age 83 on Monday 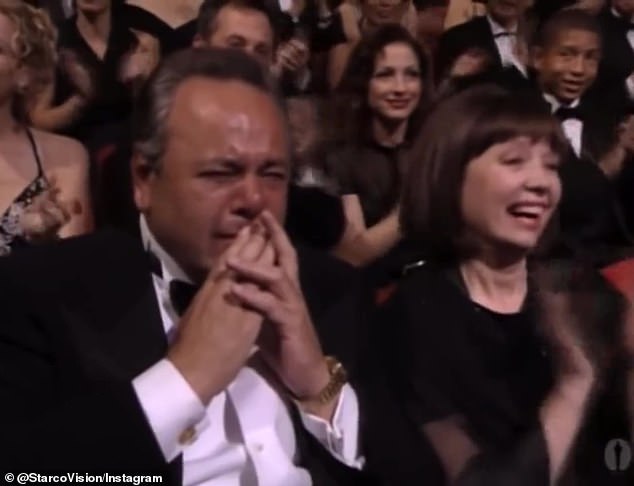 Tears: The clip was touching as when Mira said on stage that her father Paul taught her everything she knew about acting, he covered his face with his hands and broke down in tears as he sat next to her mother Lorraine Davis

The speech took place at the 68th Academy Awards in 1996 which was held at the Dorothy Chandler Pavilion in downtown Los Angeles.

‘When you give me this award, you honor my father, Paul Sorvino, who has taught me everything I know about acting,’ said Mira who wore her blonde hair up in a bun as she added a stunning diamond necklace.

Soon after news of Paul’s death, Mira took to Twitter to express her sadness.

‘My father the great Paul Sorvino has passed. My heart is rent asunder- a life of love and joy and wisdom with him is over. He was the most wonderful father. I love him so much. I’m sending you love in the stars Dad as you ascend.’ 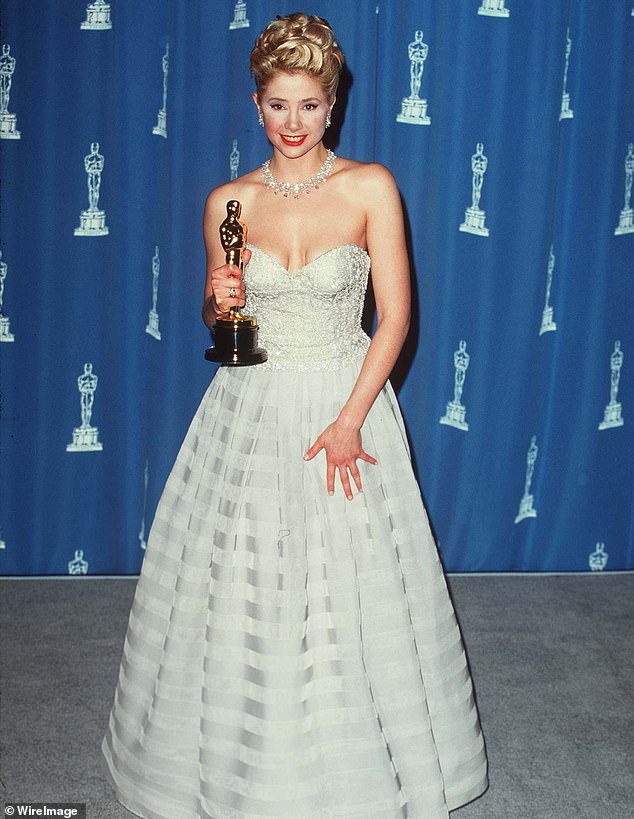 So long ago: The speech took place at the 68th Academy Awards in 1996 which was held at the Dorothy Chandler Pavilion in downtown Los Angeles 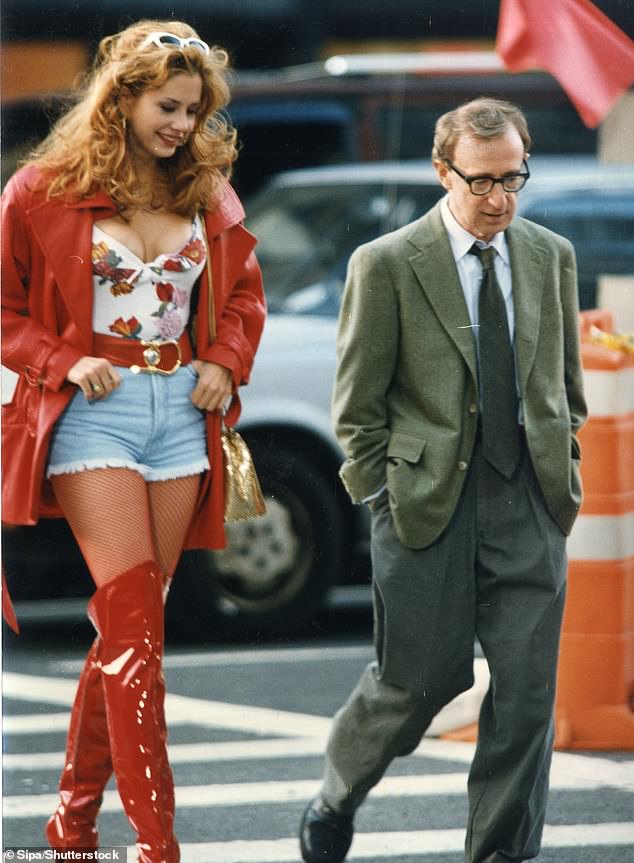 The gold: She won the award for her turn as a savvy streetwalker opposite Woody Allen in the 1995 film Mighty Aphrodite

The two were always close.

In April, she wished him a happy 83rd birthday. ‘A very Happy Birthday to my father Paul Sorvino,’ she wrote on Twitter alongside a black and white throwback image of herself and her father.

‘I miss you so much and hope to be together in person very soon!’ the Barcelona star added.

When Sorvino learned that Mira had been among the women allegedly sexually harassed and blacklisted by Harvey Weinstein in the midst of the #MeToo reckoning, he told TMZ that if he had known, Weinstein, ‘Would not be walking. He’d be in a wheelchair.’

Heartbroken daughter: Mira posted a tribute to her late father on Monday: ‘A life of love and joy and wisdom with him is over’

‘He better hope that he goes to jail. Because if we come across [each other] I think he will be lying on the floor’, Sorvino told the news outlet in 2018.

Mira claimed Weinstein’s attempts to engage with her began in 1995, when she was promoting her role in Woody Allen’s Mighty Aphrodite. He began to massage her shoulders while the two were alone in a hotel room at the Toronto Film Festival according to Mira, who said that he then tried to take things further but she was able to ward him off at the time. 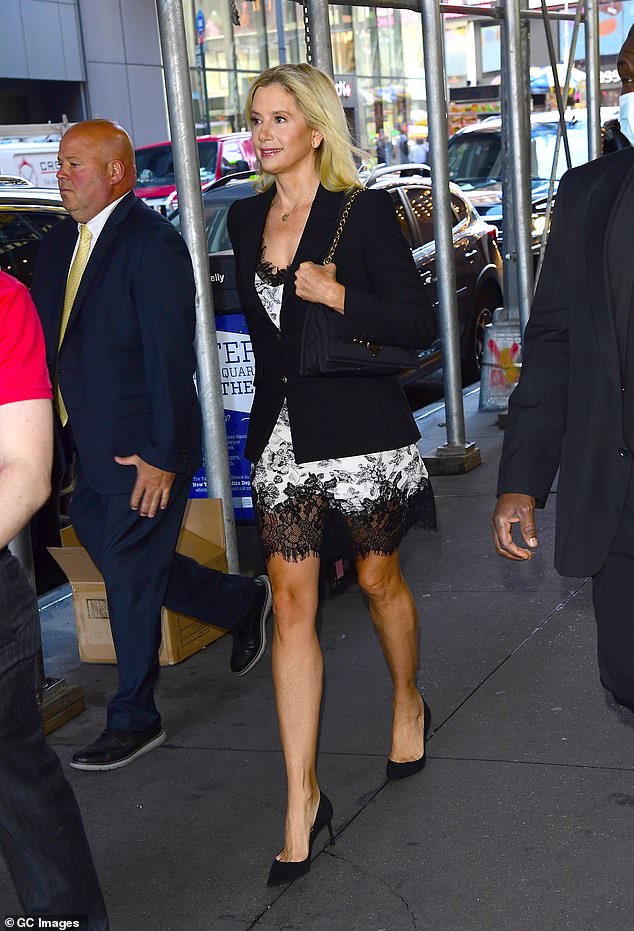 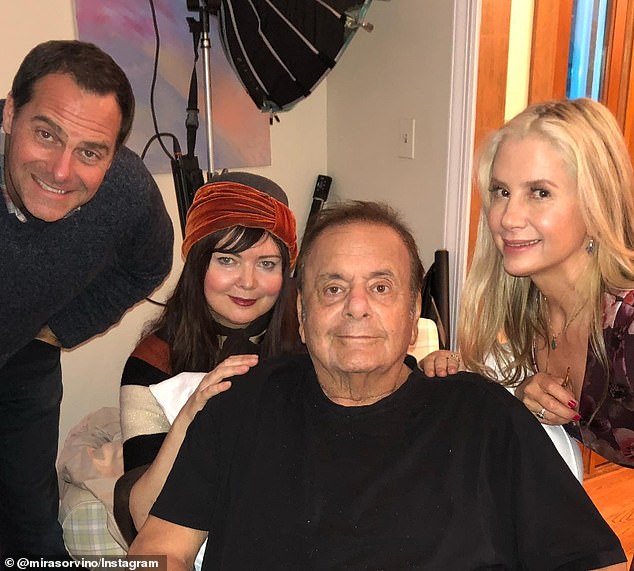 One of his last photos: from left, Andy Buckley, his wife Dee Dee Benkie, Paul and Mira are pictured together in February 2020

A few weeks later he managed to bypass her doorman and make it up to her apartment around midnight, at which point she told him her boyfriend was on the way after calling a male friend to rush over.

Mira believes that this rejection of Weinstein ultimately hurt her career.

‘There may have been other factors, but I definitely felt iced out and that my rejection of Harvey had something to do with it,’ said the actress.

Mira later added that her story ‘pales in comparison’ to some of the others.

His publicist Roger Neal told DailyMail.com Sorvino died Monday morning in Indiana of natural causes. His wife of eight years, actress and political pundit Dee Dee Benkie, was by his side. 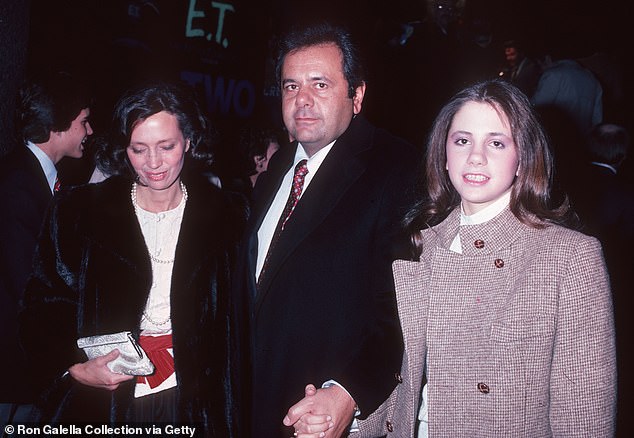 Family ties: Sorvino (center) is pictured with his first wife, Lorraine Davis (left) and their daughter Mira (right) in December 1982 in New York City during the premiere of That Championship Season 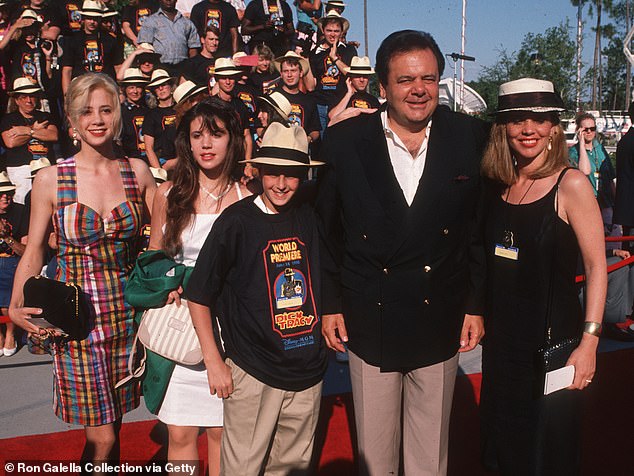 Another event: Mira, Amanda Sorvino, Charlie Korsmo, Paul and his second wife, Vanessa Arico, are pictured together in June 1990

‘Our hearts are broken, there will never be another Paul Sorvino, he was the love of my life, and one of the greatest performers to ever grace the screen and stage,’ Benkie said in a statement.

In his over 50 years in the entertainment business, Sorvino was a mainstay in films and television. He would often say that while he might be best known for playing gangsters, his real passions were poetry, painting and opera.

The star was most famous for his role as Paul Cicero in the 1990 smash hit mobster movie Goodfellas with Ray Liotta, Robert De Niro and Joe Pesci.

He played an Italian American communist in Warren Beatty’s Reds, Henry Kissinger in Oliver Stone’s Nixon and mob boss Eddie Valentine in The Rocketeer. He also had a recurring part as Sergeant Phil Cerreta on the hit crime TV show Law & Order. 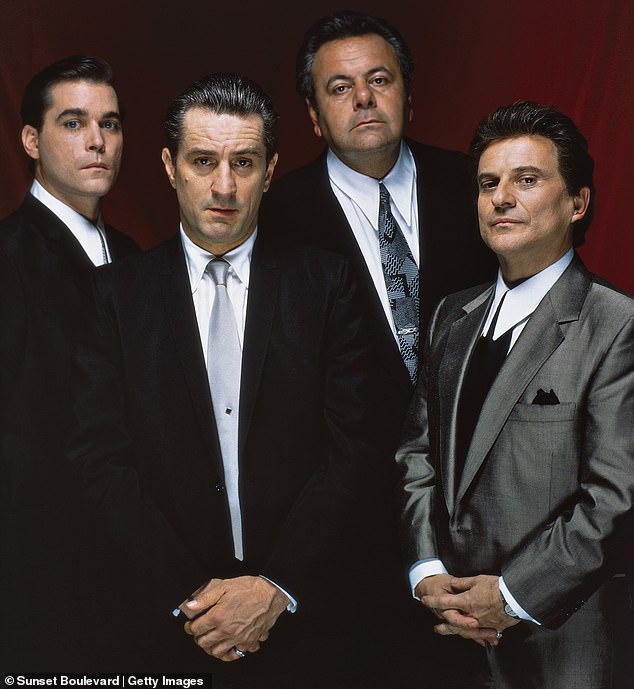 A classic: The star was best known for his role as Paul Cicero in the 1990 smash hit mobster movie Goodfellas with Ray Liotta, who also died this year, and Robert De Niro. From left, Liotta, De Niro, Sorvino and Joe Pesci

Sorvino married actress Lorraine Davis in 1966. The pair had three children together – including Academy Award-winning actress Mira Sorvino, before they divorced in 1988.

He remarried in 1991 to real estate agent Vanessa Arico, but the pair separated about five years later in 1996.

Sorvino seemed dedicated to his family, even directing and starring in a film written by his daughter Amanda Sorvino and featuring his son Michael Sorvino.

He was proud of his children and cried when eldest Mira won the best supporting actress Oscar for Mighty Aphrodite in 1996. He the Los Angeles Times that night that he didn’t have the words to express how he felt.

‘They don’t exist in any language that I’ve ever heard – well, maybe Italian,’ he said of his daughter’s accomplishment.