‘They were massive and poorly done’: Olivia Attwood laments her first boob job and admits she failed to adequately research the procedure

Olivia Attwood has confessed that she ‘regrets’ her first boob job, which she underwent in 2010 before replacing her implants in 2019.

The reality star, 29, spoke about having her first enhancement, saying her implants were ‘done poorly’ as she had failed to research her surgeon and the procedure, leading to her encouraging fans to research before they go under the knife.

The chat came to be when Olivia took to her Instagram Stories on Friday to host a Q&A session with fans, in which she stated: ‘Ask me anything’. 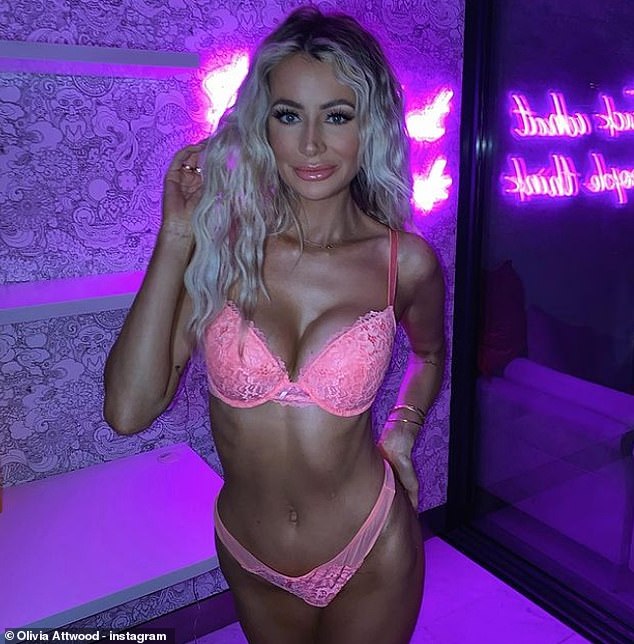 Regrets: Olivia Attwood revealed she has ‘regrets’ about getting her boobs done the first time, saying they were ‘done poorly’ during a Q&A with fans on Instagram on Friday

In 2019, Olivia revealed she had her boobs reduced for smaller implants.

At the time she said: ‘I had a downsize – old ones out, new ones in, because I’d had those implants since I was 19. They were really heavy and too big for my body, so I was starting to get some really bad aching.’

On Friday she was again discussing the surgery after her first query over her boob job in the Q&A, saw a follower ask: ‘Do you regret anything about your boob job? I’m getting my done next month!’ (sic).

The famously candid star then admitted to her regrets, saying: ‘Erm well I have had 2 now! The first set were just massive and done poorly – with little to no research – I guess I regret that to an extent. 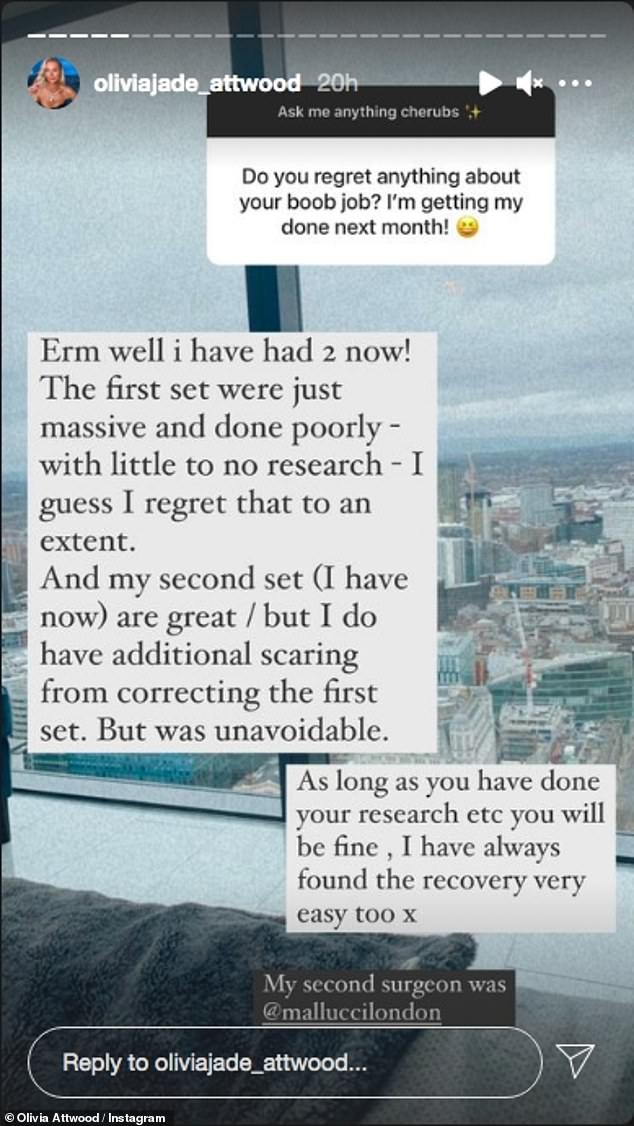 Advice: The Love Island star, 29, spoke candidly about her surgery and said that as long as the fan had done their ‘research’ they will ‘be fine’ 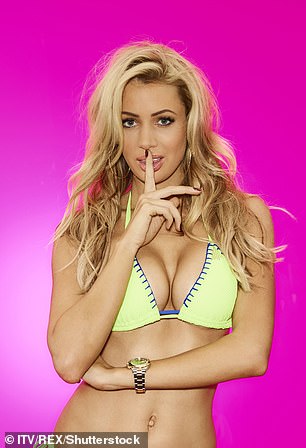 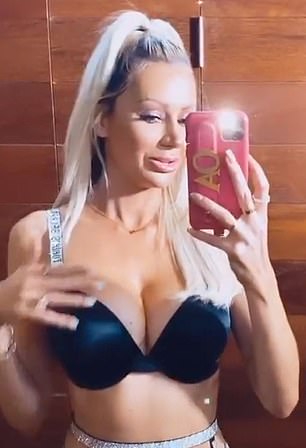 Way back when: She showed her older larger assets on Love Island in 2017 (left) before changing her implants (pictured last year)

‘And my second set (I have now) are great / but I do have additional scaring from correcting the first set. But was unavoidable. (sic). As long as you have done your research etc you will be fine, I have always found the recovery very easy too x’.

The former Love Island contestant went on to give fans ‘post boob job recovery tips’ adding that they should take time to ‘recover’ from the procedure.

She wrote: ‘Just to do just that – recover! Don’t be tempted to do too much too soon!! Even if you feel amazing and no pain – just stay resting.

‘Honestly I learned the hard way with my first one. And be religious with wearing your post surgery bra / sports bras. It makes a huge difference to your end result!’ 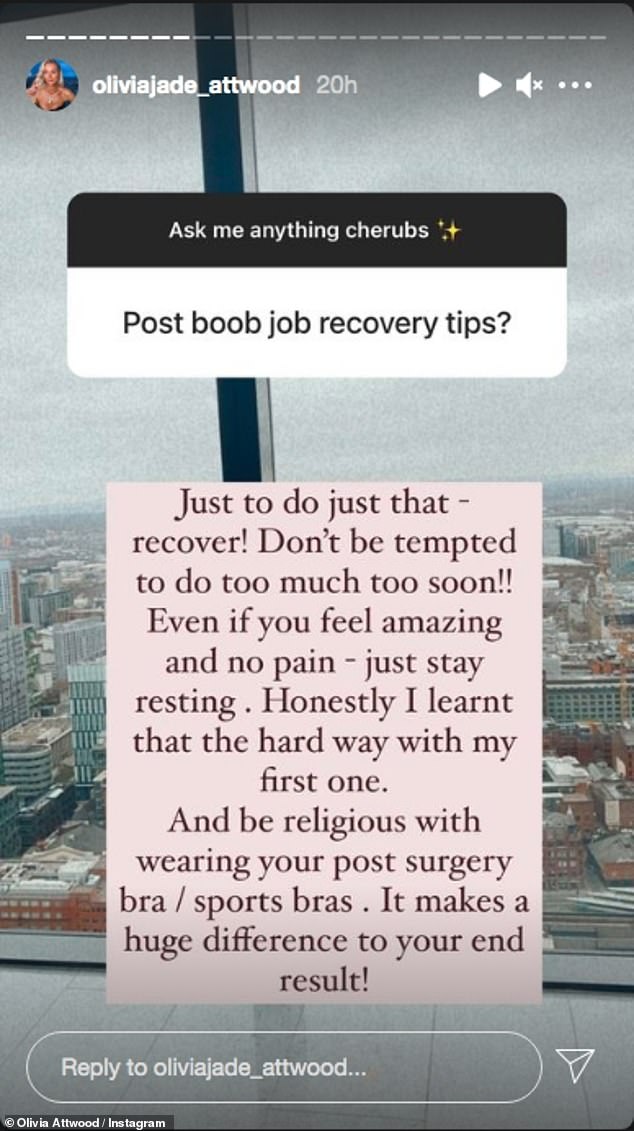 Recovery: Olivia went on to give fans ‘post boob job recovery tips’ adding that they should take time to ‘recover’ from the procedure and she learned ‘the hard way’ 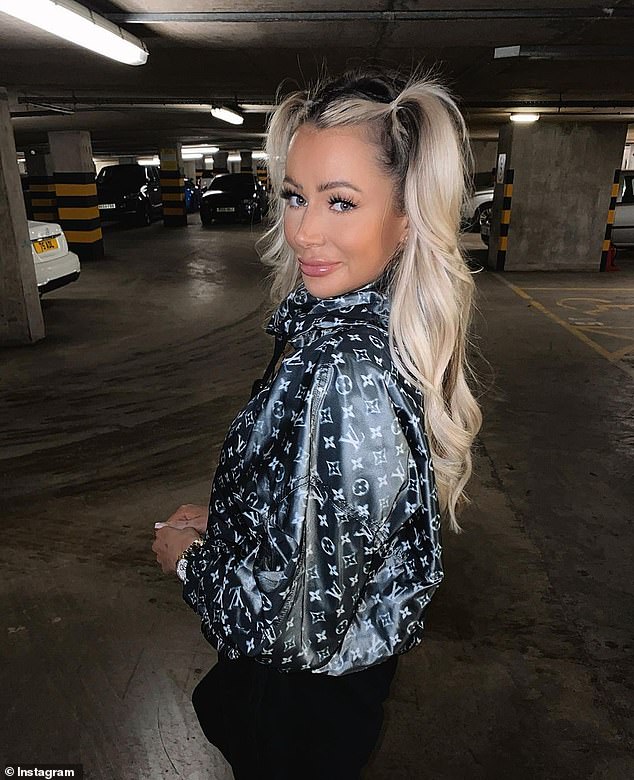 Beautiful: The reality star spoke to fans about having had two boob jobs and said she had ‘unavoidable’ scaring from ‘correcting the first set’

Olivia went on to talk candidly about her ‘lowest point’ and jokes she’ll save the rest of her stories ‘for the book’.

One fan asked: ‘Which was the lowest point in your life and how did you get through it?’

The star responded: ‘About a year before Love Island. Fell out of one toxic relationship and into another icy one – was living alone and working like a maniac.

‘Not looking after myself at all. Everything sort of came to a head – and I ended up reaching out for help, I went onto antidepressants and went home to live with my mum and dad for a few weeks.

‘Which I found mentally hard because I had moved out so young – going back felt like I was failing but I needed it and eventually it got better. 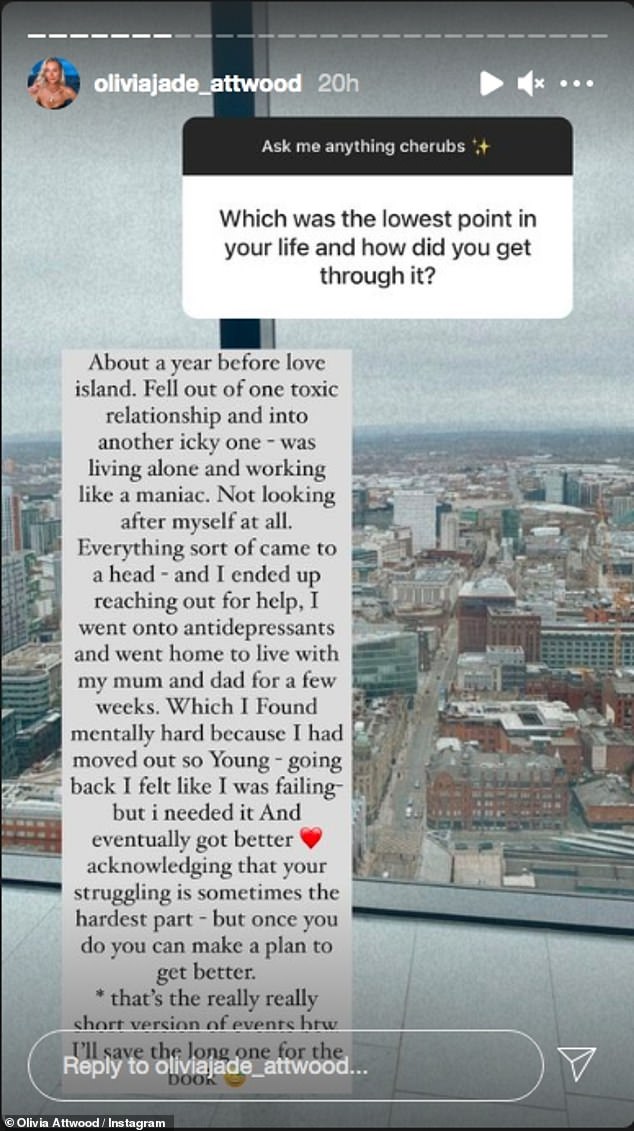 ‘I reached out for help’: Olivia went on to talk candidly about her ‘lowest point’ and jokes she’ll save the rest of her stories ‘for the book’

‘Acknowledging that your struggling is sometimes the hardest part – but once you do you can make a plan to get better. * that’s the really really short version of events btw I’ll save the long one for the book.’

Recently, the TOWIE star revealed her upcoming wedding is ‘on pause’ amid Britain’s ongoing coronavirus restrictions.

Olivia  told how the couple have done ‘everything they can do’ in terms of preparations but their wedding planner is currently on furlough and their venue is shut due to lockdown.

Speaking on Vicky Pattison’s The Secret To podcast, Olivia said she and fiance Bradley Dack, 27, have discussed pushing the wedding to 2022. 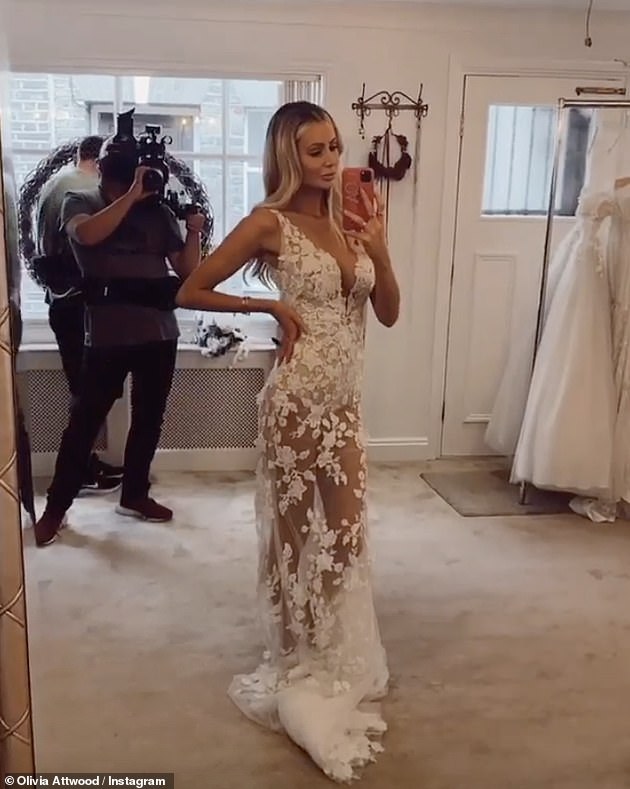 Up in the air: Olivia recently revealed her upcoming wedding to fiancé Bradley Dack is ‘on pause’ amid Britain’s ongoing coronavirus restrictions

She said: ‘It’s a weird one, isn’t it? Wedding planning is going well, I’ve got an amazing wedding planner, we’re all systems go… all I can really say now is we’re on a pause.

‘We’ve done everything we can do to this point, so the wedding planner is on furlough, the venue is shut, we’ve kind of reached a point now where there’s nothing more we can do, it’s kind of a waiting game.

‘We’ve been having the conversation sort of the last couple of weeks on and off, just saying do we pull the plug on this and push it to 2022 or do we keep waiting?

Olivia and footballer Bradley announced their engagement in October 2019 after he proposed during a romantic trip to Dubai. 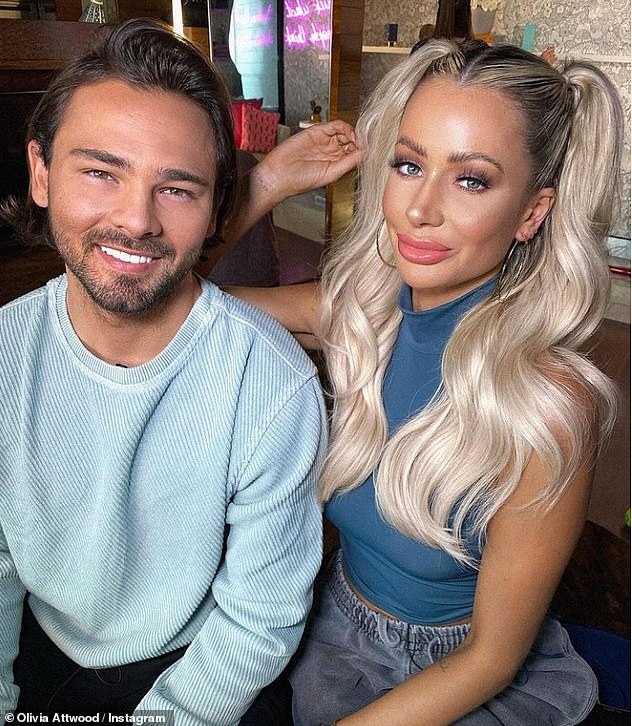 Delay: Olivia said the couple have done ‘everything they can do’ in terms of preparations but their wedding planner is currently on furlough and their venue is shut due to lockdown