Home » Celebrities » Olly Murs issues grovelling apology amid mistake with The Voice contestant: ‘Poor from us’

Olly Murs, 35, took to his Twitter account to apologise to Drew Thomas, 27, after he failed to turn his chair around for him on tonight’s The Voice episode. The Heart Skips A Bit hitmaker admitted it was “poor” from him and his colleagues on the talent show to have not given him a chance, as all four judges including Sir Tom Jones, Will.i.am and Anne-Marie kept their chairs turned away from Drew throughout his amazing rendition of Taylor Swift’s Exile.

I am absolutely gutted

Olly typed: “Wow @drewthomasmusic watching the show back… poor from us!

“I can only apologise and say sorry mate!

“Such a Beautiful song and top voice! I am absolutely gutted.”

Some viewers of the show were also unhappy with Olly’s decision as they said Drew “deserved a turn”. 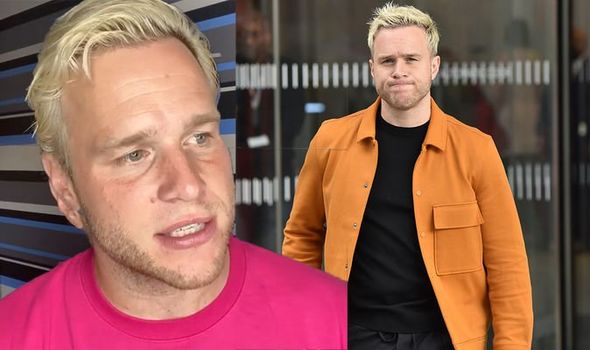 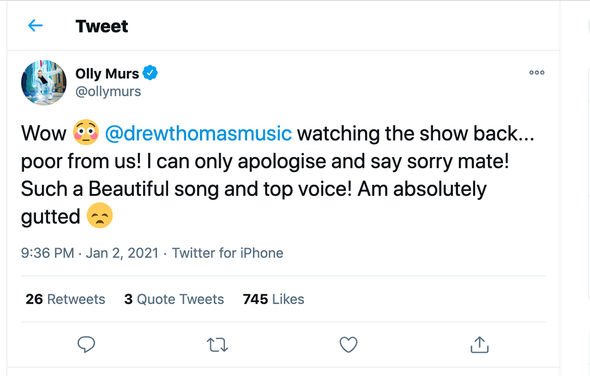 One said: “Really think you all stop worrying who’s the winning coach. Your playing with people’s lives here, that guy deserved a turn. Apologies are no good.”

Another replied: “Gutted for him he was brilliant, couldn’t believe no one turned.”

However a third wrote: “No big deal lots of people don’t get turns and they come back the year after.”

While Drew appeared to take the rejection in his stride, as he thanked Olly and his colleagues for watching his performance. 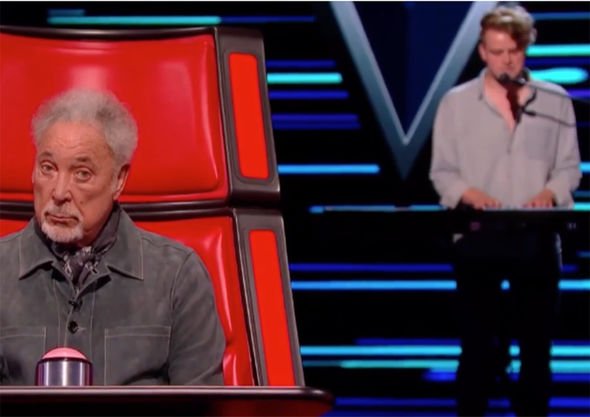 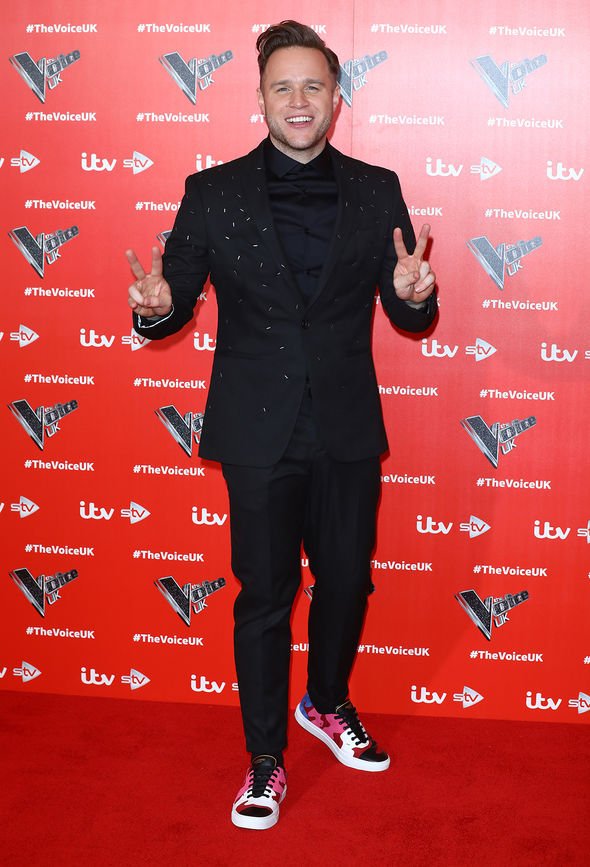 He responded: “Thanks so much, mate! Was great to perform for you guys!”

Drew is originally from Nottingham but is now residing in London after he first established himself as a solo act back in 2018.

The rising star told Turtle Tempo that he has no plans to quit music, and will continue playing shows.

He said: “I want to make music for the rest of my life and, once the world gets back to normal, start playing a lot more shows with a full band behind me instead of on my own. I played a headline show in London at the end of last year and the response to my music was so overwhelming. I can’t wait to do it again.”

Meanwhile Olly has revealed he is ready to get back in the studio and begin working on new music after returning to the new series of The Voice.

His most recent album was 2018’s ‘You Know I Know’  and he is hoping to release new music next year.

The star took a break this year after spending some time recovering from a 2019 knee operation.

Speaking on an Instagram Live chat, he explained: “In lockdown, I’ve missed music a lot. I needed this break because I was exhausted and needed rehab for my knee.

“I’ve really connected back to my music in lockdown.

“I’m really buzzing to do more music. I’m hoping over the next year or so there will be new tunes.”

The Voice continues next Saturday on ITV at 8.30pm.