Peter Andre challenged government plans to dole out a maximum 10-year prison sentence to people that lie about their recent travel history – amid the COVID-19 pandemic on Tuesday.

Speaking in New! magazine, the Australian pop star, 47, who is recovering from the virus, slammed the decision and said: ‘I think the sentence seems disproportionate to other crimes and when I first read this I thought it sounded ridiculous.’

‘But when you read into it you realise that if someone has travelled back from a hot zone and brought back a new, potentially lethal strain, into the UK then they could be causing major problems,’ the Mysterious Girl singer backtracked. 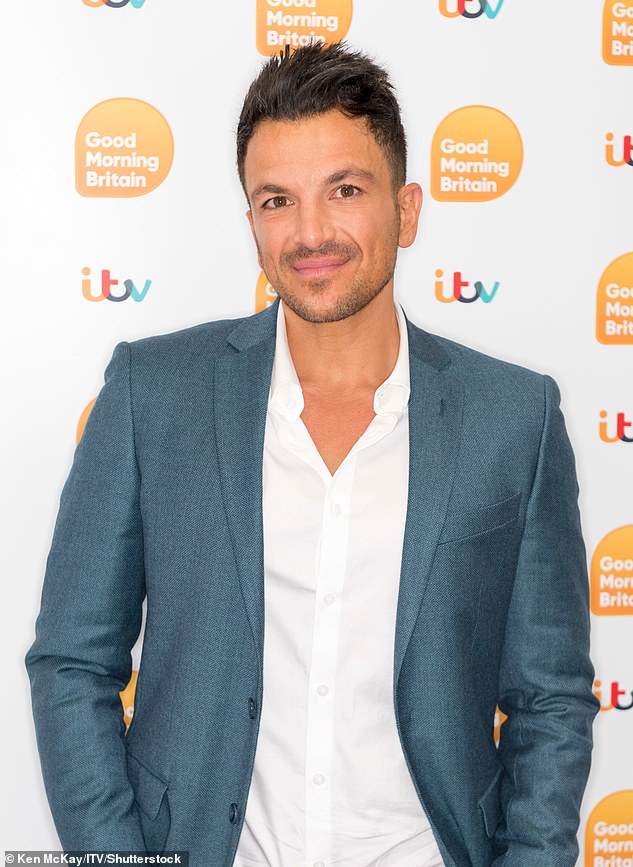 Voice of the people? Peter Andre challenged the governments plans to dole out a maximum 10-year jail sentence to people that lie about their recent travel history on Tuesday

‘I am a little confused though,’ he admitted. ‘Surely they know where you’ve been at passport control – they just need to check your flights. Anyone else confused?’

As of Monday, all arrivals from 33 ‘red list’ countries will have to pay £1,750 to quarantine for 10 days in Government-designated hotels.

Health secretary Matt Hancok said travellers who try to hide having been in high-risk countries could be jailed for up to 10 years.

However, amid disquiet in Cabinet, Downing Street confirmed the law is not going to be changed at all, and any action would be within the existing provisions of the Forgery Act. 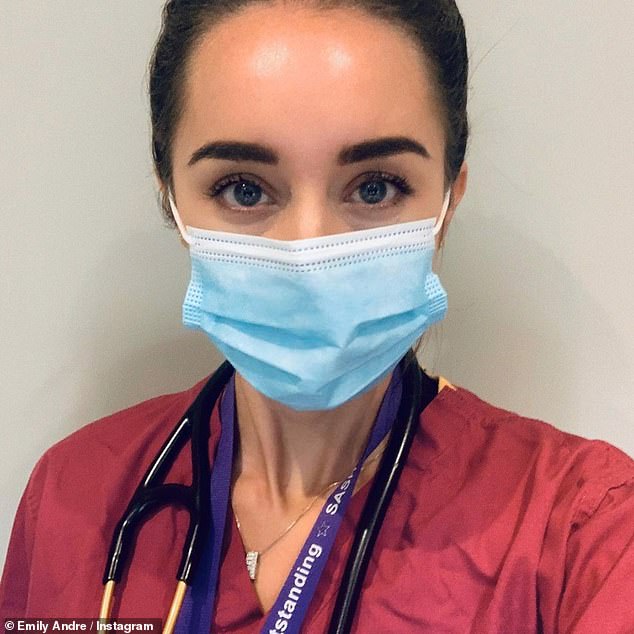 But rather than the jail time debate, Emily took umbrage with the suggestion to extend the school year’s final term by two weeks to make up for lost teaching time.

She wrote: ‘I think it depends on the age of the child as to whether or not that’s going to be necessary.’

Peter and Emily have two children of their own: Theo, aged three and Amelia, aged seven. 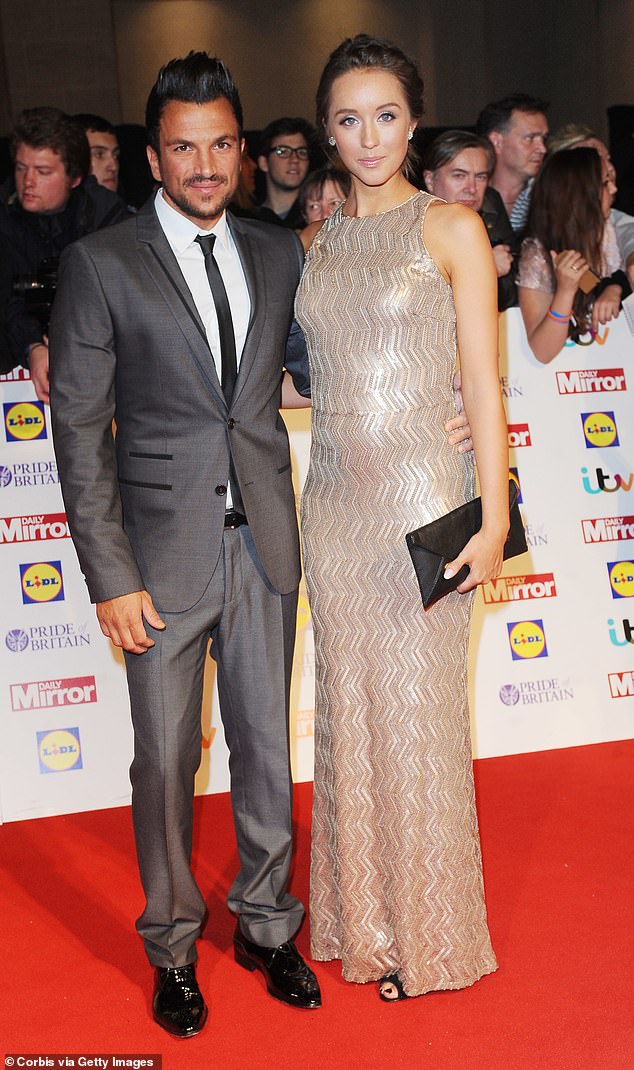 Schools out! The mother-of-two didn’t think it was necessary to extend school into the summer for younger children like her own daughter Millie (pictured in 2013)

Emily continued:  ‘I think it’s much more difficult for older children, especially those doing their GCSEs, We’ve got to remember that teachers have been working this whole time and they deserve a break.

Emily added that teachers are doing ‘the most important job’ by educating children during the pandemic and praised her daughter’s school staff.

She said: ‘I always tell the teachers at her school that they’re doing an amazing job…Everyone is always praising the NHS…but in my eyes teachers are also complete heroes. 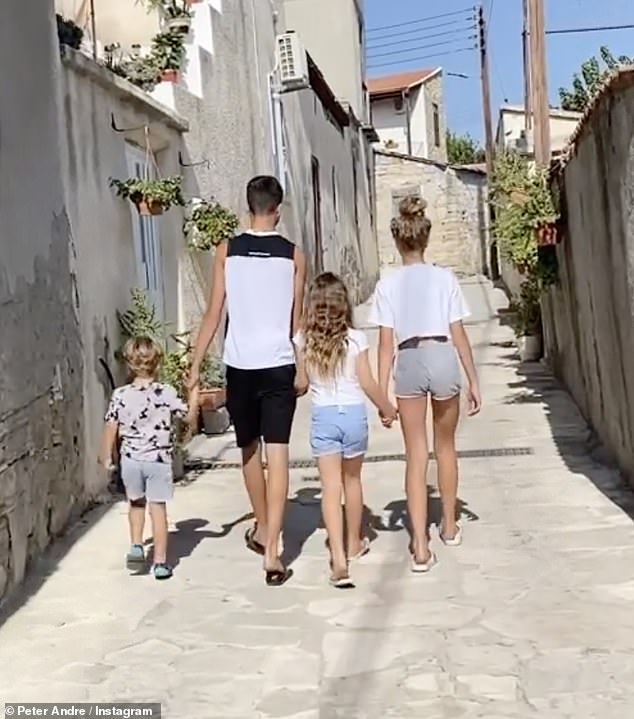 ‘I think it’s much more difficult for older children’: Peter and Emily have two children of their own: Theo, aged 3 and Amelia or ‘Millie’, aged 7 (pictured in October) 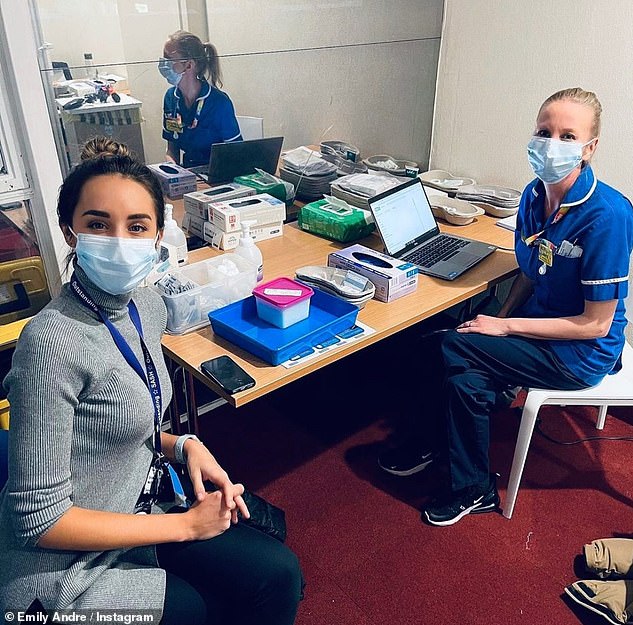 ‘Everyone is always praising the NHS…but in my eyes teachers are also complete heroes’: Emily praised the education sector who have been working out of their comfort zones

Emily received her first dose of the COVID-19 vaccine at the Epsom Hospital in Surrey last month.

The doctor later admitted she was using her trip to the hospital to highlight the hard work health care professionals are putting into the ongoing vaccination drive.

She told her YouTube viewers: ‘I feel like I’m part of something really important. I feel grateful really that I’m able to get the vaccine and that’s why I wanted to document it to show people doctors and NHS workers are getting this done and we’re not scared.

‘We just want to protect other people, protect our patients, protect our colleagues so that everyone can carry on doing the good work they’re doing basically.’