‘Please allow yourself to be happy’: Rebekah Vardy writes an emotional open letter to her younger self as she reflects on her turbulent teens ahead of her 39th birthday

Rebekah Vardy has reflected on her turbulent upbringing and the ‘bad choices’ she made before finding her ‘happy ever after’ with third husband Jamie Vardy.

The mother-of-five has become a household name following her marriage to the Leicester City footballer, with separate appearance on TV shows Dancing On Ice and I’m A Celebrity… Get Me Out Of Here!

But in an emotional open letter to her younger self, Rebekah urges herself to persevere through a tough adolescence that saw her leave home at 15 and marry first husband Mark Godden just three years later. 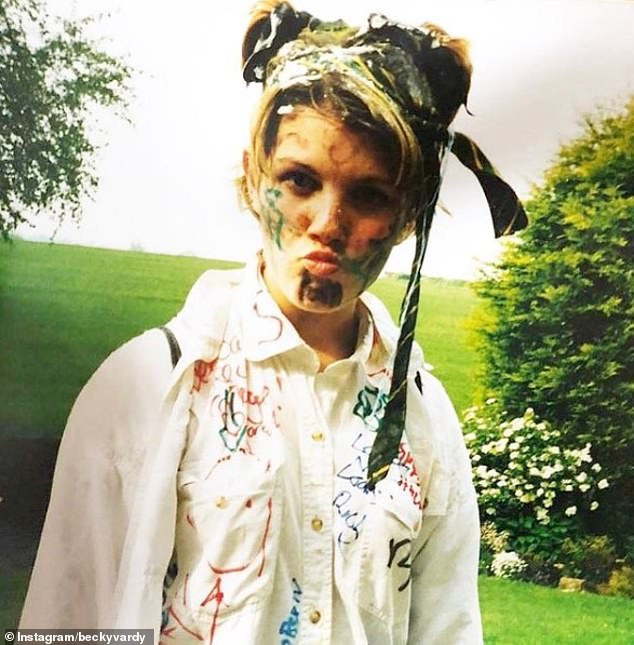 Looking back: Rebekah Vardy has reflected on her turbulent upbringing and the ‘bad choices’ she made before finding her ‘happy ever after’ with third husband Jamie Vardy

Sharing a blog post ahead of her 39th birthday on February 17th,  she opened by apologising for being so guarded, but admitted it was a consequence of her difficult past.

She wrote: ‘I’m sorry that I kept you hidden away for a very long time. It did it because I wanted to protect you.

‘So much bad stuff happened that hurt you early on. I thought that keeping you away from the world was the only way to keep you safe. I didn’t want anyone else to hurt you, so I only allowed a few people meet you. I put up big walls.

‘Something has changed within me over the last year and I’ve started to introduce you to people again.

‘They are getting to know the Bex who isn’t guarded and distrusting. The Bex who see’s the good in people and loves life. The Bex who smiles and laughs, isn’t afraid to let people see the real her and allows herself to be vulnerable.’ 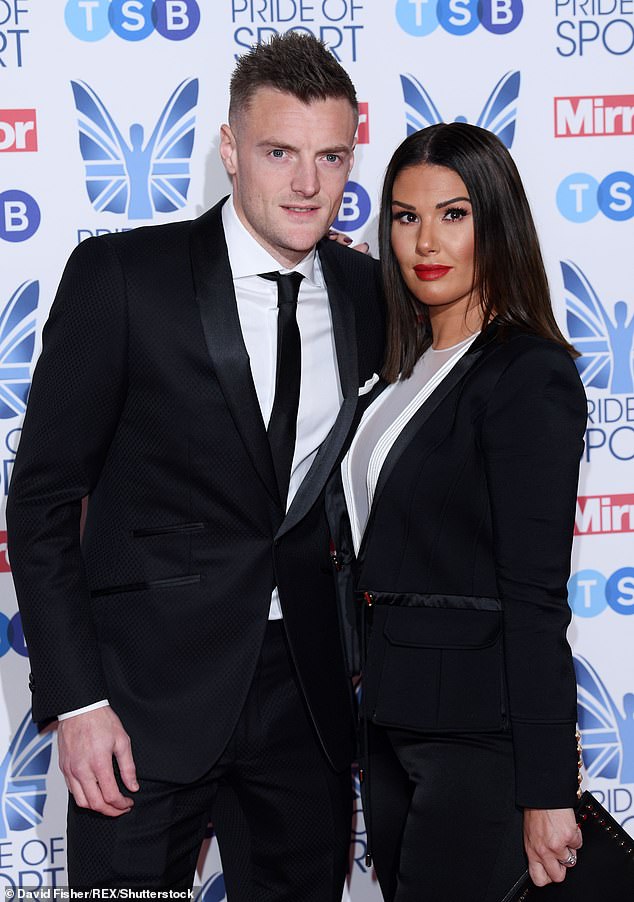 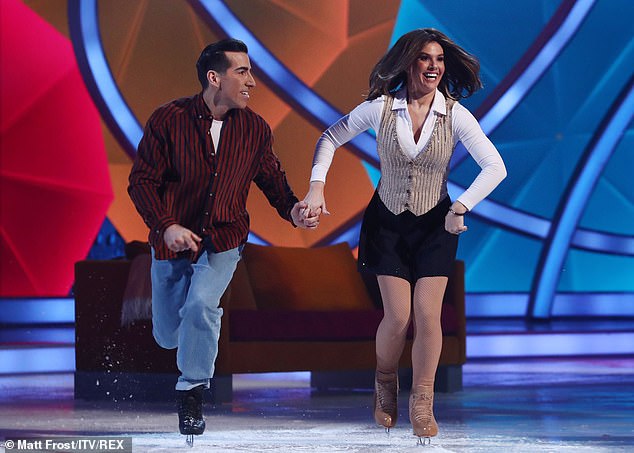 Success: But she has become a household name in her own right, with appearance on TV shows Dancing On Ice  (pictured) and I’m A Celebrity… Get Me Out Of Here!

The brunette divorced electrician Godden, who was three years her senior, just three years after their wedding in the rural town of Witney, Oxfordshire.

She went on to marry timeshare boss Steve Clarke when she was 23, but again the marriage ended in divorce just 10-months after they exchanged vows.

A six year relationship with lower-leagues footballer Luke Foster followed, resulting in the birth of second child Taylor, now 10, in 2010. 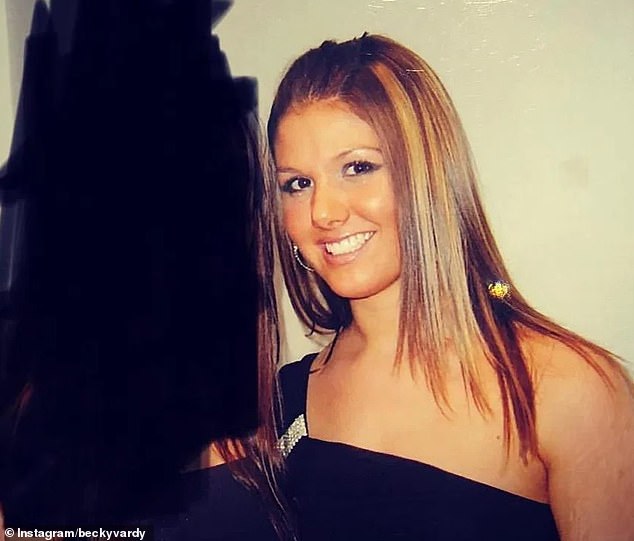 Opening up: But in am emotional open letter to her younger self, Rebekah urges herself to persevere through a tough adolescence that saw her leave home at 15

Appearing to acknowledge her past relationships, Rebekah also suggested that her emotional difficulties were caused by one man, who she does not name.

She wrote: ‘There will come a point in your life when you make a brave decision to walk away from the bad life choices that you made.

‘Every poor or destructive choice you made in your teens and twenties sprung from what that adult did to you. You were repeatedly hurt and then thrown out on the street at 15 like unwanted property. 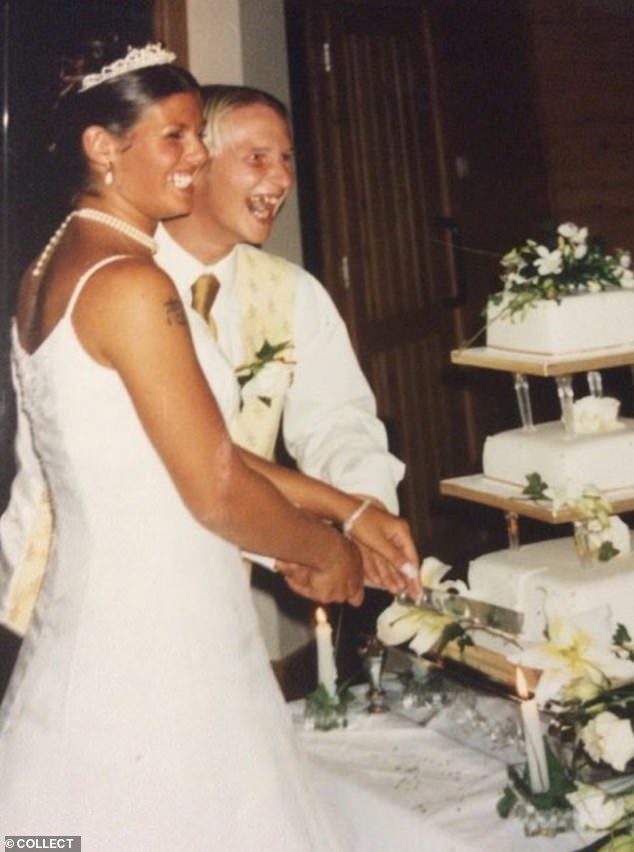 Old times: Rebekah married her first husband, electrician Mark Godden, when she was 18-years old, but they would divorce just six months later

‘You were a child. You weren’t to blame. You unravelled but you can stop unravelling. Please stop punishing yourself and allow yourself to be happy.’

Rebekah went on to reference her marriage to Premier League star Vardy, who she met while working as a nightclub promoter in 2014.

The couple married two years later and have three children as a couple – Sofia, six, Finlay, three,  and Olivia Grace, one. Rebekah is also stepmother to Ella, Jamie’s daughter from a previous relationship. 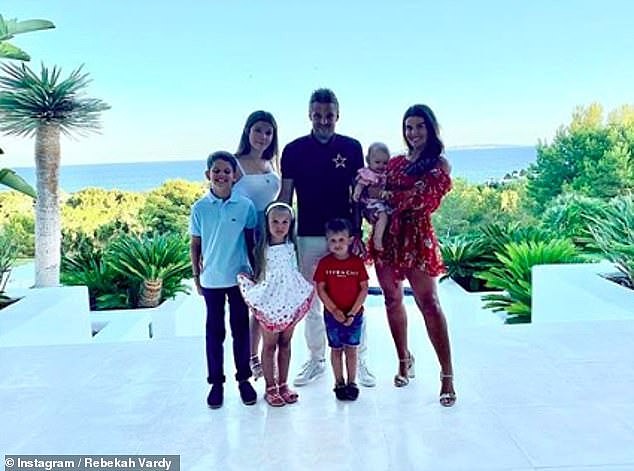 Proud mother: Rebekah with husband Jamie and their children. The brunette is a mother to five and step-mother to Jamie’s daughter Ella from a past relationship

She added:  ‘You won’t believe me now, but I swear to you that a man who you aren’t scared of and who doesn’t treat you badly will love you one day.

‘He will become your husband and he will treat you in a way that you aren’t used to being treated – with respect and kindness.

‘You will feel safe, happy loved and secure. You wont want to run away from him, you’ll want to spend as much time with him as much as you can. You’ll become comfortable in your own skin and you can open up to him.

‘He will be your anchor and calm you. You’ll have beautiful children together and I promise you Bex that you will live happily ever after.’