Richard Gere and wife Alejandra Silva share holiday greetings with two young sons: ‘Merry Christmas from our family to yours’

Richard Gere and his family were seen in a holiday shot the actor’s wife Alejandra Silva posted Saturday.

The 73-year-old actor – who made headlines earlier this month amid plans for a cell tower in New York – posed with his spouse, 39, and their two young sons, Alexander, three, and their son whose name they have not made public.

They were seen with their backs turned to the camera on wooden deck amid a sunny lakeside backdrop. Silva captioned the shot, ‘Merry Christmas from our family to yours. Love to all #FelizNavidad #MerryChristmas.’ 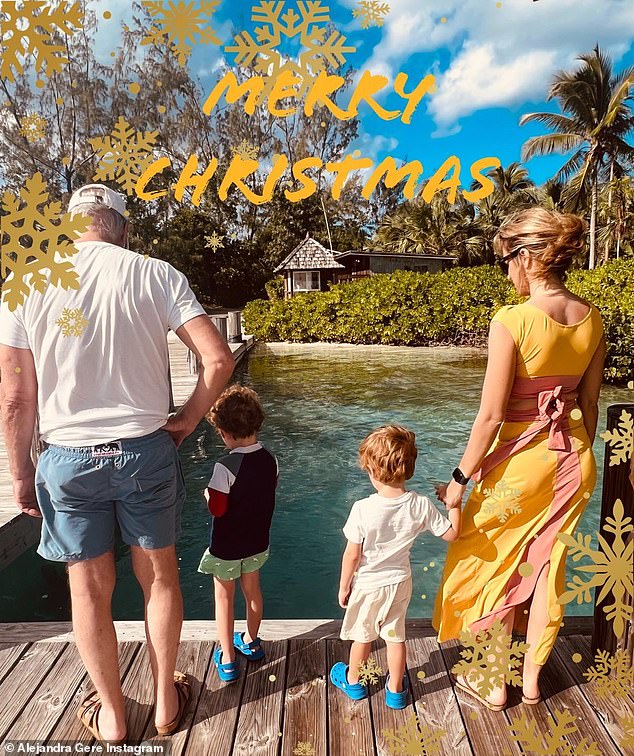 The latest: Richard Gere, 73, and his family were seen in a holiday shot the actor’s wife Alejandra Silva, 39, posted Saturday

In the image, the Philadelphia-born actor was clad in a casual ensemble of a white shirt with blue shorts and sandals, while Silva was clad in a yellow sundress with black sunglasses and sandals. Both of the kids donned blue crocs on the daytime outing.

The Pretty Woman star and his spouse of four years have kept a relatively low profile on social media, as he does not have any, while she has kept her sons faces out of the images she posts on her Instagram account, which has 84,300-plus followers.

The An Officer and a Gentleman actor and Silva, a publicist born in Spain, wed in 2018 after four years of dating.

Silva told HOLA! USA magazine in May of 2018: ‘I’m so in love…every morning he asks, “What would make you happy today?” What’s more romantic than a man who composes songs about you every day?’ 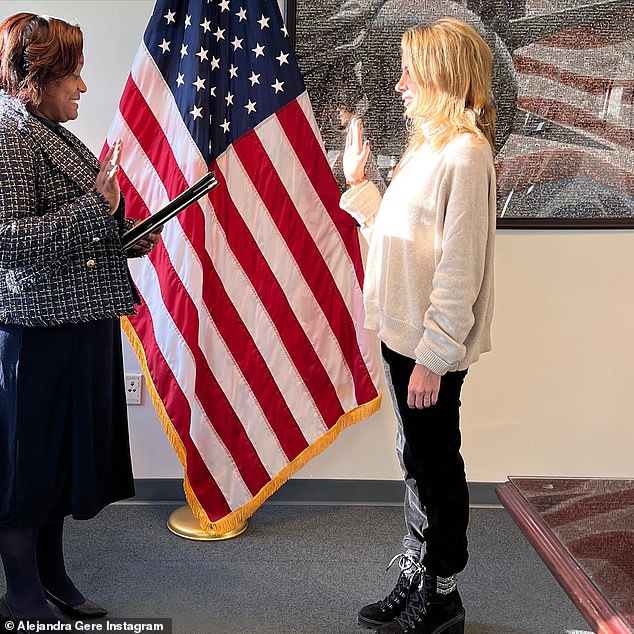 Last month, Silva took to the site with images as she was sworn in as an American citizen 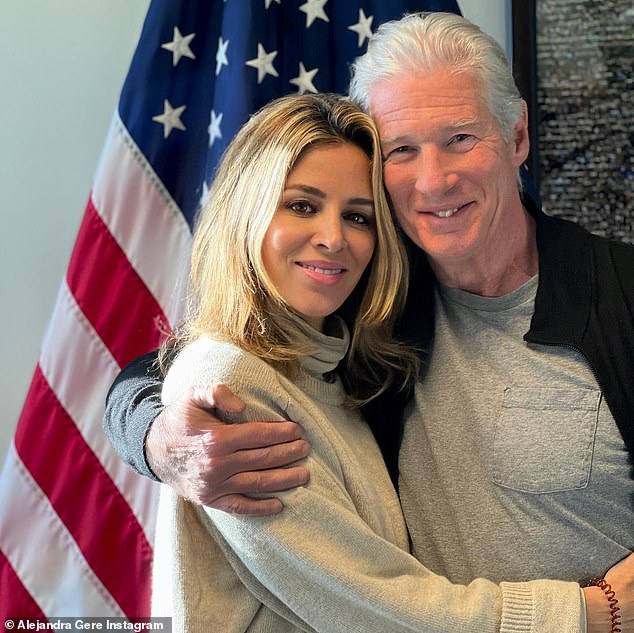 She captioned the November 17 shot: ‘Yesterday was a very important day for our family. God bless America’ 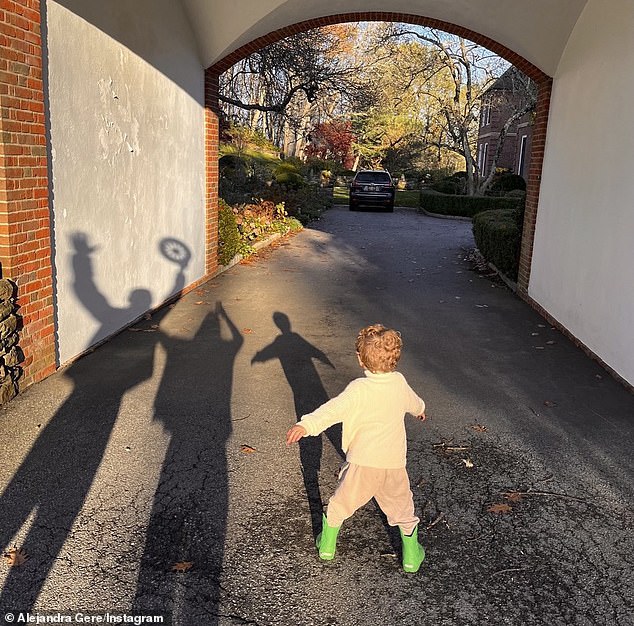 She added: ‘I was a little lost, without light, and knowing him gave meaning to my life. It was feeling that someone was reaching out and showing me my true path.’

In May of 2020, she shared shots of her and Gere to social media to mark their wedding anniversary.

‘Today is the day I married the most wonderful man I have ever met, I know it sounds cliché but it’s true!!’ she captioned the post. ‘Comes from my heart, I’m so proud to be with you, to share this life with you, to be the mother of our children, to be your friend, to be your Wife! You make me sooo happy! You are the love of my life.’

Last month, Silva took to the site with images as she was sworn in as an American citizen. She captioned the November 17 shot: ‘Yesterday was a very important day for our family. God bless America.’

Gere was previously wed to supermodel Cindy Crawford from 1991 thru 1995; and actress Carey Lowell from 2002 thru 2016. He is father to son Homer, 22, from his marriage to Lowell, while Silva has a nine-year-old son named Albert from her past marriage to Govind Friedland. 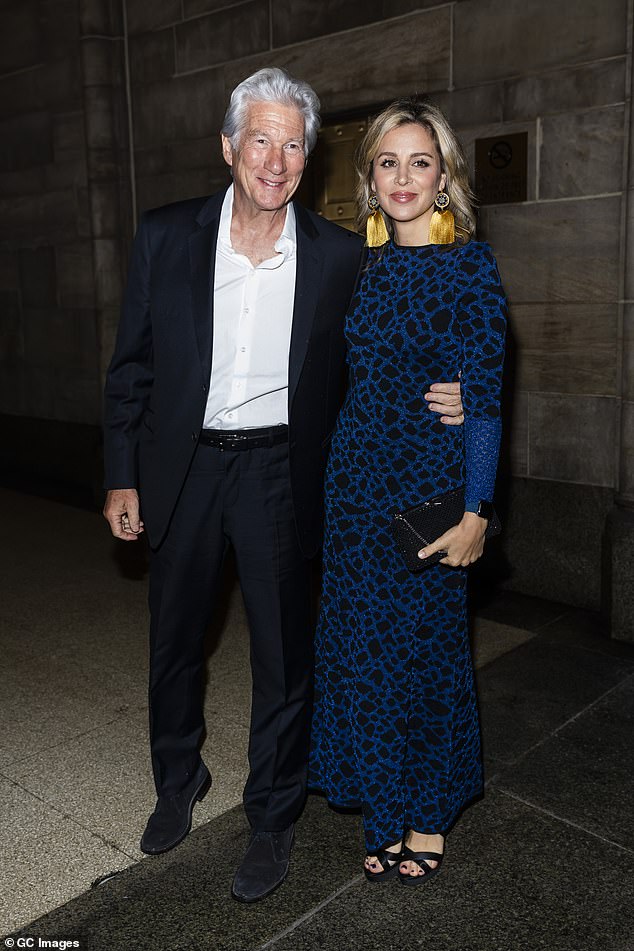 The couple was seen this past April in midtown Manhattan