The singer, 30, is currently in Australia filming The Voice but is thought to be flying out to Thailand to start the movie once she wraps on the show, reports The Sun.

It comes after it was revealed that Rita is the only The Masked Singer judge not set to come back for the show’s spin-off, The Masked Dancer. 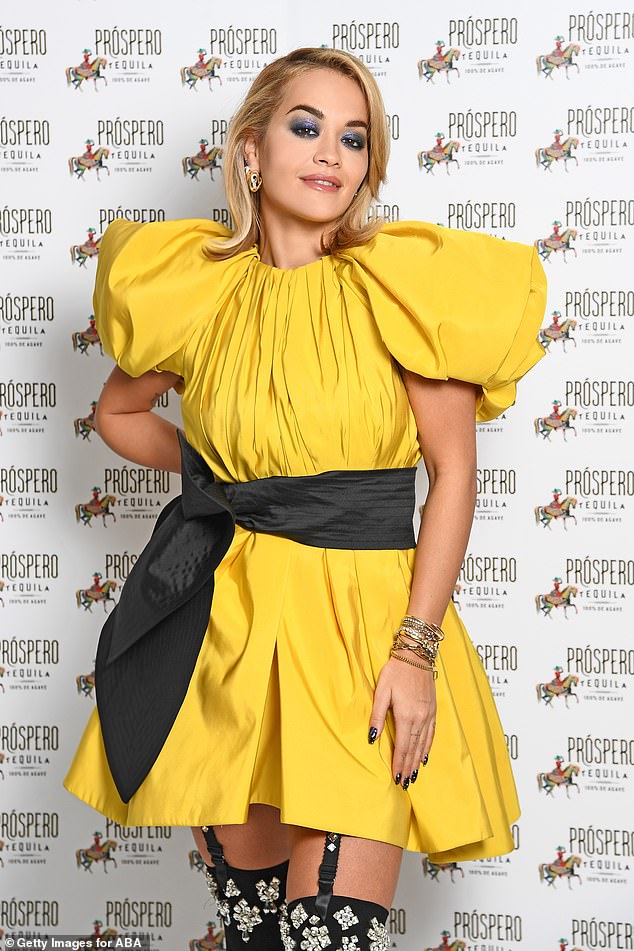 Next project? Rita Ora is reportedly set to star in a new film called Sheroes after it was revealed she’s not part of the line-up for ITV spin-off The Masked Dancer (pictured in November 2020)

Rita’s jam-packed schedule means that it’s not possible for her to be back in the UK when any filming for the potential new series would happen.

The Masked Dancer is said to be a replacement for Britain’s Got Talent in 2021, which usually airs the final in May, meaning the turnaround on shooting it is tight.

Not much is known yet about upcoming movie Sheroes, however it is understood that Rita will join an all-female cast for the shoot in Asia. 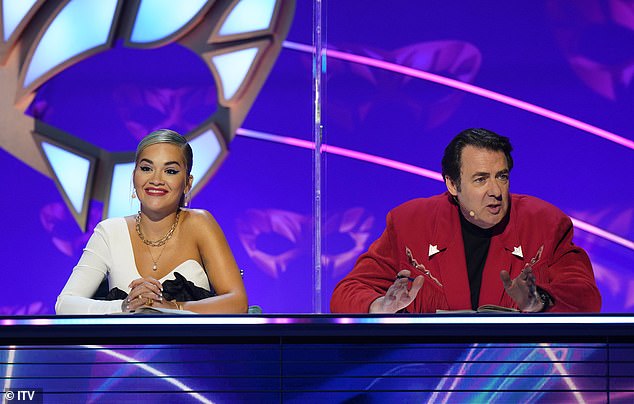 Busy: The singer, 30, is currently in Australia for The Voice and is thought to then be jetting to Thailand for the new film (pictured with Jonathan Ross on The Masked Singer)

On Tuesday it was revealed that Rita is the only judge currently appearing on The Masked Singer who has not been asked back for ITV’s spin-off dancing series.

The star filmed the show last September, before she had to apologise for breaking Covid rules after throwing a birthday party in London and jetting to Egypt

A source claimed that TV bosses are considering Strictly’s Oti Mabuse, 30, as her replacement, while Jonathan Ross, Davina McCall, Mo Gilligan and host Joel Dommett will remain in their roles.

The source told The Mirror: ‘Viewers have been watching Rita on Saturday nights for weeks, but the Masked Singer was recorded way before her birthday bash at the end of November. 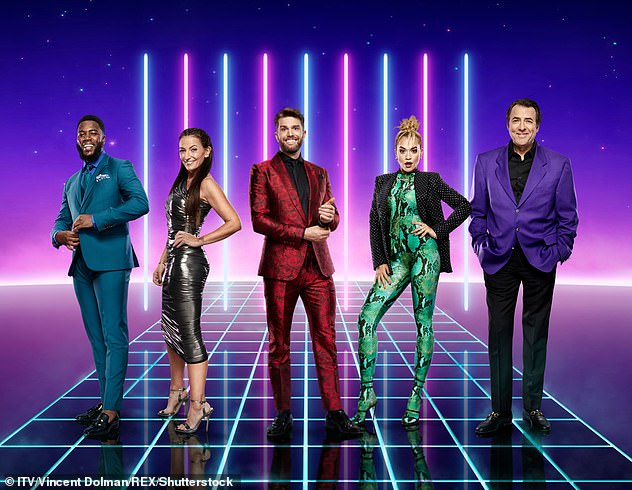 The panel: It was revealed on Tuesday that she’s not lined-up for The Masked Dancer however her fellow judges Jonathan Ross, Davina McCall and Mo Gilligan are thought to be appearing (pictured on The Masked Singer with host Joel Dommett)

‘Such a lot of effort goes into keeping the talent and crew safe while making it – many people felt let down by the way Rita behaved. She has not done herself any favours.’

However a source close to Rita claimed the snub was a scheduling issue, telling MailOnline: ‘It’s common knowledge that she’s in Australia and will be filming The Voice for the next few months.’

The Masked Dancer is already a hit in America and sees a slew of unnamed celebs take to the floor to showcase their impressive moves, leaving a panel of judges to guess their identity. 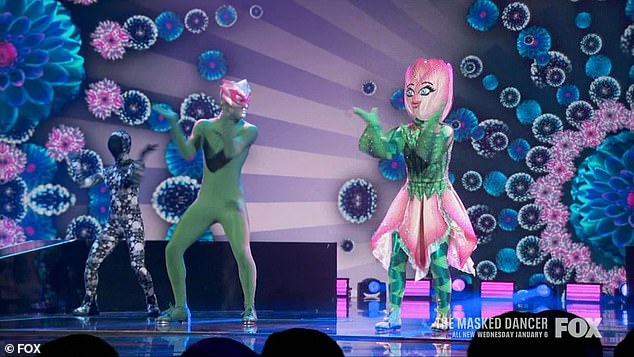 It’s a hit: The US version of the dancing competition was a big success, and an insider said ITV bosses are confident it will be the same across the pond (pictured the American show)

The party came amid another rule break, as she had previously flown by private jet to Cairo on November 21 to perform at the five-star W Hotel.

She returned the next day and under Government quarantine rules should have self-isolated for 14 days. Instead, she threw a birthday party on November 28 at the exclusive Casa Cruz restaurant in Notting Hill, which she was fined £10,000 for.

For this she apologised with the following statement: ‘Hello all, I attended a small gathering with some friends to celebrate my 30th birthday. 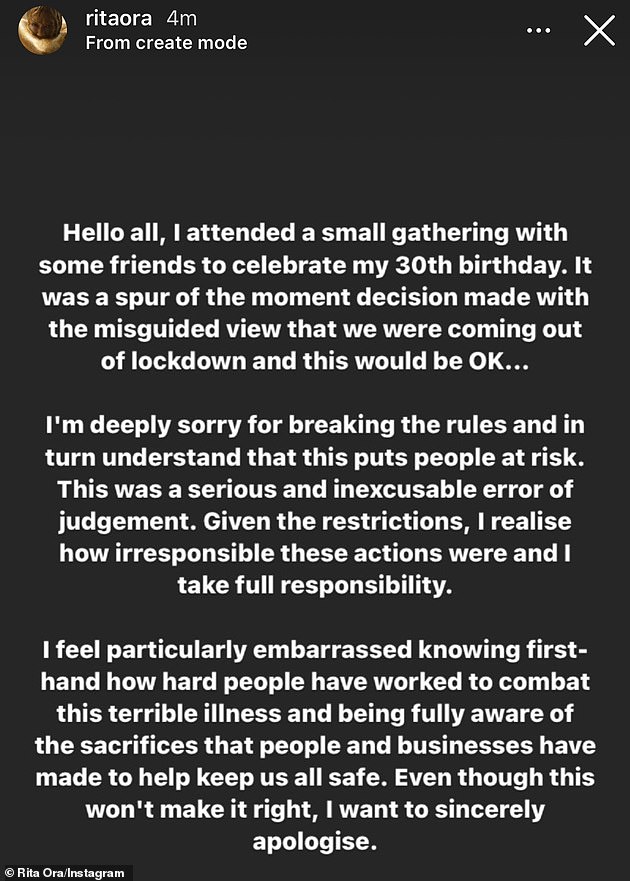 I’m sorry: Rita offered an apology on social media and said she felt ‘particularly embarrassed’ after her party was revealed

Rita is now in Australia for her judging role on The Voice and is believed to be spending her two-week isolation period at the the five star Meriton Suites Pitt Street hotel.

The singer was permitted to leave the UK during lockdown because she flew to Sydney for work commitments, and will become a coach on the Australian version of the hit singing competition.

Rita has had to isolate in a hotel after landing, to adhere to the country’s strict travel regulations amid the global coronavirus pandemic. 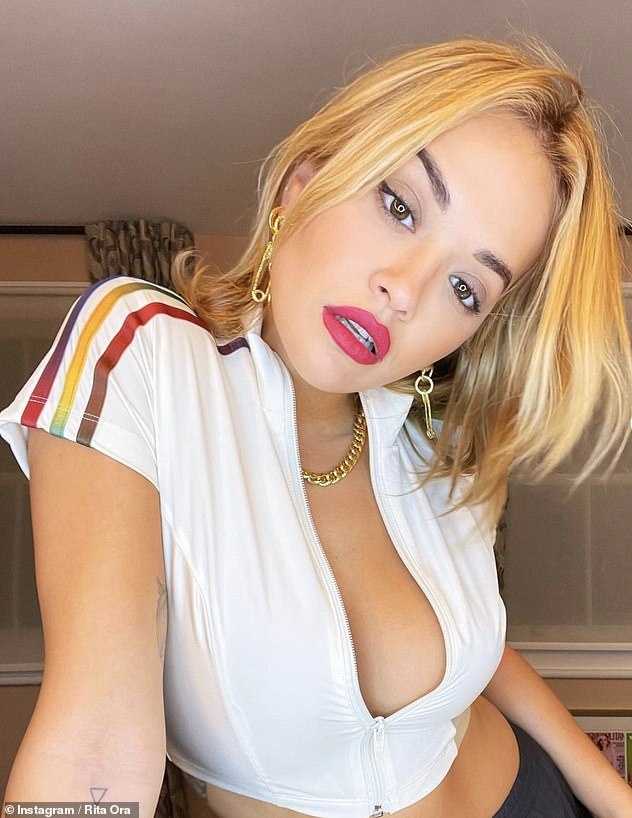 Current project: The singer is now working in Australia where she’s filming The Voice