Ron Perlman, 70, is declared legally SINGLE and free to marry his fiancée Allison Dunbar, 48, amid divorce from wife of 38 years Opal Perlman

Ron Perlman got one step closer to ending one marriage and starting another after the judge in his divorce case recently ruled that he was legally single.

The judge ruled in Perlman’s favor after he requested to be declared single, TMZ reported on Thursday.

The 70-year-old Hellboy star requested the change in his status back in October, as he is looking to marry his 48-year-old fiancée Allison Dunbar amid his divorce from his longtime wife Opal Perlman, 70. 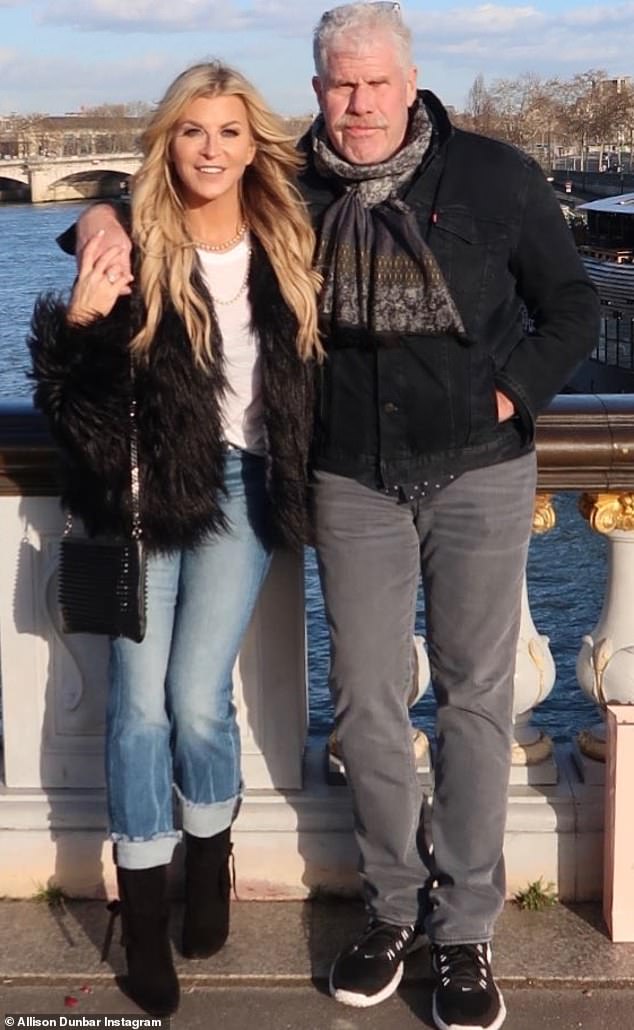 Moving on: Ron Perlman, 70, was declared single by the judge in his divorce trial from his wife Opal Perlman, 70, allowing him to marry his actress fiancée Allison Dunbar

Perlman received what is known as a bifurcation, which essentially allows the divorce proceedings to move on two separate tracks.

He is now single and able to remarry, but he will still need to finalize his divorce with Opal and sort out matters of spousal support and divvying up their property.

The Sons Of Anarchy star filed for divorce from his wife in November 2019, after 38 years of marriage. 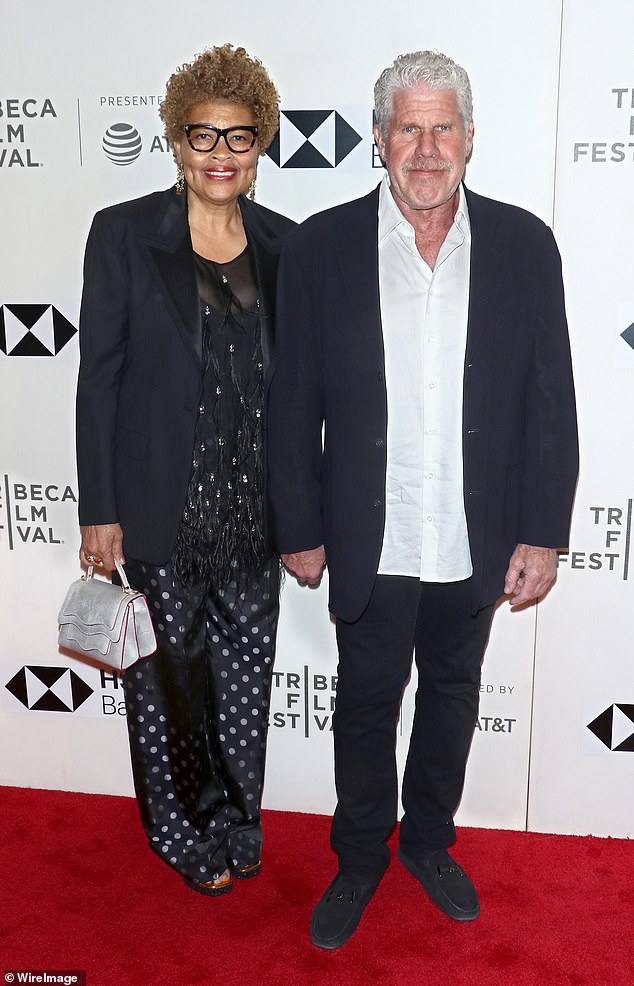 Splitsville: Perlman filed for divorce from Opal Perlman, his wife of 38 years, in November 2019. He listed the end of their marriage as just days before he was seen kissing Dunbar in public; seen in 2018 in NYC

The collapse of her marriage after nearly four decades reportedly left her so devastated that she had to seek out the services of a psychologist to combat her depression and anxiety.

She also hired a life coach to map out a path forward, as she had come to depend on her actor husband as the family’s sole breadwinner.

Although she acknowledged in her filings that Perlman’s income had declined significantly due to the pandemic, she said he had been taking in more than $1million per year prior to that, which should be more than enough to cover the $4,500 she was requesting for mental health services.

Ron and Opal share two adult children, a daughter Blake, 37, and a son Brandon, 30, an electronic musician who performs under the name Delroy Edwards. 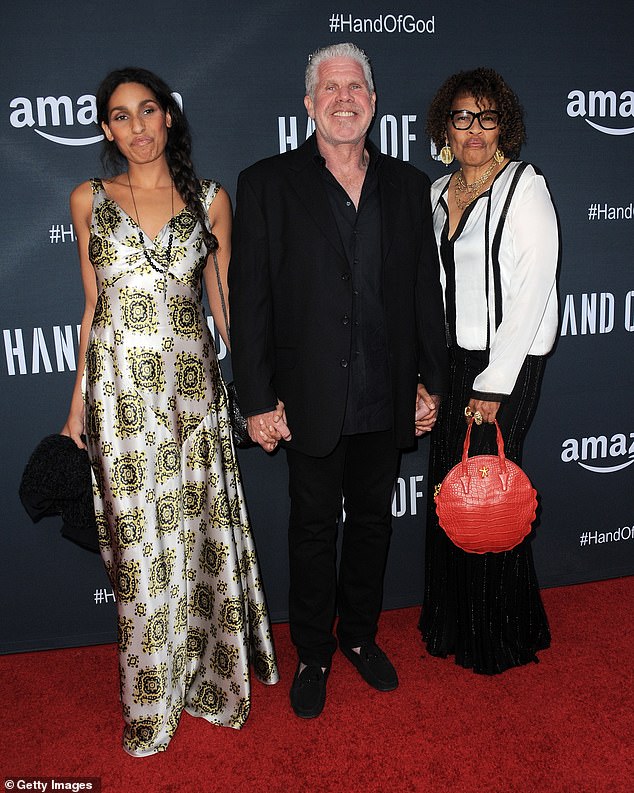 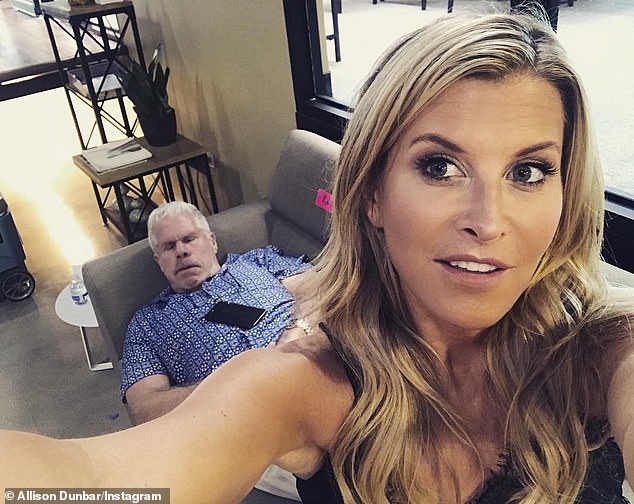 New love: In his October filing asking for a bifurcation, Perlman said he was engaged to Dunbar, who has been seen flashing a large engagement ring in recent months

Perlman and his ex separated in May 2019, just days before the actor was pictured for the first time kissing his former costar Dunbar.

The photos went public prior to the announcement that he had left his wife.

In his October filing asking for a bifurcation, Perlman said he was engaged to Dunbar, who has been seen flashing a large engagement ring in recent months.

In addition to appearing with her husband-to-be on the Crackle series StartUp, which ran for three seasons from 2016–2018, Dunbar has had guest roles on Kevin Costner’s Yellowstone series, 2 Broke Girls and a recurring part on the critically acclaimed musical comedy Crazy Ex-Girlfriend. 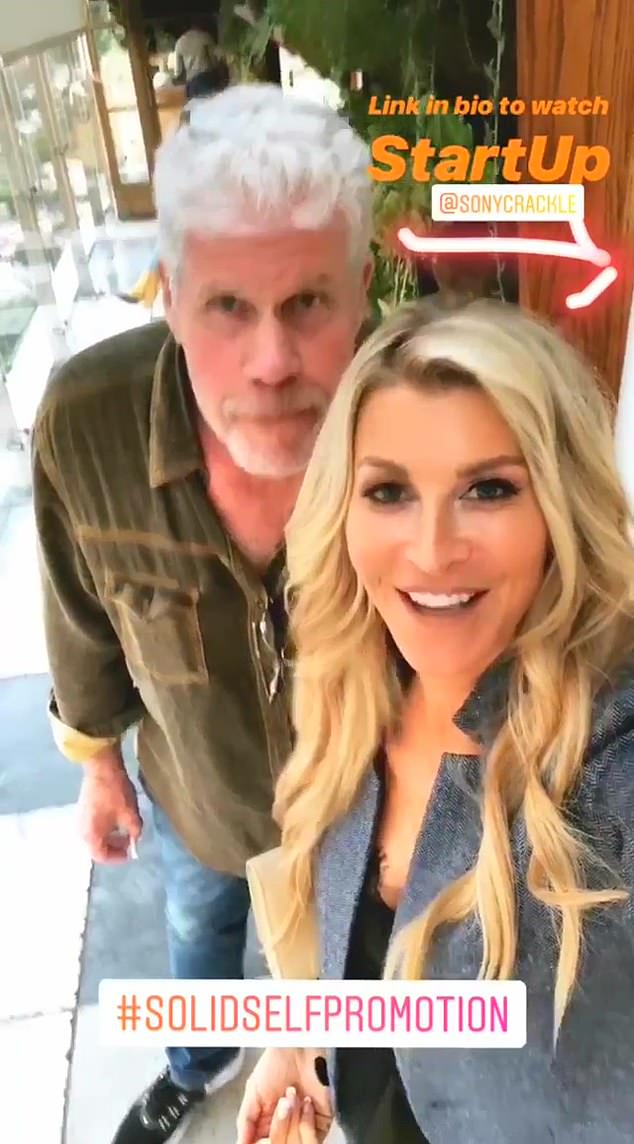 Costars: Dunbar appeared with her husband-to-be on his Crackle series StartUP, which ran for three seasons from 2016–2018