Rosamund Pike is used to Hollywood putting emphasis and drawing her attention to her physique. Back when the actor was just getting started, she was asked to strip for a James Bond audition for instance. But even after getting her respect and experience in the industry, Pike has still faced issues concerning her body image. And now she’s letting everyone know what she’s been through.

How Rosamund Pike discovered her body was being altered 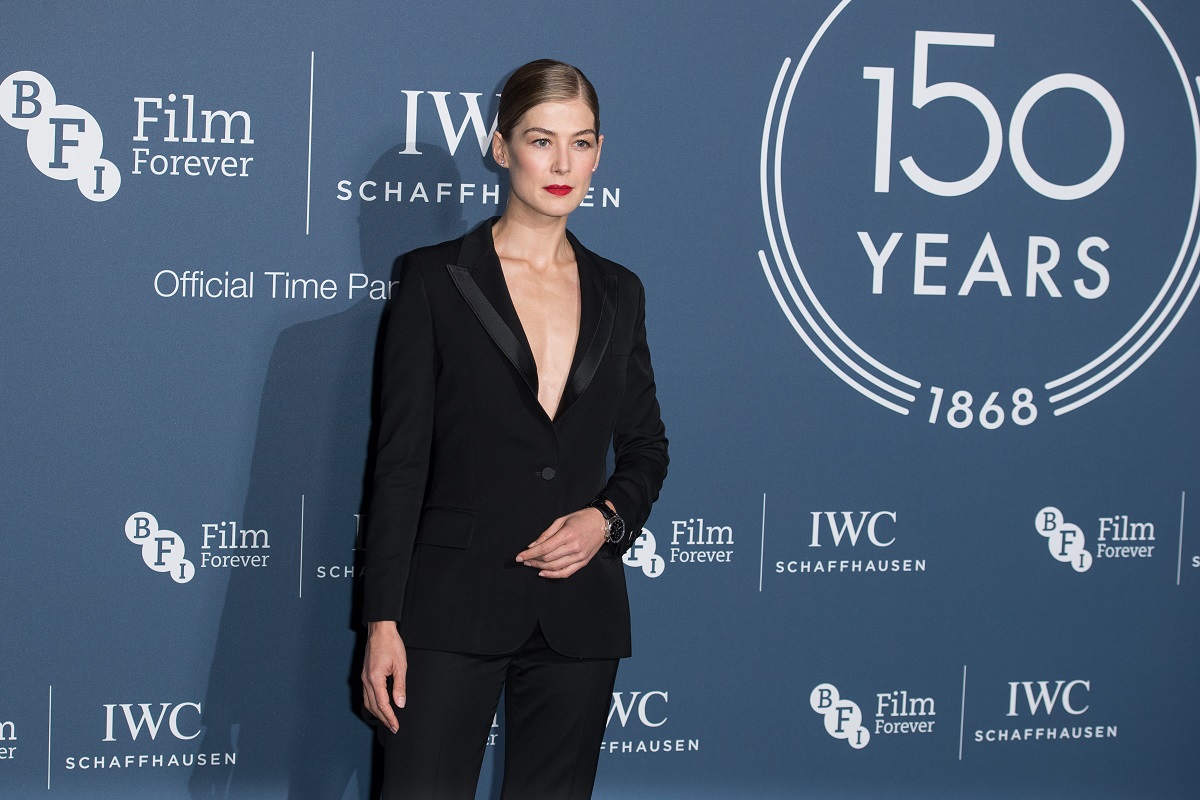 In an interview on the Kelly Clarkson Show, Pike revealed how her body was being altered in movie posters. It just took the Gone Girl star a while to notice. If it wasn’t for an encounter with a stranger on a plane, Pike might’ve still overlooked some of the digital enhancements done to her images.

After being introduced to FaceTuning, it became clear to Pike that studios were using similar techniques to modify Pike’s posters. Pike then recalled several posters where her features were augmented, from her body to her eyes which studios had once turned brown.

“Those are the obvious times, when you do notice, right,” Pike said. “But there are probably countless times where our images are doctored and we don’t notice it, because I know we’re all losing a grip on what we really look like.”

Many celebrities have spoken out against body alterations

Pike isn’t the only celebrity who’s spoken up against altering bodies on movie posters. Other superstars have also voiced their opinion on the matter. According to Time, Keira Knightly also experienced a situation where her body was changed in a movie poster.

“I think women’s bodies are a battleground,” Knightley said. “And photography is partly to blame.”

Many more, from Lady Gaga to Zendaya, all expressed their feelings against their bodies being photoshopped for magazines.

The way Hollywood views female actors might have improved over the years, but there’s still room for even more improvement. Part of the way to advance women’s relationship with Hollywood might be to strike a balance between how both men and women actors show their bodies on screen. In Pike’s new sci-fi series, The Wheel of Time, she makes note of how there’s more male nudity than female nudity. For Pike, this was a welcome change of pace.

“You see many more naked men than you see naked women, which is quite pleasing, since women have been asked to expose themselves forever and a day,” She said according to Metro. “We’ve got all the boys frantically dieting and working out hard for their naked scenes and all of the women going out for lovely dinners.”