Ryan Thomas has admitted that he misses being fiancée Lucy Mecklenburgh’s ‘main priority’ since she gave birth to their son Roman.

The actor, 36, reflected on how his life has changed since welcoming his little boy while chatting with his brothers Adam and Scott on their Mancs on the Mic podcast.

And although saying that he ‘misses’ being able to just take off for the weekend with his wife-to-be, Ryan added that he’s ‘holding on’ to knowing they’ll be able to ‘escape parenting and just let our hair down like we did before he was here’ eventually. 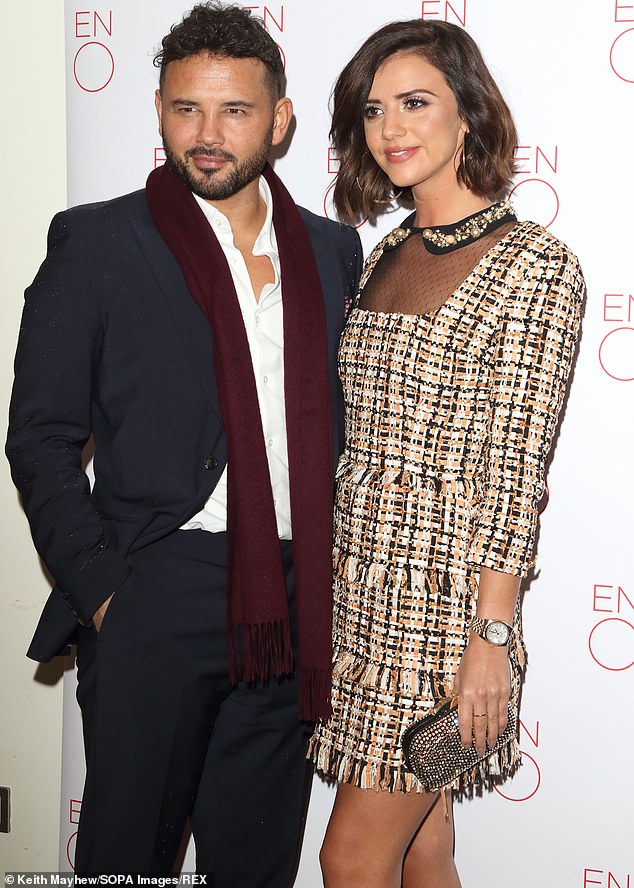 Candid: Ryan Thomas has admitted that he misses being fiancée Lucy Mecklenburgh’s ‘main priority’ since she gave birth to their son Roman (pictured together in 2019)

During the chat about fatherhood, Ryan spoke about missing the time he used to spend with Lucy just the two of them as they ‘just don’t have time for it anymore’.

He continued: ‘I always say to her, “I want the old Lucy back sometimes”. It’s not that she’s not there, it’s just I’m not the main priority any more, Roman comes first.

‘I just miss that. I said to her the other day, “Shall we just go away, the two of us? Let’s go away for like a long weekend or something”.

‘I’m like, “I just want to escape our parenting for a long weekend and just let our hair down like we did before he was here”.’ 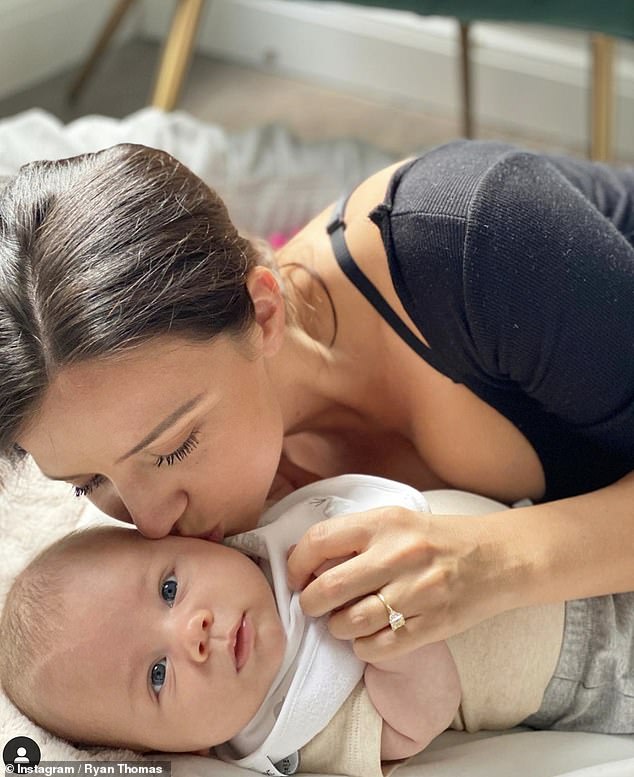 Mama: The couple welcomed their first child, little boy Roman (pictured with Lucy), in March 2020. Ryan is also dad to daughter Scarlett, 12, from his previous relationship with Tina O’Brien

Despite not being able to do all they could before welcoming their son, Ryan added that they’re still very much in love and committed to their family.

He said: ‘I think that time will come eventually and I’m really holding onto that because the good thing about being a parent is you still enjoy each others company without your children. And if you don’t there’s no longevity in your relationship.’

Ryan went on to praise the small moments he manages to steal with Lucy after Roman goes to bed, saying he loves watching films with her in the evenings.

Both of the actor’s brothers agreed with him about the more difficult adjustments to parenthood, saying that you have to go through struggles to grow.

Ryan also made it very clear he did not want another baby as he recalled how Lucy was sorting through baby clothes to pick out ones to keep and ones to give away. 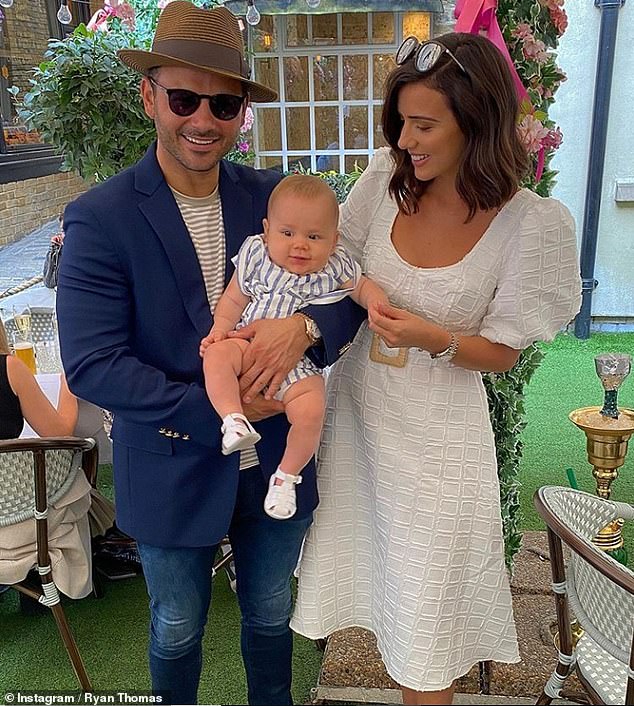 Getting through the little years: Ryan added that he’s ‘holding on’ to knowing they’ll be able to ‘escape parenting and just let our hair down like we did before he was here’ eventually

Revealing his fiancée is keen to have another child, Ryan said : ‘I shouted, “What? What did you say? Another? No!” She’s still holding onto it, that she wants another.’

As well as being dad to Roman, Ryan is also a father to his daughter Scarlett, 12, from his previous relationship with Tina O’Brien.

It comes after former TOWIE star Lucy previously revealed she lost four-stone after giving birth, telling MailOnline she ‘didn’t do any diet or quick fixes’.

She explained how she didn’t feel ‘pressured’ to return to exercising four times a week once her doctor gave her the all-clear to workout again.

Lucy continued: ‘I didn’t put pressure on myself and had good nights’ sleep. I just listened to my body and I needed rest. 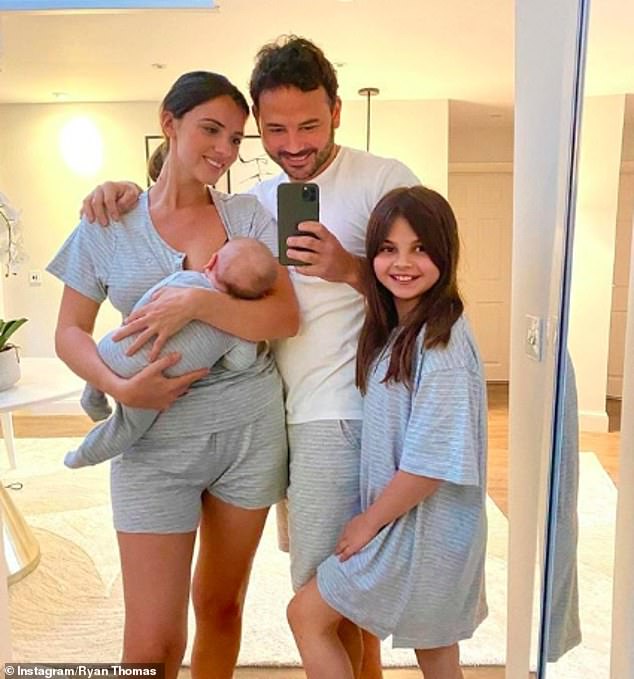 He’s done! Dad-of-two Ryan also revealed he doesn’t want anymore children while Lucy is keen on the idea of another baby (pictured together in 2018)

‘For the first two months, I did the odd bit of walking. I try to get one nutritious meal in the day, not just coffee and biscuits which I would probably have if Ryan wasn’t such an amazing chef.

‘I tried to do 10 minute stretches a day and ease into light workouts at home – I haven’t got any big golden thing that gave me the weight loss.

‘I thought after my eight week check when I got the all clear [to exercise] I would have been back to training four times a week, but I just thought to myself “I’m tired, when I get an hour free, I either want to spend it by having a nap or it’s extra play time for Roman. There’s always something else that needs doing”.’

Admitting the things she once considered as paramount in her life have shifted, the TV star added: ‘It is important to stay fit and healthy to have some me-time, but when you have a newborn, you just want to sleep and spend time with your child.

‘Priorities do change, I don’t have time to train four times a week like I used to, but that’s fine. My life is different now, Roman is my priority, not the gym!’ 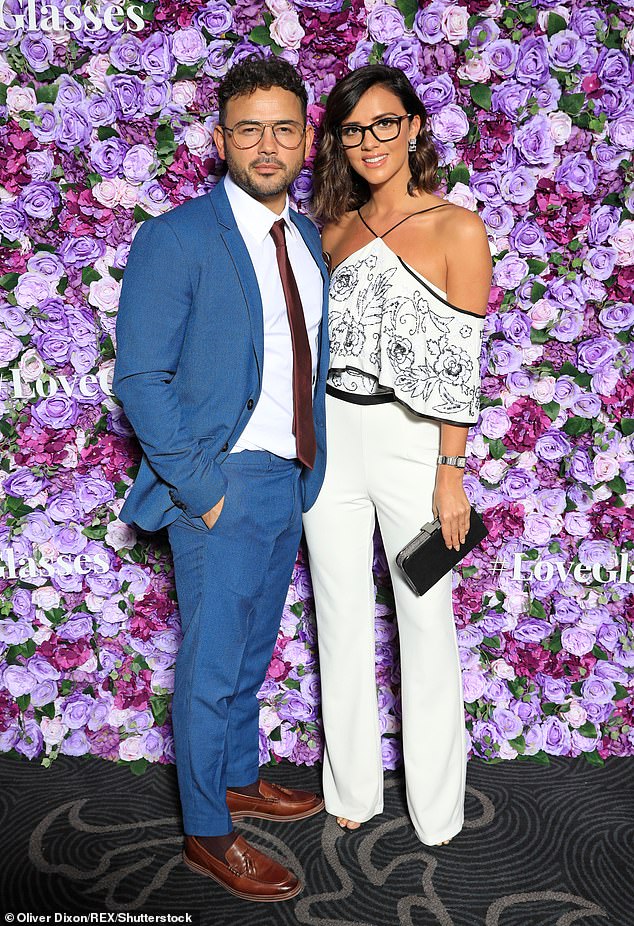 Couple: Ryan and Lucy announced they were engaged in 2019 and welcomed their son a year later (pictured together in 2018)