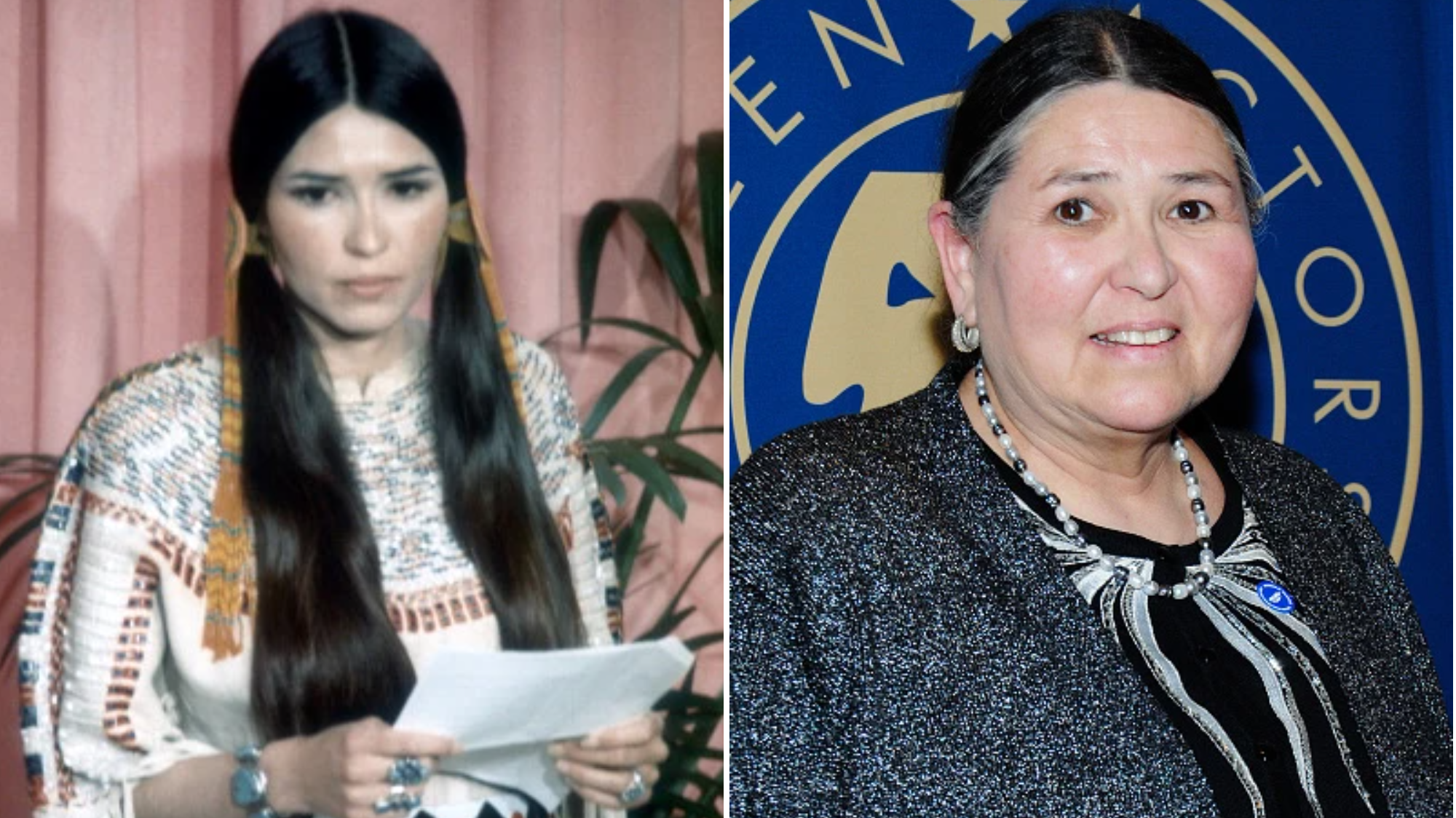 Sacheen Littlefeather has received an apology from the Academy almost 50 years after she was booed and heckled for protesting Native American mistreatment.

The American actress, 75, attended the Oscars in 1973, when she was just 26 years old, and took to the stage as Marlon Brando was awarded the gong for best actor for his role in The Godfather.

Littlefeather declined the award on his behalf, with instructions from the film star to not touch the trophy.

She also had to make sure her speech was under 60 seconds long, an order that came from producer Howard Koch, who apparently told Littlefeather before she took to the stage that security would be on hand to arrest her if she ran over the one minute mark.

Littlefeather improvised her non-acceptance speech, as Brando is said to have originally prepared eight pages of comments, which she knew she wouldn’t have had time to read.

She was pleading for justice, but received immediate backlash, including booing and heckling from the audience.

‘And the reasons for this being are the treatment of American Indians today by the film industry’, she continued, at which point the crowd began to boo.

‘Excuse me’, she urged, ‘and on television in movie reruns, and also with recent happenings at Wounded Knee.’

Wounded Knee was a reference to events a month before Oscars, when activist organisation American Indian Movement occupied the South Dakota town to protest against mistreatment of Native Americans. Three weeks into the occupation, the U.S. Justice Department barred the media from entering Wounded Knee to interview the occupiers.

Upon leaving the stage after making her speech, Littlefeather was immediately critiqued, later claiming that John Wayne actually had to be restrained to prevent him from charging onto the stage and physically attacking her.

Littlefeather also said the federal government threatened to shut down any TV shows or productions that put her on the air.

Now, the Academy has issued a formal apology, with the full statement to be read out at the Academy Museum on September 17, when the actress will be invited as a guest of honour to a special event.

Titled An Evening With Sacheen Littlefeather, the event will encourage attendees to reflect on the historic evening from the 1973 awards and ‘focus on a future founded on healing and celebration.’

She will also participate in a conversation with producer Bird Runningwater, co-chair of the Academy’s Indigenous Alliance, who is said to have been the first person to reach out to her on the Academy’s behalf, as she told the Hollywood Reporter that he gave her a call.

Signed off by President of the Academy of Motion Picture Arts and Sciences, David Rubin, the official apology reads: ‘The abuse you endured because of this statement was unwarranted and unjustified.

‘The emotional burden you have lived through and the cost to your own career in our industry are irreparable. For too long the courage you showed has been unacknowledged. For this, we offer both our deepest apologies and our sincere admiration.

‘We cannot realise the Academy’s mission to “inspire imagination and connect the world through cinema” without a commitment to facilitating the broadest representation and inclusion reflective of our diverse global population.’

It continues: ‘Today, nearly 50 years later, and with the guidance of the Academy’s Indigenous Alliance, we are firm in our commitment to ensuring indigenous voices—the original storytellers—are visible, respected contributors to the global film community. We are dedicated to fostering a more inclusive, respectful industry that leverages a balance of art and activism to be a driving force for progress.

‘We hope you receive this letter in the spirit of reconciliation and as recognition of your essential role in our journey as an organisation. You are forever respectfully engrained in our history.’

Sharing her disbelief at receiving the letter, Littlefeather said: ‘I was stunned. I never thought I’d live to see the day I would be hearing this, experiencing this.

She added that the apology was ‘a dream come true’ but also ‘long overdue’ after supposedly breaking down in tears after reading the apology out loud.

‘I could have been dead by now’, Littlefeather – who lives with metastasised breast cancer – said.