Salma Hayek had a hard time with one scene in particular while filming “House of Gucci.”

The 55-year-old Oscar nominee plays Pina Auriemma in the film, a friend and confidant of Lady Gaga’s Patrizia. Hayek described the character as Patritzia’s “sidekick and her psychic.”

During a recent appearance on “The Late Late Show with James Corden,” the Hollywood icon discussed the film and shared that despite all of her experience in show biz, she struggled with one scene in the film.

During filming, Hayek was set to shoot a scene in a spa with Gaga in which their characters enjoy a mud bath, she said.

Hayek recalled Gaga, 35, entering the mud bath “like an Egyptian queen” before she entered the bath herself. 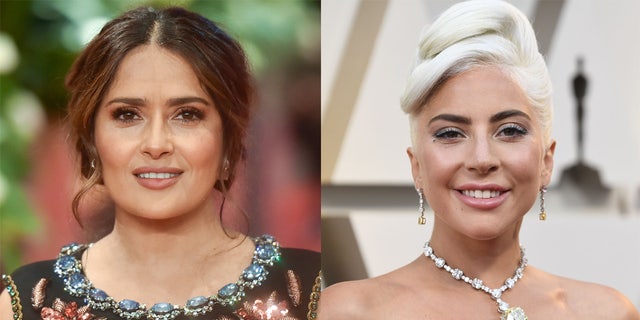 “Me, with my extra kilos, I sit on the mud and I’m not sinking,” she said. “And I’m trying to [move the mud away from] my huge butt to make some weight [shift].”

The experience didn’t get any easier, however.

“And then it starts moving me around and then there’s the boobs going [back and forth], you know,” Hayek continued. “It’s a very dramatic scene and she’s trying to stay focused and … I’m mortified.”

She added: “It was horrific. Most challenging scene I’ve ever done.”

Hayek and Gaga star alongside Al Pacino, Jared Leto, Adam Driver and Jeremy Irons in “House of Gucci,” which details Patrizia’s difficulties with the Gucci family, resulting in her hiring a hitman to kill her husband, played by Driver.