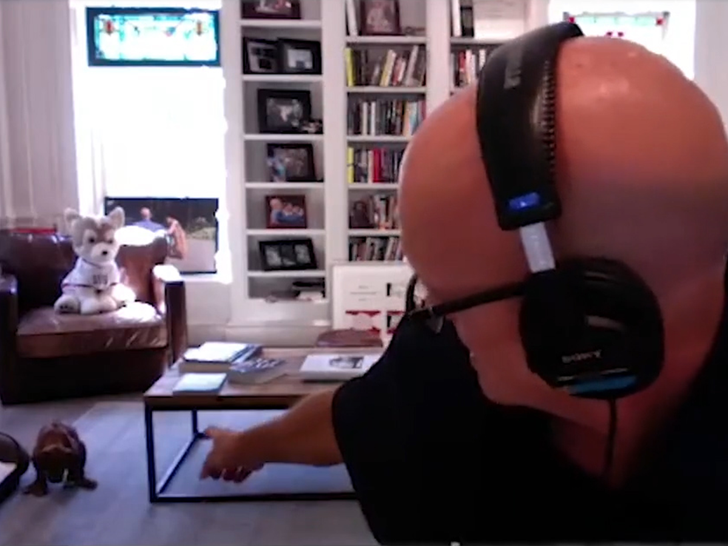 Scott Van Pelt had to take a timeout from a podcast appearance this week — and it’s all ’cause his puppy pooped all over his floor in the background of a shot.

SVP joined The Ringer’s Kevin Clark for a taping of a new episode of “Slow News Day” — and things appeared to be going smoothly.

The guys chatted for a few seconds — and at one point, they even noted Van Pelt’s new pet was hanging around nearby.

But, as the conversation turned toward Van Pelt’s old coworker, Ryen Russillo, the doggo popped a squat and dropped a big #2 on the hardwood.

“Hold on, Redd’s taking a s***!” Van Pelt said while pausing Clark mid-sentence. “My dog just took a giant dump right behind us.”

Van Pelt eventually called for a 20-second timeout so he could clean it up — and it was all hilarious.

Of course, ya can’t blame the puppy for not knowing Dad’s work schedule just yet — Van Pelt tweeted earlier this week he just got the dog a few days ago … following the death of his old furry companion, Otis.

We’re sure Redd will learn the ropes soon enough!