“SEAL Team” actor Justin Melnick was reportedly involved in an accident while filming on a helicopter for an unrelated project.

According to Deadline, Melnick was involved with a private commercial shoot at Blue Cloud Movie Ranch in Santa Clarita, Calif. on Saturday. While fast-roping from a helicopter, Melnick is believed to have fallen 15 to 20 feet from the helicopter resulting in hospitalization.

Fortunately for Melnick and his fans, the actor is said to be recuperating at home with no serious injuries to speak of.

The Los Angeles County Fire Department confirmed to Fox News that it received a 9-1-1 dispatch at 4:07 p.m. PST and responded to the scene roughly ten minutes later to find a single trauma patient that was transported to the local hospital via ambulance. 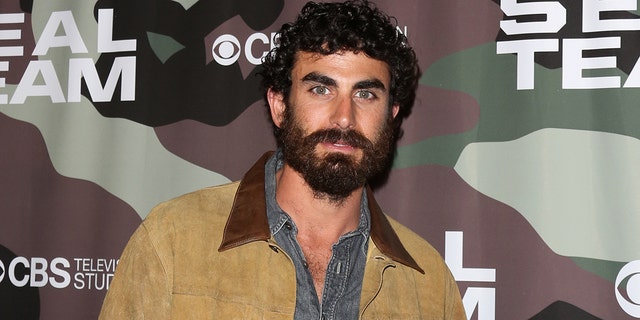 Although the injuries reportedly required a brief hospitalization, Deadline notes that first responders found the victim conscious and noted that his injuries appeared to be very minor. The area plays home to a myriad of sets that can double for the Middle East and Afghanistan as well as more western settings and much more. The outlet reports that popular projects such as “Iron Man” movies, “Arrested Development,” “True Blood,” “American Sniper” and more have utilized Blue Cloud Movie Ranch in their productions.

According to Variety, Melnick was performing the stunt alongside a dog who was also injured in the accident but is recovering and in good condition. It’s not out of character for Melnick, a police officer, to be doing stunts alongside a dog. Prior to becoming a recurring actor on “SEAL Team,” he was tapped by the show to be its dog handler. He is the handler and real-life owner of Dita, a Belgian Malinois who plays the K9 dog Cerberus on the show, the outlet reports.

“SEAL Team” is a fictional military drama that follows the lives of Navy SEALS both professionally and personally as they maintain home lives while training to execute some of the most daring missions in the world.