Everything you own in the box to the left! Shanna Moakler wants to move on from her past with ex Travis Barker — and that means getting rid of everything that reminds her of him.

“Shanna is scooping out auction houses to auction off sentimental things that Travis has gotten her when they were together,” a source exclusively told Us Weekly on Wednesday, July 21. “She wants to sell her engagement ring … She also wants to sell her wedding ring and an Andy Warhol painting of a cow — a famous painting for sure.”

Moakler, 46, was married to Barker, 45, from 2004 to 2008, and fans who watched their relationship unfold on their reality show will notice some familiar objects in the auction. All of the items were featured on their show, Meet the Barkers. 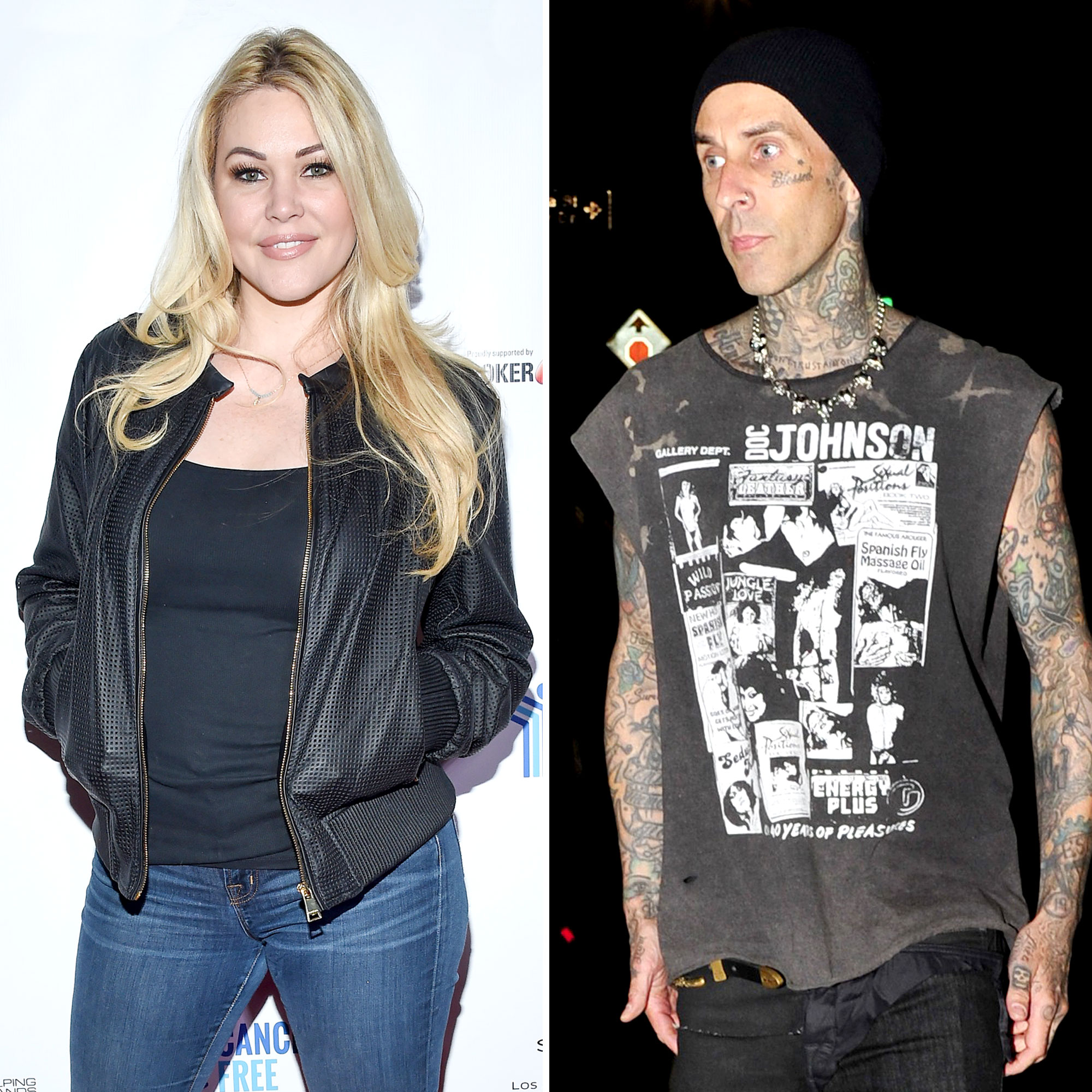 The exes, who share son Landon, 17, and daughter Alabama, 15, together, continue to not see eye to eye.

“Their coparenting relationship has hit rock bottom. She wants to get rid of everything that reminds her of him and reminds her of the happier times,” the source added.

Everything to Know About Shanna Moakler’s Drama With Her and Travis Barker’s Son Landon, Daughter Alabama

The former Miss USA and the musician had had their ups and downs over the years, which only got worse following his romance with Kourtney Kardashian. Moakler previously opened up to Us about her thoughts on the duo.

“I’m not bothered by them and I don’t even find them even scandalous or whatever. Like, if you’re in love and you want to show that off, go for it,” she exclusively told Us in May.

Moakler did question why her ex-husband was reusing parts of their marriage in his new relationship.

“What was weird is that they were posting about a movie [True Romance] that Travis and I basically bonded over. I called him Clarence in the movie. We named our daughter after the character Alabama in the movie. I walked down the aisle to ‘You’re So Cool’ from True Romance. Our first dance at our wedding was to the love song from True Romance,” she noted at the time.

Even though the Rhode Island native doesn’t mind Barker showing off his connection with Kardashian, 42, she doesn’t like how it was affecting her children.

“I don’t have any feelings toward either one of them, like, I’m not jealous of them [Travis and Kourtney], I don’t think about them,” she told Us. “If they want to run off into the sunset like by all means, but you know, don’t alienate my children in the process.”

Earlier that week, Moakler’s kids had shared on social media that they didn’t feel as close to their mom as they do to their father. Alabama also claimed that her mother was “never completely” in her life.

“I think it’s heartbreaking when your kids go public and make accusations that aren’t true, you know, not just about me as a parent, but also about my relationship,” Moakler responded to the posts. “What mother wants to have their child upset with them? What mother wants to hear their children say such horrible things? You know, it’s just sad, but I understand they’re teenagers. They’re being influenced by numerous people who are very calculating, very manipulative and there’s nothing I can do except just be there for them [and] love them.”

With reporting by Diana Cooper