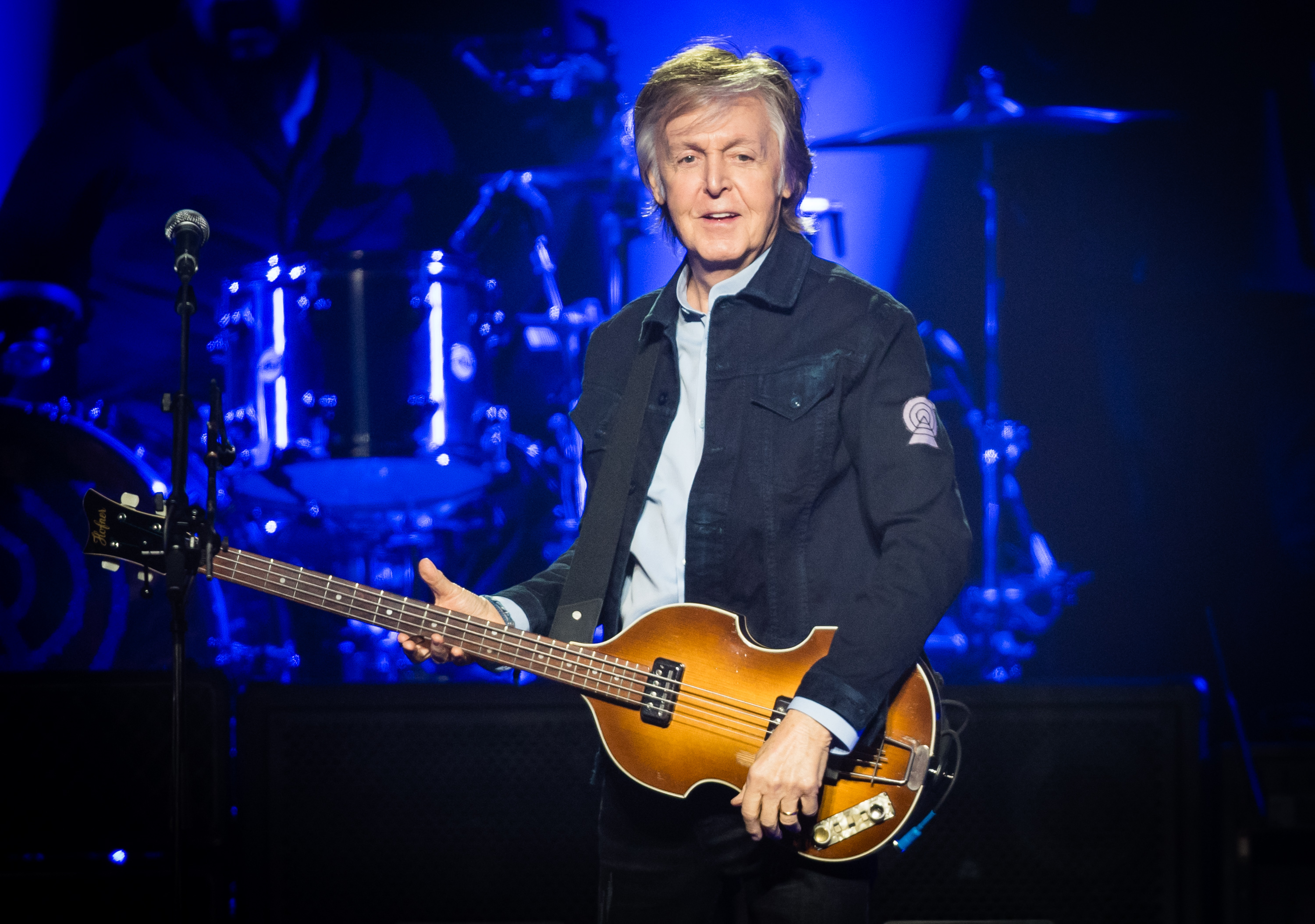 Sir Paul McCartney may be considered a music legend amongst many, but that doesn’t stop his grandchildren from urging him to put his guitar down.

While in the presence of Beatles royalty, an intimate acoustic performance in the living room sounds like a dream, right? Right. Unless you’re a child trying to watch TV.

Sir Paul hilariously revealed that his grandkids are always on hand to keep him grounded as they beg him to put his guitar away when he starts playing at home.

He claims they’d much rather binge on their favourite TV shows instead, telling the Daily Mirror: ‘I occasionally play around the house… it depends on what they’re doing.

‘They’ve maybe got some game going and I’m trying to say, “Look, people come to see me, pay money, but you’re not even remotely interested.”

‘And they say, “Granddad, look do you mind? We’re watching this programme.”‘

Although, Sir Paul did reveal that sometimes his grandchildren are all for his guitar playing when they recognise his hits, thanks to some of the Beatles hits featuring in children’s movies like The Boss Baby and Sing.

‘These songs come around because people put them in films and the kids see the films… so the kids get to know them. I love that. It means the songs become the kids’ favourites,’ he explained.

Sir Paul added that he loves ‘hanging out’ with his grandkids, as they make him laugh and ‘teach you things’.

The musician has eight grandchildren in total between his two daughters; fashion designer Stella, 50, and Mary, 52.

Paul – who recently shared he is a fan of eye yoga – revealed in 2019 that his grandson Beckett was the inspiration behind a children’s picture book he penned titled Hey Grandude.

While appearing on The Late Show over in the US, he explained the nickname Grandude came from Beckett: ‘One of [my grandchildren], who shall remain nameless, Beckett, just said one day, “Hey Grandude,” and I said, “That’s a great name”, and that’s how it started.’

As well as Stella and Mary, Paul is also dad to step-daughter Heather, 58, son James, 44, who he shares with ex wife Linda, and 17-year-old daughter Beatrice from his marriage to Heather Mills.