Home » Celebrities » Stephen A. Smith says he could have DIED after COVID-19 bout

‘If I wasn’t vaccinated I would have died’: ESPN host Stephen A Smith says he spent New Year’s Day seriously ill in hospital with COVID

ESPN host Stephen A. Smith says he rang in the New Year hospitalized with COVID – and that doctors told him he would died if he hadn’t been vaccinated.

He shared details about his serious bout with the virus Monday after returning to the air on the network’s First Take, saying: ‘It almost took me out.’

The 54-year-old began the episode by revealing he feared he might die after he was hospitalized with a 103-degree fever and double pneumonia on January 1.

‘I didn’t know if I was going to make it,’ Smith said. ‘They told me, had I not been vaccinated, I wouldn’t be here. That’s how bad I was.’

The hit show is filmed in Bristol, Connecticut, and Smith lives in New Jersey. Both states were hammered around the time of his diagnosis by a surge in cases driven by the highly-contagious Omicron-variant.

ESPN commentator Stephen A. Smith, 54, returned to ESPN’s First Take on Monday and revealed that he feared he might die from COVID-19 after being hospitalized over New Year’s Day

He shared photos of himself being inoculated last March on his Twitter profile, around the time vaccines became widely available to the general public. It’s not known whether he is also boosted.

As the sports fixture began to share details of his illness, he repeatedly interrupted himself to cough and clear his throat, though he noted that he is now negative for the virus.

‘You’re assuming that you’ll have a fever, might have a cough, gonna have that massive headache — but you’ll get over it,’ he said. ‘In a lot of cases that was the case. In my case it was totally different.’

He recounted having a fever every night, waking up with chills and a pool of sweat.

Since the pandemic began, more than 850,000 Americans have died from the virus and another 65.8million people have contracted it. 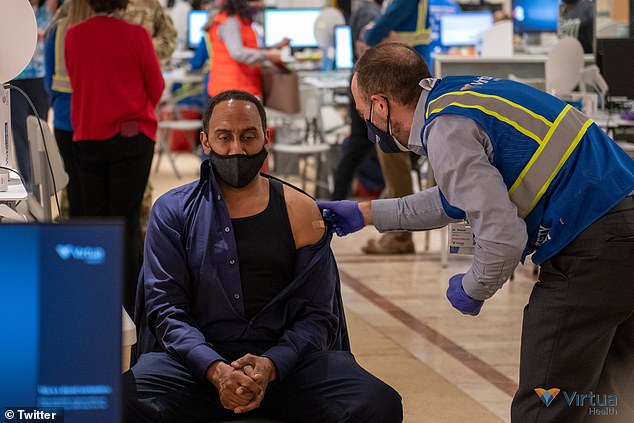 Smith shared photos of himself being inoculated last March, around the time vaccines became widely available to the general public 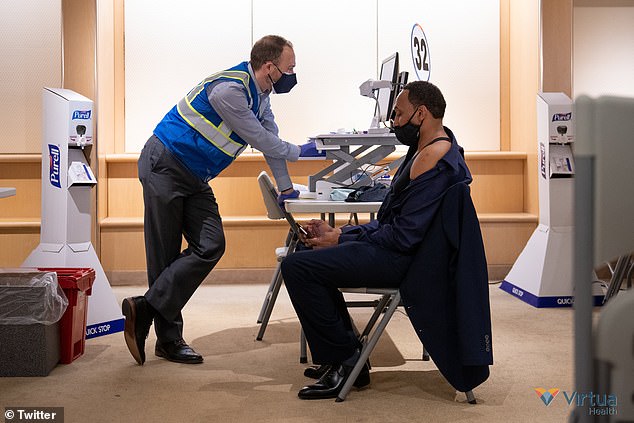 It’s not known whether he is also boosted for the virus, which has killed more than 850,000 Americans since the pandemic began 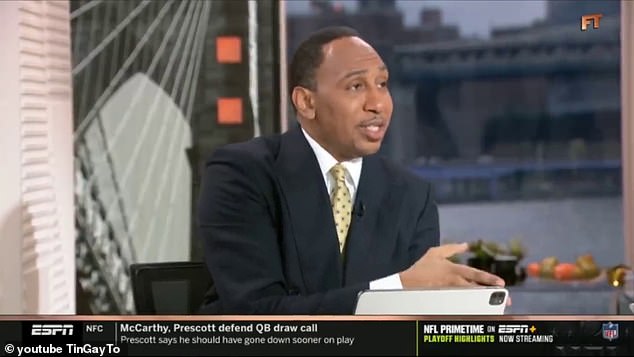 He said on air: ‘They told me, had I not been vaccinated, I wouldn’t be here. That’s how bad I was’

Smith said he developed pneumonia in both lungs, and that his bought with the illness also damaged his liver.

‘It had ravaged me to the point where even now I have monitor my volume — get to the gym every day, walk before you run,’ he said. ‘Work your way back because I’m still not 100 percent with my lungs, but I’m COVID negative. I’m on the road to recovery.’

Smith added that he ‘wouldn’t be here’ if it hadn’t been for the team of doctors helping him recover.

He used his near-death experience to advocate for viewers to get fully vaccinated against the coronavirus, as his doctors cited it as what kept him alive.

‘The vaccine, according to [my doctors] saved me,’ he said.

Smith noted that ‘everybody’s different,’ and mentioned his sister, who is a smoker but had recovered from COVID-19 within a matter of days. 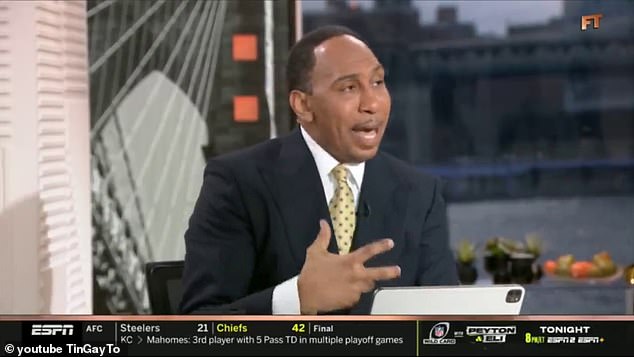 Smith was diagnosed with double pneumonia and suffered liver damage, and said he still wasn’t ‘100 percent’ when it came to lung functioning 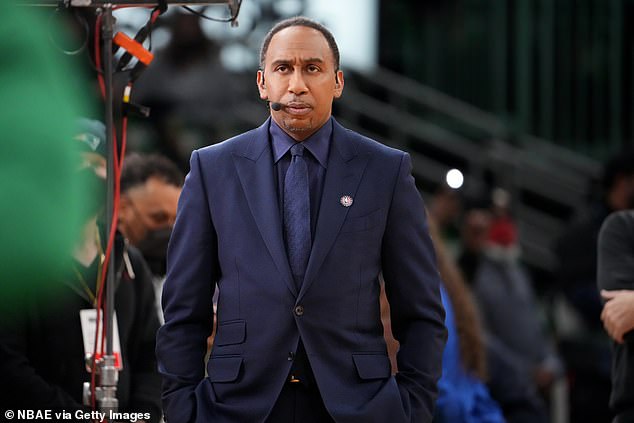 ‘I think the one thing to emphasize the importance of, no matter how you feel about the vaccine, that mask is important,’ he told viewers

‘Me? I don’t smoke and it almost took me out,’ the host continued.

He also cited proper mask wearing as essential to combating the pandemic.

‘I think the one thing to emphasize the importance of, no matter how you feel about the vaccine, that mask is important,’ he said.

‘The reason why the mask is so important is you don’t know how the next person is affected. How I’m affected is different from you are affected.’

He urged his fans to ‘think about your fellow man and woman, not just yourself, when it comes to this.’

Smith noted that he took more sick days in the past month than he had throughout his ’28-year career in this business combined,’ even though he was ‘ecstatic’ to be back to work.

‘I can’t tell you how lucky and sincerely blessed I am to be sitting here with you guys today, because two-and-a-half, three weeks ago, I didn’t know if I was going to make it,’ he concluded his introduction before getting down to business.

He seemed to be more sprightly later in the broadcast when he whipped out a cowboy hat and grabbed a cigar to gloat about the Dallas Cowboys’ season-ending loss to the San Francisco 49ers on Sunday. 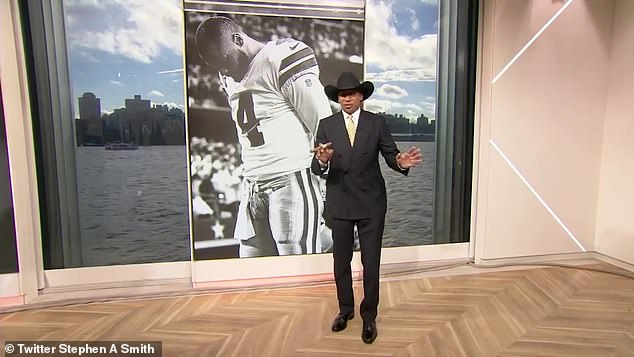