Home » Celebrities » Steve-O Says Pete Davidson's No Tom Brady, But Still Knows How to Get Kim 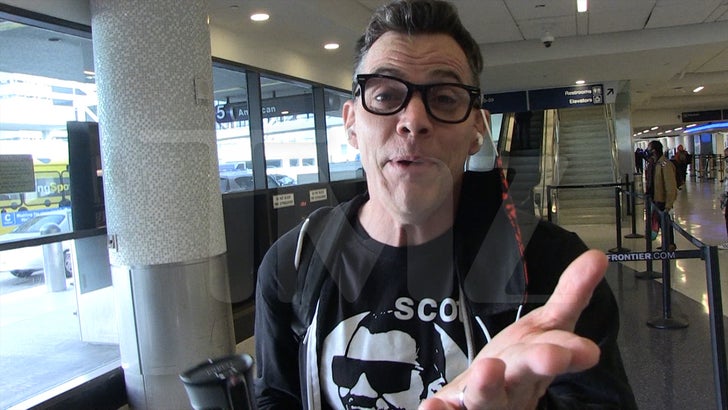 Steve-O admits it — to his naked eye, there’s no way Pete Davidson should be bagging beautiful women like Kim Kardashian but adds … it’s got nothing to do with eyes or looks.

We got the “Jackass” star Thursday at LAX, and he was happy to weigh in on the new couple that has everyone buzzing after 2 consecutive dates in NYC. Steve started out by taking what, initially, came off like a big shot at Pete … comparing him to Tom Brady.

He says we can all agree TB is gorgeous, “But Pete Davidson? I don’t see it.”

But, after that brutally honest opinion, he broke down exactly what Kim probably has seen in Pete since their time together on ‘SNL’ and riding rollercoasters together last weekend.

Steve says, “It’s testament to how funny Pete Davidson is. The way to a woman’s heart is to be funny.”

We’ll say this — Steve-O offered us some strong visual support for his theory by pointing out his own gorgeous GF, who was standing just a few feet away. For the record, she also admits it’s about good humor.

Sorry, Steve … guess you’re no Tom Terrific either. It’s alright, none of us are.