Walking on the beat! Sting’s son Giacomo Sumner is set to join… the police

It is not unusual for a son to follow his father into the same line of work.

But the trend has been given a new twist after the youngest boy of musician Sting – the former frontman of rock band The Police – applied to become a real-life officer of law and order.

Sting’s band had a string of hits including Walking On The Moon and Roxanne.

After completing a two-day trial to join the Metropolitan Police, Giacomo Sumner – known to friends as Jack – is hoping for good news in the New Year.

If he gets the job it will be a dream come true, as he has declared on Facebook: ‘Becoming a police officer has been my dream since I was 13 years old.’

A friend told The Mail on Sunday: ‘He is interested in a police career and has applied to various departments.

‘He has had an interview with the Met Police and a fitness test. He is waiting to hear back and hoping that he gets in.’ 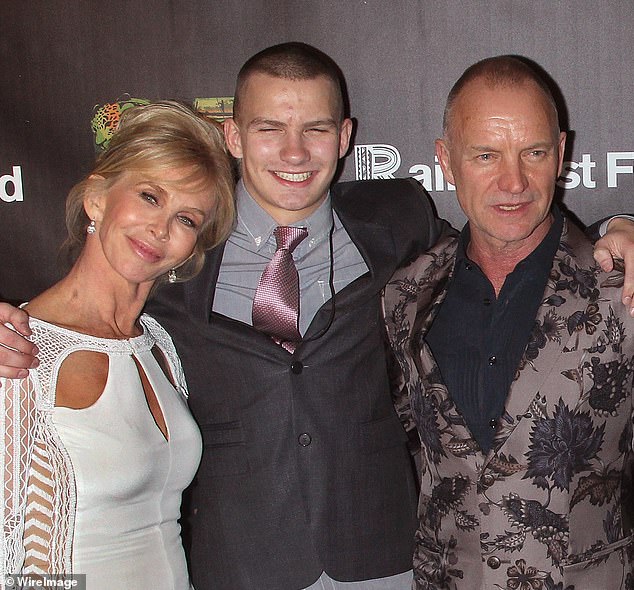 It is not unusual for a son to follow his father into the same line of work. But the trend has been given a new twist after the Giacomo Sumner (centre), the youngest boy of musician Sting (right), completed a two-day trial to join the Metropolitan Police

Another source said: ‘Giacomo will have taken a rigorous two-day assessment trial.’

The 26-year-old graduated with a Bachelor of Science degree in criminal justice from California Lutheran University in May last year.

When he graduated, Giacomo’s mother Trudie Styler gushed on Facebook: ‘Dad and I so very proud of you. Your hard work has paid off!’

She also praised his ‘tenacity… grit and determination’.

Giacomo’s elder brother and two sisters have all pursued glamorous careers in music and film, so in some respects – despite the amusingly familiar job title – Jack is bucking the family trend.

A friend said that at the very least he is likely to be offered a job as a special constable – like Rod Stewart’s wife Penny Lancaster. 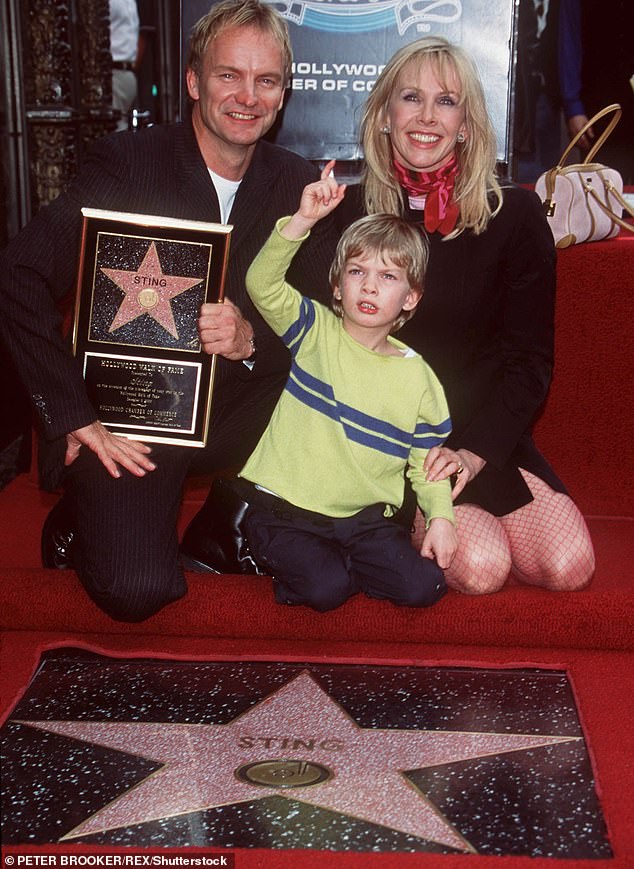 Sting, 70, and his actress wife Trudie, 67, (pictured together) have four children together

Sting, 70, and his actress wife Trudie, 67, have four children together.

The eldest, Brigitte, who goes by the name Mickey, appeared in the Tom Cruise movie American Made and the Netflix hit Snowpiercer.

Meanwhile, Jake is a film-maker who has worked on music videos for the likes of Bruno Mars and Damien Marley.

Eliot had some modest chart success as a musician before turning to film, landing roles in the latest James Bond movie and a forthcoming TV series based on Patricia Highsmith’s celebrated Tom Ripley novels.

Giacomo made his acting debut at 11 and had small parts in a number of productions before making his move to join the constabulary.

On his Instagram account he has written: ‘Be kind to yourself and be kind to others. I’m a huge dog enthusiast!’