The Bill is reportedly set for a comeback, with three of the hit show’s biggest stars interested in making a return, more than a decade after the series ended.

It is understood that Graham Cole, Trudie Goodwin and Mark Wingett have been approached by writer Simon Sansome who has allegedly acquired the rights.

A source has also claimed that the idea for a reboot, thought to be named Sun Hill after the station where the series was based, really kicked off after the original cast reconnected in 2020. 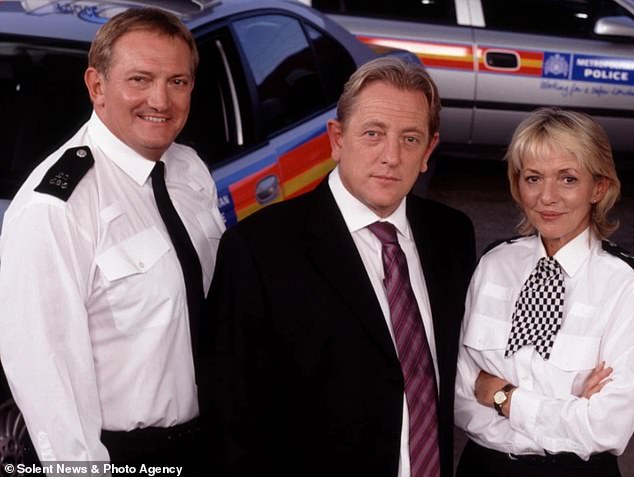 Exciting! The Bill is reportedly set for a comeback with Graham Cole, Trudie Goodwin and Mark Wingett (pictured in character) thought to making a return

They told The Sun: ‘Simon [Sansome] started investigating the rights and managed to acquire them. Three of the best known stars are in talks and he’s hopeful he can get them on board.

‘They’re in constant contact and the project has begun to move on quickly. There’s a couple of channels interested in bringing back what is such a well-loved story.’

The source also claimed that the show intends to have a mix of old and new cast members with the older stars returning as consultants.

They said: ‘The new, green, coppers need a helping hand after murder and suicide rates go sky-high in Sun Hill so they bring back the legends as consultants.’ 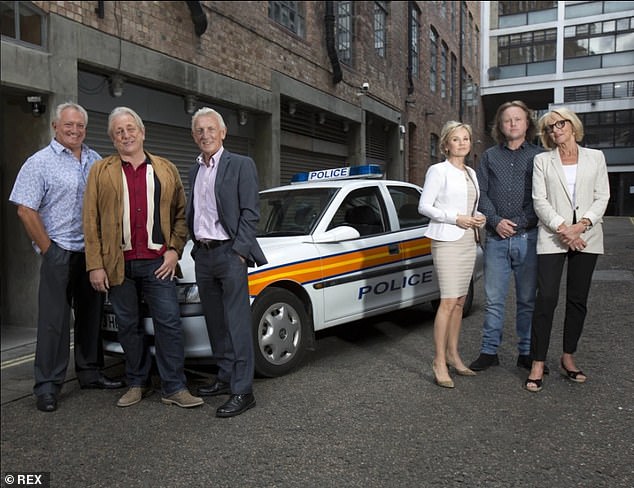 Iconic drama: A source has claimed that the idea for a reboot kicked off after the original cast reconnected in 2020 (six cast members pictured with a vintage police car in 2007)

Although writer Simon is heading the project, EastEnders and Holby City writer Tony McHale is understood to have seen the script and being talks about joining the team.

MailOnline has contacted Graham, Trudie and Mark’s representatives for a comment.

The Bill ran for a total of 26 years, with the popular series ending in 2010 after being axed – much to the dismay of devoted fans.

Mark, 60, played DC Jim Carver while Graham, 69, was PC Tony Stamp on the show and Trudie, 69, had the role of Sgt June Ackland.

Throughout its 26-year run, The Bill also saw a host of famous faces guest star with many appearing on the series before their big Hollywood breaks. 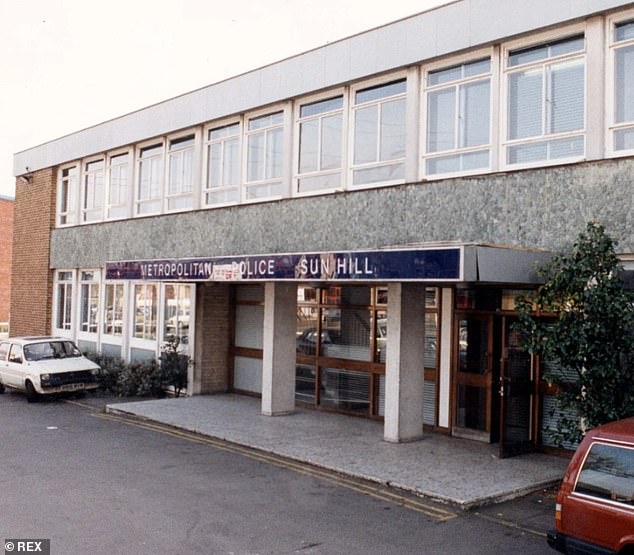 Nice touch: It is understood that the alleged new show will be called Sun Hill after the fictional station in east London (pictured) where the series was based

Among those who have appeared on the show are Emma Bunton, James McAvoy, Russell Brand and Downton Abbey star Joanne Froggatt.

Last April, Trudie, Mark and Graham joined Eric Richard and Chris Ellison on a virtual reunion from COVID-19 lockdown to celebrate the UKTV launch of the series.

The cast started the call ‘in the slammer’ with prison bars as their backgrounds before changing to pictures of Sun Hill and images of themselves from back in the day as they reminisced.

Chris, who played DI Frank Burnside, recalled shooting car scenes ‘with our trousers off, not because we were too hot, just bored,’ while Mark, who played PC Jim Carver, remembered the ‘belly laughing’.

Graham, who played PC Tony Stamp, joked that Keira Knightley ‘never phoned’ after he worked with her on one of her first ever TV episodes.

12 stars who appeared in The Bill 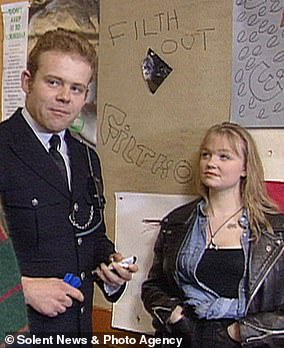 Who’s that girl? Before the world had ever heard of The Spice Girls, Emma Bunton played a troubled teenager in 1993

1. Robert Carlyle: The James Bond baddie, also known for his roles as Begbie in the film Trainspotting and Gary Schofield in The Full Monty, guest starred in 1991 episode The Better Part of Valour

2. David Walliams: The Britain’s Got Talent judge appeared in a 2002 episode of The Bill as an animal rights activist who takes part in an anti-vivisection march

3. Alex Kingston: The English actress who went on to star in global TV medical smash hit ER as Dr. Elizabeth Corday made one of her first TV appearances in The Bill in 1988

4. Emma Bunton: Before the world had ever heard of The Spice Girls, Bunton played a troubled teenager in 1993 episode Missionary Work

5. David Tennant: The Doctor in TV’s Doctor Who made an appearance as kidnapper Stephen Clements in 1995

6. Russell Brand: The notorious stand-up comedian and Hollywood actor debuted in The Bill as a cocky young thief in 1995 when he was 18

7. Omid Djalili: The British/Iranian actor and comedian, who has completed several headline tours and starred in films such as The Infidel, made a guest appearance in the episode Chasing Shadows 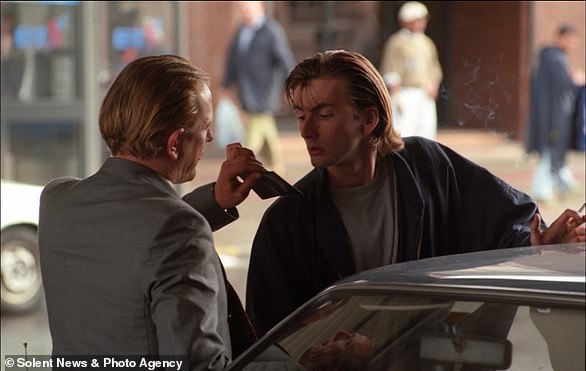 Crime role: Doctor Who star David Tennant made an appearance as kidnapper Stephen Clements in 1995 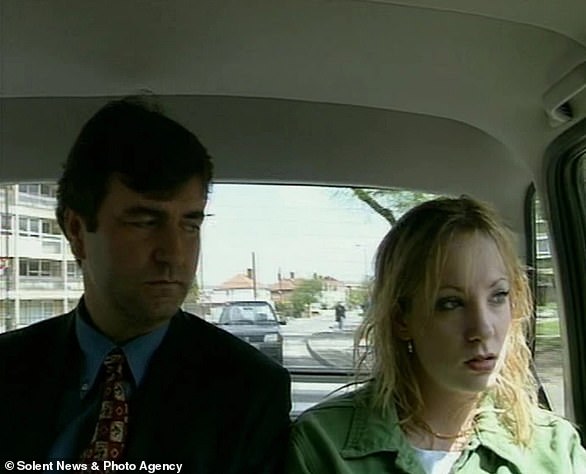 Before Downton Abbey: Actress Joanne Froggatt starred in the hit police show back in 1996 when she had a part during episode Unlucky In Love

10. Meera Syal: The comedian, writer and producer who rose to prominence as one of the team that created Goodness Gracious Me made an appearance as a solicitor in a season seven episode of The Bill

11. Joanne Froggatt: The Downton Abbey star appeared in the hit police show back in 1996 when she had a part during episode Unlucky In Love 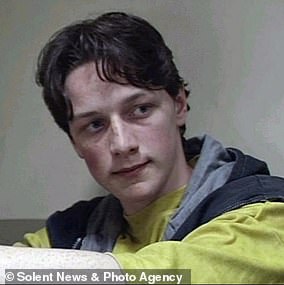 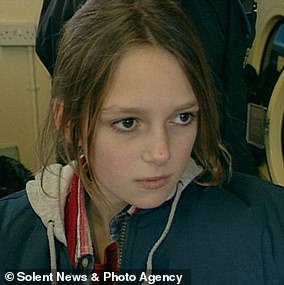 The show followed the lives of the employees working at the fictional station in East London.

Trudie said that playing female Police Constable June Ackland was ‘all about did you have your handbag or not?’

She added that she was ‘very determined to make her a career woman’ and that if the show was remade today there would be ‘more women and more ethnic minorities, which wasn’t the case in our day’. 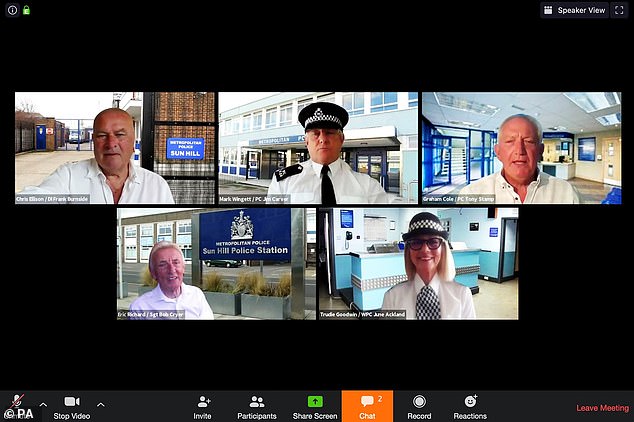 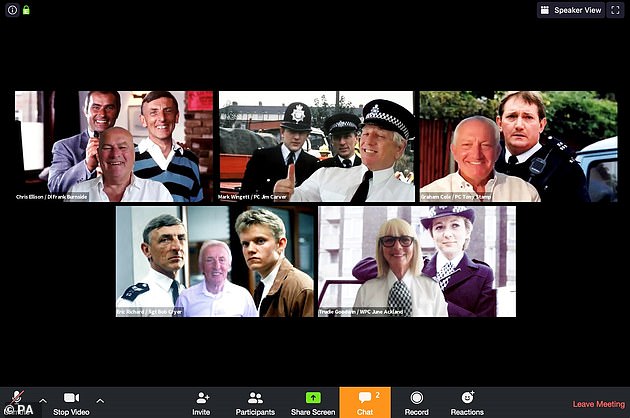 Youngsters: After first appearing ‘behind bars’ the backdrop changed to pictures of Sun Hill and images of themselves from back in the day as they reminisced

Trudie added that the most noticeable difference would be the ‘lack of police on the streets’ nowadays, but she thought otherwise it wouldn’t be markedly different.

When Chris and Mark imagined how their characters would fair in 2020, Mark revealed that he thought Carver would ‘be alright’ but Chris jokingly confessed that ‘Burnside would be in prison!’

The Bill cast reunited on This Morning in 2017 and delivered a shock revelation, that they were scolded by real law enforcement officers as the series contained some factual inaccuracies.

It was revealed: ‘We spent time with the MET police. They said to us ‘I’ve noticed every mistake you’ve made and you won’t get our support!’

‘But then there was a swell and police enjoyed watching it. We would go out with the guys, out with the cops four to five times a year, in the area cars, and slip in lines to the script right from the real thing!’

Trudie explained: ‘I never thought that the Bill would run for so long!’ the actress – who played June Ackland from the pilot in 1983 until 2005 – then added: ‘I miss the people, not sure I miss the work so much.’

Speaking to the Radio Times around the same time, Trudie said the long-running show should have never been axed and it hasn’t been replaced.

She reasoned: ‘I see no reason why that programme shouldn’t still be on if it had been handled properly.

‘What we lost was something like 90 hours of drama a year, which has never been replaced really.’

Eric said, in an interview in 2016, of the series: ‘Any TV show which runs for over 25 years will have something special about it – and The Bill was no exception.

‘It featured great casting, great plot lines and most of all a certain magic that clearly helped take it to the nation’s hearts.

‘There was an incredible depth of acting talent and behind-the-scenes staff – I worked with more than 5,000 actors while I was in The Bill and there aren’t many shows that can claim that.’

THE CAST OF THE BILL: WHAT THEY DID NEXT 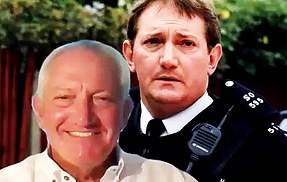 He was written out the year before the show was axed, when he became a driving instructor instead.

He was written out because The Bill was being regenerated with a younger cast. This, however, led to its downfall.

Graham did return to acting, however, and was seen in the likes of Law & Order: UK, Doctors and Holby City.

He was also awarded an OBE for his continuing work with charities. 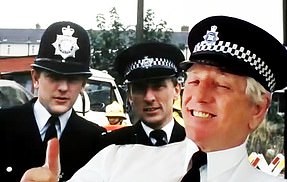 He was already a known actor, featuring in the likes of Quadrophenia and The Professionals.

He had a two-year hiatus from The Bill but returned for the final episodes when the show ended in 2010.

He has since cropped up in the likes of Doctors and Hollyoaks and appeared in 2015’s big screen adaptation of Far From The Madding Crowd, opposite Carey Mulligan, Juno Temple and Michael Sheen. 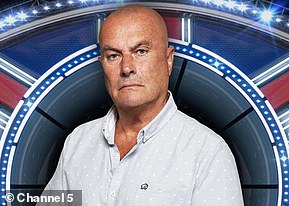 Chris played the volatile Burnside for 15 years on The Bill and proved so popular that he got a spin-off in 2000.

Titled Burnside, it saw him work for the National Crime Squad.

It only ran for one season, and aired six episodes.

He has since appeared in EastEnders, an audio play for Doctor Who, as a contestant on Pointless Celebrities and found himself on Celebrity Big Brother in 2015 alongside Janice Dickinson, Jenna Jameson and Daniel Baldwin. 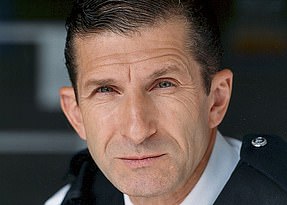 Jeff is best known for his role as PC Reg Hollis in The Bill. The actor played the much-loved character for 24 years before the character was axed in 2008

Jeff ‘felt badly let down’ by the shock axing and later tried to take his own life.

But he overcame his mental health problems and has continued to act in roles in Crossroads, Doctor Who and Hi-De-Hi! He also appeared in killer crocodile sequel Lake Placid: The Final Chapter. 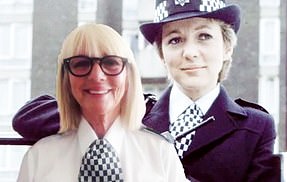 Ackland was the longest -standing female character on The Bill with Trudie fronting the role for 24 years from its 1983 pilot to 2007.

The character left the series when her relationship with Jim Carver came to an end.

She also made headlines when it was revealed her daughter is the pop star La Roux. 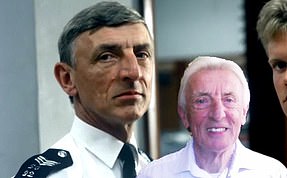 Appearing in 670 of The Bill’s episodes, Eric eventually said goodbye to the cop drama in 2004.

He appeared in Holby City afterwards and even cropped up in 2017’s Christopher Nolan epic Dunkirk, which starred the likes of Kenneth Branagh, Tom Hardy and Cillian Murphy.

Off-screen, he suffered personal tragedy when his grandson Charlie was revealed to have been the youngest victim of the Indian Ocean Tsunami in 2004. 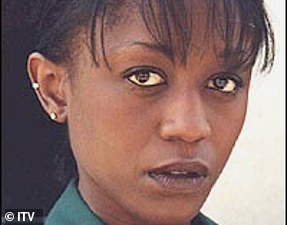 Diane played DC Eva Sharpe – the extrovert, out-spoken constable who was beloved by many and irritated by some.

She left The Bill after a short stint and joined the cast of EastEnders in 2006, where she has been a mainstay ever since, playing tough cookie Denise Fox.

She took time off the soap after having a baby but returned 18 months later.

She won the Royal Television Society award for Best Actress in 2001. 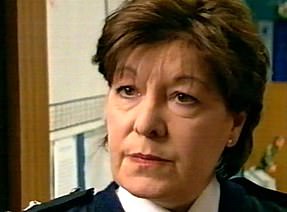 The character of Gold featured between 2002 and 2008, deciding to resign from the force after another character was held hostage. Before landing a role on The Bill, Roberta Taylor had roles on shows such as Inspector Morse, Minder, and The Knock, to name a few.

Prior to this, she was a regular face on EastEnders, playing Irene Raymond from 1997–2000. She went on to appear in Father Brown and Casualty, and cropped up in Luther last year.