Zack Snyder’s Army of the Dead may not match his 2004 seminal zombie entry Dawn of the Dead, but it’s signaling the creative freedom he’s been exercising after the release of his version of Justice League.

His zombie heist movie landed on Netflix last week and has been dissected for hidden references and clues, fan theories based on plot outcomes and other ambiguities.

They are as compelling (Omari Hardwick’s Vanderohe as the next zombie leader?) as they are often ambitious (how Army of the Dead fits into the Snyderverse, yes really). One of the stand-out theories though has been that the characters are stuck in a time loop, but don’t blame yourself if you missed the Easter eggs on this.

On first watch, it’s hard to notice much when the heist crew of Scott (Dave Bautista) have to survive zombie-infested dangers in Las Vegas, including a menacing zombified tiger prowling the wasteland. Scott’s job, as mandated by casino owner Bly Tanaka (Hiroyuki Sanada), is to recover millions of cash locked up in a vault.

The time loop begins to loosely impose itself when they come up close to the sealed vault, and spot several skeletons slumped in a corner. 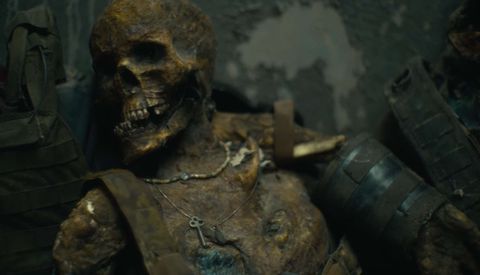 In that moment it is believed that the skeletons belong to a previous crew who had attempted to retrieve the cash but failed. However, the skeletons are wearing the same items the gang presently have on themselves – uncannily so, from Scott’s red bandana to Maria’s (Ana de la Reguera) key necklace.

Maria’s necklace is particularly an interesting study because the skeleton version of her only bears one with three keyholes, while there are four in that of living Maria’s. Could this mean that, before now, the dead skeleton crew were on their third attempt at breaking into the vault? And now, Scott and his crew have made it further than before?

“It could be us in another timeline and we are caught in some infinite loop fighting and dying,” says Vanderohe in a meta, throwaway way to Dieter (Matthias Schweighöfer) and the others.

Then he refers to Bly Tanaka as a “puppet master” or “God” and that they are simply pawns in some perverse game where they are destined to repeat their failures. “Finally, in some mind-bending ironic reveal, it all begins,” he concludes. 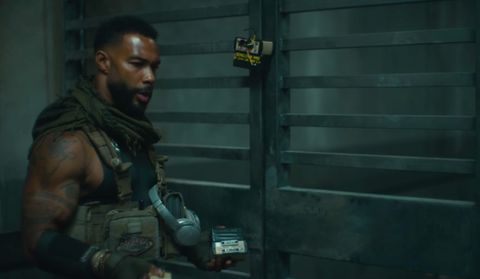 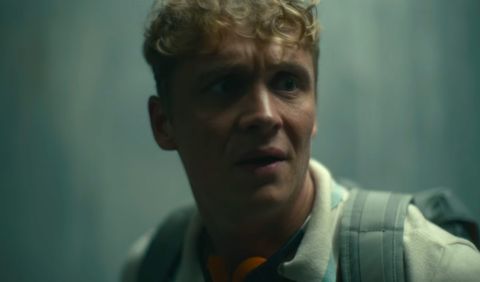 This implicates Tanaka as knowing more than what he’s already told them. Vanderohe himself is a bit of mystery too, already knowing about the alphas within the zombie hierarchal order before Lily (Nora Arnezeder) mentions them as they proceed towards the land of the undead. Almost like he has memories from his previous loop…

With the way time loops operate in movies or shows, there’s usually a reset event, something that reels a narrative sequence back towards the beginning. In Army of the Dead, the nuclear bomb dropped to annihilate Las Vegas along with its zombies could be the event that restarts the sequence.

In this particular loop though, Ludwig (Matthias Schweighöfer) shoves Vanderohe inside the vault to save him as zombie king Zeus attacks them, a vault that Ludwig previously said led into another realm. So it could not only be a time loop, but also a multiverse, as Vanderohe wasn’t meant to survive.

Interestingly Ludwig, the safecracker who isn’t much of a fighter like the others, had been shown earlier in the movie having shooting practice with Vanderohe before the mission. The targets are empty beer bottles, and while it would have been reasonable for him to misfire, Dieter shoots each bottle with precision. 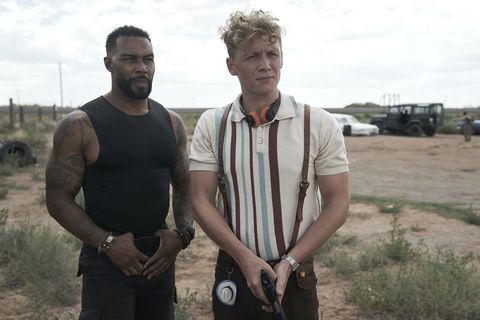 You could also look at Chambers (Samantha Win) who admits that she’s never killed a zombie when Scott throws out the question early on, yet later turns out to be a relentless zombie slayer. For Chambers and Ludwig, these survival skills could be remnants or retentions from their previously doomed timelines, now playing out in the current loop.

What is also interesting about the movie’s time-loop theory is that it appears that all the characters have their timelines happening at the same time, amalgamated in some way. In fact, Snyder has come out to give the theory a bit of credibility.

He told The Film Junkee: “There’s a chance, and I’m not saying that this is 100% true and in some ways it’s not, but the group at the table, I mean, it’s pretty subtle, but that’s them also at the table. They get farther every time, possibly… is this the time they made it all the way to the money?”

Army of the Dead is already gunning for its own cinematic universe with a movie and a TV series which will both be prequels, as well as the movie ending on a cliffhanger that naturally hints at a sequel.

But the time-loop theory, if true, also establishes this world as a potential multiverse that could see it spin off in numerous directions. The only drawback is that time loops can be slippery and complicated, but we trust Snyder to make it worthwhile. Unless this was all just some big joke at our expense…

Army of the Dead is available to watch on Netflix.