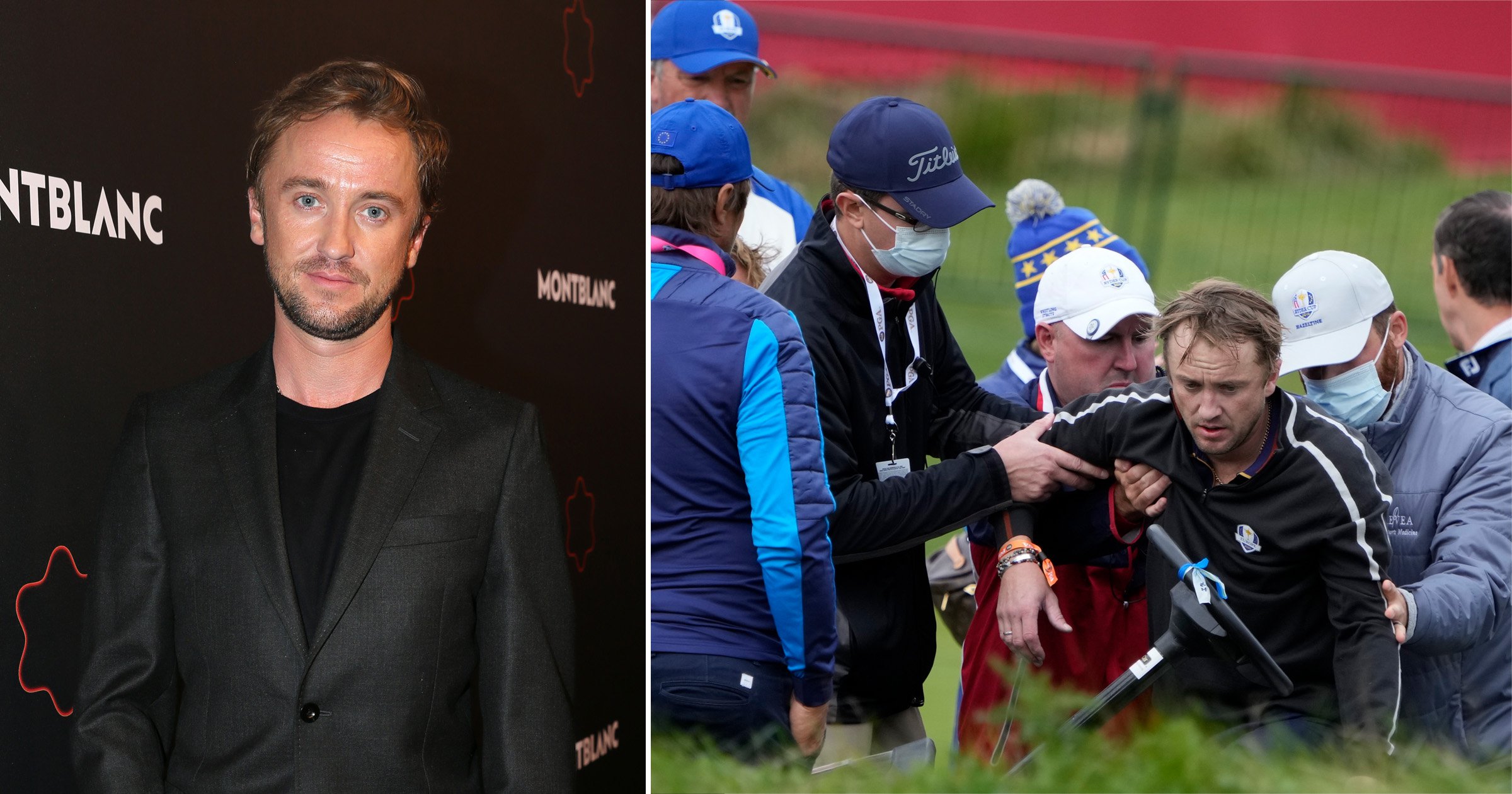 Tom Felton’s friend has shared a health update after he ‘collapsed’ at a golf game.

The Harry Potter actor, who played Draco Malfoy in the wizarding franchise, sparked concern when he was stretchered off at the Ryder Cup celebrity match on Thursday, in Wisconsin.

In pictures from the incident, the 34-year-old was seen sitting on the floor as a medical team checked him out.

While he has yet to speak out over what happened, his friend Derek Pitts shared an update on his own Instagram page.

Beside a snap of Tom on his Instagram story, the singer simply wrote: ‘He’s okay,’ beside a heart emoji.

Reports suggest that the star collapsed during the game, but it is not clear what caused the medical emergency.

In worrying pictures from the golf course, he was seen surrounded by the crew and fellow colleagues as he sat on the grass.

Two men in face masks then carried him to a stretcher, before he was laid out on the back of a cart and driven away.

Video footage recorded by an onlooker in the stands revealed how the audience cheered him on as he was driven away from the area.

A statement from the PGA of America said: ‘In today’s Ryder Cup Celebrity Match, actor and musician Tom Felton experienced a medical incident on the course while participating for Europe.

‘He was transported to a local hospital for treatment. No further details are available.’

Tom was competing in the European team for the traditional six-a-side Ryder Cup Celebrity Match, before the main event.