‘There was jumping from bed to bed’: Ulrika Jonsson dishes on Gladiators’ steamy antics as she reveals female star bedded four in one night and girls would GLUE leotards to their behinds

She shot to stardom in the 1990s presenting iconic TV show Gladiators.

And now Ulrika Jonsson is dishing all from her time on the show nearly three decades on, as she’s revealed the steamy antics the cast would get up to off camera.

Insisting there was plenty of bed-hopping between shows, the presenter revealed one female star was caught sleeping with four different people and the girls would be forced to glue their lycra leotards to their behinds, as the outfits they had to wear were so skimpy. 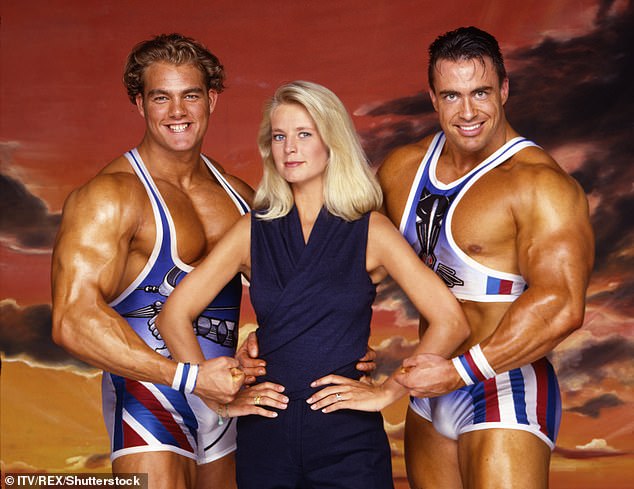 Steamy: Ulrika Jonsson has dished all on the backstage antics of the Gladiators cast in the 1990s and revealed there was ‘loads of jumping from bed-to-bed’ between the stars (pictured above with Hunter (L) and Trojan (R) in 1994)

Joining Vicky Pattison on her podcast The Secret To, conversation quickly turned to Ulrika’s first foray into presenting, where she landing the hosting gig of show Gladiators in 1992.

The much-loved series was a sports entertainment gameshow that saw members of the public compete against a Gladiator – an elite athlete – in a series of physical challenges in order to reach the final round,The Eliminator, and be crowned champ.

Keen to hear all the juicy details on what went on backstage, Vicky didn’t hold back as she said to Ulrika: ‘I have to ask, was everyone f**king each other on Gladiators?’

Happy to indulge Vicky, Ulrika replied: ‘Apparently. Not me… I was writing my lines, I mean learning my lines. Apparently, in the first year that we did it – [the cast] took over a whole floor in the hotel – there was loads of jumping from bed to bed.’ 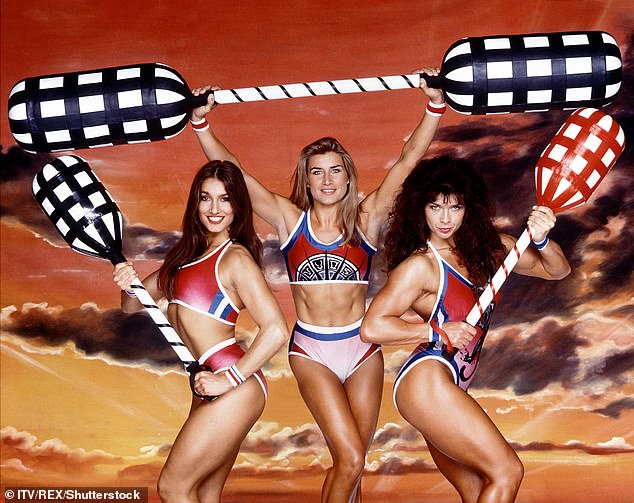 Scandal: Appearing on Vicky Pattison’s podcast The Secret To, Ulrika revealed one female star was caught bedding four people in one night in her hotel room 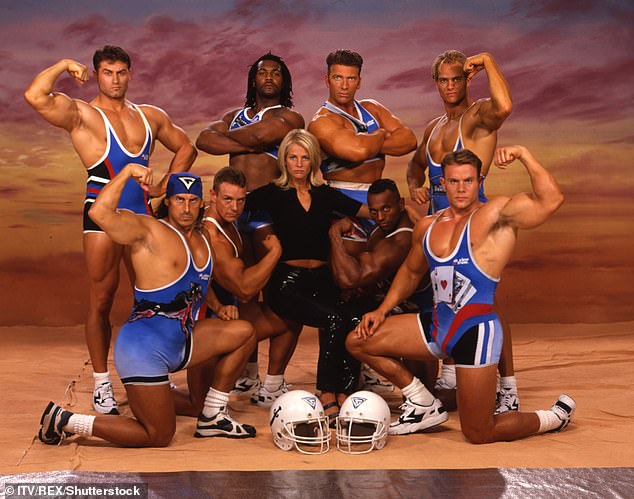 Iconic: The mum-of-four shot to fame hosting the iconic series that saw male and female Gladiators take on members of the public in physical challenges

Ulrika revealed that one of the show’s female stars, who she refused to name, once confessed to sleeping with four different people in one night.

She continued: ‘There was one female gladiator, somebody picked her up on it – she should remain nameless – they said, “F**king hell, what was it… you were f**king five people… coming and going from your room last night.”

The mum-of-four added that the hotel hosting the stars had to stop them from using fake tan as it would ‘ruin’ the sheets on the bed in their rooms. 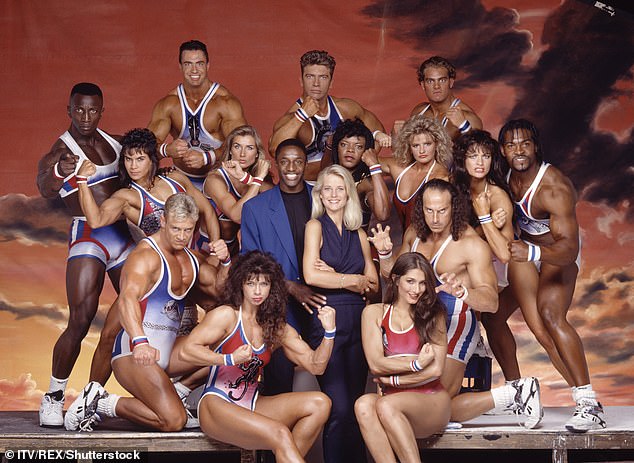 Much-loved: Ulrika co-hosted the gameshow for its eight-year run alongside John Fashnanu (pictured centre alongside Ulrika) 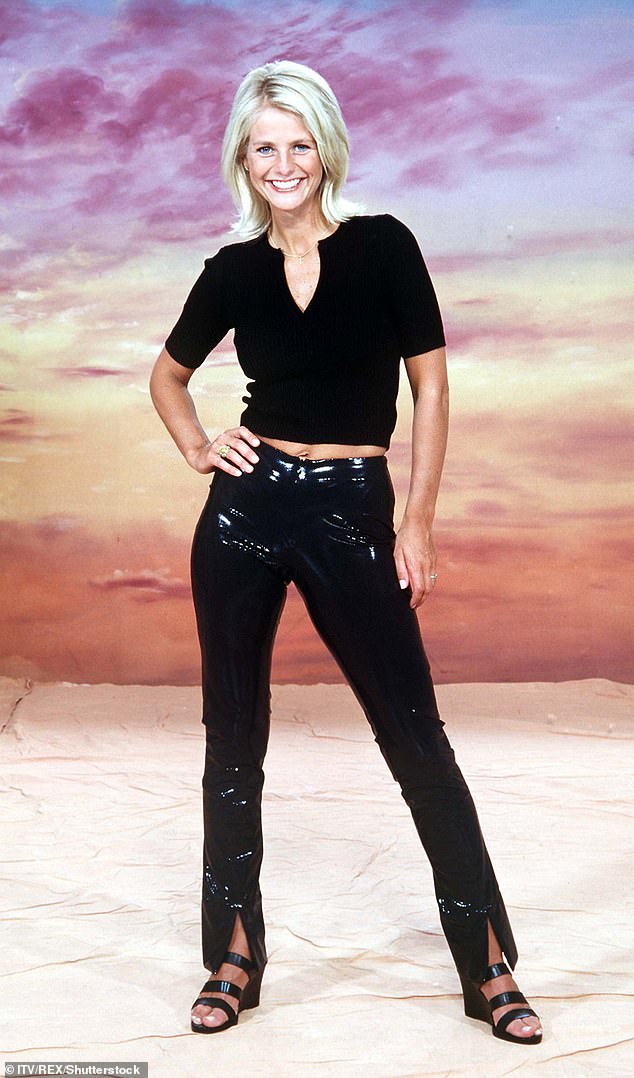 Wardrobe wars: She recalled being ‘so uncomfortable’ in the outfits she would be made to wear while hosting the show, including tight leggings and push up bras

Ulrika was romantically linked to one of Gladiators’ male stars, Hunter – real name James Crossley, and while the pair initially denied they were involved, Ulrika penned about their relationship in her autobiography, Honest, released in 2003.

They dated from 1996, with Ulrika admitting she was ‘infatuated’ with her ex-beau.

Chatting with Vicky, Ulrika revealed that Hunter was only 22 years old when they first began dating, as she praised the former bodybuilder for being the ‘sweetest man’.

‘Obviously I dated Hunter for about a year and a half and away from the show he was amazing and the sweetest, sweetest man,’ she said. ‘He was only 22 when I think when I got together with him. Poor boy.’

Reflecting on the show, Ulrika also revealed that the female stars would be forced to glue their lycra leotards to their behinds to stop them from riding up. 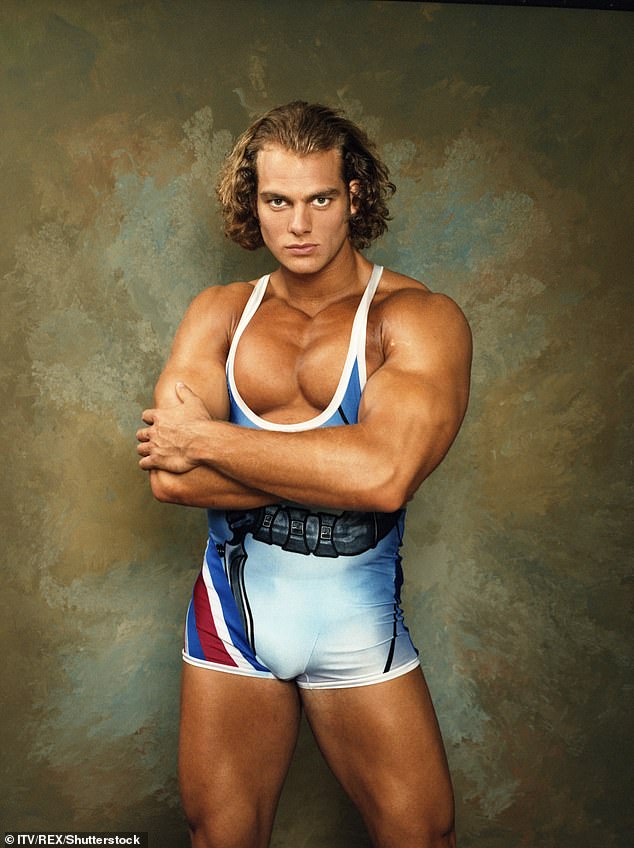 Romance: While working on the series, Ulrika dated ex-boyfriend James Crossley, who appeared as Hunter on Gladiators 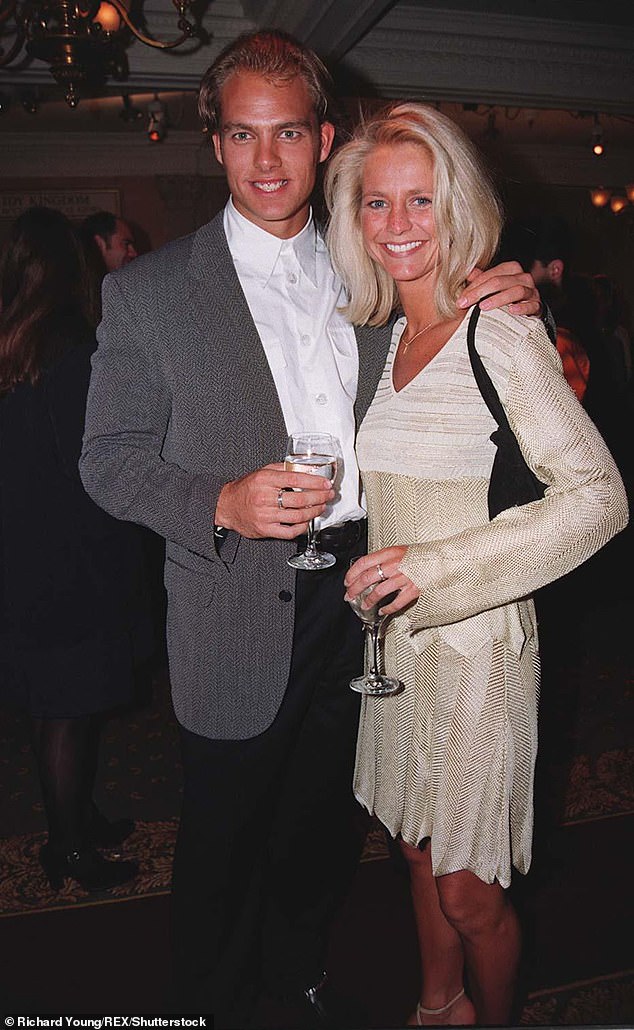 Smitten: She previously admitted she was ‘infatuated’ by the bodybuilder (pictured in 1996) 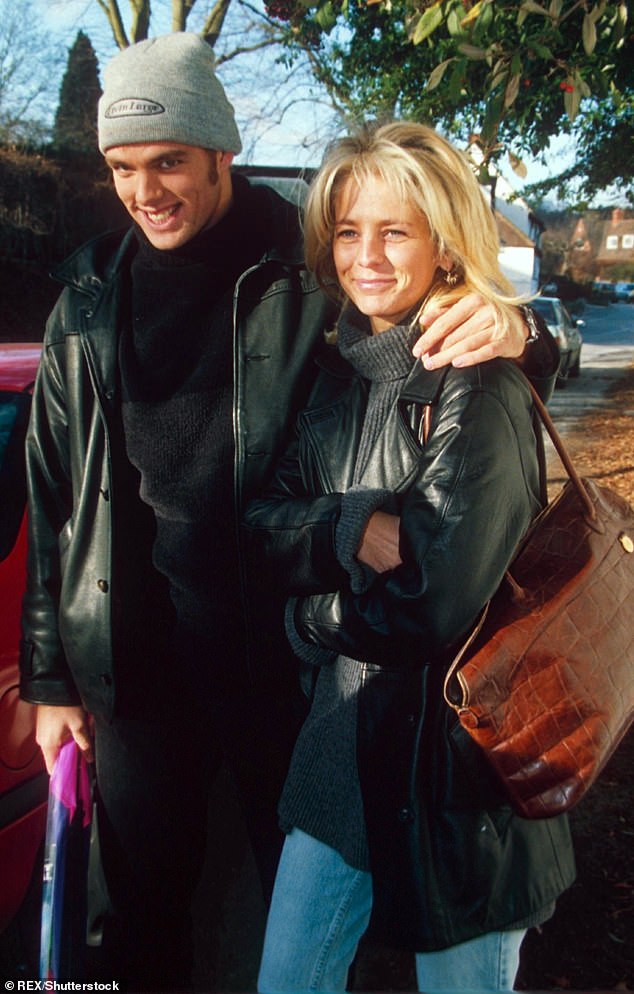 Low-key: The pair denied they were dating at the time, but Ulrika penned about their romance in her 2003 autobiography and described James as ‘the sweetest man’ during her podcast appearance (pictured in 1997)

The female Gladiators, which included former British swimmer Sharron Davies who appeared on the series as alter-ego Amazon, were known for their scantily-clad sporting gear that they would compete in.

Ulrika revealed: ‘The female Gladiators were having to glue the outfits on to their bums, as the costumes were so small. They would disappear and if they were wrestling you might get an eyeful.’

‘It was so sexually charged, but a family show,’ Ulrika added, as she admitted she used to feel ‘so uncomfortable’ in outfits she was made to wear as host.

‘In the first series they wanted me in a leotard and leggings and I was so uncomfortable. I also had a push-up bra so that I looked sporty,’ she said. 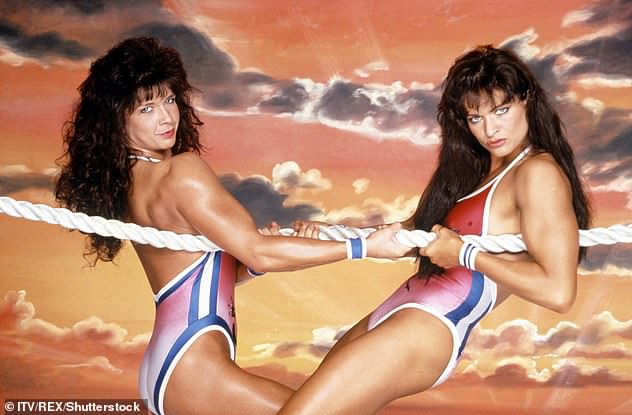 Sticky situation: Ulrika also revealed that the female stars on Gladiators were forced to glue their lycra leotards to their behinds to prevent them from riding up because they were so small (pictured: Panther, Helen O’Reilly, (L) and Scorpio, Nikki Diamond, (R)

‘The second year I said to the wardrobe guy, “I feel so uncomfortable in this. Put me in something flowing, or whatever.”‘

As well as both male and female Gladiators, the show also had its own cheerleading squad known as the G-Force.

Gladiators ran for eight years between 1992 and 2000 on ITV, with Ulrika serving as the show’s main host alongside former footballer John Fashanu and Jeremy Guscott, who stepped in to replace John for one year between 1997 and ’98.

Since then, Ulrika appeared as a team captain on BBC Two series Shooting Stars and has starred on a number of reality shows including, Celebrity Big Brother, Celebrity Masterchef and First Dates Hotel in 2019.

Most recently, fans have seen Ulrika put through her paces on the third series of Celebrity SAS: Who Dares Wins by ex-military soldier Ant Middleton.

Ulrika was forced to withdraw from the series early on due to medical reasons, after struggling to recover from a case of mild hypothermia she suffered in the first episode. 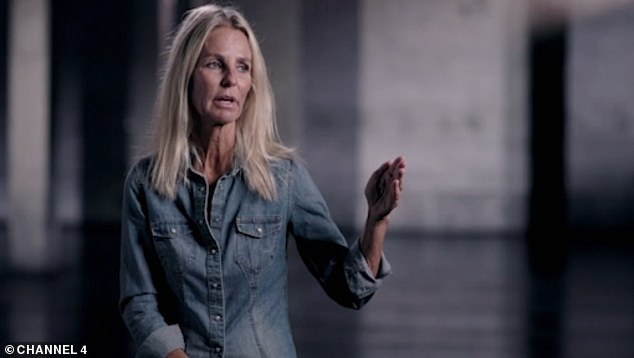 Moving on: Fans recently saw Ulrika appear on Celebrity SAS: Who Dares Wins, but she was forced to withdraw from the series on medical grounds after suffering mild hyperthermia