Victoria Beckham poked fun at her time as a card-carrying WAG on Sunday as England beat Croatia in their first match of the delayed Euro 2020 tournament.

The designer, 47, shared a throwback snap from the early noughties in the stands at a match, watching football star husband David playing. 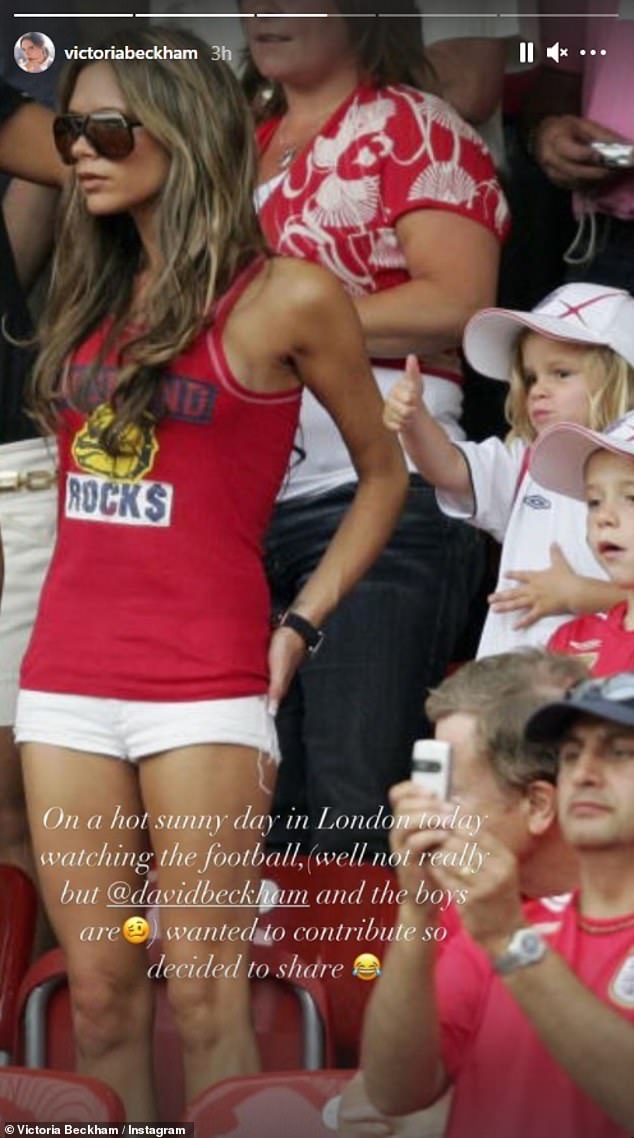 ‘I wanted to contribute!’ Victoria Beckham poked fun at her time as a card-carrying WAG on Sunday as England beat Croatia in their first match of the delayed Euro 2020 tournament

She donned oversized dark shades, proving some things don’t change, and with her in the stands were her eldest sons, Brooklyn and Romeo.

Romeo, now 18, looked to be around two-years-old, with Brooklyn, now 22, looking about six, suggesting the photo was from the Euro 2004 championships, which took place in Portugal.

This pre-dated the birth of Victoria and David’s third son, Cruz, now 16, who they welcomed the following February. They are also parents to daughter Harper, now nine. 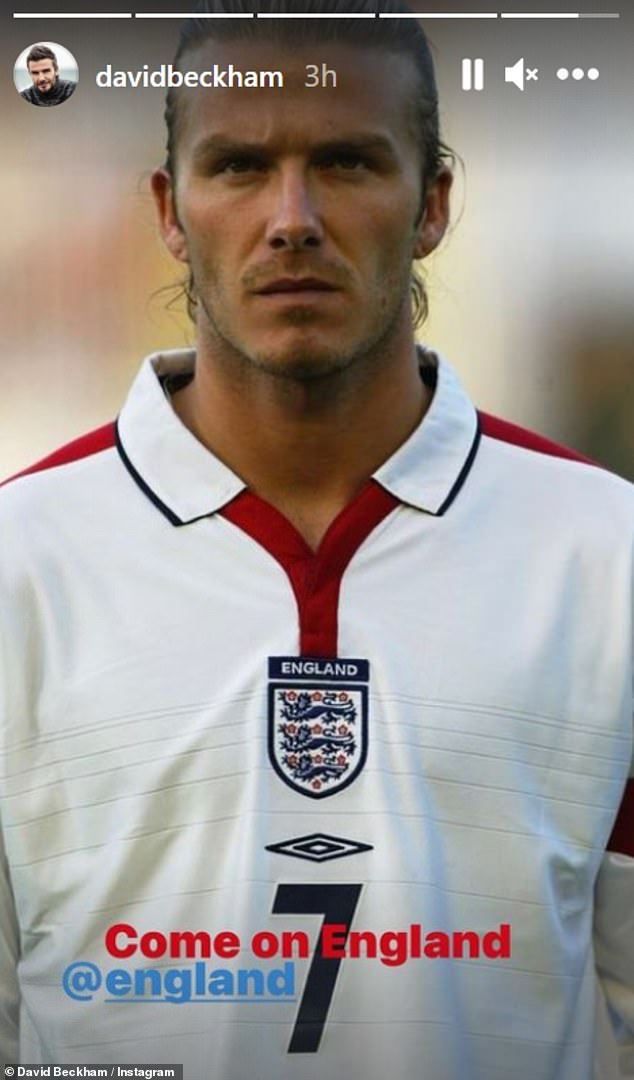 ‘Come on England!’ David also shared a photo of himself in an England shirt from his career in the squad

VB captioned the snap: ‘On a hot sunny day in London today watching the football (well not really by David and the boys are) wanted to contribute so decided to share!’

She rounded this off with a laughing emoji, poking fun at her 2004 look.

David also shared a photo of himself in an England shirt from his career in the squad.

He captioned it: ‘Come on England!’

Romeo shared his excitement for the Group D opener against Croatia by donning a shirt featuring pro player Phil Foden’s number 20 on the back. 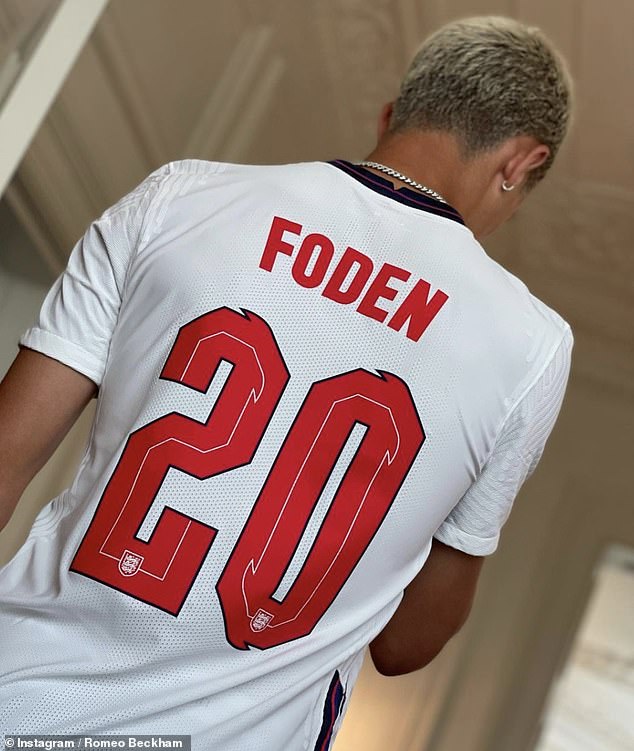 ‘Let’s go boys’: Romeo Beckham ensured to show his support for England ahead of their match against Croatia in the Euro 2020 Group D opener on Sunday as he posed in a shirt

Romeo stood with his back to the camera for the Instagram snap, ensuring all eyes were on the football shirt ahead of the game.

Showing his support for the team’s young players, Romeo opted to wear Foden’s 20, which is set to be sported by Manchester City’s 21-year-old ace during the game.

England went on to beat Croatia 1-0 on Sunday – their first time ever winning their opening match at the European Championships, as well as the first goal scored at a major tournament by Raheem Sterling, and the first England goal made by a Leeds player this century. 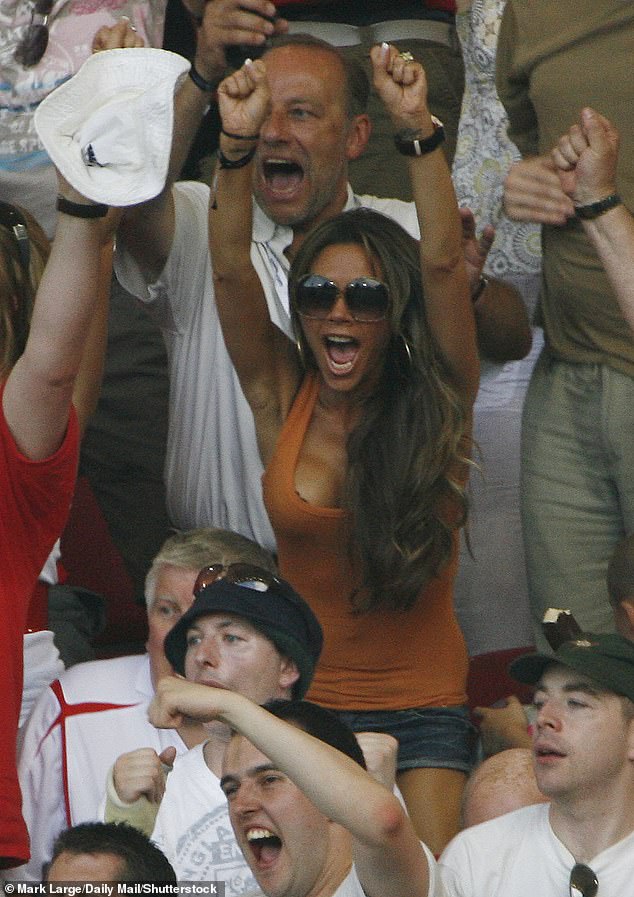 Back in the day: Victoria is pictured celebrating David’s goal for England at the World Cup 2006