Gigi Hadid is very pleased with her birthday gift from Zayn Malik.

The model celebrated her 26th birthday on Friday and re-shared several tributes from her famous friends on her Instagram Story. In the midst of her re-shares, however, Hadid snuck in a sweet post casually revealing at least one of the gifts her longtime love gifted her on her special day—a jaw-dropping floral arrangement.

The gorgeous, towering bouquet was a true spring dream, made up of buds in shades of yellow, orange, and pink. Hadid snapped a picture of the flowers on her kitchen counter and captioned the post simply, “Wow @zayn,” capped off wit an emoji of a heart with an arrow through it. 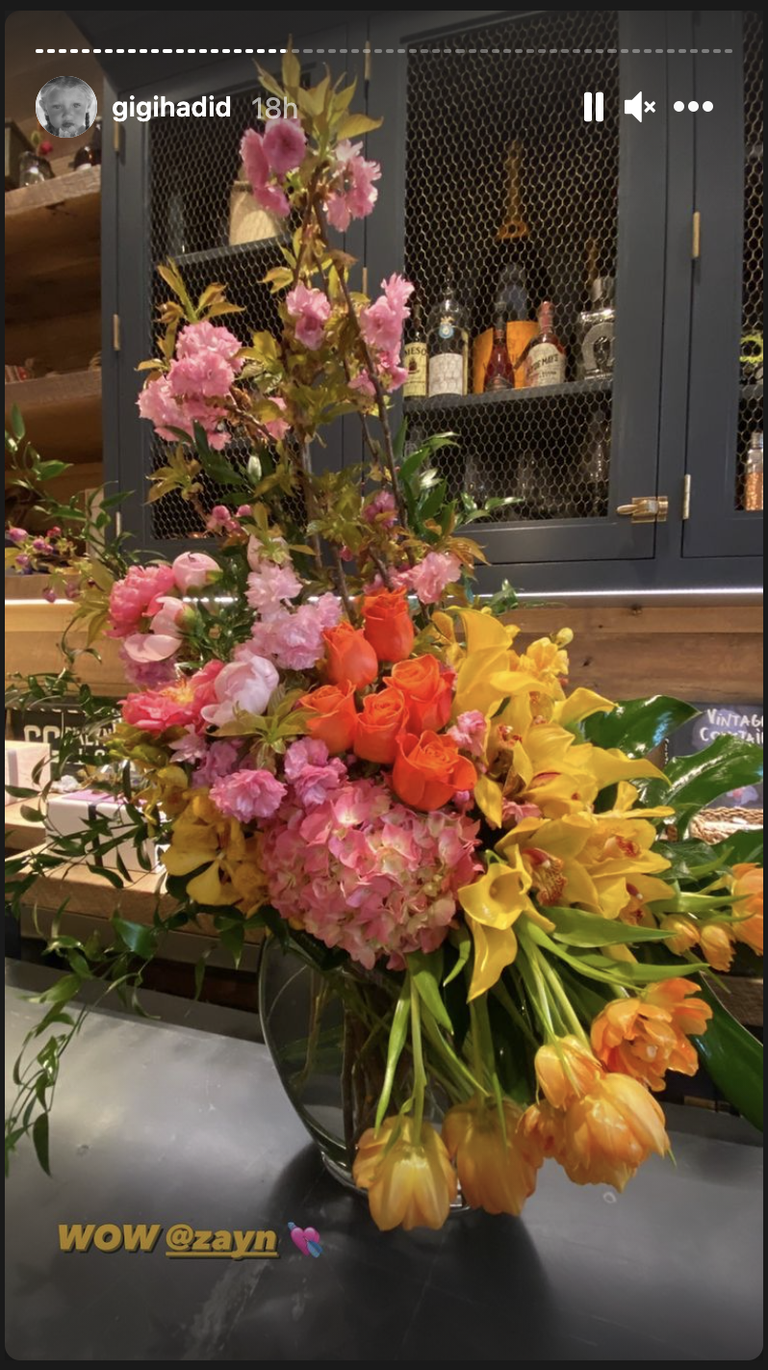 Hadid and Malik were first linked romantically in late 2015. While they split in 2018, they reconnected in 2019 and publicly confirmed they were back on in early 2020, just a couple of months before news broke that Hadid was pregnant with their first child, daughter Khai.

In March, Malik opened up about parenting with Hadid, gushing about their new life together with baby Khai.

“Honestly, it’s amazing,” Malik said of fatherhood. “A lot of people that I was speaking to, obviously before she was born and stuff, were like, ‘It’s a big adjustment, and it’s going to be a massive change and stuff.’ But honestly, she’s an amazing baby. It’s been really easy for me and Gigi to kind of just ease into it, I guess. She kind of made it easy for us. She sleeps really well, she loves her milk.”

He added that adjusting to his new normal with Hadid and Khai has actually been surprisingly easy.

“The fact that she’s been so easy to just adjust to has been surprising to me, because I just love spending my days with her, hanging out with her, just doing really relaxing, chill stuff. Just watching kid shows on TV, on Netflix, learning nursery rhymes, just rolling around with her and just singing to her,” he added. “It’s a really different pace of life, but it’s been really easy to adjust to, for sure. I think that’s the most surprising thing.”