Jonathan Scott truly made Disneyland the ‘happiest place on Earth’ for Zooey Deschanel. The ‘Property Brothers’ star accompanied Zooey and her kids – Charlie and Elsie – on a day packed with spooky excitement.

It was a fun-filled family Disneyland day trip for Zooey Deschanel and her clan. Zoey, 41, took her kids, Charlie, 4, and Elsie, 6, to the beloved theme park on Saturday (Sept. 25), but the three weren’t alone. Joining them for this outing was Zooey’s boyfriend, Jonathan Scott. The 43-year-old HGTV icon, wearing a Star Wars/E.T. the Extra-Terrestrial-themed t-shirt, was photographed carrying Charlie on his shoulders while the four strolled through the park. Zooey was stylish in a jumpsuit, and she accessorized the outfit with a pair of Minnie Mouse ears. 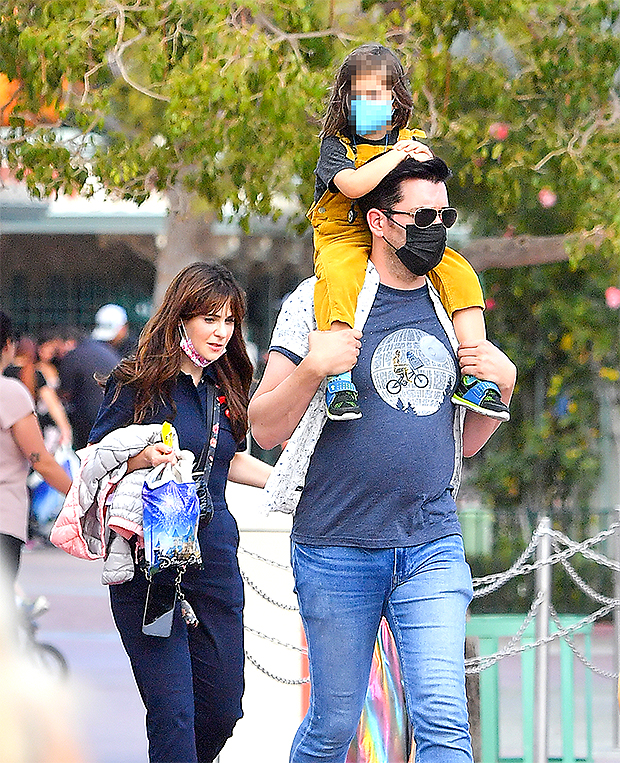 Zooey, Jonathan, and the kids enjoyed the Halloween version of Disneyland. The two posed in front of Goofy (dressed in a skeleton outfit, like he was Phoebe Bridgers) and Donald Duck in a pumpkin costume. Speaking of pumpkins, the two longtime lovers posed in front of the giant winking Mickey pumpkin on Main Street USA. Zooey got some mother-daughter time with Elsie, taking her little girl on the Carsland ride. 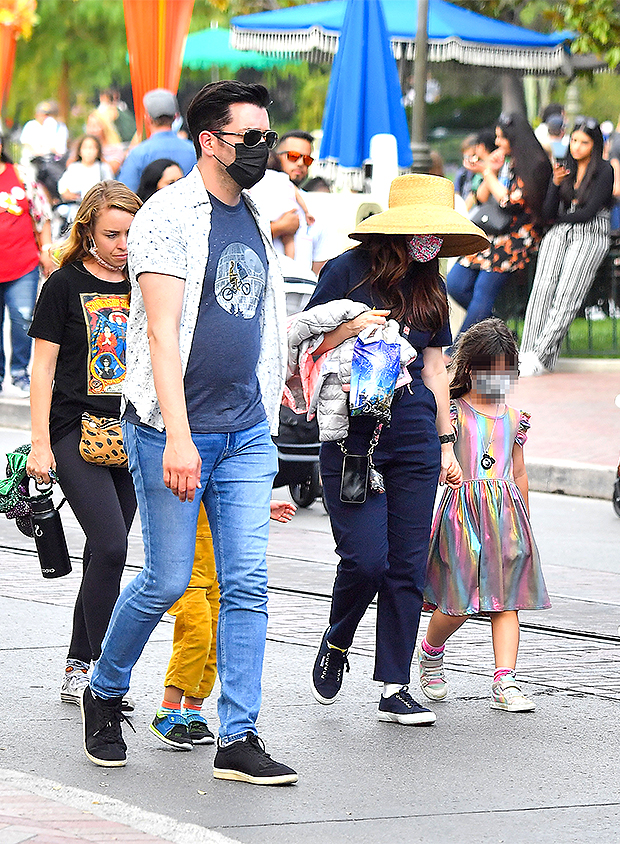 It’s been two years since Jonathan and Zooey began dating. HollywoodLife broke the news about their romance, which came a week after Deschanel announced her split from Jacob Pechenik (the father of her two kids.) Jonathan and Zooey met while filming an episode of Carpool Karaoke, with her and Emily Deschanel teaming up with Jonathan and his Property Brother costar, Drew Scott. “It’s sometimes a little weird when you just get thrust on camera with people you’ve never met before, but we just clicked,” Jonathan said about him and Zooey.

Since then, these two have been going strong, with their love surviving the pandemic and the pressures of dating while famous. “We’re just very supportive,” Zooey said to HollywoodLife in June 2021. “He’s just so nice and so kind. I always feel that he’s really there for me, and it just makes me want to always reciprocate that, and I’m very appreciative. He’s a wonderful person.”

A month after that interview, Jonathan shared a photo of them on his Instagram. “What a wonderful adventure to San Francisco this weekend with my [heart],” he captioned the pic. “From steep romantic strolls and yummy food to an excessive amount of escape rooms (3 for 3). Safe to say, it was awesome. We make a great team.”