Barbara Stone, who as an agent nurtured models including Cheryl Tiegs, Cybill Shepherd and a young Martha Stewart, died on April 26 at a hospital in Roslyn, N.Y., on Long Island. She was 87.

Her daughter, Julie Stone, said the cause was congestive heart failure.

It was the early 1960s, still the era of twin sets and pearls, of white gloves and white faces on the covers of magazines like Seventeen, Glamour and Vogue, when Ms. Stone was hired by Stewart Cowley, a former theatrical agent, to run his company, Stewart Models. A former cheerleader from Swarthmore, Pa., she would in a short time help make Stewart the No. 2 agency in New York — the Avis, as Michael Gross, the author of “Model: The Ugly Business of Beautiful Women” put it, to Eileen Ford’s Hertz.

Ms. Stone had a feel for fresh-faced American blondes, though within a decade Stewart Models had also scooped up Twiggy, the angular British gamine otherwise known as Lesley Hornby, and Veruschka, the towering German countess. She was strict about comportment and punctuality; firm yet kind to her young charges, many of whom were still in high school; and a reassuring presence to their anxious parents.

She often managed her clients’ money, doling out a weekly allowance, as she did for Lucy Angle, a 16-year-old model then considered an American Twiggy — “the same no-figure figure,” as Eugenia Sheppard, the fashion columnist, wrote in 1967 — along with plane fare home to Washington to see her mother.

“Barbara was our mother, our modeling mother,” said Martha Stewart, who was then Martha Kostyra, working to pay her Barnard College tuition with her modeling earnings. “Agents in those days were very proper. I remember getting a call from her telling me to iron my clothes. I was in Paris, and someone had complained because I had shown up wearing a dress I’d packed that was wrinkled from the suitcase. Barbara was our mother hen.”

But Ms. Stone was hardly a pushover. “She was no-nonsense,” said Bonnie Trompeter, who was 14 when she started modeling (and was the subject of a cover article in Life magazine, “Discovering the Fun of Being Pretty”), and just 17 when she was a glamour girl in advertisements for Parliament cigarettes. “She ran a tight ship. We had to show up on time, with our hair done and our makeup on. There were no divas in those days.”

Ms. Stone had a good eye for talent. Scouting models for a television pageant called “Model of the Year” in 1967, for which the winner and the two runners-up received a year’s modeling contract, Ms. Stone told a reporter how she made her choices. 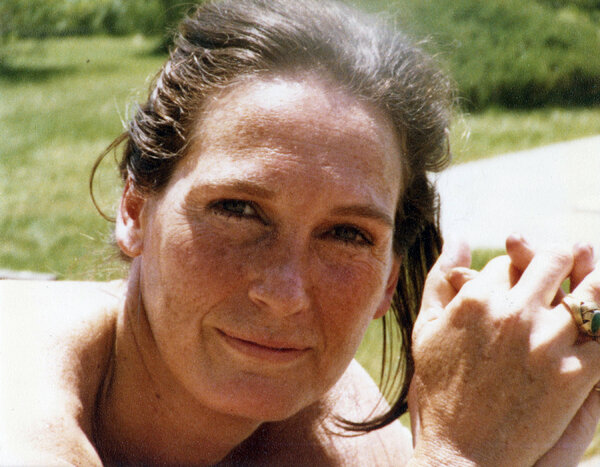 “It’s really unexplainable,” she said, “like charisma. I can look at a girl and instinctively know that she has that quality. It’s just something — a certain thing about certain girls. They have a spirit — a freshness that projects. It’s in the way they walk. They don’t tread. They seem to be walking on air.”

Cheryl Tiegs, the California girl who would go on to become a household name as the face of Cover Girl makeup, was in college when she met Ms. Stone. Ford was also wooing her, but she chose Stewart Models because, she said, Ms. Stone put her at ease:

“I was painfully shy and she was warm and took me under her wing. There were certain photographers about whom she would say, ‘No, I don’t want you going there.’ She would speak to my parents. That was helpful to the mothers because in those days we rarely picked up the phone and called home.

“Barbara let me be who I was,” Ms. Tiegs continued, “which I felt was awkward and shy. Much later, when I left to join Ford because Barbara was turning away from her business, I sent her a letter to tell her. I knew if I saw her in person she would talk me out of it, and I wasn’t strong enough to overcome Barbara Stone.”

Barbara Sue Thorbahn was born on Nov. 20, 1933, in Philadelphia. Her father, Stewart, was a newspaper reporter and editor; her mother, Alice (McGinley) Thorbahn, was a homemaker.

Barbara grew up in Swarthmore and graduated from Swarthmore High School, where she was voted most likely to succeed, before attending Gettysburg College. An early marriage to George Frederic Pelham III ended in divorce. In 1964 she married Richard Stone, who was then a magazine illustrator and later a commercial director and painter. He survives her, along with her daughter and a son, Lucas.

Ms. Stone left the modeling business in the mid-1970s. For a time she had a production company and made short beauty spots for television. She also worked for Maybelline and was briefly a real estate agent. From 1996 to 2003 she published a literary journal, Hampton Shorts, which contained short fiction from writers like Bruce Jay Friedman, Judith Rossner, Joseph Heller and Spalding Grey.

In her modeling days — when she was “the lady vice president” of her agency, as a male reporter for The Daily News once described her — she and her husband lived at the El Dorado on Central Park West, and invariably one or more of her models would be staying with them, an in loco parentis arrangement that began to wear on Ms. Stone’s actual family.

Mr. Stone remembered waking up one morning, looking forward to putting a salmon dip his wife had made the night before on his bagel for breakfast. When he arrived in the kitchen, he found that a model had licked the bowl clean. “It all got to be a bit too much,” he said.

Ms. Stone and her husband threw parties for business, intimate omelet dinners in their apartment and bigger bashes, including one at a townhouse in Kips Bay, Mr. Stone recalled. When a group of young British men arrived at that particular event, things had already gotten out of hand and there was a crush of guests, he recalled, so he turned them away.

“You’re not on the list,” he remembered saying. “Don’t you know who we are?” they protested. “I don’t know and I don’t care,” Mr. Stone told them. Neither of the Stones had any idea the young men were the Rolling Stones.

Ms. Stone was not fully aware of the rock 'n' roll scene — and the drugs — then swirling around the model business, the actress Jane Hallaren, a former colleague at Stewart, said. “She was very, very straight.”

One day at Stewart’s Park Avenue offices, an English model turned up not exactly sober (she was suffering from heartbreak, too). Ms. Hallaren sent her home to sleep it off, but before the model left, she remembered, Ms. Stone handed her a note while the young woman was still slumped in her chair.