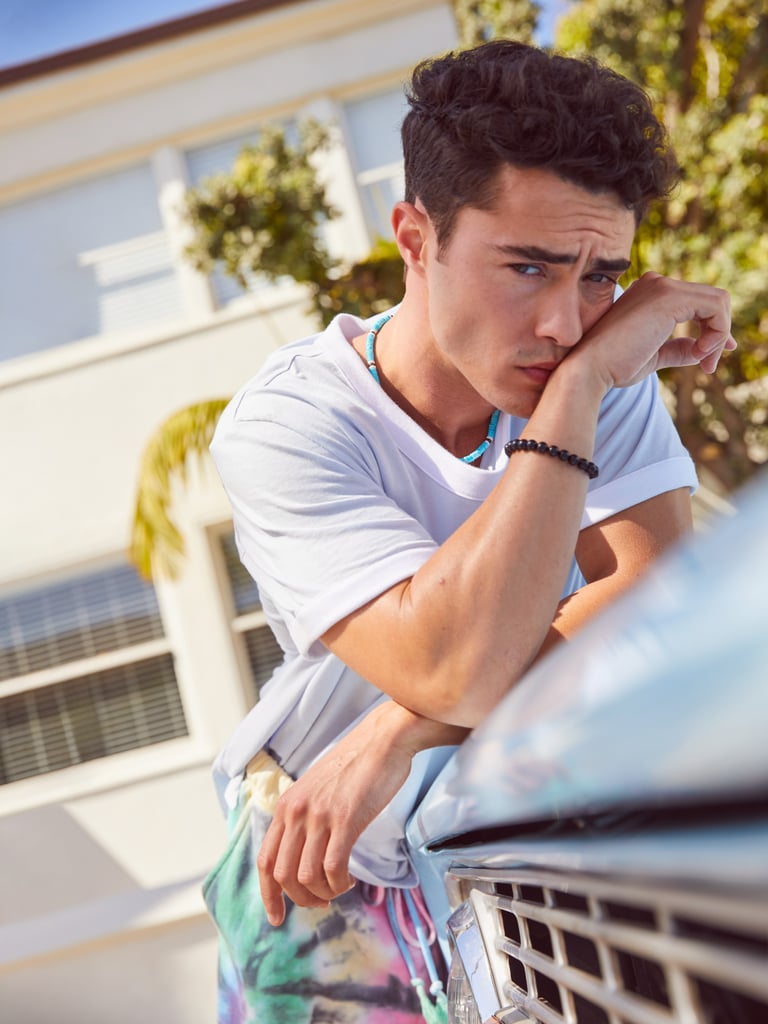 Darren Barnet is known for his lead role on Netflix’s hit show “Never Have I Ever,” and now he can add Victoria’s Secret Pink’s first-ever celebrity male brand ambassador to his ever-growing résumé. “I’ll be very honest, upon the first mention of this collaboration, I was very confused because I wasn’t extremely well-educated on Victoria’s Secret Pink,” Barnet tells POPSUGAR. “I thought, ‘Am I going to be wearing lingerie here?’ I didn’t know much about the gender-free collection, but once I saw it, it was an easy yes for me.” The cozy collection, which is available now, features sweatsuits, hoodies, and oversize tees that come in an array of dreamy colors and prints. The sizes go up to XXL, and the pieces are affordably priced between $25 and $60.

Along with curating a list of his favorite Pink products from the line, the actor will be participating in Pink’s Mental Health Awareness Month activations and Instagram Live conversations. He will also serve as a judge for the brand’s fourth annual Pink With Purpose scholarship, alongside Remi Bader and Chloe x Halle. “I love the [brand’s] focus on empowering young adults and its focus on mental health. Plus, the pieces are just the comfiest outfits I’ve ever worn, and you can always catch me wearing some type of sweatsuit,” he says.

Sweatsuits aside, Barnet often steps out dressed just like his character, Paxton Hall-Yoshida, on “Never Have I Ever” — by accident, of course. “When I first went in for the show’s fitting, I was wearing a flannel with a T-shirt, cuffed jeans, and Chuck Taylors,” he explains. “And our costume designer Salvador Perez said, ‘This is good. We should follow this look!’ So honestly, Paxton’s closet is pretty much my closet.”

Barnet says the similarities in their style make him easily noticeable among fans. “It’s funny because during COVID, I’d go out with sunglasses, a mask, and a hat and I would still get recognized in a crowd. People would come up to me, and I didn’t understand how that kept happening. Then I realized, ‘Oh, I’m dressed exactly like the character right now. That’s probably it.'”

As for what’s next, he has a slew of exciting movies in the works including two animated films with Netflix: “Samurai Rabbit: The Usagi Chronicles,” coming out April 28, and “Blue Eye Samurai,” which is still in the works. He even produced and starred in his first film, “Apophenia,” which is currently under postproduction.

Ahead, Barnet opens up about his favorite pieces from the Pink collection, why his role in “Never Have I Ever” makes him even more proud of his Japanese heritage, and the “wild” times to come in season three. Keep scrolling for our full interview.