The inspirational creator discussed two key ways to discipline children; she explained one as negative stimuli, or punishment and the other as positive stimuli, or reward. 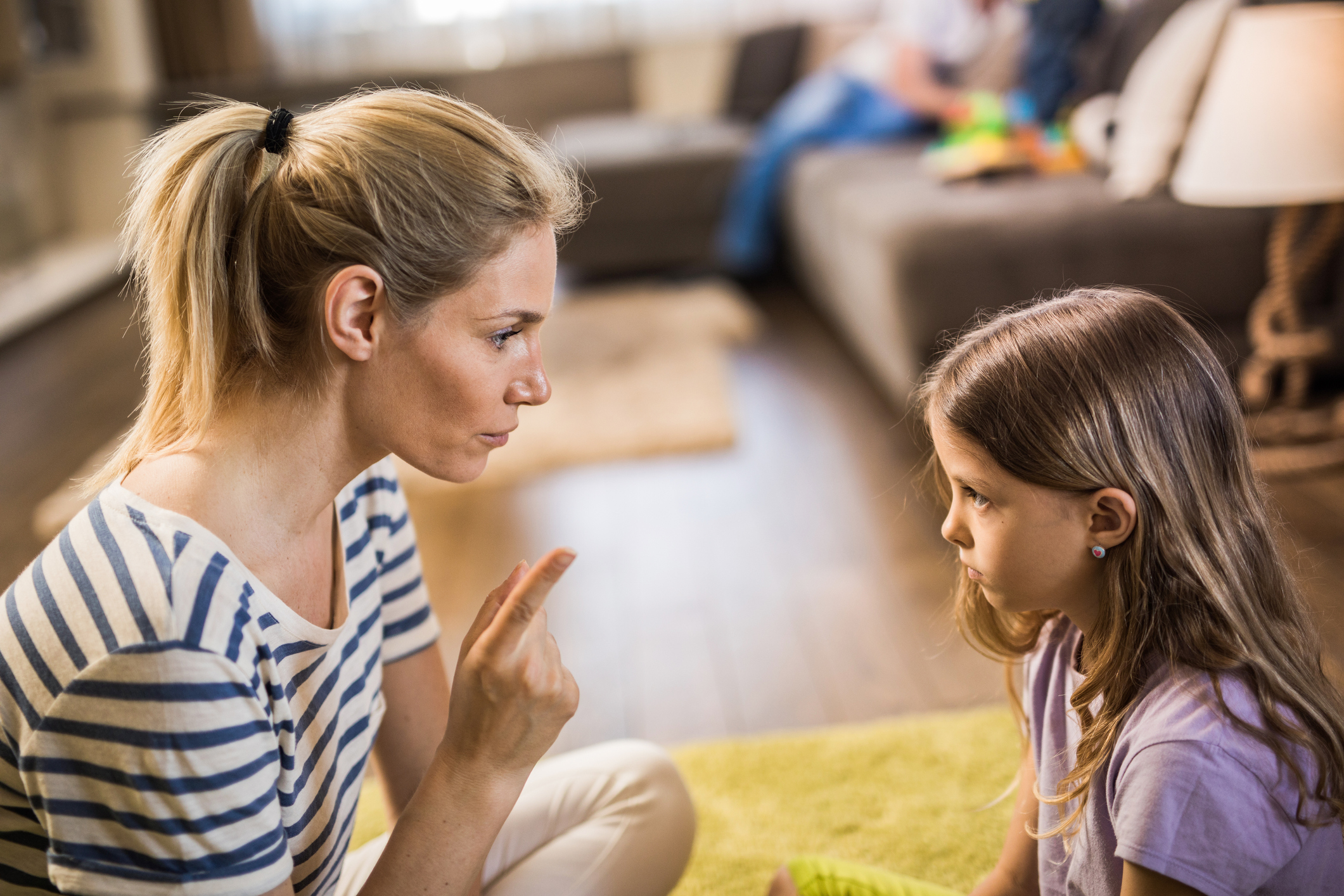 She explained that both can be effective but reminded viewers that not all children respond the same way and each parent has to decide what’s the best form of discipline for their child.

In the video, Shari said: “My son was always that kid that was always getting into trouble, he was the s*** disturber, the more attention he got, the happier he was.

“What the teachers always did was punish him, they would put him in the corner, move his desk across the room, even send him to the principal’s office, but nothing worked.

“So, I suggested we try another approach: REWARD. Every time my son had a great day, he was given a gold sticker. No humiliating punishments, no shunning.

“Pride of ownership. When your kid comes home at the end of the week with a booklet full of gold stars. And, we were BOTH proud!”

If you’re struggling to weigh up the pros and cons between negative stimuli and positive stimuli, we’ve spoken to some experts to see if Shari’s parenting advice really works.

The expert, who has a Masters in child and adolescent psychology, described this as an umbrella term for the area of psychology in which punishment and reinforcement are used to modify behaviour.

Lisette explained that in behavioural therapy, there are four main strategies for responding to a problem behaviour.

She said: “In Shari’s video, she states that not every child responds the same way to these techniques.

“Strictly speaking, that’s true – but the response depends mostly on the motivation of the behaviour, and not on the personality of the child.

“To decide which of the strategies you should pick for the child whose behaviour you would like to change, you have to find out the motivation for the problem behaviour first.”

In Applied Behaviour Analysis, there are four kinds of general motivation for a behaviour: attention, sensory satisfaction, escape and getting access to a desired object or activity.

To decide which of the strategies you should pick for the child whose behaviour you would like to change, you have to find out the motivation for the problem behaviour first

To help identify the motivation, psychologists write down “ABC’s” of the problem behaviour.

For the A (antecedent), write down what happened before the behaviour.

For the B (behaviour), write down exactly what behaviour the child showed.

For the C (consequence), write down what happened afterwards.

When you have figured out why the child acts like they act, you will have a much clearer picture of what strategy you should apply.

Lisette added: “The child from the TikTok video was showing problem behaviour because he liked the attention he got from his classmates and the teacher when acting in that way.

“As a consequence, the teacher ‘rewarded’ him with more attention by publicly punishing him. The child has no reason to stop this behaviour – he is getting what he wants.”

As Shari states, Lisette explained parents can use tactics of reinforcement and punishment to modify Behaviour.

In positive reinforcement, you give the child something they want in order to increase the alternative behaviour – this reward can be as simple as a golden sticker.

Whereas in negative reinforcement, you take away a disliked item or activity, reducing the likelihood of it impacting the situation, and increasing the probability of the alternative behaviour that you are seeking.

Lisette continued: “In punishment, you use a stimulus to decrease problem behaviour.

“In positive punishment, you add an undesirable stimulus as a result of the behaviour, such as scolding the child when they talk when they should be silent.

“In negative punishment, you take away a desirable object or activity as a result of the behaviour.

“An example would be if a child has to stay inside when their classmates can go play outside.”

The mum-of-two, who’s nine-year-old and 11-year-old are autistic and have ADHD, said parents usually follow one or the other disciplining technique.

She said: “When it comes to punishment or negative stimuli, it might mean that when a child has done something naughty or disruptive they are put in a time out, told to sit in the corner, or have their toys or devices taken away from them.

“Pro reward or positive stimuli is when a child is praised or rewarded for their good behaviour.

“The reward can be anything positive from being told they are great, collecting stickers for a sticker book such as in this Tik Tok video, or having an extra 10 minutes watching TV.”

CARROT AND THE STICK

Hester explained that some children will respond better to time outs or having time off devices, but the key to any punishment is to work out what the root cause is.

She explained that the Tiktok mum quickly realised that even though her son’s behaviour wasn’t acceptable, that there was a better way to manage it.

When it comes to discipline, it’s good to focus on the behaviour you want to change, not the child, which is what this Tik Tok video shows.

Hester said: “When my children were younger, I would never say they were naughty, I would say that their behaviour was naughty. There is a huge difference in this language.

“No child starts out in life wanting to be naughty, but they quickly realise that by doing naughty things gets a reaction and the attention they want, even if that is being shouted at or told off.”

The parenting expert explained that adults often expect children to be more responsible and less impulsive than their brains can manage.

But studies suggest that part of the brain responsible for self-control doesn’t fully mature until the end of adolescence.

Hester added: “Both of my children are autistic and have ADHD. I’ve recently learnt about how autistic people or those with ADHD can really struggle with executive function (how they plan, problem-solve, remember instructions, organise themselves and manage time etc).

“If a child has poor executive function it can mean that in these areas they behave up to three years younger than their actual age – which can affect behaviour.”

When it comes to bad behaviour it is worth thinking about what may have caused that, suggested Hester. She said she learned about being a detective a long time ago!

It can seem that your child has just done  something naughty out of the blue, but when you start looking closely, you may see that there is more to it than meets the eye and that their bad behaviour was them being overwhelmed by other events during the day.

She said: “By allowing children time to calm down, take a breath, can help everyone and they may even get a gold star for it!”

In other parenting news, we shared twelve ways to break your children’s screen addiction as technology and gaming wrecks sleep.

Plus  one mum feels bored around her nine-year-old daughter and believes she is a rubbish mum. 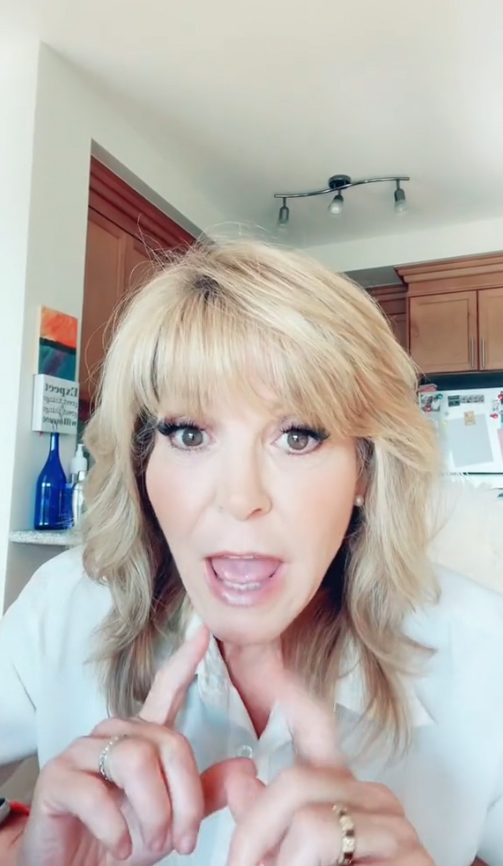