Facebook has banned the sharing or viewing of our news articles on its platform. For independent journalism straight from the source, download our app and sign up to our newsletters.

At 16, Margaret Zhang started her own fashion blog in Sydney. Now, aged 27, she will take control of the Chinese edition of the Vogue fashion magazine powerhouse.

Anna Wintour, Vogue global editorial director, made the announcement on Thursday, saying she was “delighted that Margaret is our new editor-in-chief of Vogue China”. 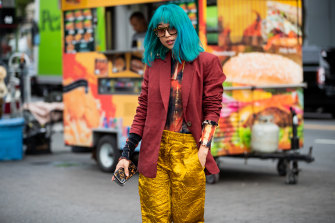 Zhang, who rocks a crop of vivid blue hair, has more than 1.2 million followers on Instagram and is a regular in the front row of fashion shows across the globe. 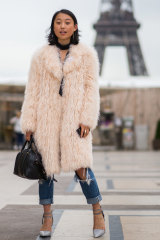 “What momentous news to be kicking off the New Year with,” she told her social media followers, adding that she was “stoked”.

In a nod to the Wizard of Oz, she joked with a friend on Twitter: “I don’t think we’re in the Sydney University Law Society office anymore.”

Zhang is the youngest person to land an editor-in-chief role at the magazine and replacesVogue China founding editor-in-chief Angelica Cheung, who had led the title for 16 years.

The Sydneysider started the website Shine By Three as a teenager to showcase her photography, which led to her working with Swarovski, Louis Vuitton and Dior as well as Harper’s Bazaar and Nylon. In 2015, Elle named her Digital Influencer of the Year.

In 2016, she was named in Forbes’ 30 Under 30 Asia list and shot fashion week in Sydney for the publication she will now lead.

She scored 99.85 in her HSC and graduated from the University of Sydney with a degree in commerce/law. 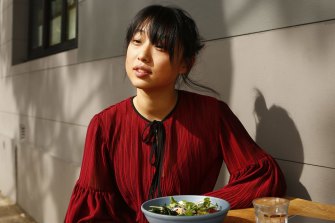 Adding to her achievements, Ms Zhang is a classically-trained ballerina and pianist.

Editor-in-chief of Vogue Australia, Edwina McCann, told the Herald on Thursday she had admired Ms Zhang for years.

She described her as the “perfect person” to drive the future of the “digital superpower” in China, noting the Chinese market is key for all fashion brands.

“It’s a fantastic appointment for Vogue and an exciting time for both the Chinese and Australian fashion industries,” Ms McCann said.

“The appointment acknowledges Margaret’s creativity and smarts. We are all very excited to welcome her into the global Vogue family. I know she will make a big impact and I’m proud to see a Chinese Australian in the role.”

“Grateful for you and what you’ve taught me,” Ms Zhang replied.