Home » Fashion » I couldn’t pay my bills as a single mum – since moving onto a BOAT I’ve saved £870 a month, we even forage for food

A SINGLE mum, who wanted a cheaper way of life, decided to swap her two-bedroom house for a narrowboat and has saved herself over £800 after going off-grid with her son.

Struggling with bills as a single parent, Hannah Bodsworth, from Leicester, decided to pack up her home and move onto a narrowboat with her eight-year-old son George. 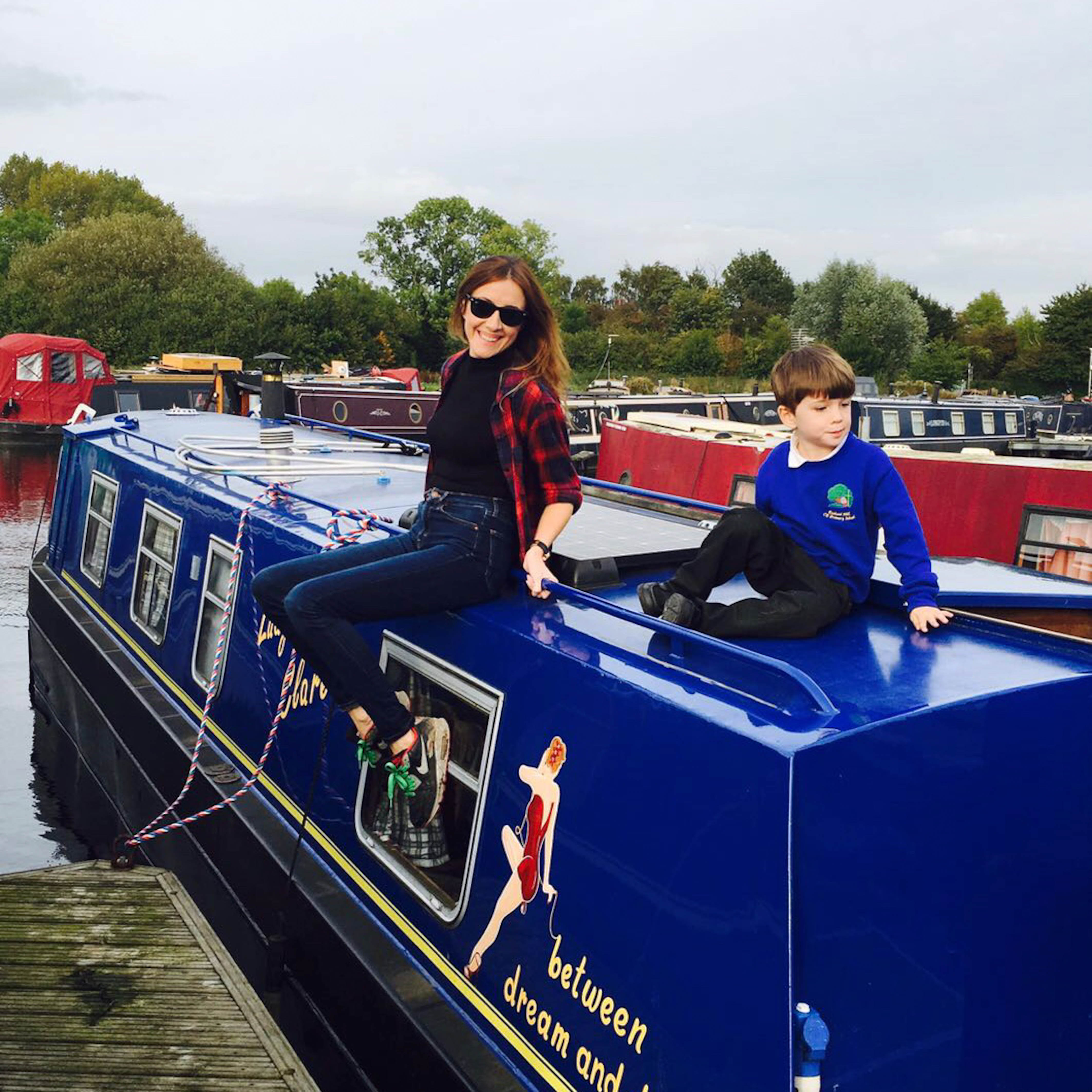 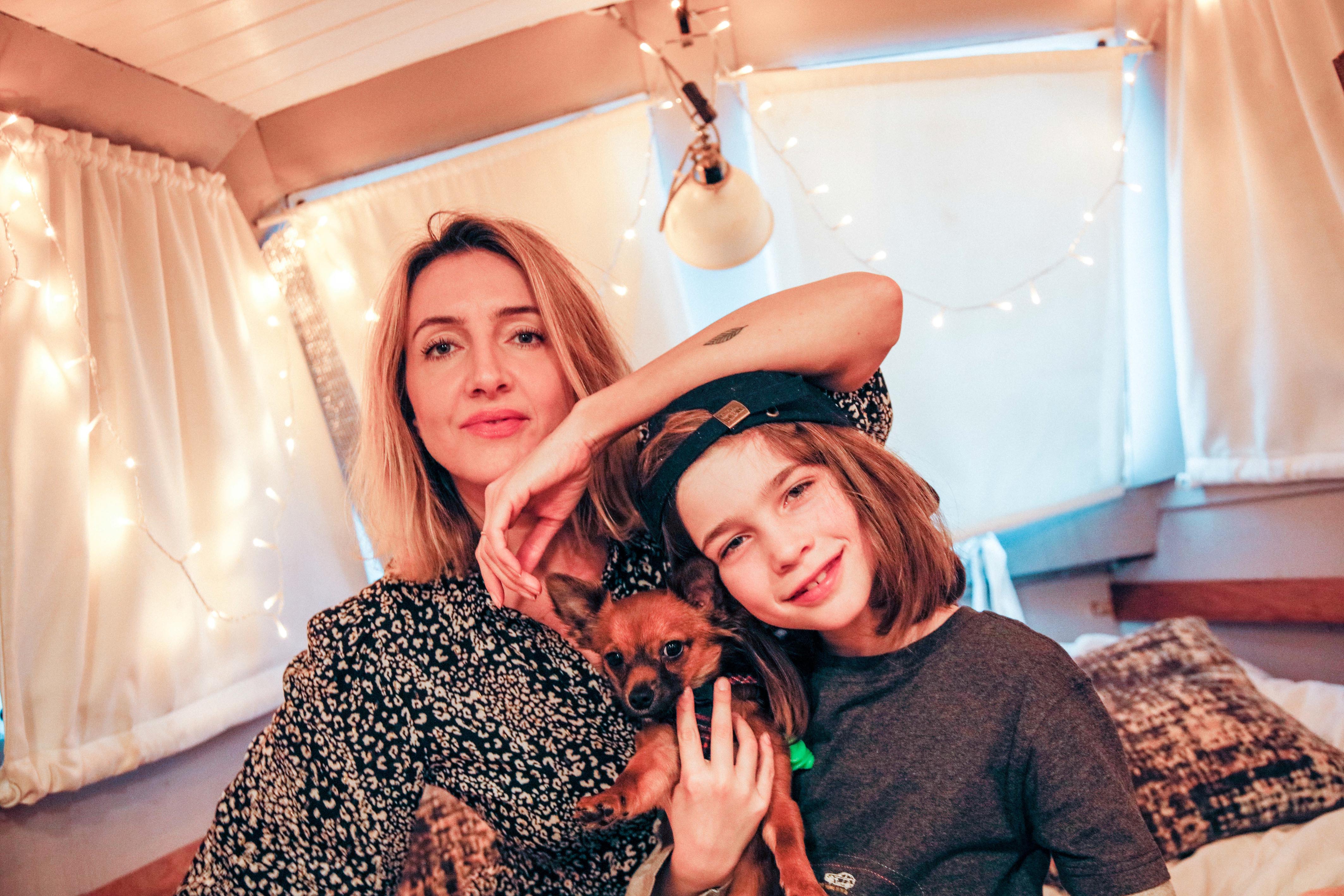 Fed up with the stress that came with trying to cover rent and outgoings all while being a present parent, Hannah decided to embrace a cheaper and slower way of life in 2017.

Her decision to move onto a narrowboat has saved her a fortune each month, with her outgoings now £870 less than they were when she was renting her two-bed house.

Previously, she was working in marketing and had her own photography studio business on the side in order to cover the bills, but her stress levels were high and she didn't spend enough time with son George.

Feeling burnt out, she attempted to go off-grid and now Hannah and her son, who she homeschools, live on the boat, forage for food and are always on the move.

Inspired by her brother, who moved onto a sailboat a decade ago, Hannah said: "My brother had moved on to a sailboat over ten years previous and I thought a boat home would be great for me and George for a better quality of life.

"I was renting a nice two-bedroom house which I could afford when I was working full time, but this meant I would finish work and George would already be ready for bed.

"My life was stressful and hectic. I was just living for the holidays and not living for each day."

Since adopting a new lifestyle and embracing boat life, Hannah says her living situation is now "so much better".

She continued: "Since moving on to the boat our life is so much better. I feel like I have to pinch myself each day as I didn't know it was possible to enjoy life this much."

Hannah and George have been living on their narrowboat for several years now, with the single mum purchasing their water home in 2017 for £18.5k using money from her savings and a small personal loan.

Wanting to make it their own, Hannah has spent the last three and a half years renovating the boat and finally finished doing it all up in April this year.

Since moving on to the boat our life is so much better. I feel like I have to pinch myself each day

Hannah said: "After buying the boat I quickly got Georges bedroom ready so that he could be comfortable and excited about moving in.

"It was important that he had his own room, whereas my bedroom is also the living room, dining room and office.

"Since schools shut due to coronavirus, I decided that I would continue to home school George.

"I can make his learning relevant to his way of life which makes it easier and he's way more engaged too."

She added: "It suits our new lifestyle much better as we are constantly cruising which means we have to move at least one mile every two weeks."

Sharing what it's like to live off-grid, Hannah explained: "At the moment we are 80 per cent of the way there as we currently still use gas, diesel and water.

"We try to make simple one-pot meals and have also recently started foraging for food as it's not always easy to access supermarkets.

"George loves helping and getting involved in this."

Crediting their narrowboat move for making it easier for her to be a single parent, Hannah revealed that George is always helping her and loves getting involved – especially learning how to use the locks along the canals.

Hannah, who now works as a freelance photographer, said: "He had a moment like most kids where he wanted a big house with a swimming pool, but he loves our lifestyle now.

"He gets to experience lots of different places and it opens his mind to different ways of life. It has been such a liberating experience.

"The slowness of our life now is amazing. We are never in a rush for anything. Living a more simple life has made me so much happier."

Despite people having their concerns about their new lifestyle, Hannah insists she wouldn't have it any other way.

"We have a lot less money stress because if there is a period when I don't have much work I know I can scale back massively while living on the boat," she revealed.

"My outgoings are at least a quarter of what they were before. There were some concerns from people when I said we were going to move on to a narrowboat, but now everyone understands this is a good life for me and George.

"And I can't see us living any other way." 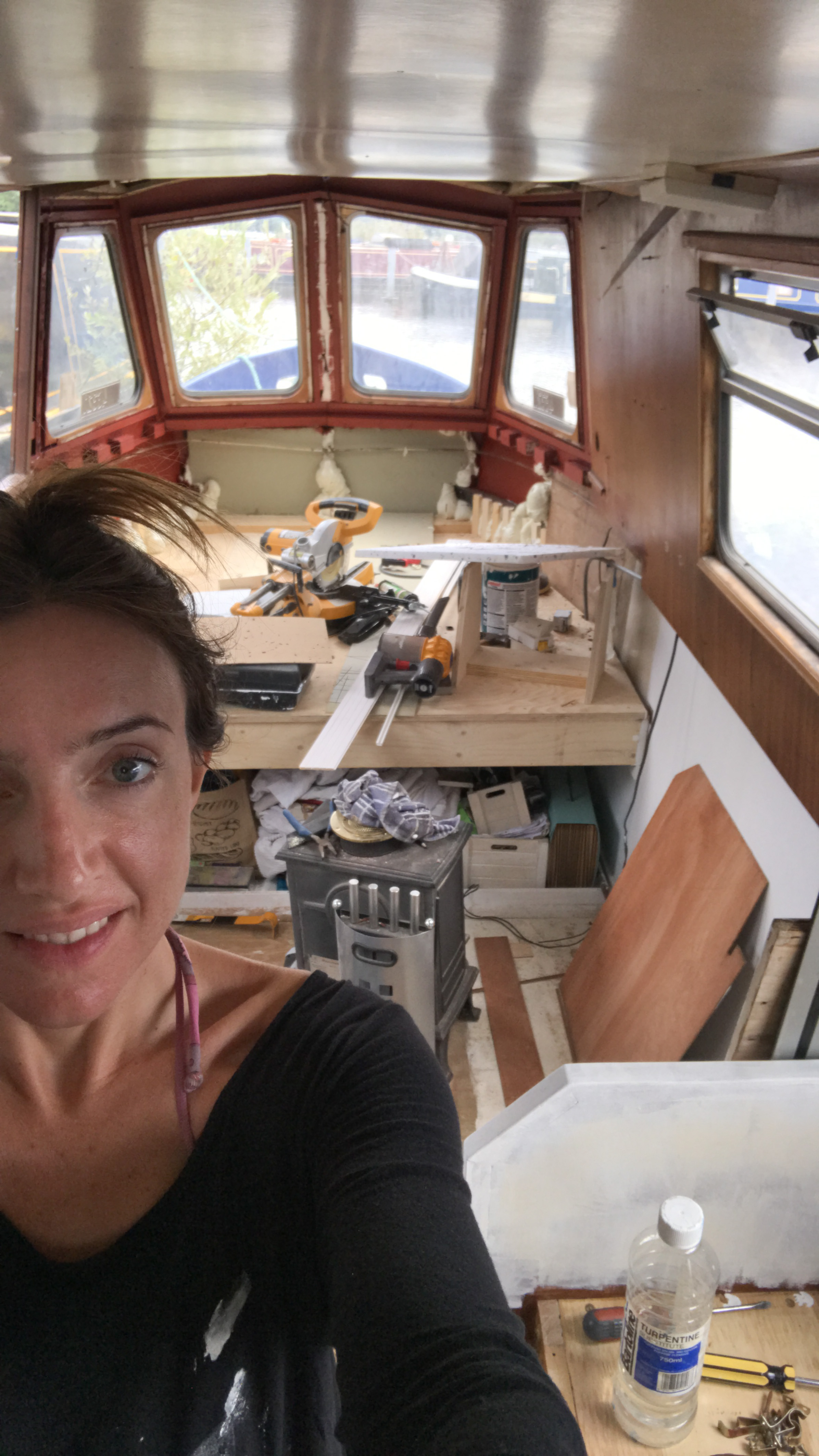 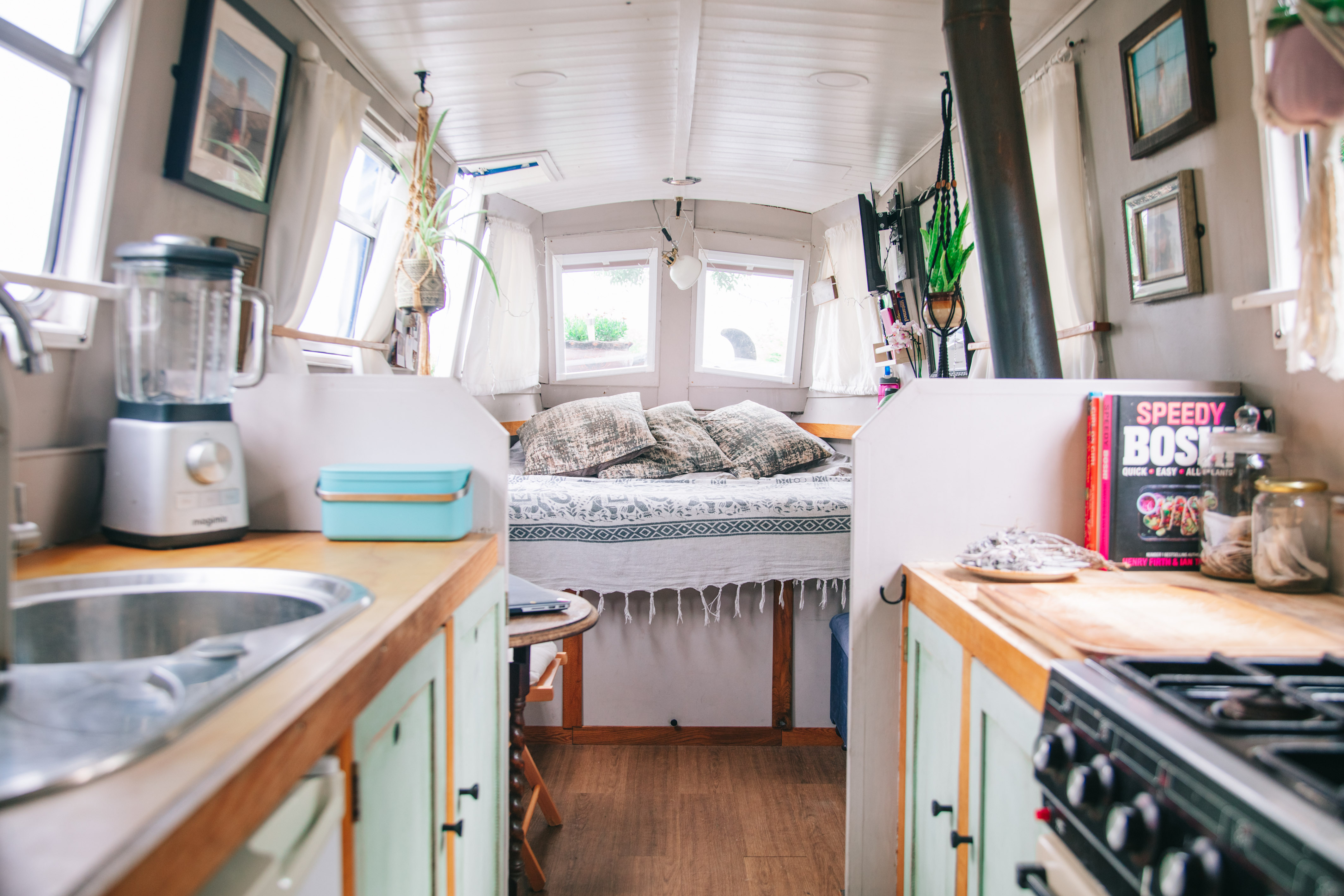 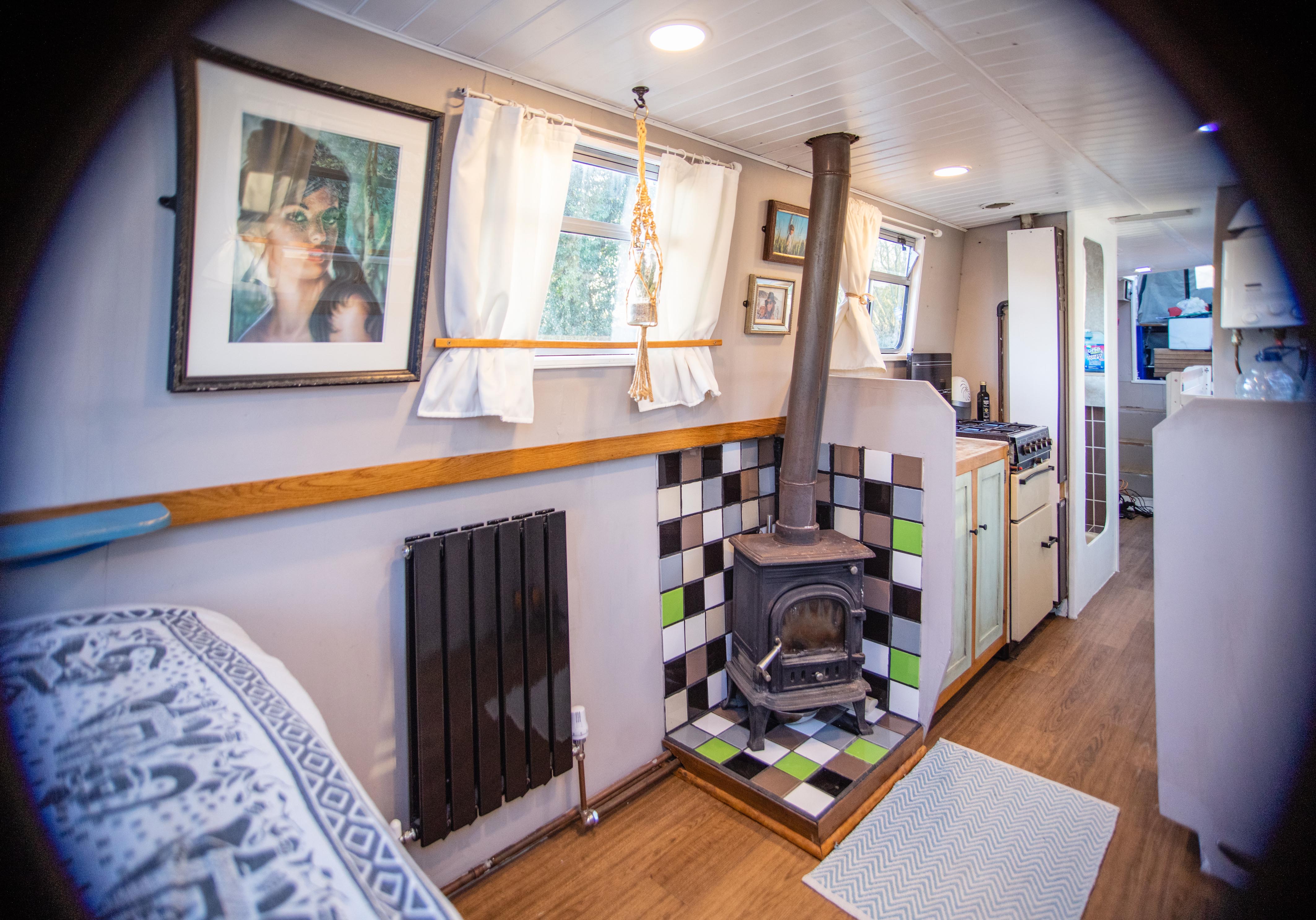 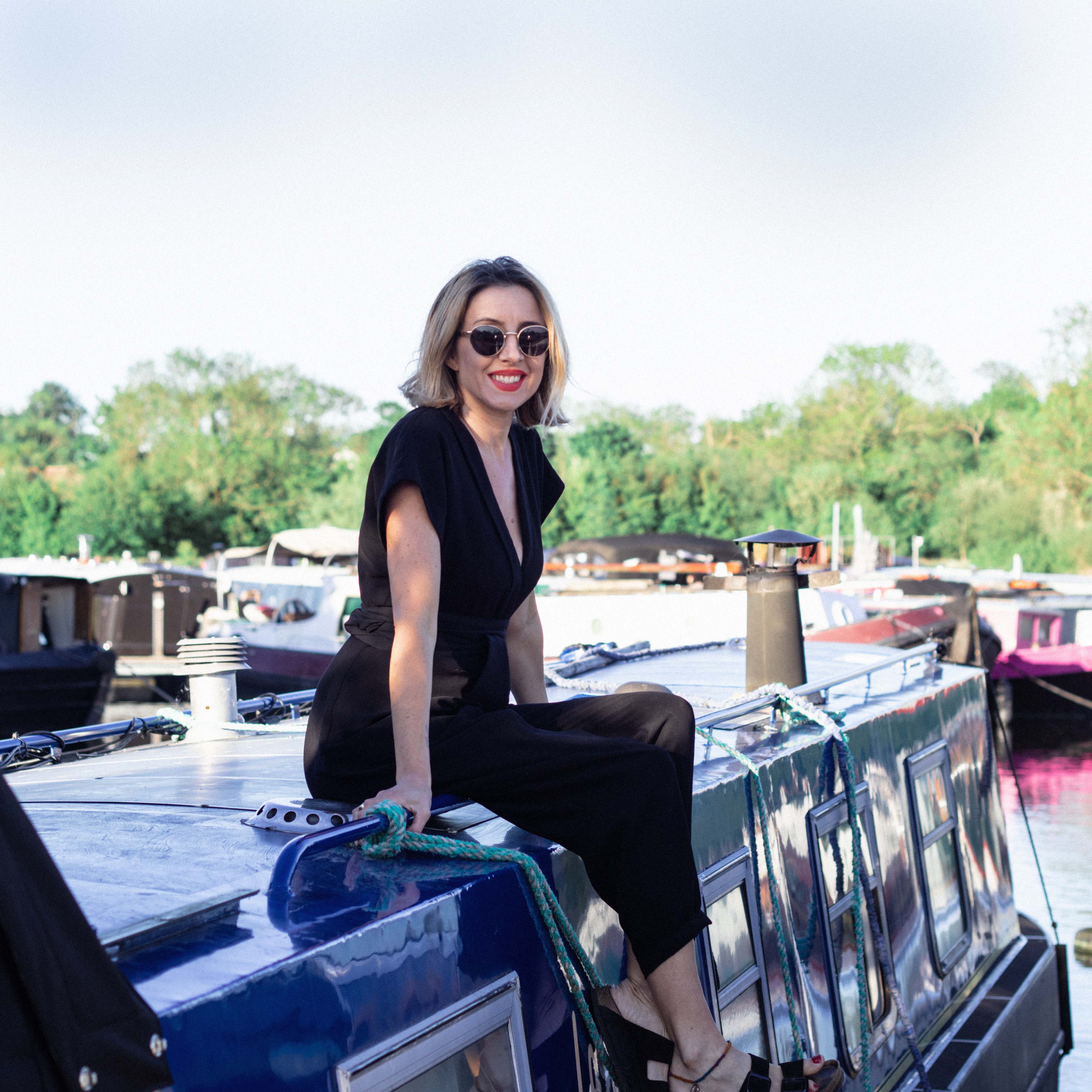 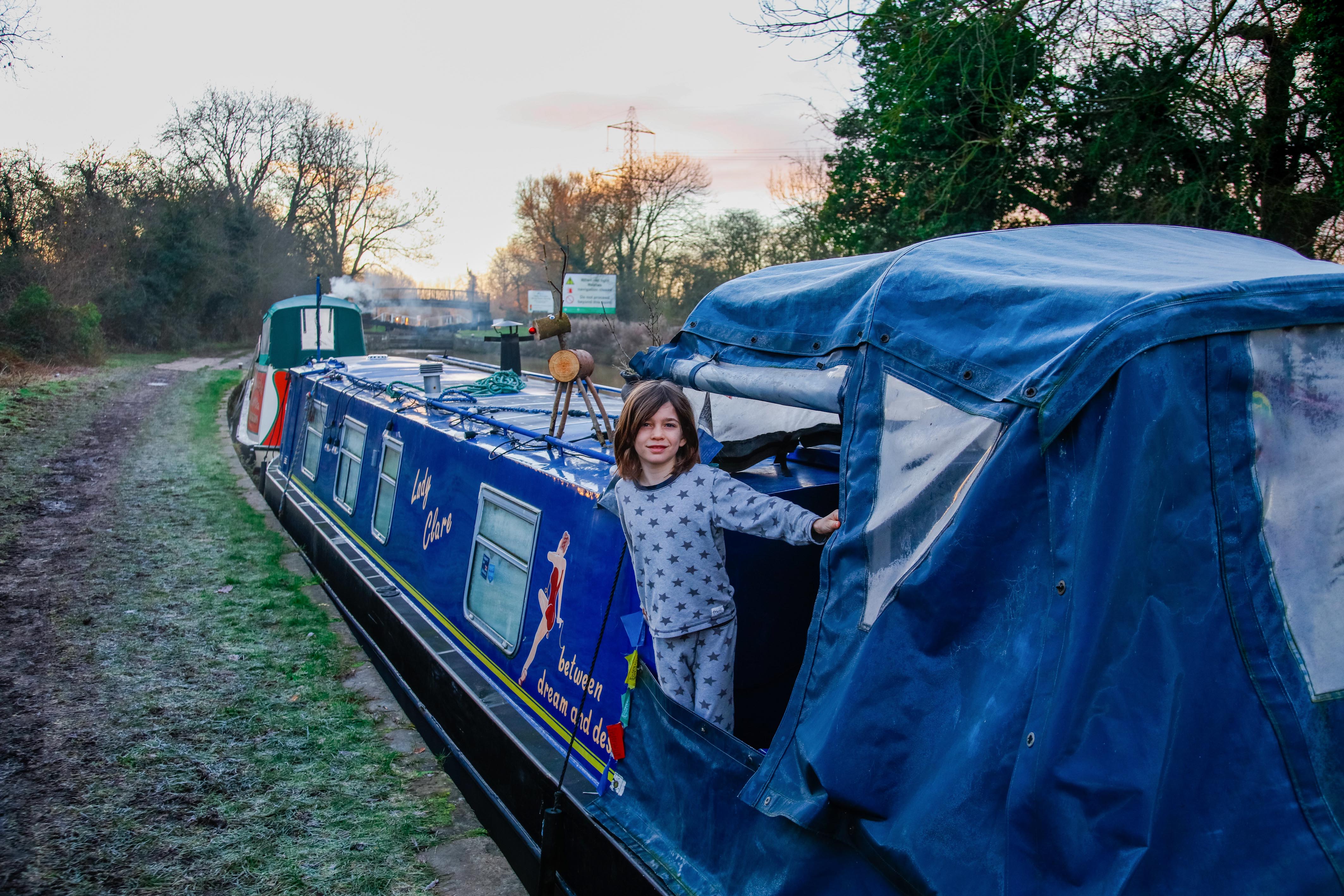 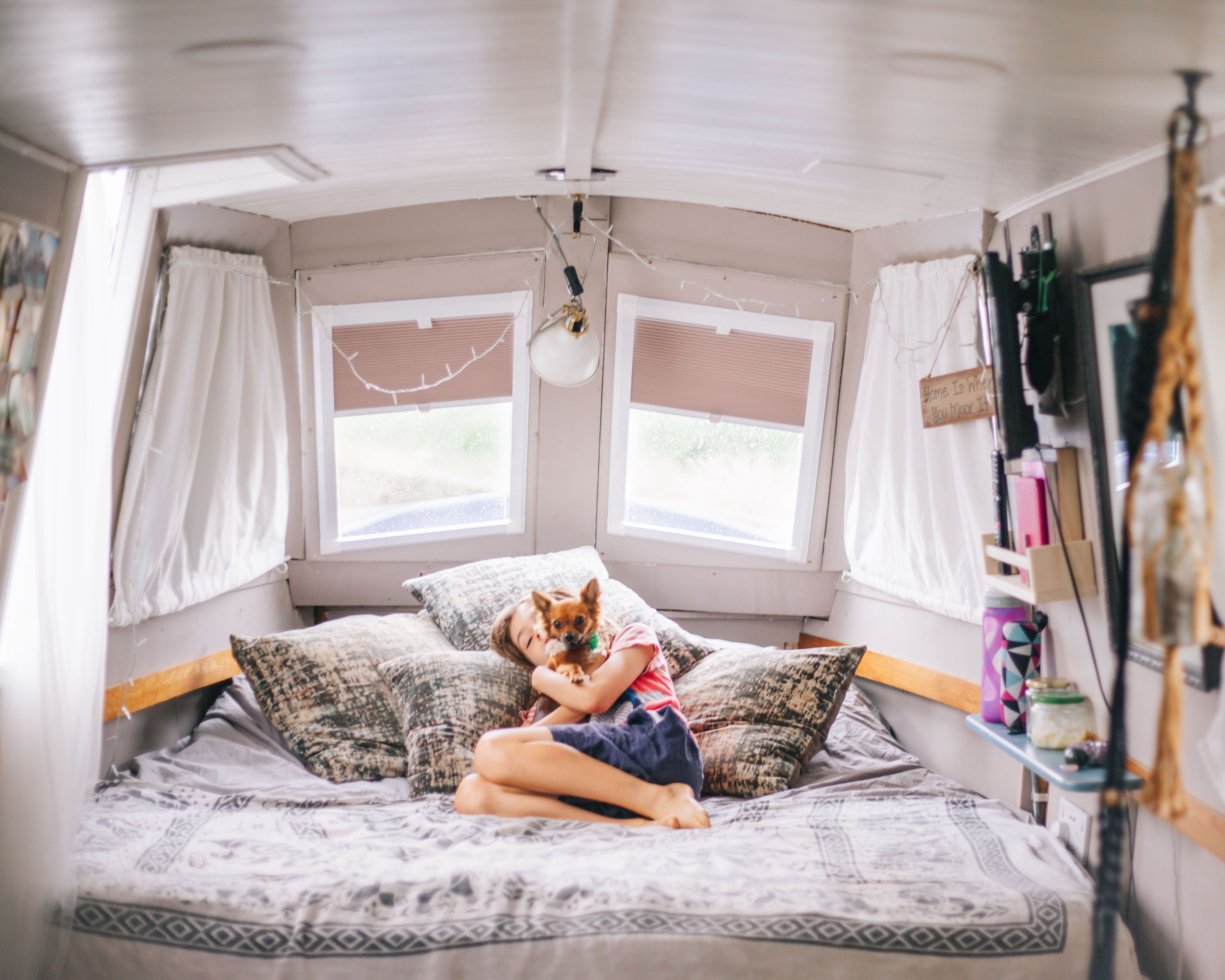 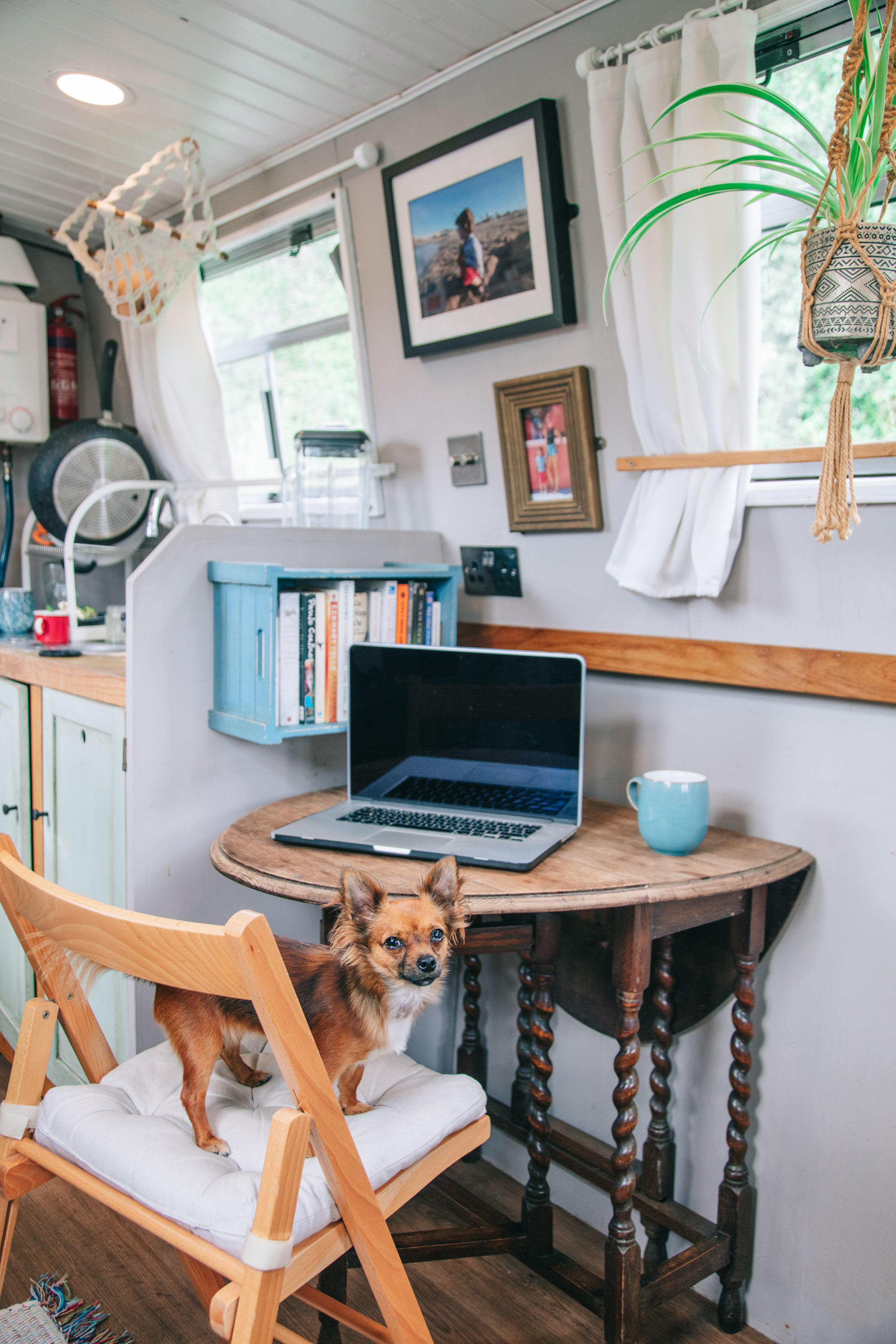 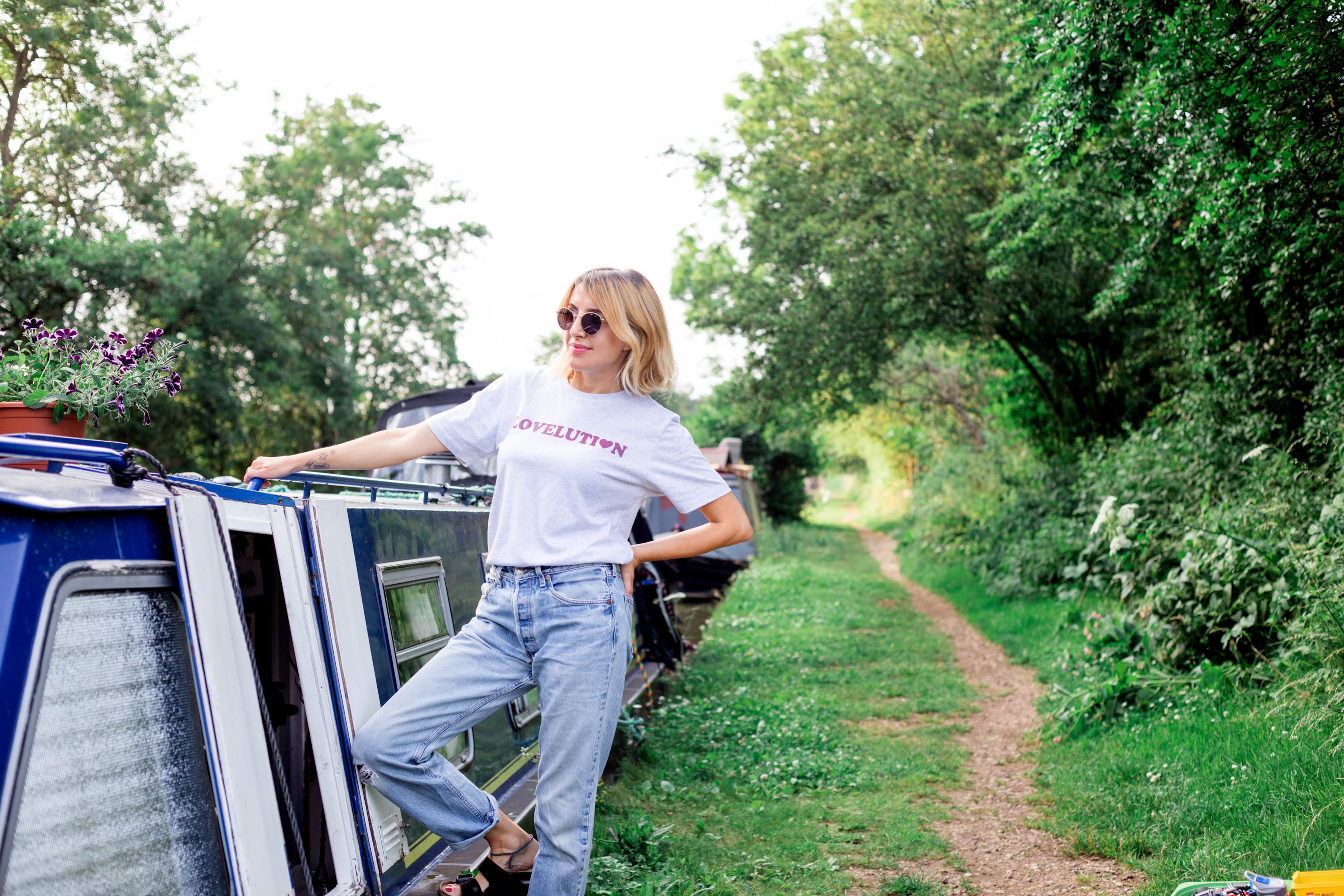 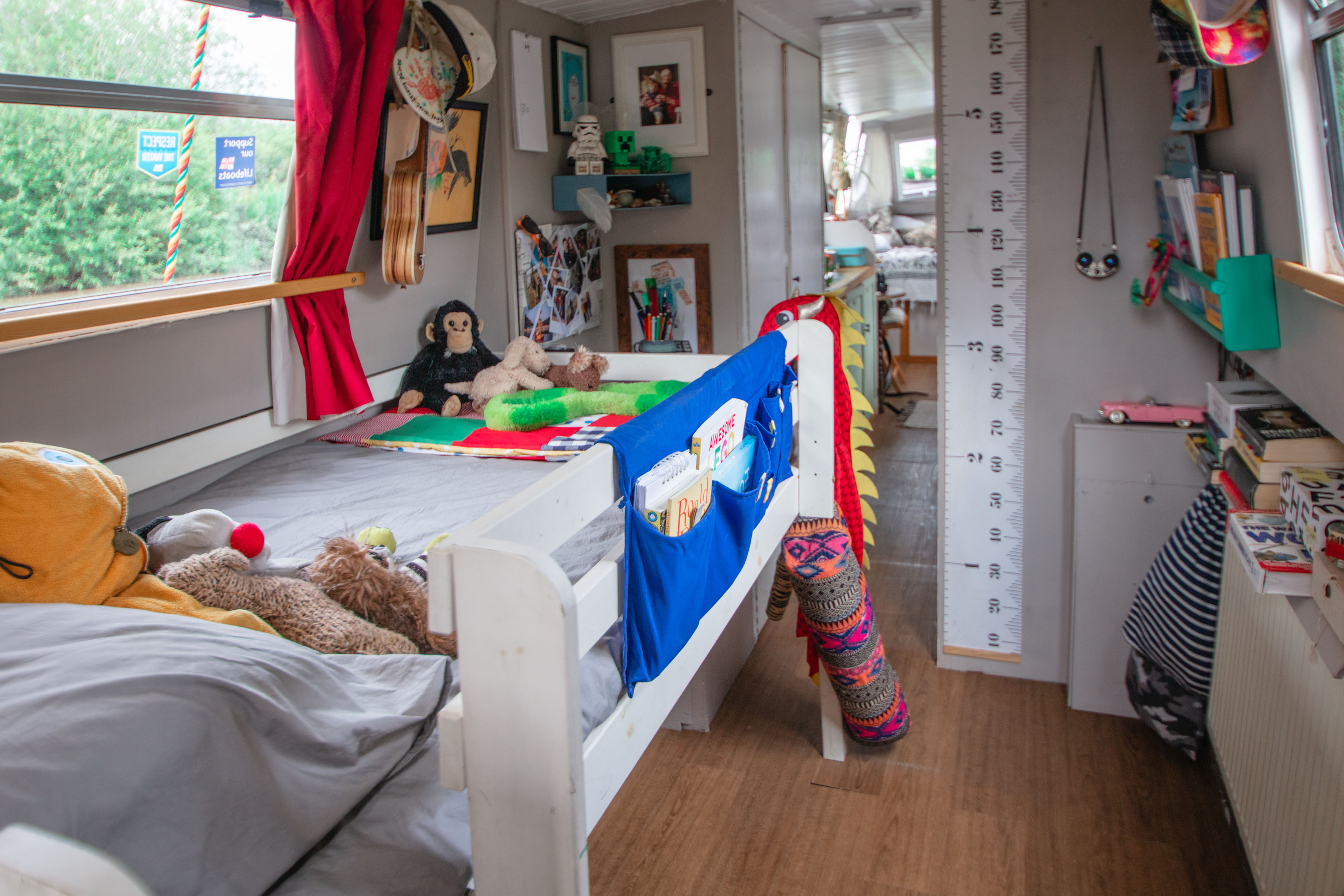 For more real life stories, one girl reveals 'I was mortified when a man shamed me for my low-cut swimsuit – then my DAD said it was all my fault too'.

Plus, one woman shares 'I’m 61 & engaged to a man 37 years younger than me, trolls say I’m so wrinkly I look like his great-gran, we’re in love'.

And a frustrated mum confesses 'I refuse to buy my step-kids presents, their mum’s furious but they’ve always hated me so it’s pointless'.