A MAN who claimed to be a former Macy’s employee said he made bank while working there – but not with his paycheck from the store.

He stated he used his employee discount to buy items for cheap and then resell them for a profit – but the side hustle eventually got him fired. 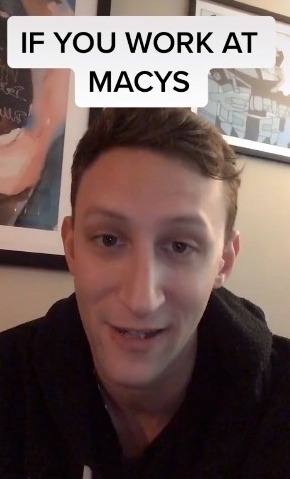 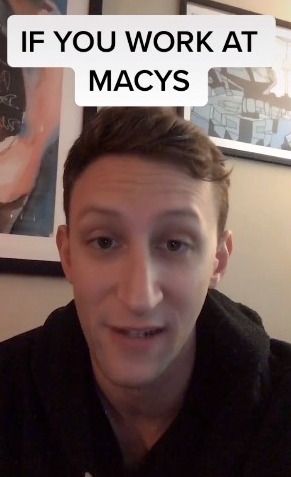 The man, named Evan Kail, recalled his side business in a video posted to his popular TikTok page.

“If you use your employee discount to buy clearance shoes that are like already 90 percent off … then you can flip them on Ebay,” he said.

“I made 40 grand doing this before they caught me and fired me.”

Evan noted in a comment under the video that he made the money in less than six months, but did not reveal when exactly he worked at the department store.

His followers were blown away by his revelation, with many sympathizing with him and wondering how he could get fired for such an act.

“How can they fire you, you bought the shoes,” one person argued.

“This is why you sell under someone else’s name,” another joked.

However, someone who stated they worked at Macy’s said buying items to sell them for profit is a “direct violation” of the brand’s policy, but admitted she isn’t sure how they would find out about the side hustle.

Furthermore, someone who claimed to work at Old Navy said “buying clothes with the discount and reselling them was against policy and grounds for firing.”

In reply to a request for comment, Macy's said: “We do not discuss matters concerning a specific colleague or a former colleague.”

Evan isn’t the first person who claimed to be let go from a major retailer for doing something questionable.

Previously, someone who said they worked at Whole Foods claimed to have gotten fired for eating food that was going to end up in the dumpster.

When The Sun reached out to Whole Foods, the grocery store responded with an extensive explanation of their food donation agenda and successes. 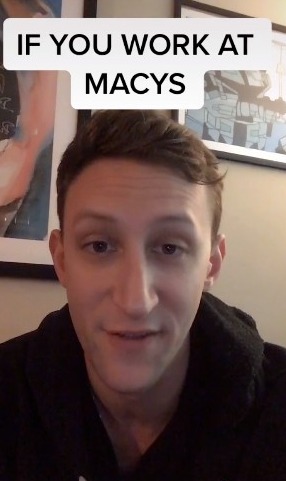