Home » I’m a mum-of-16 after giving birth AGAIN, we don't use contraception – hospital nurses joke they see me ‘every year’

A BUSY mum-of-15 has welcomed a new addition to her bumper brood after giving birth to her 16th child.

Patty Hernandez, 39, and her husband Carlos, 38, live with their gigantic brood in North Carolina, and they squeeze their entire family into a five-bed house. 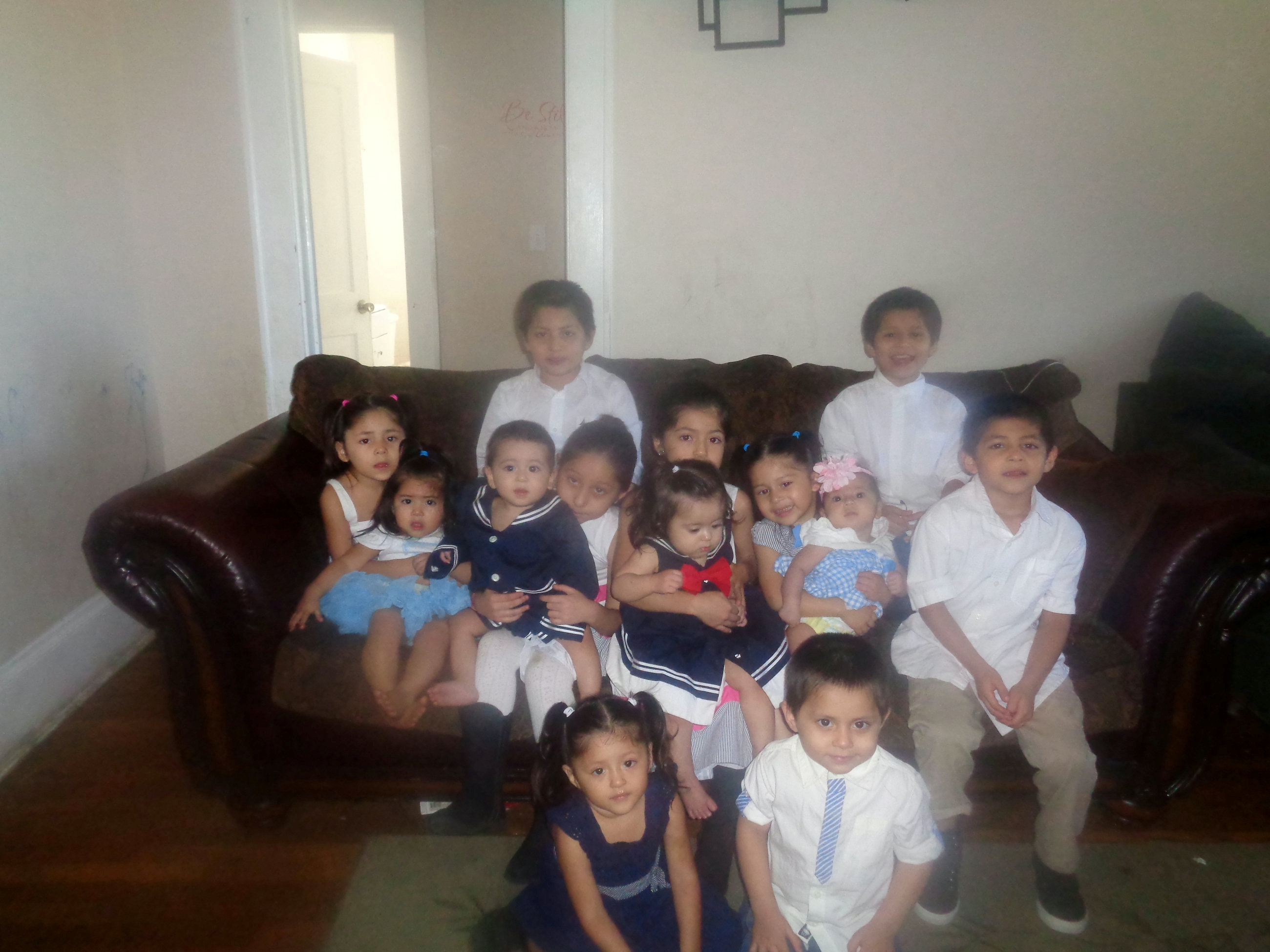 All 15 of her kids have names beginning with “C” in honour of Carlos, who supports the family as a floor cleaner.

Patty and Carlos have five boys and 10 girls, and six are sets of twins – and have just welcomed their sixth son named Clayton, continuing the family name tradition.

The thrilled mum shared the news on Facebook writing: "We want to thank Ami God for giving us a beautiful baby born on May 5 we want to welcome Clayton Omar Hernandez." 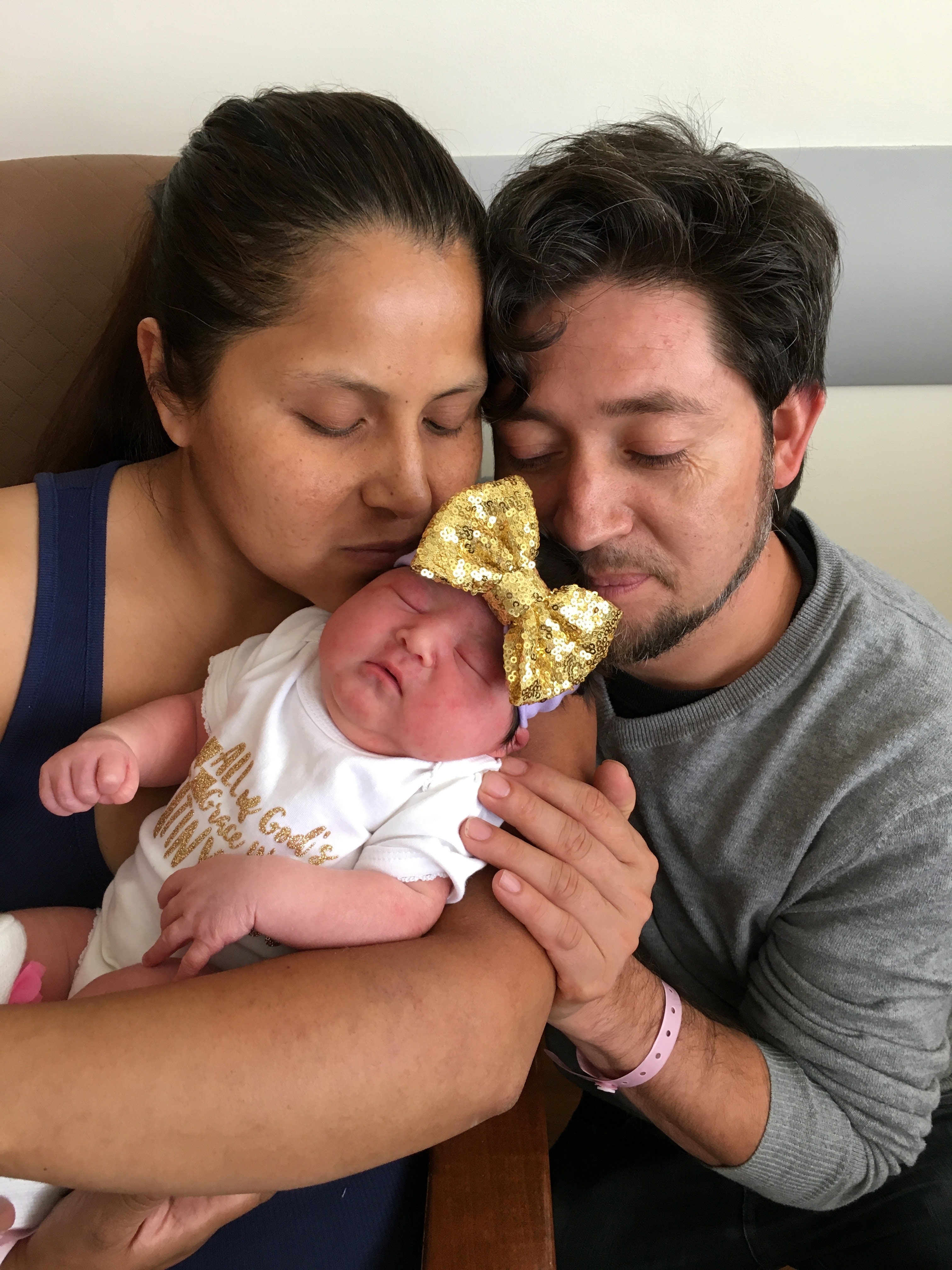 Despite having been through it 15 times before, Patty said her latest pregnancy was her toughest one yet, according to Mirror.

Patty said the nurses at the hospital "recognised" her and joked that they "see her every year" when she went in for the 16th time.

Carlos was supporting his wife through the birth, and both were pleased when Clayton, who weighed 8lbs and 4 ounces, finally arrived.

Patty was full-term when she gave birth, which has been her longest pregnancy yet.

"All my other births have been before 38 weeks. He just didn't want to come out," she told Mirror.

The mum said her other kids are "anxious" to meet their little brother, but she is yet to return home with the young tot.

Patty said that "god has blessed her with these kids," and despite the "nasty comments" they receive online, she and Carlos consider it a "blessing." 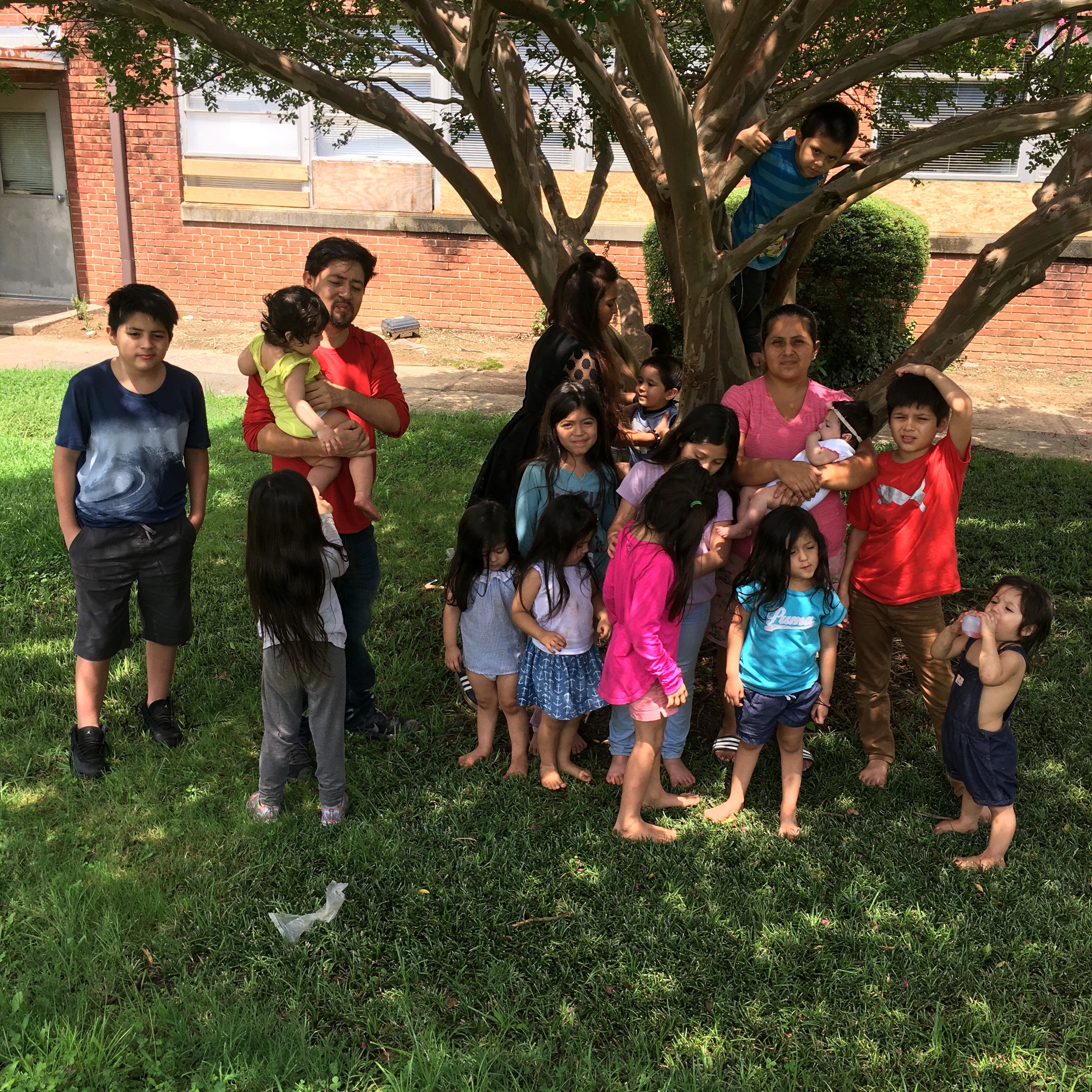 She added: "I never thought I would have a big family until I started having babies. Then I thought 'this is cool, why not?' It's really fun."

Patty's large family first became known in 2019 but she has since had three more children – Charlie who was born in May 2019, Crystal Abigail who arrived in the midst of the pandemic in April this year, and now Clayton.

Despite admitting that raising so many children can be stressful, the mother-of-16 is happy to have more kids.

The couple previously revealed that they spend £375 a week on groceries and nappies and were shopping for a new vehicle as they have outgrown their 16-seater bus.

She previously said: "It is a bit more stressful and difficult with a newborn. The babies are always crying and I have to take care of them.

"But it is a blessing, we enjoy it. 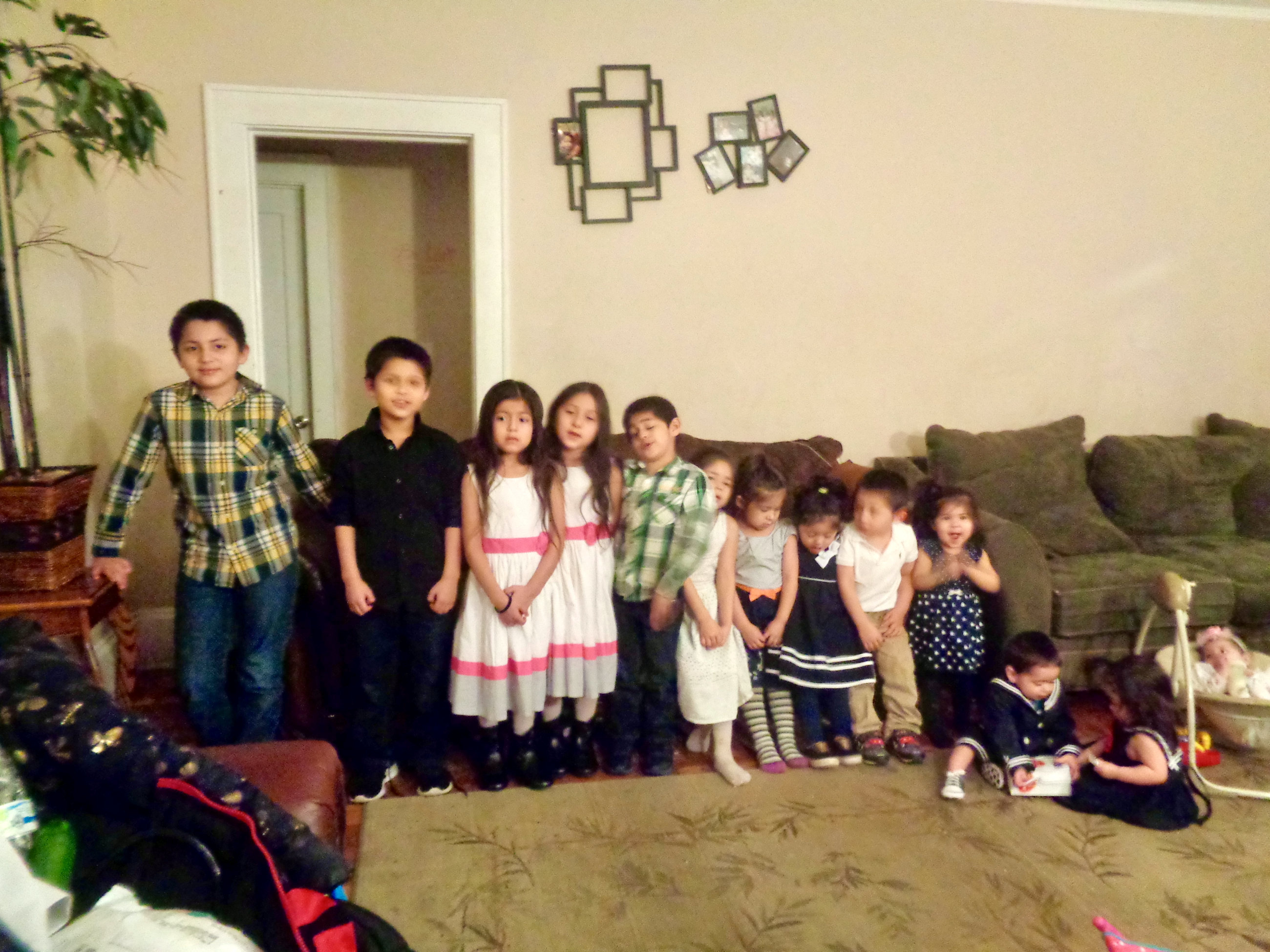 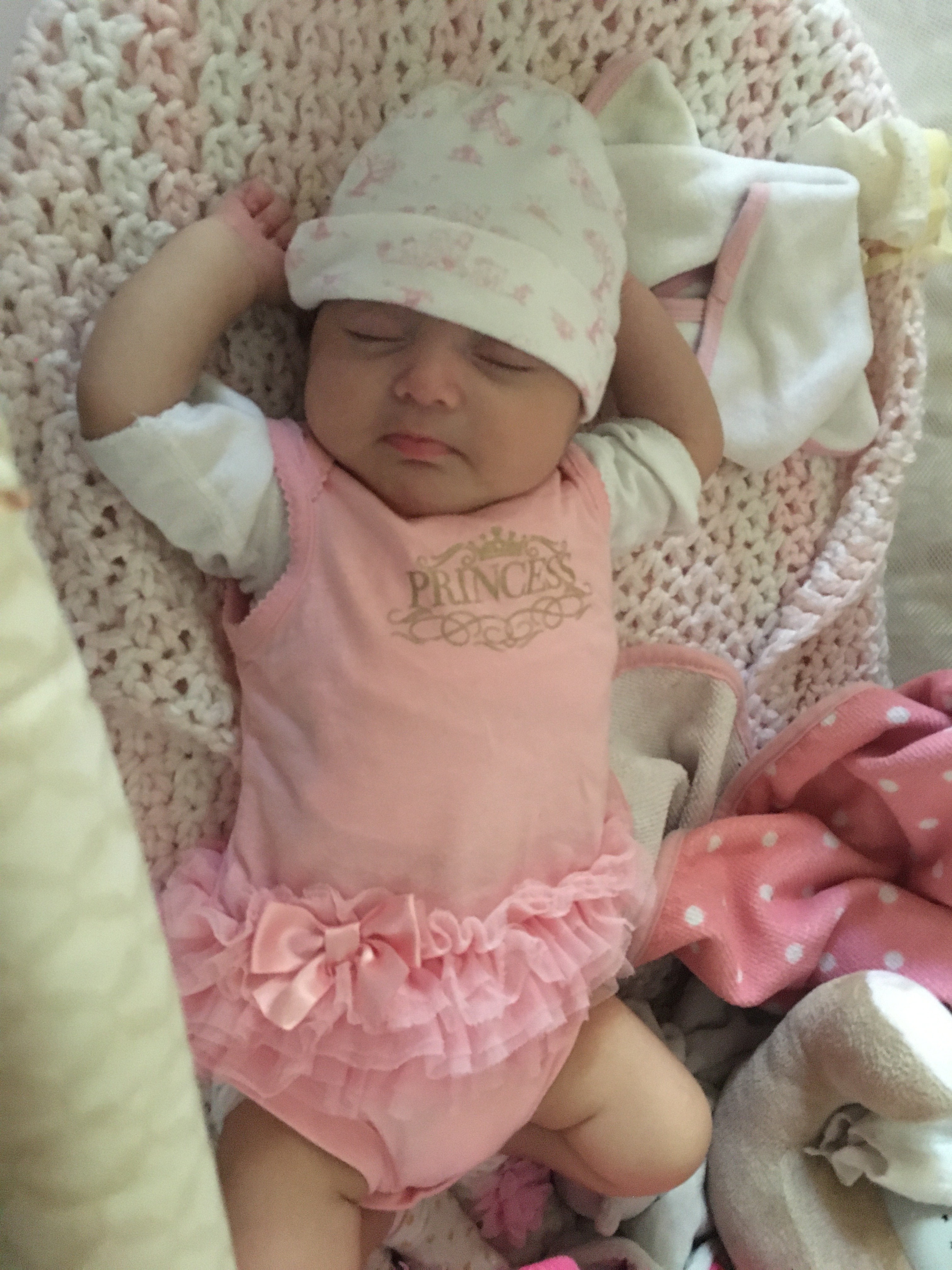 "We have left everything to God so whatever God wants to give us we will be happy.

"We don't use contraception.

"It's always crazy at our house."

Patty has spent over a decade pregnant having given birth to 16 babies since 2008, and said: "I'm so happy when I'm pregnant.

"Around three months after I have a baby I usually get pregnant again.”

Patty added that having so many children creates a lot of housework but she is already training the older children to chip in.

"Right now I have a thousand clothes to wash – that's at least five hours of folding clothes every two days. 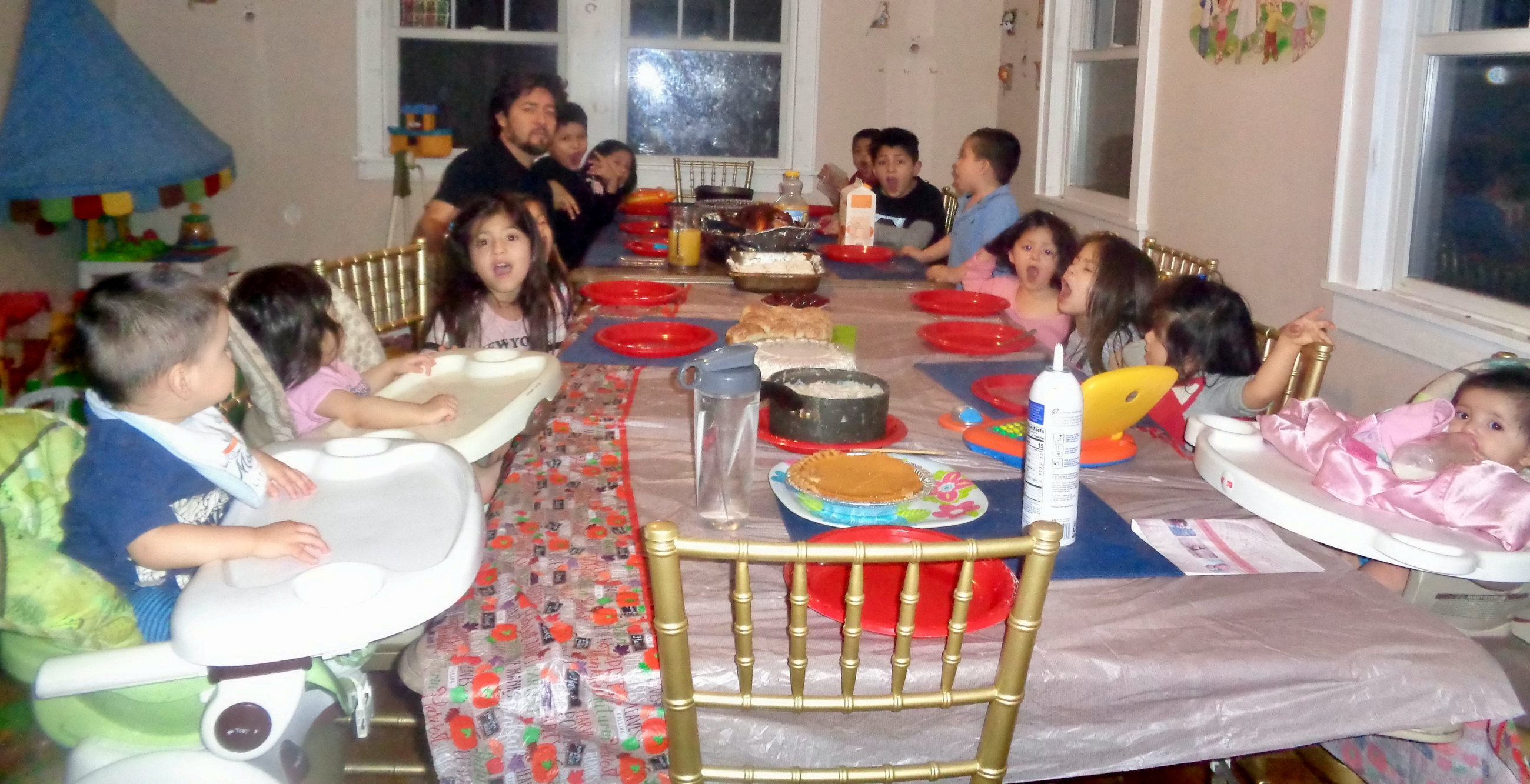 "I do laundry at least four times a week. When the kids play, they often leave toys on the floor so I need to clean that up too.

"I try to give them a daily routine to clean up after themselves. They have their own chores.

"The older one makes his own pancakes sometimes, but most of the time I am the one doing the cooking."

Patty and Carlos love their big family, and are endlessly amused by the attention they receive.

She said: "People ask me all the time, 'are they all yours?'

“Everybody's amazed when they find out how many kids I have, especially because I'm such a petite person.

"I never thought I'd have so many babies."

We previously shared back-to-school with the Radfords as they share the organisational tips for getting their family ready for term starting.

In other Radford news, we told you how pregnant Millie Radford is impatiently waiting the birth of her daughter.

And the mum-of-22 took her bumper brood for post lockdown haircuts.