Those three important words now appear in bold red on a pair of white cotton sport socks as a fundraiser for French charity Sidaction, which funds research into HIV and AIDS and helps people around the world living with the disease. 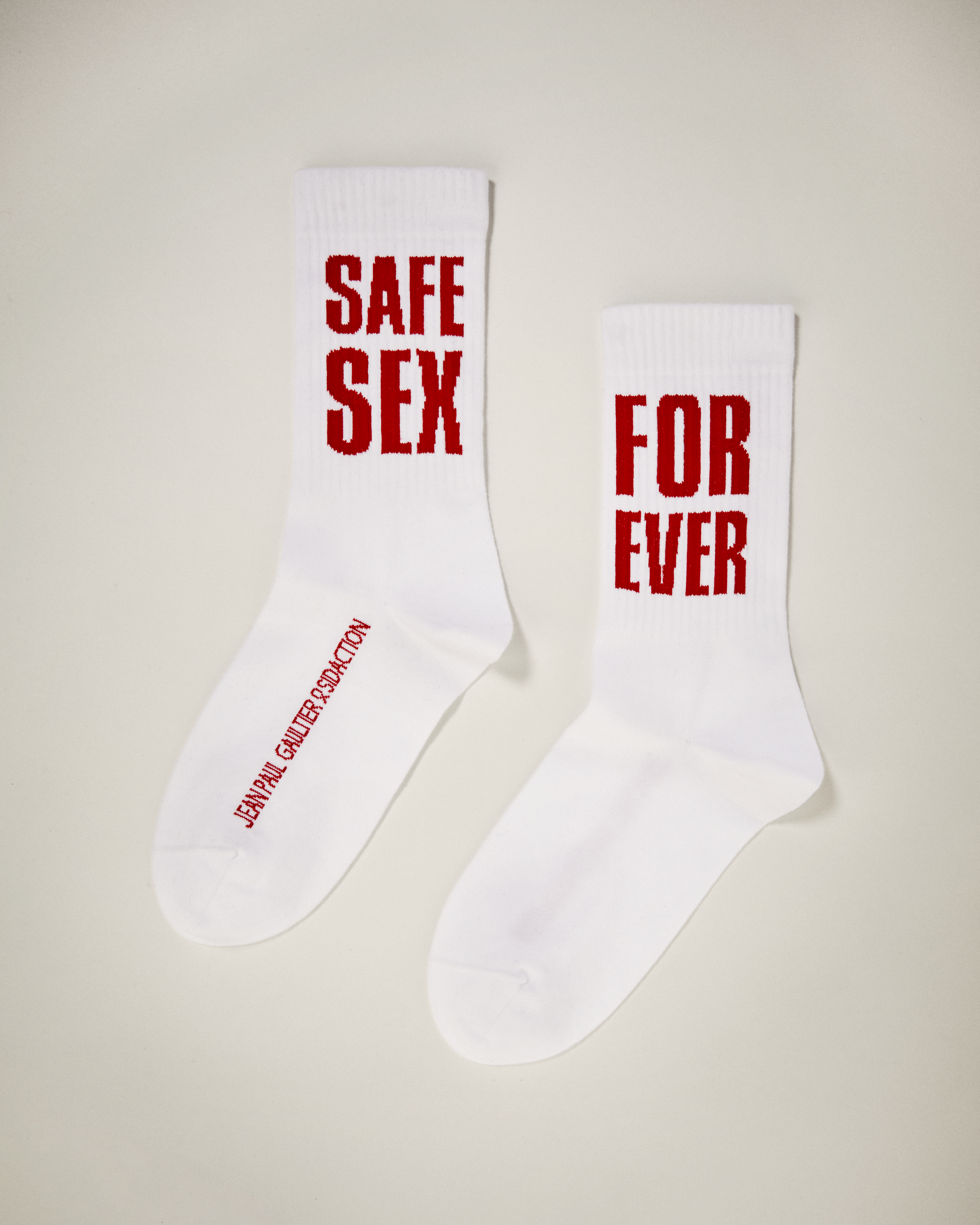 These limited-edition socks by Jean Paul Gaultier are to raise money for AIDS charity Sidaction.

The limited-edition socks retail for 22 euros at the sidaction.jeanpaulgaultier.com website from Friday, and at the Tom Greyhound boutique in Paris, with all profits going to Sidaction. Consider the socks an encore to Gaultier’s playful face masks — in sailor stripes punctuated with a pair of red lips — that raised funds last year.

Gaultier, who lost his partner Francis Menuge to AIDS in 1990, has been a tireless campaigner for the cause, most recently hosting a virtual version of its annual fundraising gala during couture week.

“The fight against AIDS is above all a personal story: this fight is particularly close to my heart. I was confronted with this scourge which took my friend away,” the designer said. “I remember the rejection that patients faced at the beginning. It has always revolted me, knowing that everyone could be affected one day. I want to speak to young people and try to raise their awareness because they always think that HIV and AIDS doesn’t concern them.”