PRINCE William has revealed the emotional ­crisis he suffered while serving as an air ambulance pilot — and said it left him feeling “like the whole world was dying”.

The Duke of Cambridge, 39, was close to tears as he confessed the trauma of the job’s pressures hit home a few weeks after he flew to help a boy at “death’s door”, and admitted: “It even makes me quite emotional now.” 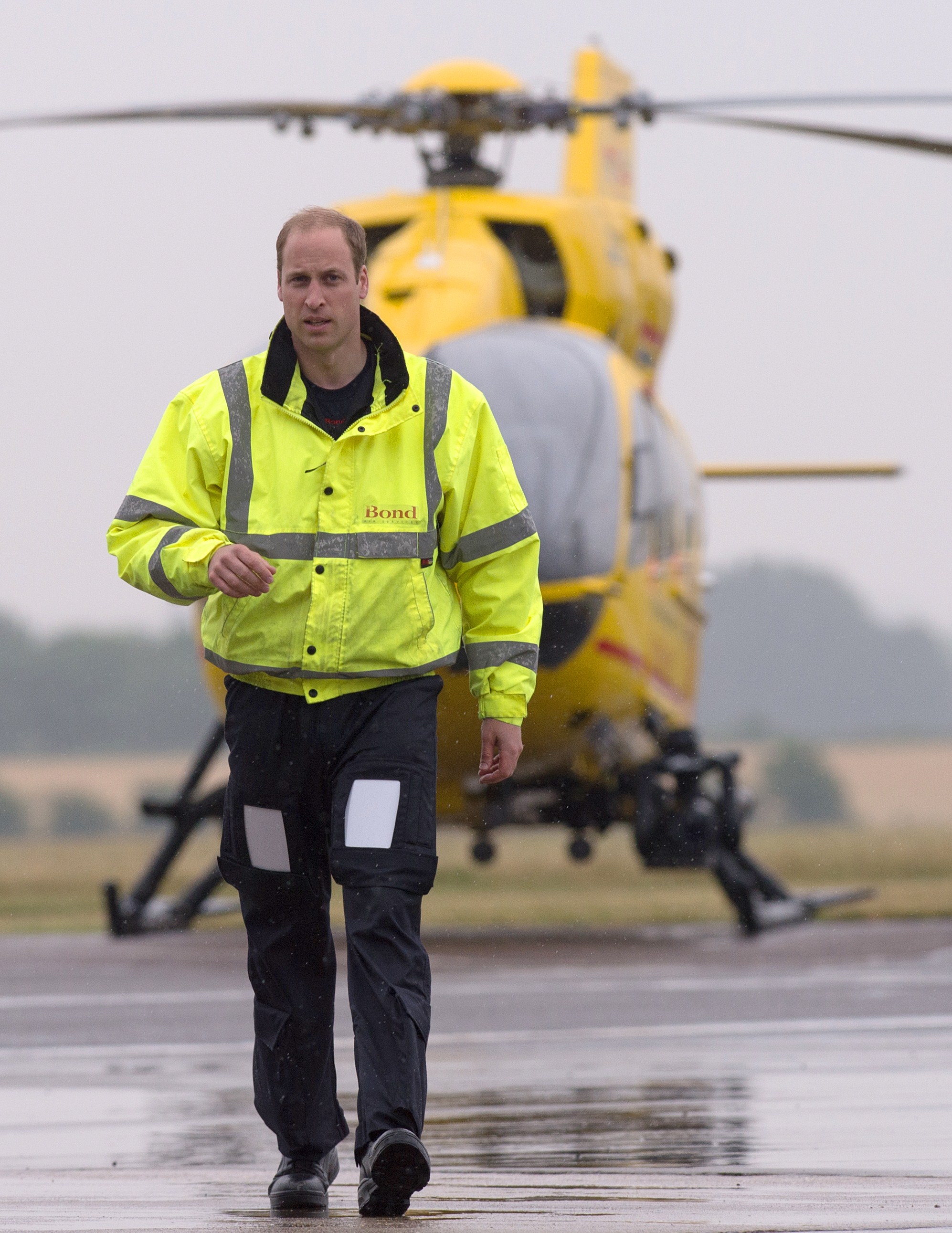 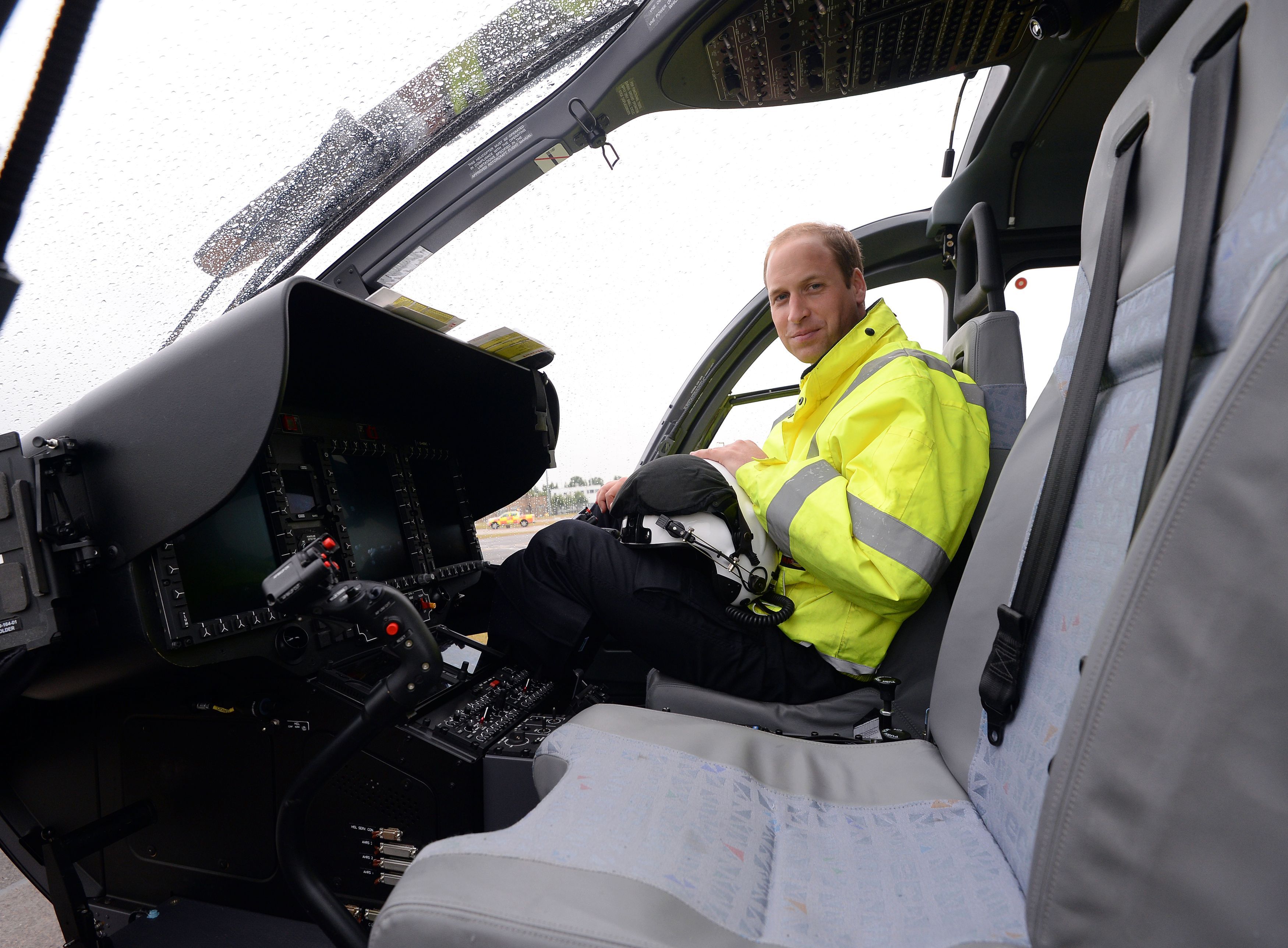 Father-of-three William revealed that he was “lucky enough” to find someone in the Air Ambulance Service with whom he could talk through his emotions.

And he outlined why he is ­campaigning for 999 heroes to get ­better mental health support — saying there is no “stigma or taboo” in seeking assistance.

The Prince choked up during a candid Apple Fitness+ podcast on the impact of dealing with 999 emergencies.

He worked a night shift for East Anglia Air Ambulance from 2015 and 2017, returning home each night to be with wife Kate, 39, and their children George, now eight, and Charlotte, now six. Louis, three, arrived a year after he left.

Recalling his time, he said: “Seeing patients and families ripped apart on almost a daily basis, that routine, you just get into a habit of head down and get on with it.

“I went to this one job. And it wasn’t very far. The maximum. We only flew about 15 minutes. And that was the great thing . . . you know, you get the aircraft out as quick as you can.

“I still remember the crew who were on, great mates of mine. We had a paramedic and a doctor on and another pilot flying with me.

“And the call we get is very brief, not very detailed. So we were kind of expecting a sort of minor injury case.

“Immediately it became clear this young person was in serious difficulty, sadly been hit by a car.

“And of course there’s some things in life you don’t really want to see. And all we cared about at the time was fixing this boy.

“And the parents are very ­hysterical . . .  screaming, wailing, not knowing what to do, you know, and in, in real agony themselves. And that lives with you.

“But our team got to work, and they stabilised the boy, and then it was a case of getting him out of there and into hospital.

He said: “I wasn’t in tears, but inside, I felt something had changed. I felt a sort of, a real tension inside of me.

“And then, the next day, going back in again to work, you know, different crew.

On to the next job. And that’s the thing, you’re not always all together. So then you can’t spend a day processing it.

“You also don’t want to think, ‘Oh, is it just me? Am I the only one who’s really affected by that?’

“It really hit me weeks later. It was like someone had put a key in a lock and opened it without me giving permission to do that. I felt like the whole world was dying.

"It’s an extraordinary feeling. You just feel everyone’s in pain, everyone’s suffering. And that’s not me. I’ve never felt that before.

“My personal life and everything was absolutely fine. I was happy at home and work, but I kept looking at myself, going, ‘Why am I feeling like this? Why do I feel so sad?’

“And I started to realise that, actually, you’re taking home people’s trauma, people’s sadness, and it’s affecting you.

“But I can’t explain why I had that realisation what was going on because a lot of people don’t have that realisation. Until you’ve been through it, it’s hard to understand.”

Emotional William struggled to keep his composure as he described meeting the family of the rescued car crash lad.

“But I think, as a human being, when you see someone in such dire circumstances, basically at death’s door, you can’t help but not be affected by that.”

It was recorded during a countryside stroll around the royals’ Sandringham Estate, in Norfolk.

'THEY'RE ALL SO SELFLESS'

During the chat, the prince said that there were times when he helped colleagues as they gave CPR to casualties.

Praising the people he worked with, he said: “They’re all so selfless, and they’re such dedicated people. These frontline workers who see death, bereavement, tragedy, and trauma on a daily basis.”

Last month he launched The Blue Light Together initiative where the UK’s emergency services agreed to make responders’ mental health a top priority.

The prince also went on to say that there was, but need not be, a “deep-rooted fear” associated with tackling mental health issues.

He said: “There are a number of ways that you can be affected by your circumstances, your environment, your upbringing. We all need to go through a process of understanding why rather than just give in to those feelings and say,

William, who affectionately refers to brother Harry, 36, three times in the podcast, also revealed that he gained his childhood love of helicopters after sitting on the front seat as Prince Charles flew a Westland Wessex chopper.

A photograph taken from one trip was kept on William’s bedroom wall as a child.

He said: “I kept looking at it, and it kept calling to me like it was saying, ‘Come on, what’s the next step?’

“And the RAF came along, and I went and did search and rescue with them. The moment I started the helicopter training, I realised that it was better than anything.” 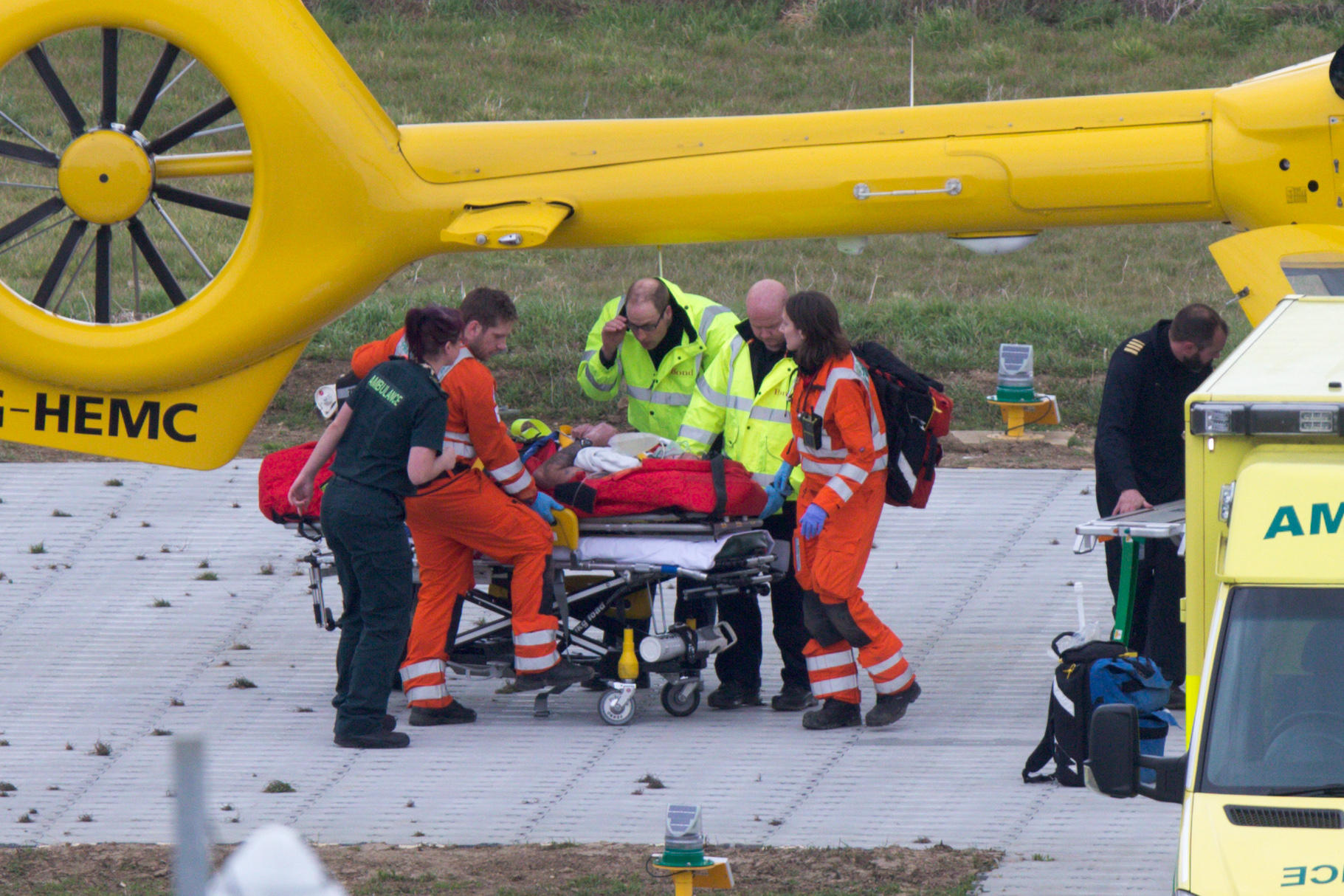 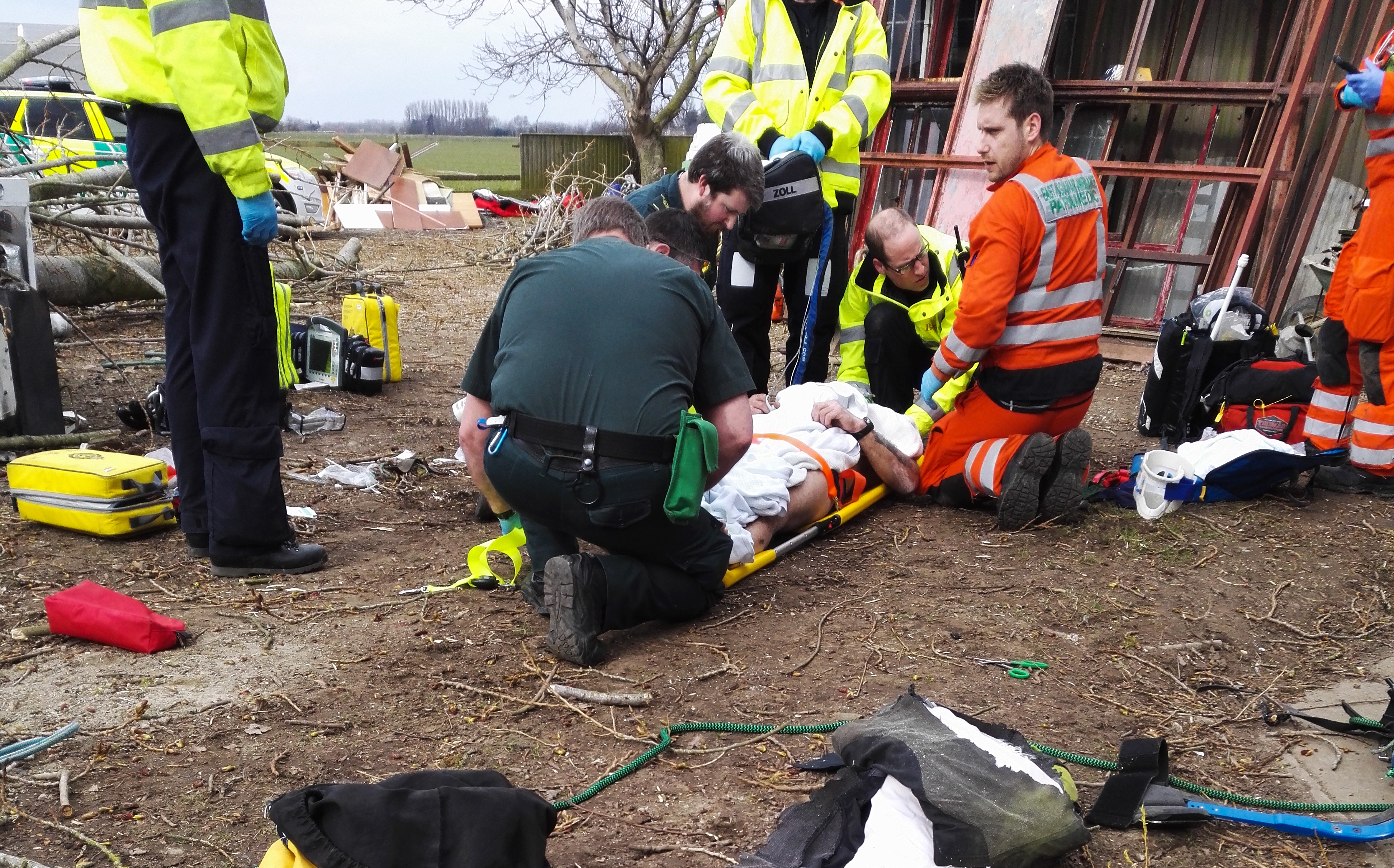 IT'S GOOD TO WALK… ASK PHILIP

PRINCE Philip would stride ahead on Christmas walks at Sandringham, William recalls fondly. 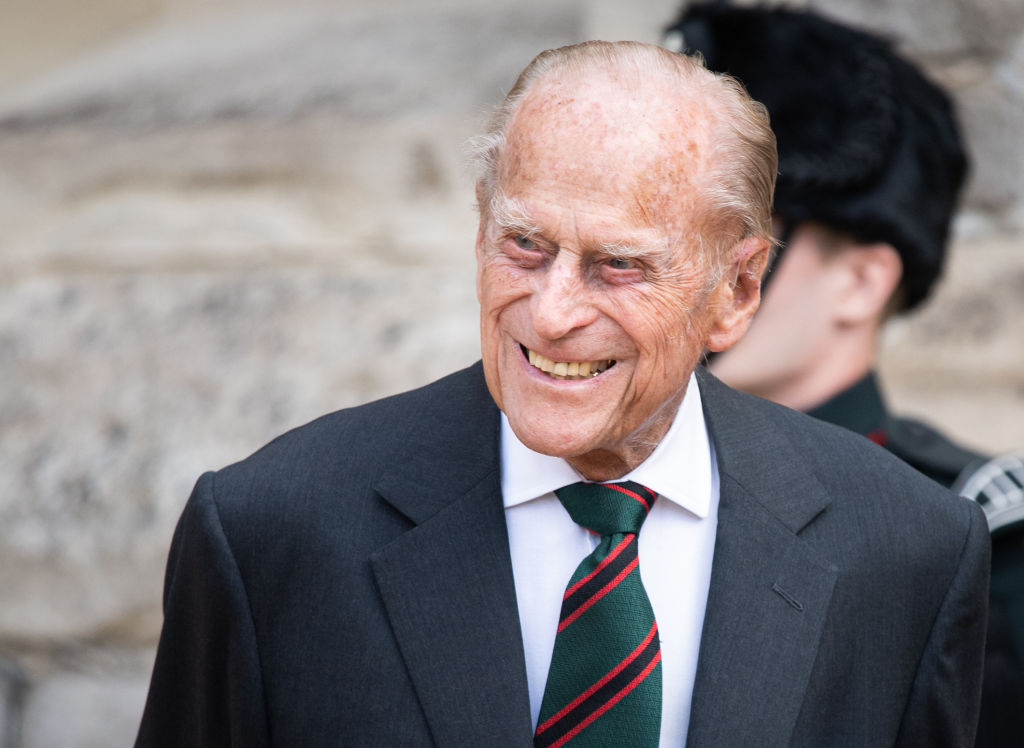 "My grandfather (Philip) used to walk so fast that there’d be huge gaps between us. There’d be us at the back with little legs trying to keep up.

“Over time, you start to feel quite attached to those moments and those memories before.”

Wills also recalls how he, Harry and their cousins would have a laugh during annual services.

He adds: “On Christmas Day, it’s fun to have a giggle and enjoy yourself.”

The Time To Walk episode featuring William can be streamed free on Apple Music 1 from tomorrow.

Harry scored megabucks deals with the likes of Apple TV, Spotify and Netflix but in his mental health documentary laid into his family and upbringing.

Wills negotiated with Apple to donate tens of thousands to three charities — UK’s Shout, Crisis Text Line in the US and Lifeline in Australia.

HARRY doesn’t have the monopoly in discussing mental health.

He believes it is never his fault. The media or his family have made him the way he is.

William is the opposite. He refuses to lay the blame on anyone.
Diana’s pain at her lowest ebb left a lot of responsibility on young William’s shoulders.

He pushed tissues under the bathroom door when he heard her crying, and protected Harry from the worst of his parents’ issues.

To William, therapy is not about blame, it is about how to deal with the pain.

William has worked it out. Harry is just angry

We should all be open

I’VE heard William des-cribe the importance of mental health many times in 18 months.

But I’ve never heard him so emotional as he is in this recording — discussing his time with the air ambulance.

It is also wonderful to hear him discuss home life so affectionately.

William’s approach could not be more different from Harry’s documentary with Apple earlier this year in which he attacked his family and upbringing.