Home » So, Is "Golfcore" Really a Thing? We Asked 5 Insiders 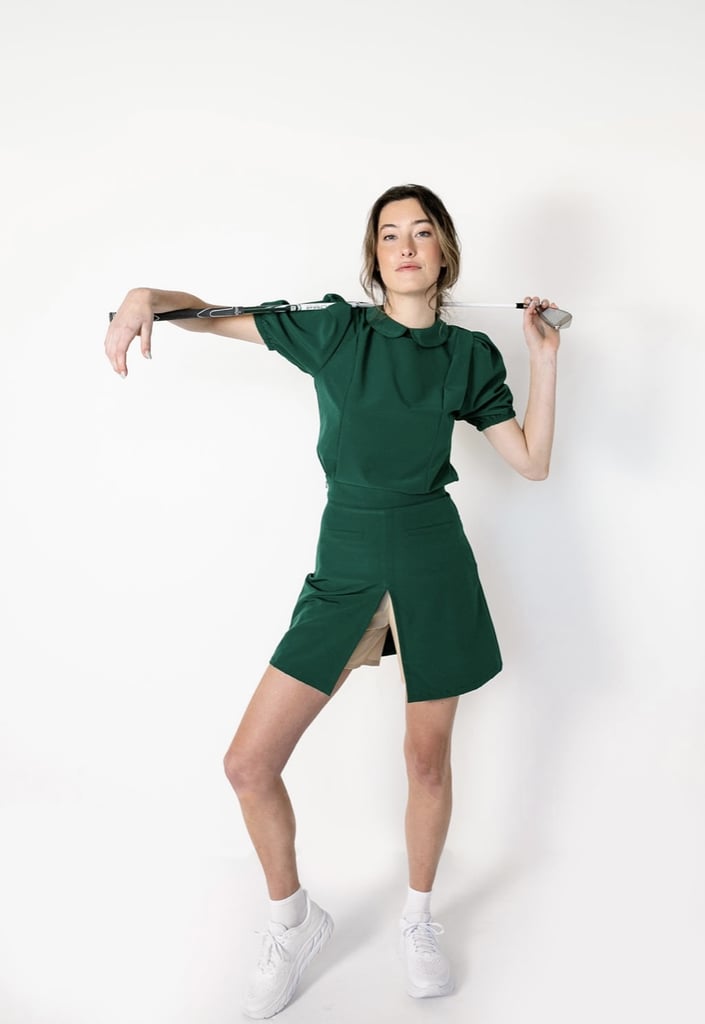 So, Is “Golfcore” Really a Thing? We Asked 5 Insiders

First there was normcore, the 2000s-era trend of decidedly blasé basics (think: a button-down tucked into jeans, Jerry Seinfeld-style). Then came gorpcore, characterized by functional outerwear like puffers and fleeces. And now there’s “golfcore.” Coined by Nylon earlier this year, the term is defined as somewhere between “tennis-chic” and “Larry David at the country club.” But the look is not relegated to people who play golf or affluent cis white men in what historically has been considered one of the least diverse sports. The omnipresent classic-meets-preppy aesthetic is comprised of polos, bucket hats, pleated skirts, and sporty layers, and it’s being worn by everyone from established players to Gen Z TikTokers, thanks in large part to the massive growth golf has seen over the course of the pandemic.

To give you an idea of just how popular the game has become, even after courses were temporarily closed due to COVID-19, 60 million additional rounds of golf were played by the end of 2020 versus 2019, according to the National Golf Foundation. As a result, the industry saw the largest increase of new and returning players ever recorded, including 450,000 more female golfers, and the fashion world swiftly followed suit. “We haven’t seen a boom like this in the game since Tiger,” John McMullen, Director of Golf at the Hillcrest Country Club in Los Angeles, told POPSUGAR.

As far as the explosion of golfcore goes, the fashion set credits a collective nostalgia. “Golfcore is in right now because the pendulum is swinging back to the classics,” said Rowing Blazers founder Jack Carlson. “What was once considered stuffy and out-of-touch is now presented in a fun, real, relevant, no-bullshit way.” In addition to the buzzy brand’s thoughtfully reconstructed Ivy League-inspired designs, emerging labels like Byrdie Golf Social Wear, Malbon Golf, and Whim are redefining golf style with retro prints and streetwear. Byrdie Golf Social Wear founder Rachelle Williams notes that golf carries with it “a vintage nod that’s getting women excited about the sport again.”

Alas, fashion trends come and go. To be sure of golfcore’s staying power, we turned to the experts. Here, Michelle Wie West, Jena Sims, Megan Heaton, Amanda Balionis, and Paige Spiranac share their candid thoughts on the burgeoning trend. Keep scrolling to shop some of our favorite golfcore pieces for yourself.