Home » Fashion » Tesla car detects 'ghost' while driving through cemetery – can you spot it?

Well, apparently Tesla cars think they do because it seemingly picked up one at a cemetery. 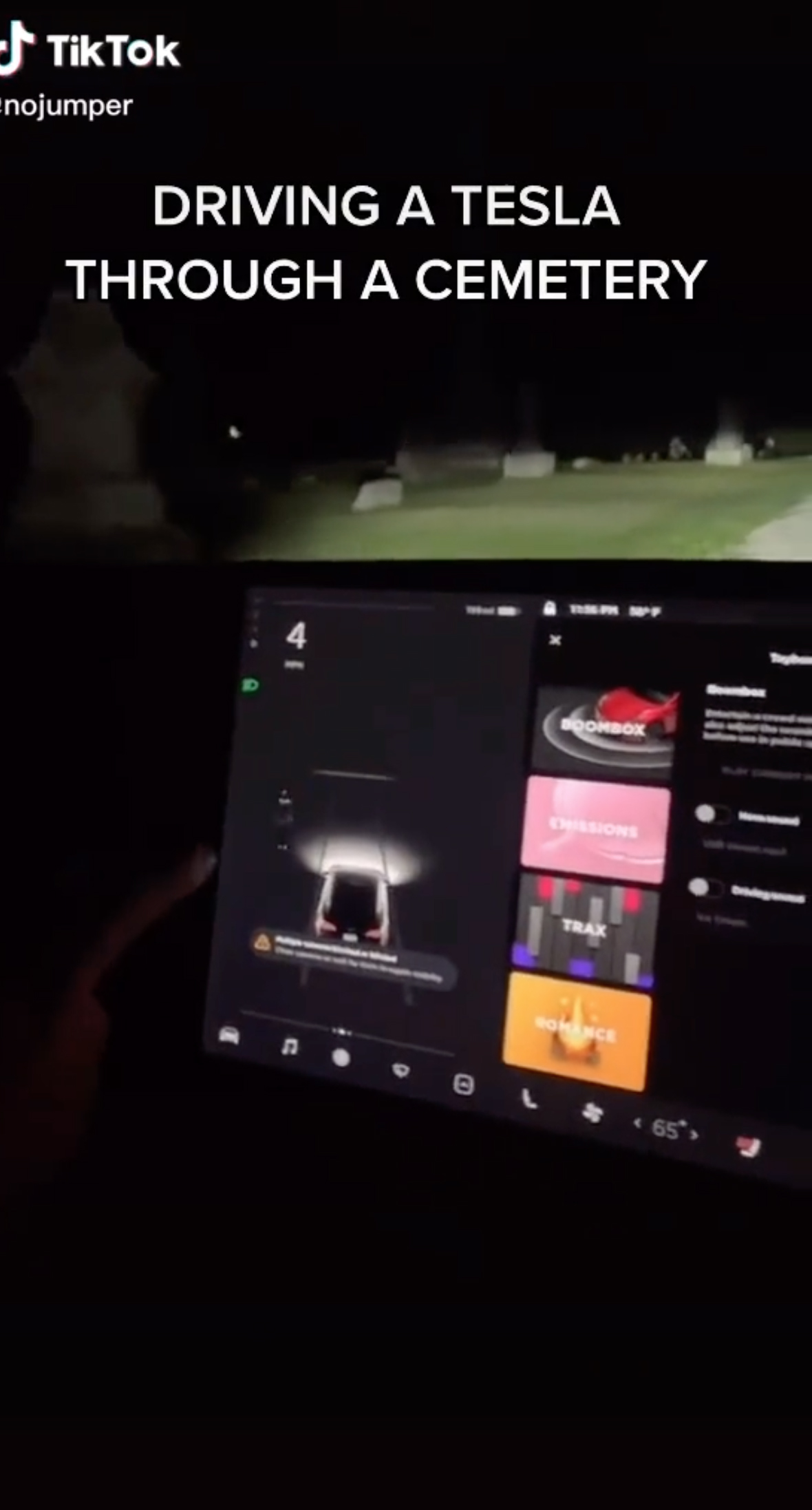 A TikTok video surfaced this week where a couple of friends were driving through a cemetery at night when their car made the shocking discovery.

As the friends drove through the dark streets, it suddenly alerted them that there was a person standing by the side of the road.

The alert usually pops up to alert the driver that there is a person nearby and to avoid them.

However, when they looked outside, there was no one out there – there was just a tombstone.

The people in the video screamed, thinking they were been chased by a ghost.

The driver, who was trying to prove a point, kept screaming: "I told you!"

A second one quickly chimed in and said: "Fine, I believe you!"

While a third screamed in the background and a fourth person said: "Your Tesla sees dead people!"

Following the video, many skeptics rushed to the comment section, claiming they thought that the Tesla was simply picking up the tall tombstones as "people."

One person wrote: "Anyone who owns Teslas knows it is just detecting the taller tombstones.

"It does this all the time with trash cans and human-sized objects."

However, a second one, who wholeheartedly believed it was a ghost, said: "Somethings you just do not do if you want peace in your life."

A third even claimed to have seen "an orb" when the car drove by "the ghost."

What do you think? Did the Tesla pick up a ghost or is it just a tall tombstone? 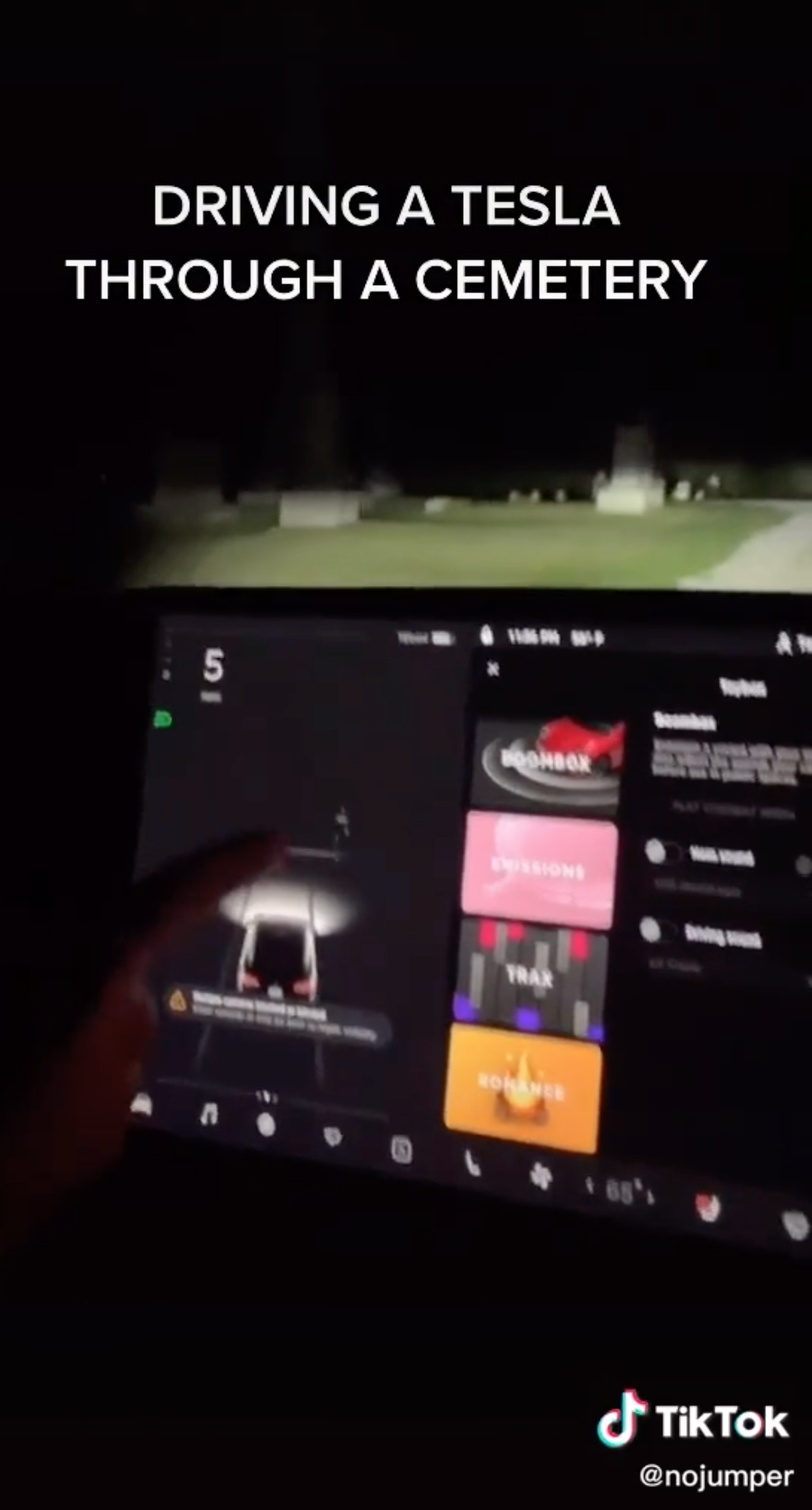