A WOMAN has shared the savage messages she received from a bloke on Tinder after he “accidentally” swiped right.

TikTok user The Eedster shared a screenshot of the messages he sent her after matching with her on the dating app. 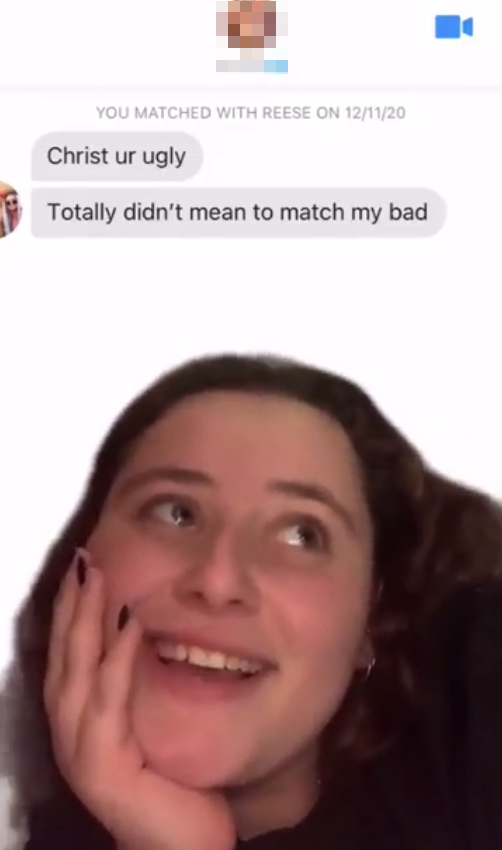 The man wrote: “Christ ur ugly.

“Totally didn’t mean to match with you, my bad.”

Luckily the woman appeared to see the funny side, laughing as she lipsyncs along to a love song.

Captioning the video, she joked: “Sorry ladies he’s all mine.” 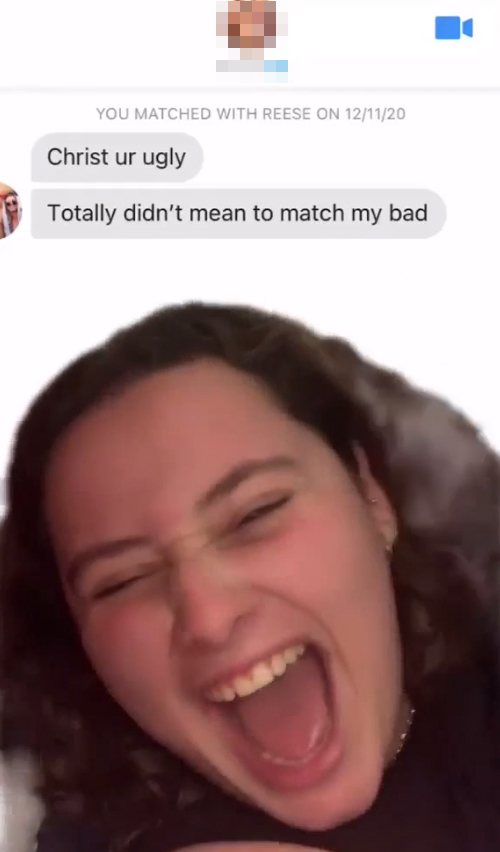 Her clip has since received over 325,000 likes and thousands of comments from fellow singletons slamming the “idiot.”

One joked: “I guess chivalry isn’t dead after all.”

“He literally could have just unmatched you but nope he woke up and chose violence” pointed out another.

A third added: “YOU’RE SO CUTE, HIS LOSS”

Others urged the woman to expose the bloke so that other ladies can avoid him at all costs.

In other relationship news, this woman revealed how she was blackmailed over a sex tape she had no knowledge of.

And this woman reveals that a bloke she blocked changed his Netflix name to win her back.

Plus this woman clogged her boyfriend's loo and tried to blame it on the cat – and it didn't go to plan.