ACOUPLE have revealed how they quit their jobs to live in a van where they were able to cut their expenses in half.

Not only were Nat, a chef, and Abi, a photographer, able to reduce the cost of their bills, but they didn't have to work for an entire year while living on the road. 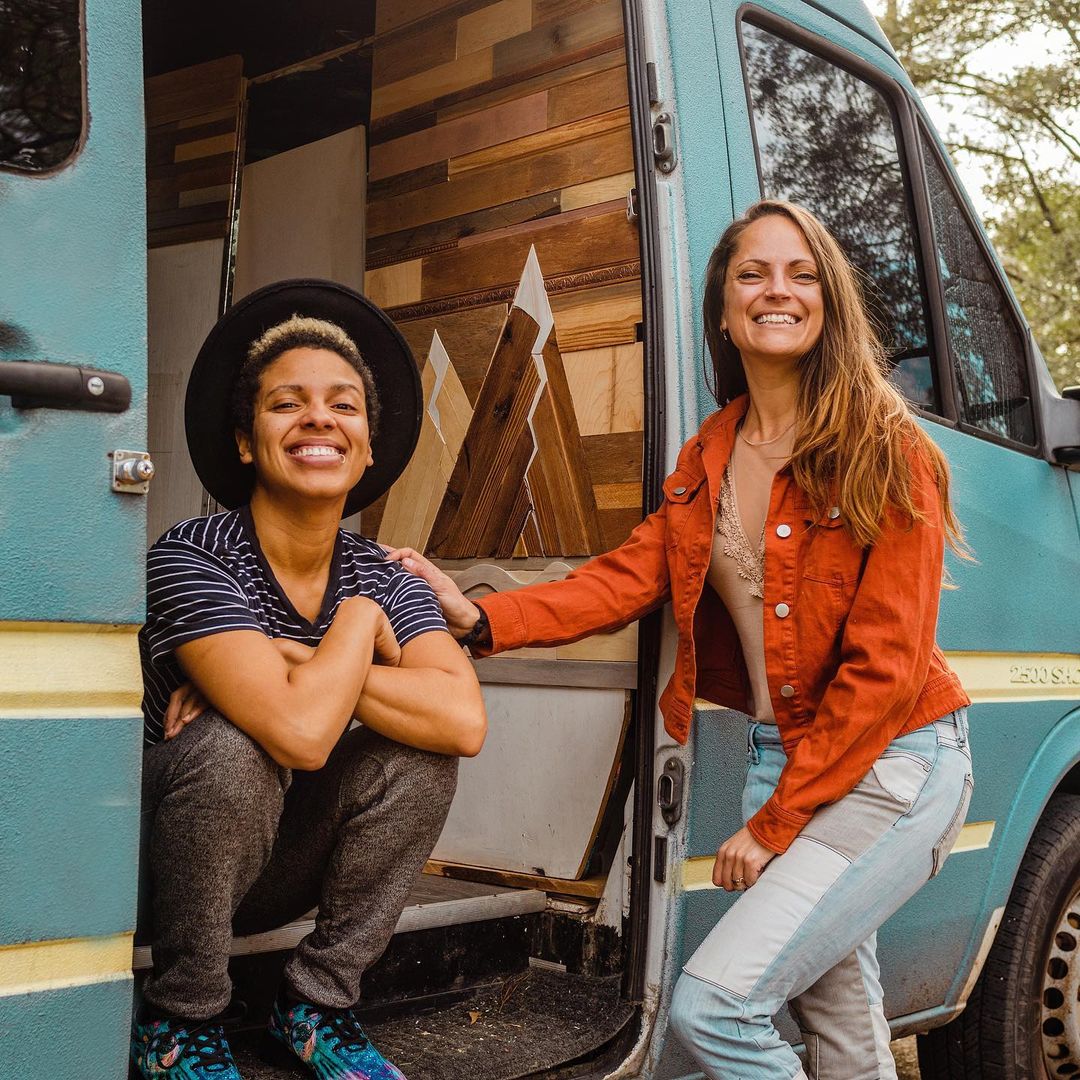 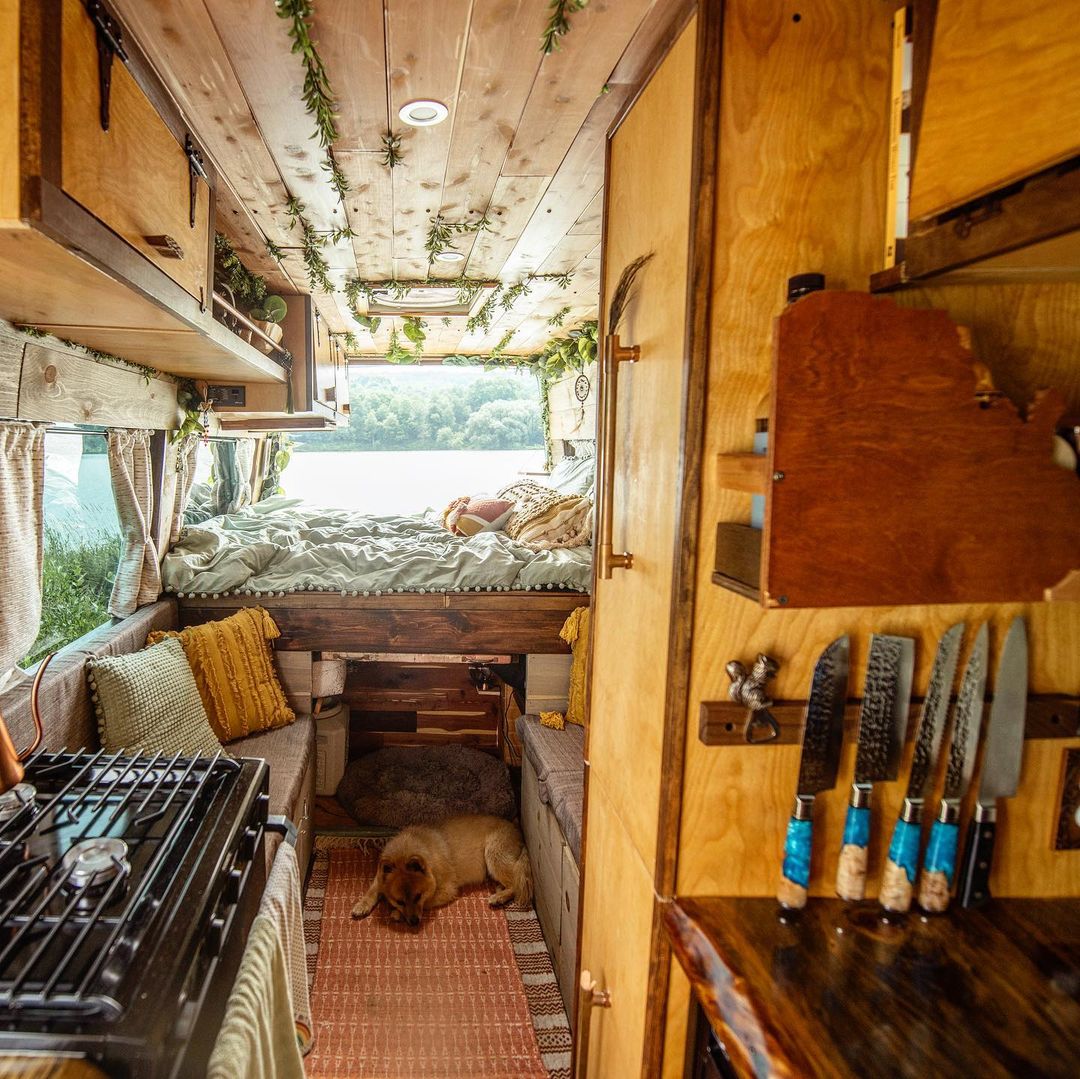 The pair been living in the small van for almost three years their two dogs, and they share their adventures online as Lets Play Ride and Seek.

In a series of clips on YouTube, the couple, from the US, revealed that they'd both always wanted to try"van living."

So when they finally decided to hit the road, they worked out exactly how much they'd need and how to start saving.

On average, the couple spend a total of $1400 (£1030) a month, which is half the amount they were spending while renting a house.

Abi explained: "When we lived in a brick-and-motar, we defeinatly spend double this every single month. So we are finding living in a van much less costly than living in a regular house.

"Because of this, we don't have to be slaves to the 9 to 5 anymore, we can work less and have more quality time with each other."

Nat said that this is a lot, and it can be done cheaper, but they were very specific about what they wanted so were willing to spend the money.

The couple worked hard for 18 months to save an additional $12,000 (£8,840) each and this allowed them to have enough money for an entire year – without having to work.

"When we knew we wanted to live and travel this way, we knew we had to really plan ahead financially,"Nat said in one of thier YouTube clips.

And Abi explained that the first step was to plan out a budget which she estimated to be roughly $2000 a month.

This covers the cost of petrol, food, general travel and any other expenses they have.

The rest goes towards a savings fund which they'll use for mechanical repairs if ever they needed it.

In order to prepare for their time on the road, the couple had to reduce their living expenses at the time.

Their biggest tip is to take on a "minimalistic" approach to living, and they sold most of their belongings on Facebook Marketplace.

"We sold pretty much all of our stuff," Abi revealed. "We had two yard sales and sold a bunch of stuff online, and that added up to a lot of savings."

They also downsized from a three-bedrrom house to a studio flat in order to save on rent – and cut out things like pricey internet and Netflix.

When money started to get low after one year,Abi managed to book in a couple of photograpghy jobs which gave them enough money for another six months on the road.

The couple noted they are debt free, and living in a van means they're rent free too.

"This means our money lasts a lot longer," Nat said.

The travelling duo said they hope to sustain this lifestyle for as long as possible, potentially forever.

They continue sharing their journey on thier Insgram page as well as on YouTube, 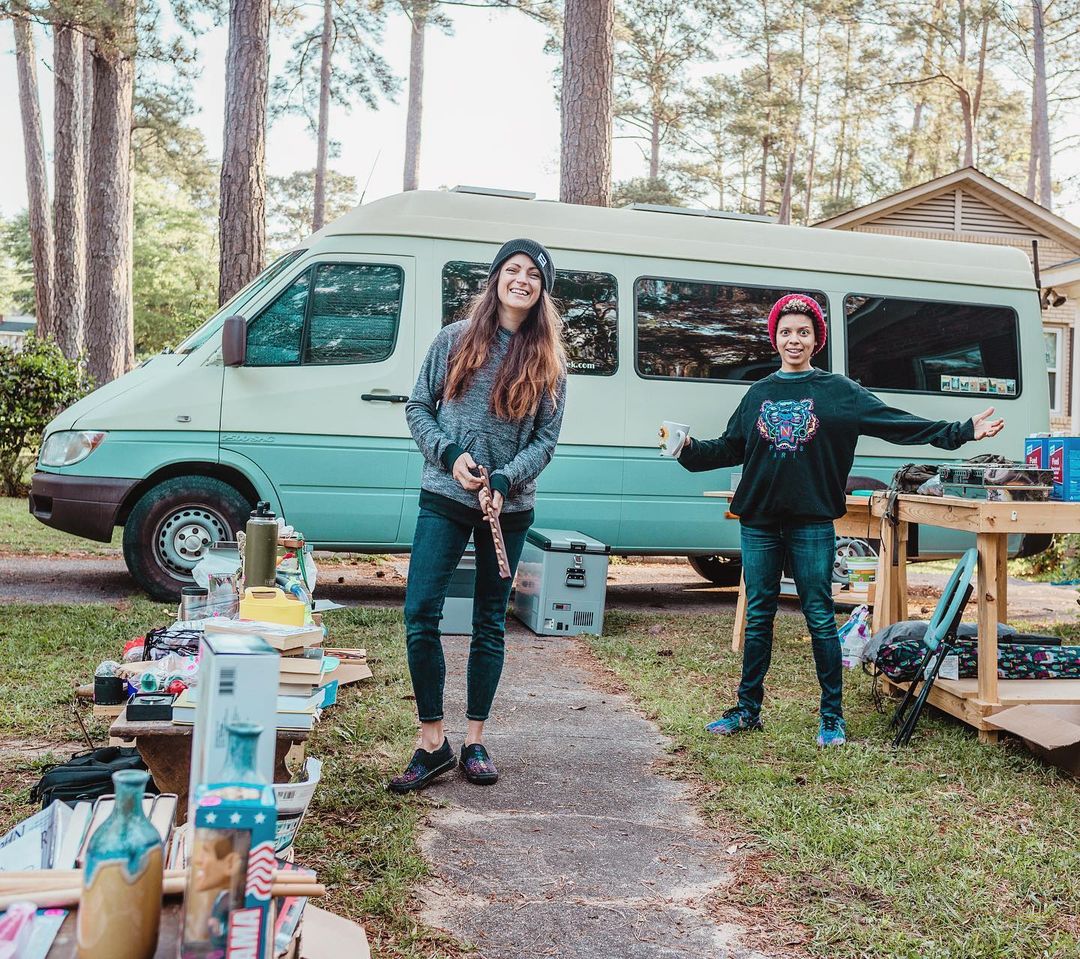 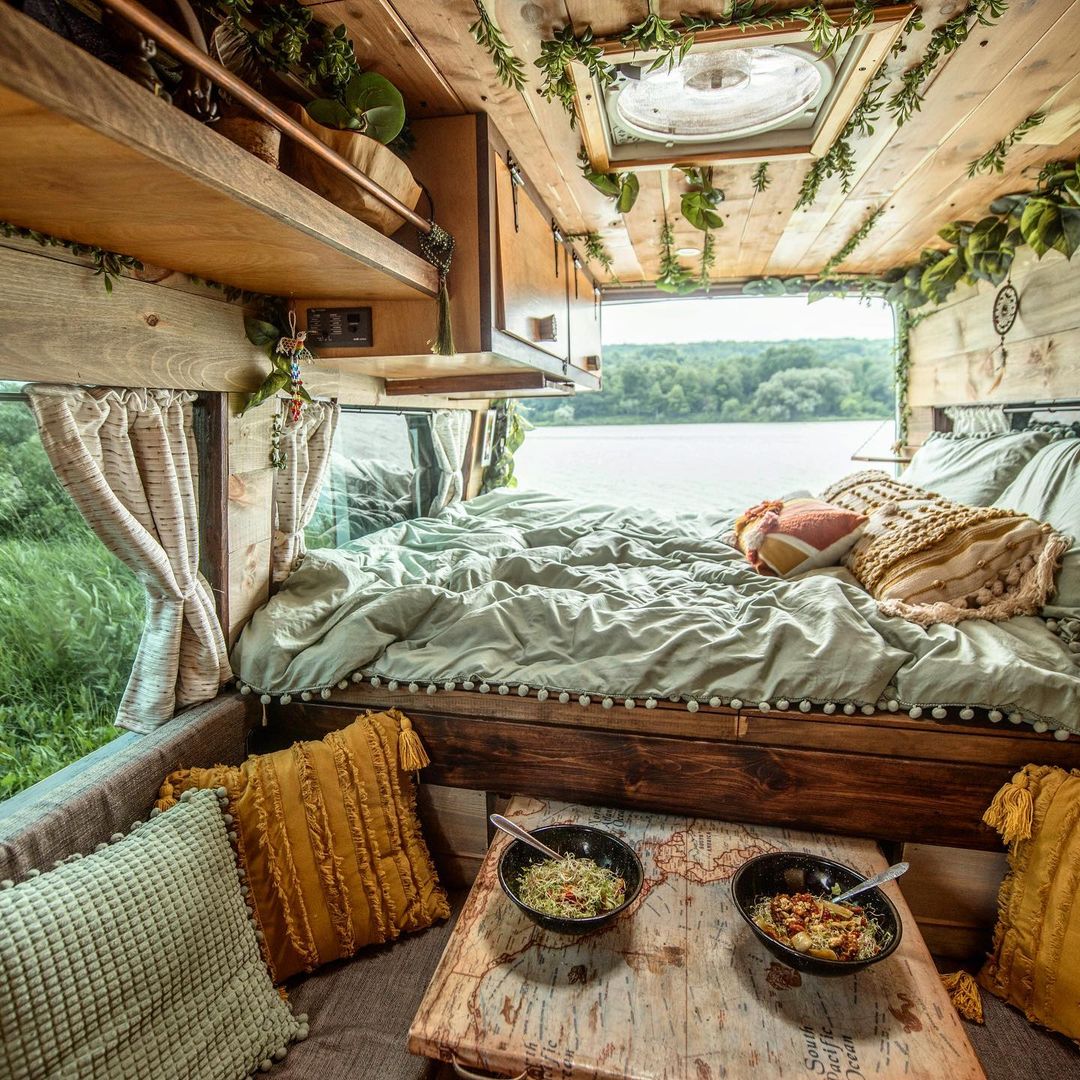 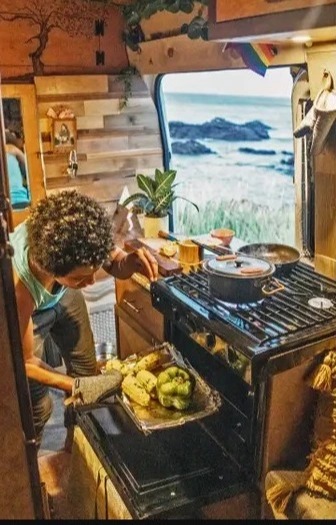 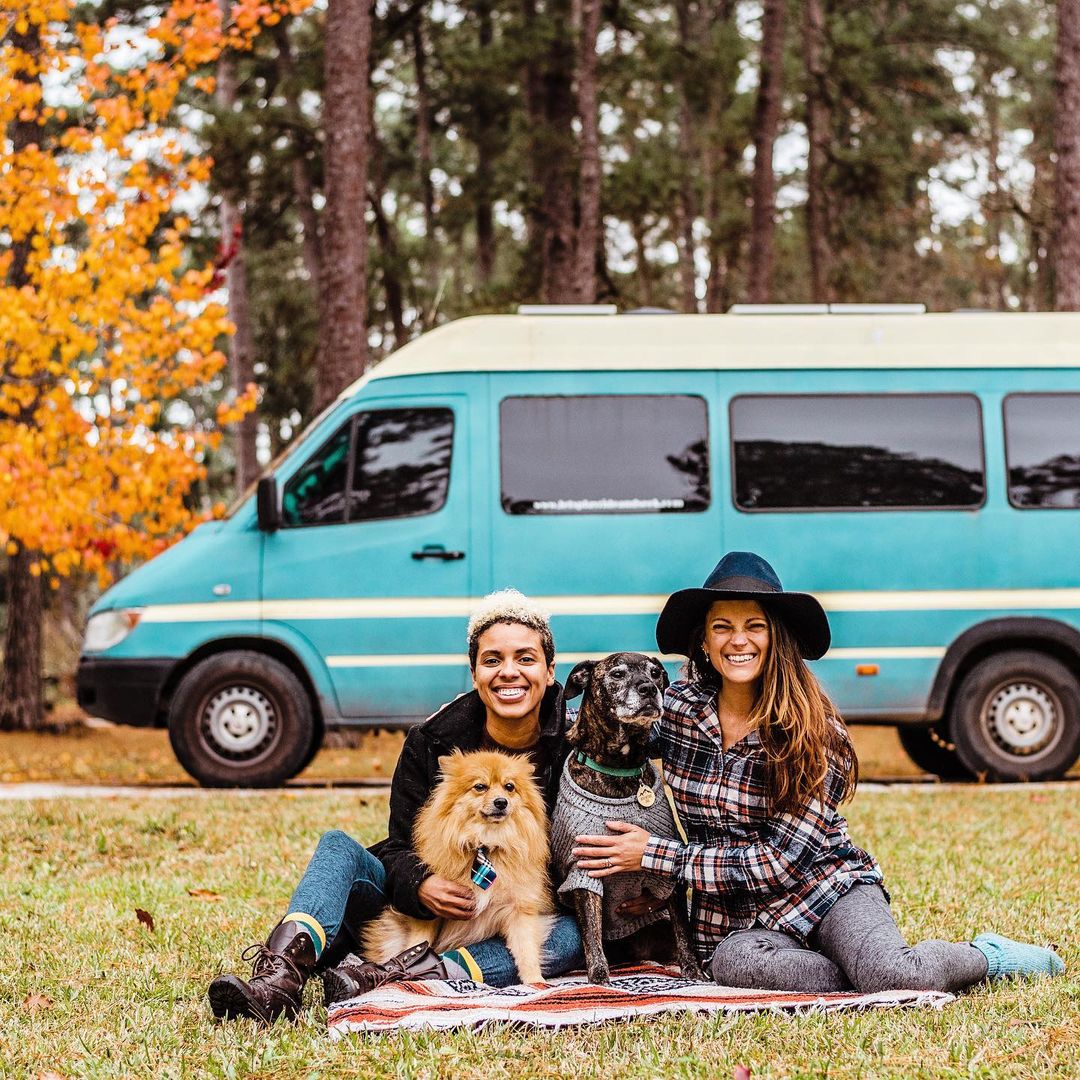 We also shared how this family-of-four completely transform rundown bus into three-bed paradise with an indoor climbing wall to travel the world.

And this woman sold her £150k dream house to live in a VAN – it had its own ballroom but she prefers life on the road.