Home » Fashion » Which Designer Will Kamala Harris Wear for the Inauguration? 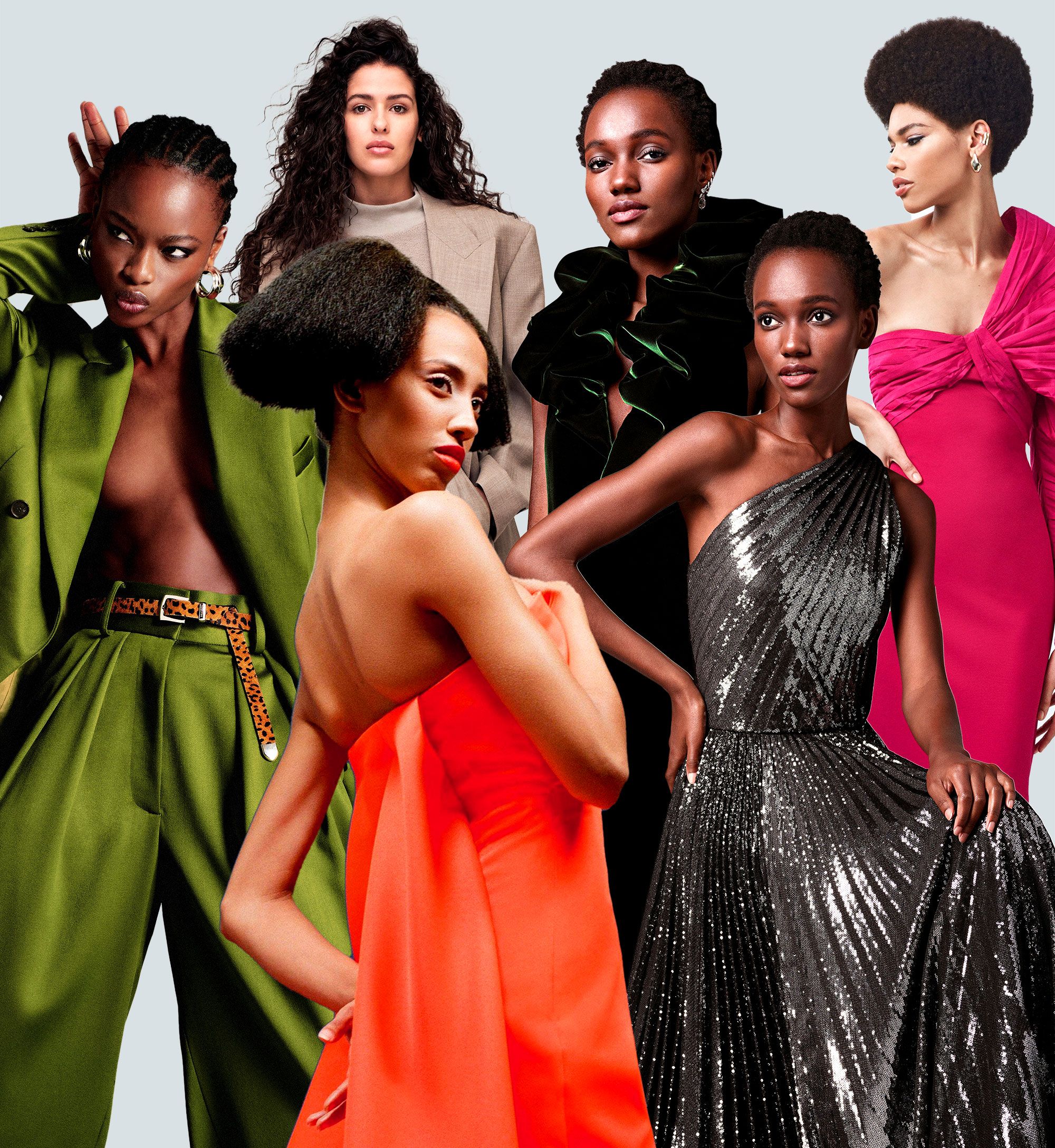 On January 20, Kamala Harris will be sworn in as the first female vice president of the United States of America, marking the first time a Black and South Asian woman will hold the office. The world will be watching, taking note of every detail, from the Vice President-elect’s speech, to what she wears. The words, the clothes, all of it telegraphs a message about what the vice president stands for, the values she wishes to project.

It’s a fraught intersection—fashion and politics—and one that women are forced to navigate more carefully than their male counterparts, subject to far harsher criticism. Harris strikes the right note with ease, preferring well-tailored pantsuits or blazers and jeans, with signature style notes that project a playful and confident personality, like Converse sneakers or Timberland boots, and a strand of pearls as a nod to her sorority, Alpha Kappa Alpha. She understands the symbolism clothes can carry, notable in when she chose to wear an all-white Carolina Herrera suit on election night as a nod to the color the Suffragettes wore when advocating for the right to vote.

On inauguration day, we’ll see the vice president in her most formal looks yet: one to wear while taking her oath of office, and the one she’ll hit the dance floor in at the inaugural ball. While Harris has worn suiting from European labels like Valentino and Max Mara, we’re betting she will wear an American designer for the big day. It will grant that designer a bigger platform and press at a time when American fashion could use the boost. 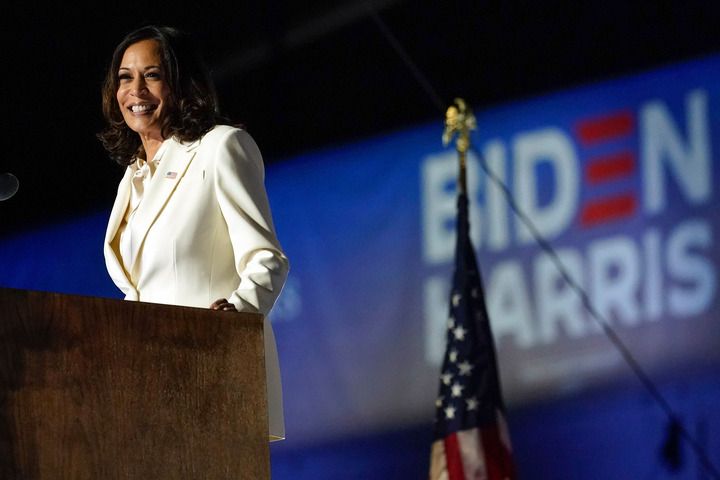 Here are 11 contenders up for the honor of dressing the future Madam Vice President on Inauguration Day and night. 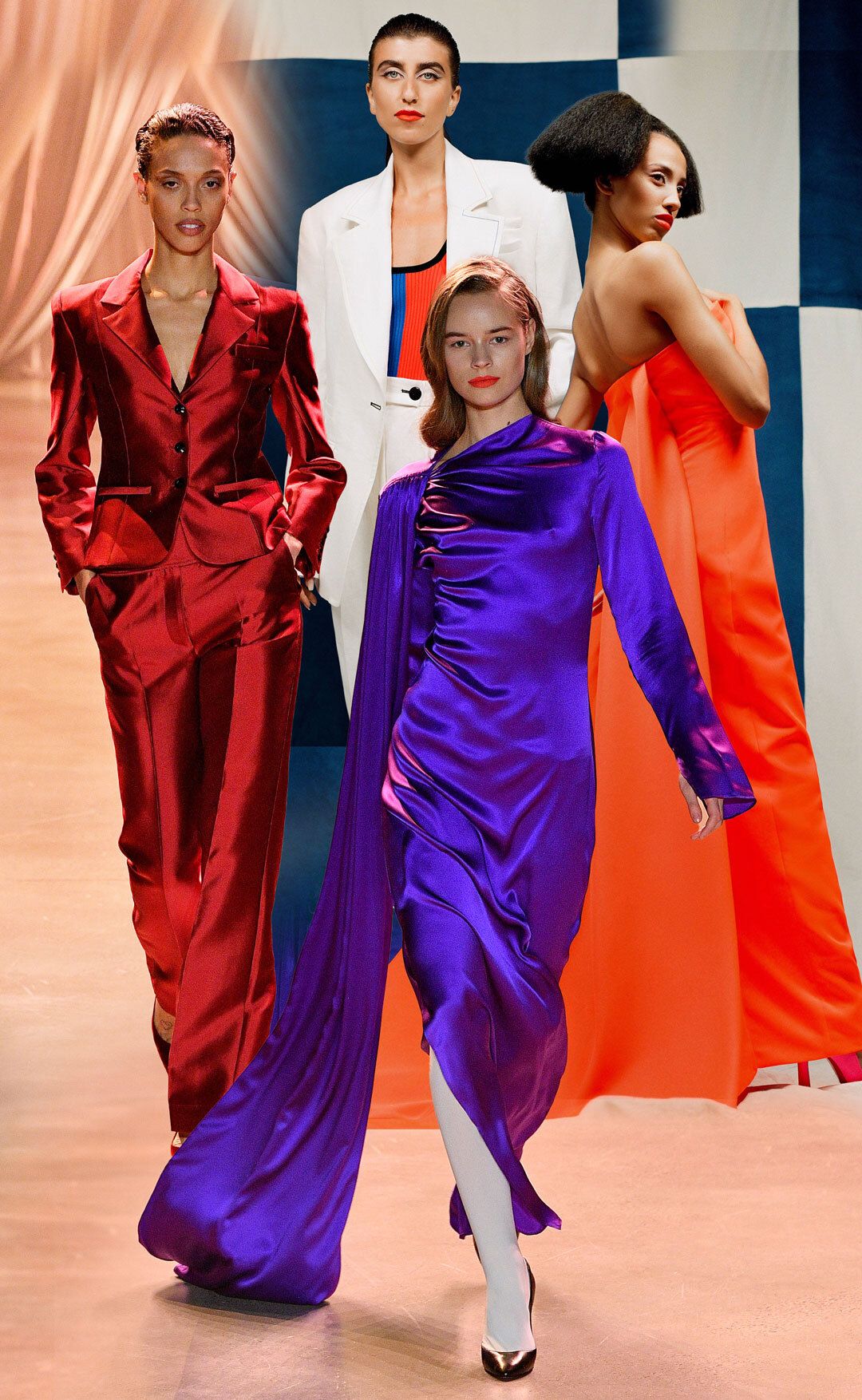 A stellar choice, Rogers is a recent breakthrough designer. He’s young, Black, and a CFDA award winner (favored by Michelle Obama) who uses bold colors and creates voluminous silhouettes that would certainly be a departure from Harris’ usual more staid fashion choices. If Harris chooses Rogers, it would be for the inaugural ball portion of the evening. A surprise—and let’s just say it—a delight. 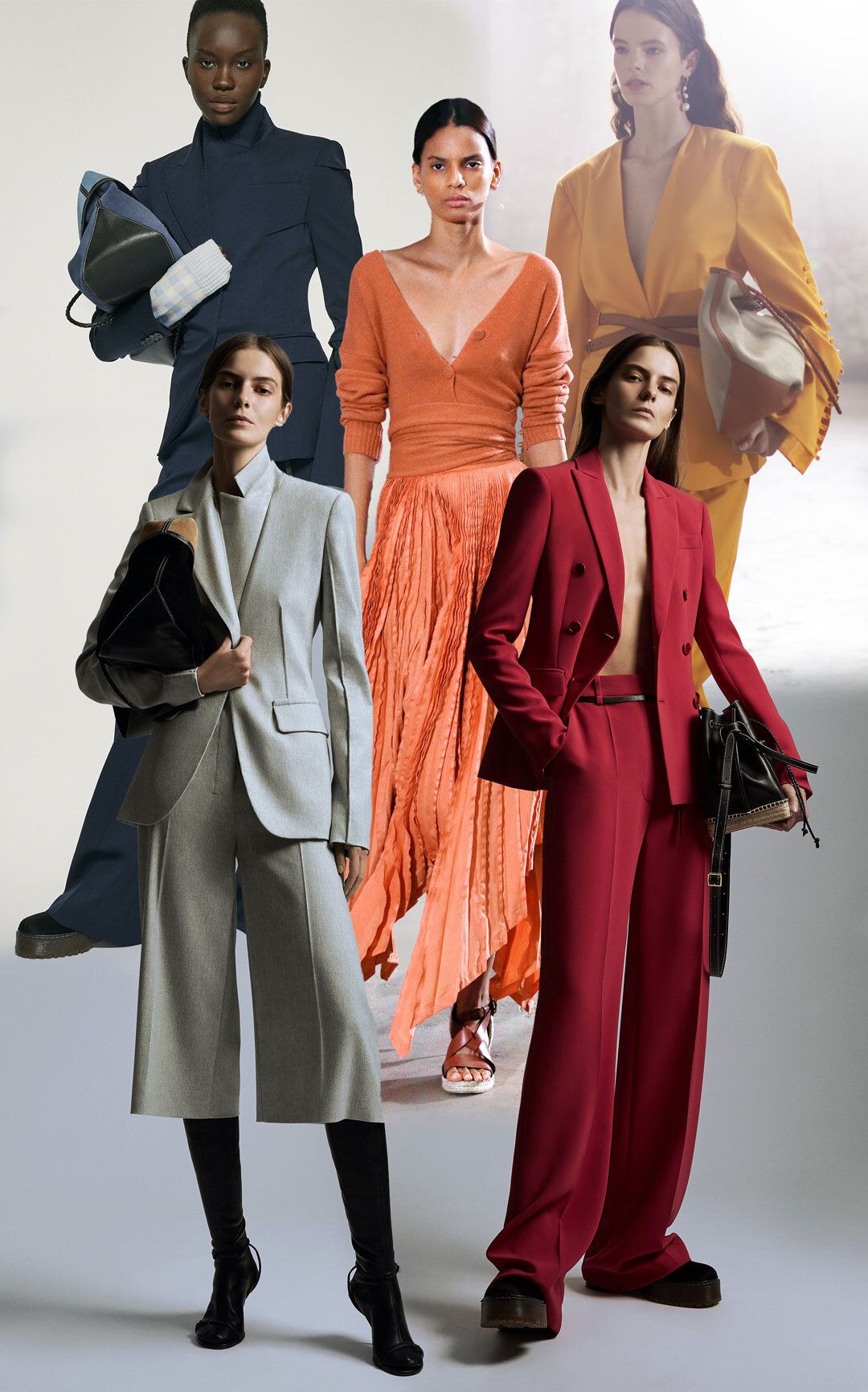 Another New York designer that Ms. Harris has already supported, Joseph Altuzarra would be a natural choice for either a daytime suit or an evening gown. Well known for his deft hand at workwear and cutting a sharp silhouette on a jacket, Altuzarra would no doubt have Harris looking smart on the big day. He’s also notable for having dressed Michelle Obama and Duchess Meghan, women who are known for effortless style. 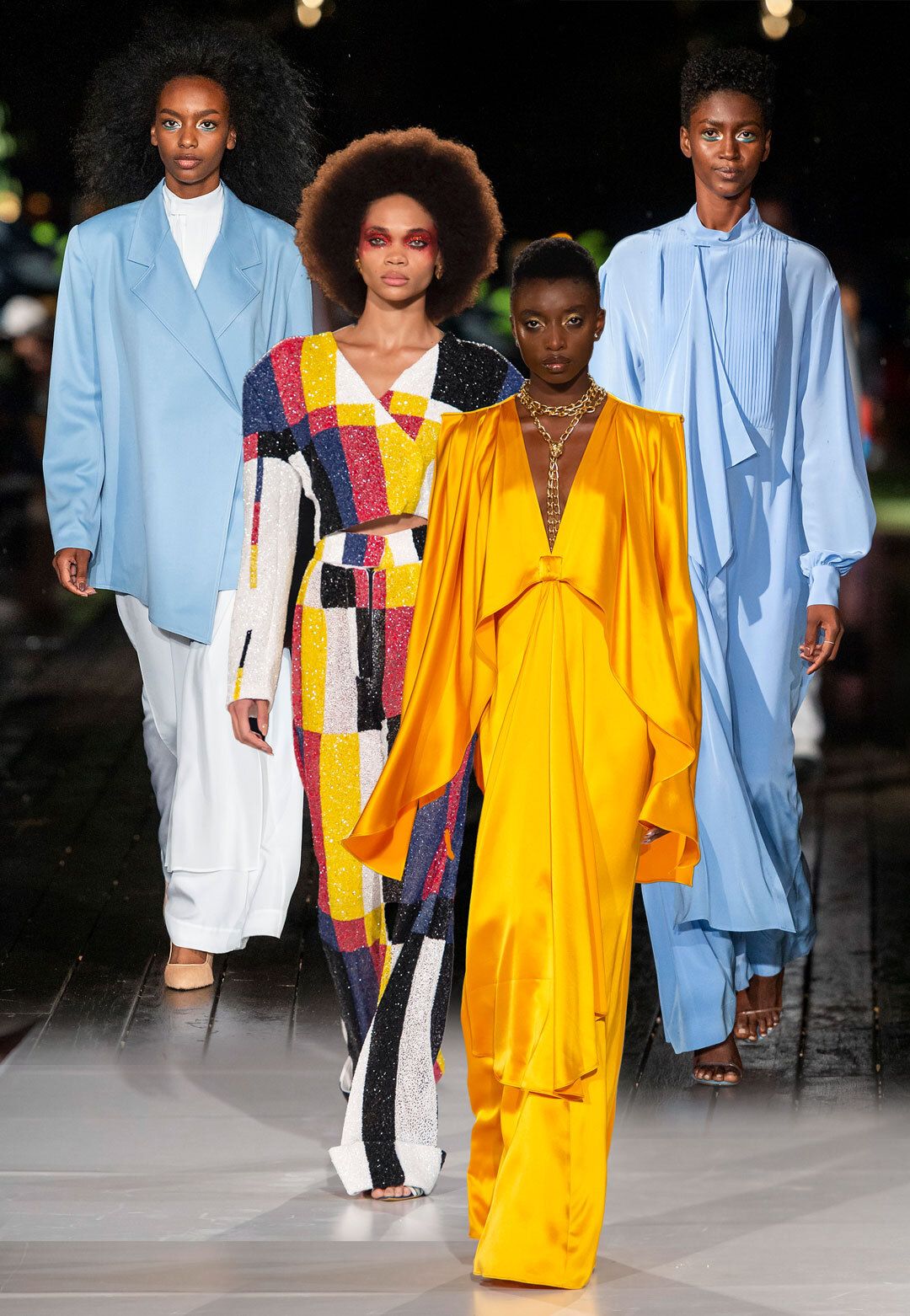 Kerby Jean-Raymond has become a fashion star since launching Pyer Moss, creating beautiful clothing that melds political messages and a celebration of Blackness. Showing collections at Brooklyn’s King Theater and Weeksville Heritage Center, he’s also known for inviting the public to enter the rarified world of runway shows. This unique approach and style that embody an intellectual glamour would make him a great candidate to dress the VP—bringing together two individuals who are breaking the mold in their respective fields. 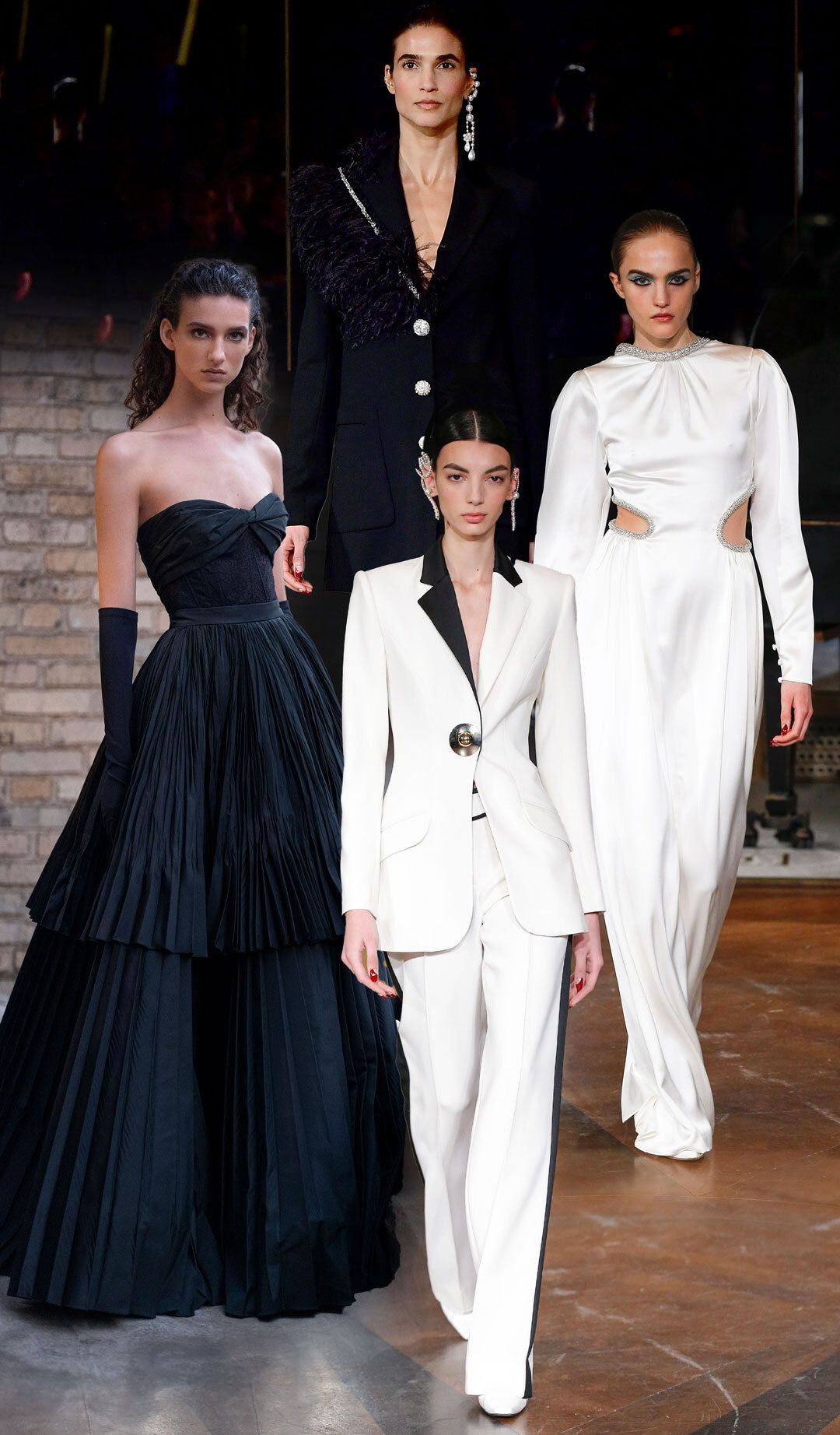 On election night, writer Pierre Alexandre M’Pelé tweeted, “Kamala Harris in a custom Prabal Gurung look at the inauguration would actually be great. There are key similarities between their personal stories, and she loves his clothes already.” We couldn’t agree more. As the tweet suggested, the two share Southeast Asian descent—she is of Indian descent, he is Nepalese. Gurung has fun with color and doesn’t shy from a feather detail, so there’s no doubt he would create a feminine yet pragmatic moment for a daytime suit or evening gown. 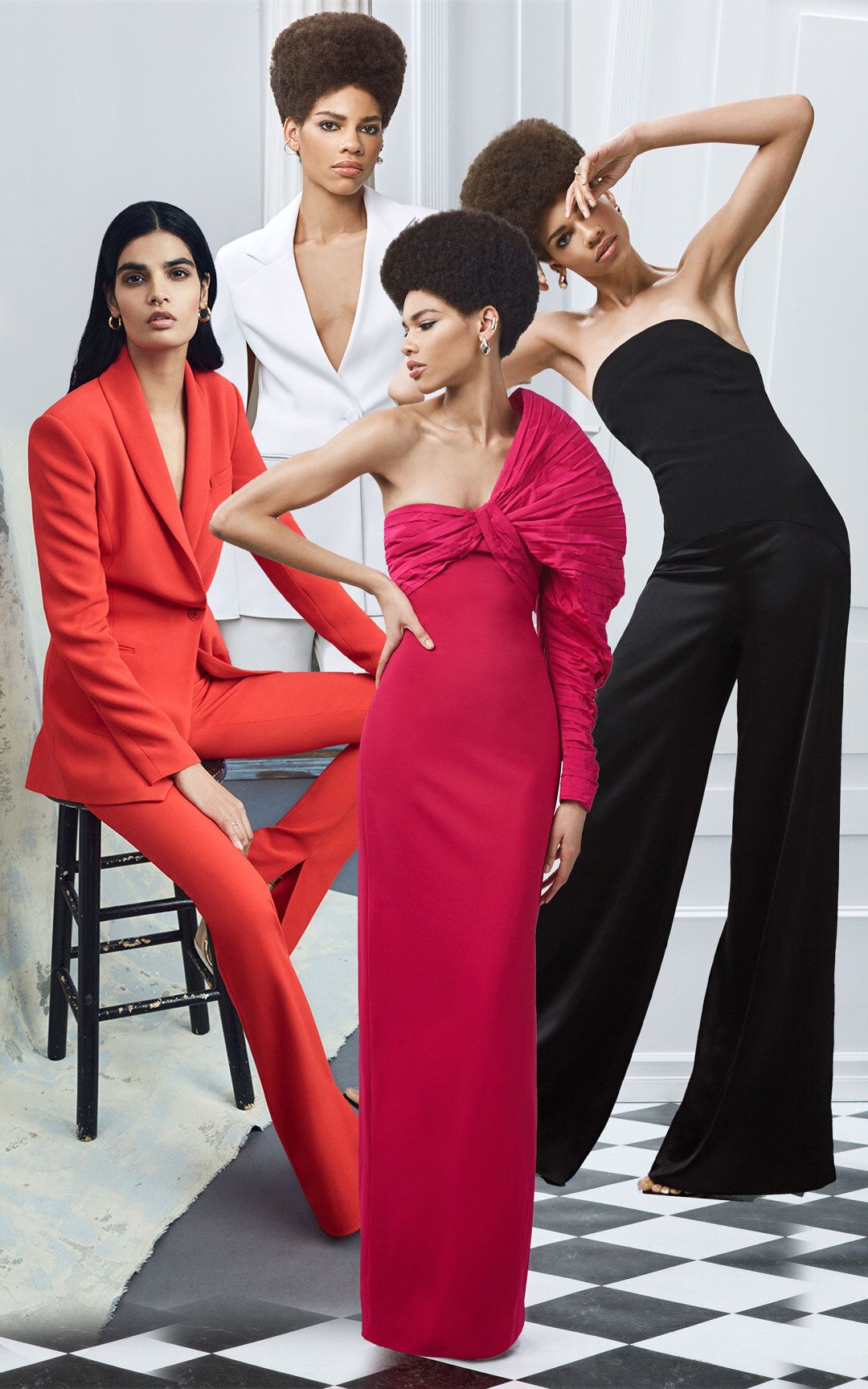 Although Carly Cushnie recently announced that she’s shuttering her namesake label due to pandemic-related economic downturns, we love the idea of a one-night-only reemergence to dress the future Madame Vice President. Both women share Jamaican descent and are drawn to minimal, sleek silhouettes. Though the designer mainly sticks to a palette of black and white, she also works with red, the color of strength, power, and determination—a color choice that would be more than apt. 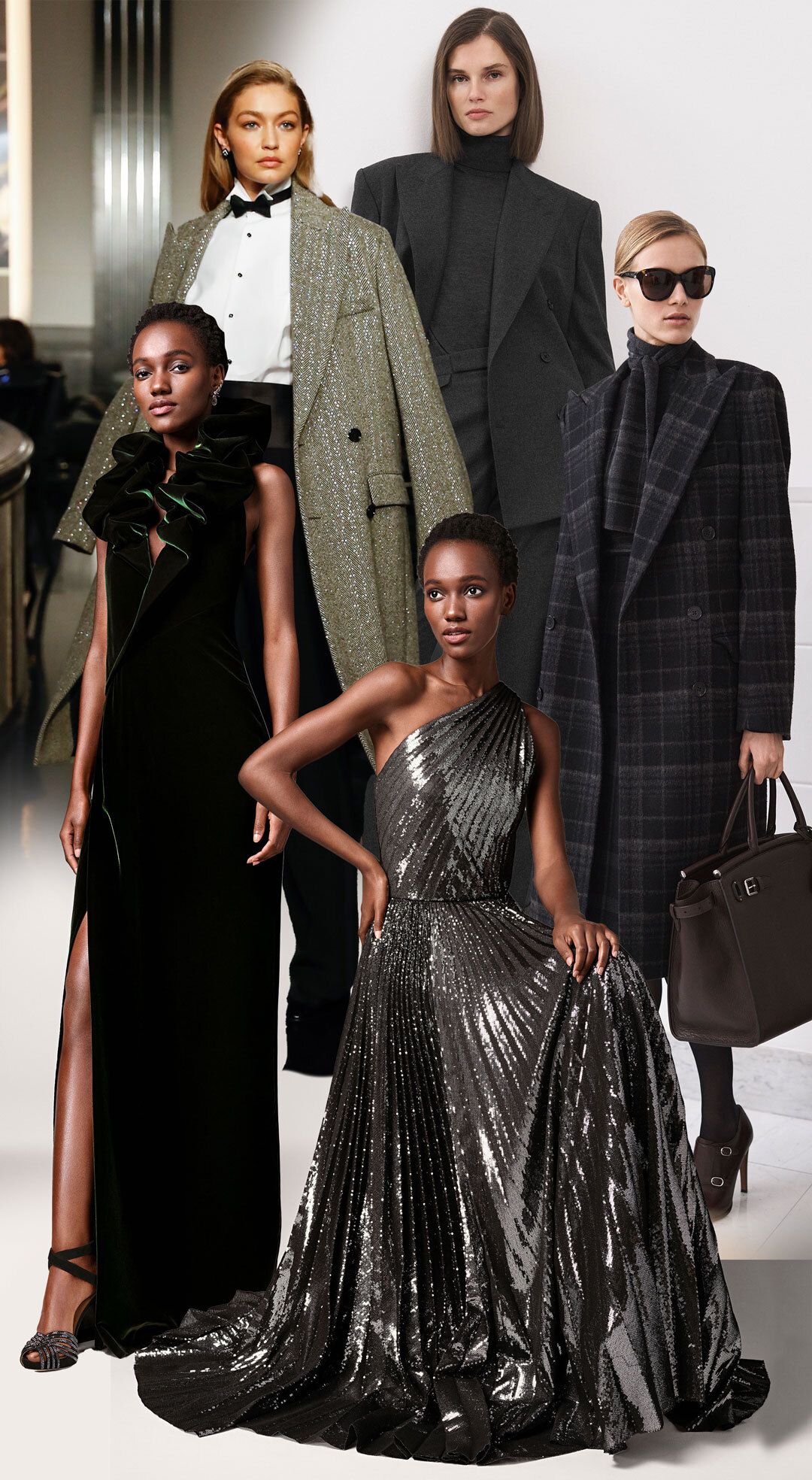 The Bronx-born Lauren is an oft-cited example of the American Dream, which would make him a great designer to be worn for such a notable event as the swearing in of the first woman VP. His designs are classic but always recognizably RL, and he makes killer tuxes for women, or as Hillary Clinton refers to them, fancy pantsuits. 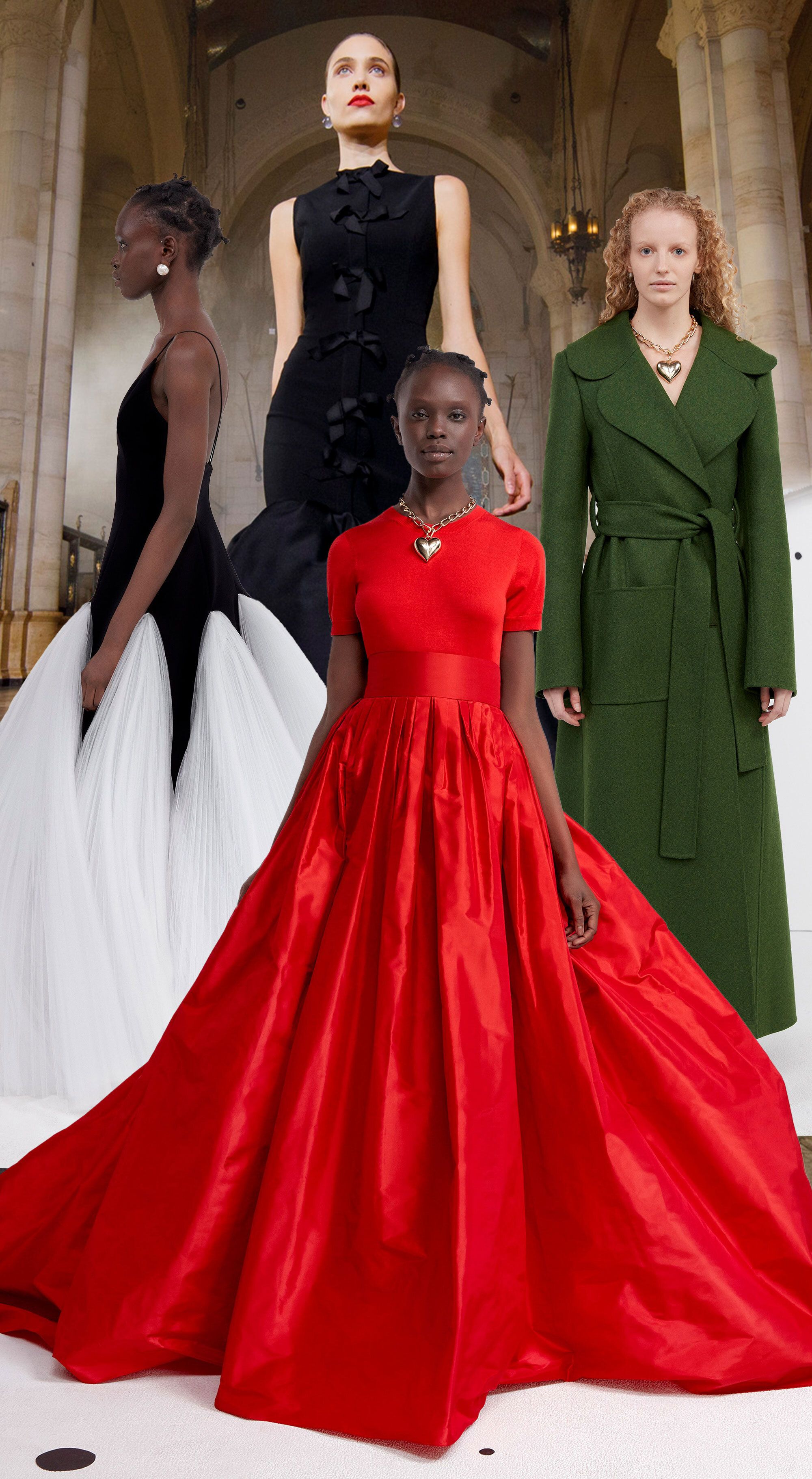 Wes Gordon designed the now-famous white Herrera suit that Harris wore on election night and would be the man behind the custom design should Ms. Harris opt again to wear the brand. The U.S. label is synonymous with refinement, elegance, and undeniable chicness. She could easily wear a suit or a gown by Gordon for Herrera, and create an impactful statement. 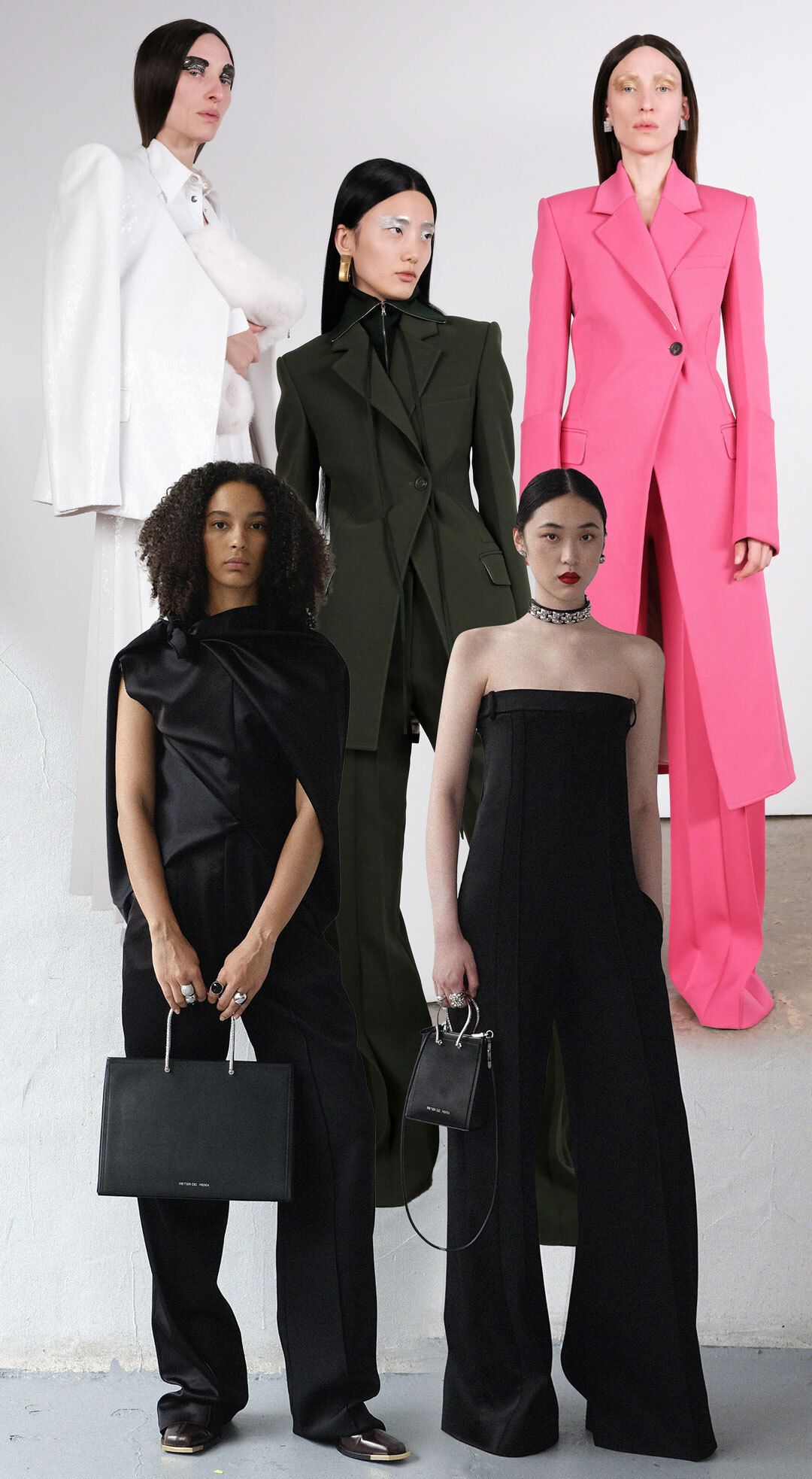 While a pink pantsuit might be too closely associated with another presidential hopeful, any ensemble by Do, who came up at Phoebe Philo’s Céline, would be a surprise twist pick for Inauguration Day. The designer has been creating collections for only a few seasons, but has quickly emerged as a true and unmatched talent. With an emphasis on small business support right now, putting Do on the national stage would be a major win for the brand, and his razor sharp tailoring and unexpected details would be a great match for Harris’s style profile. 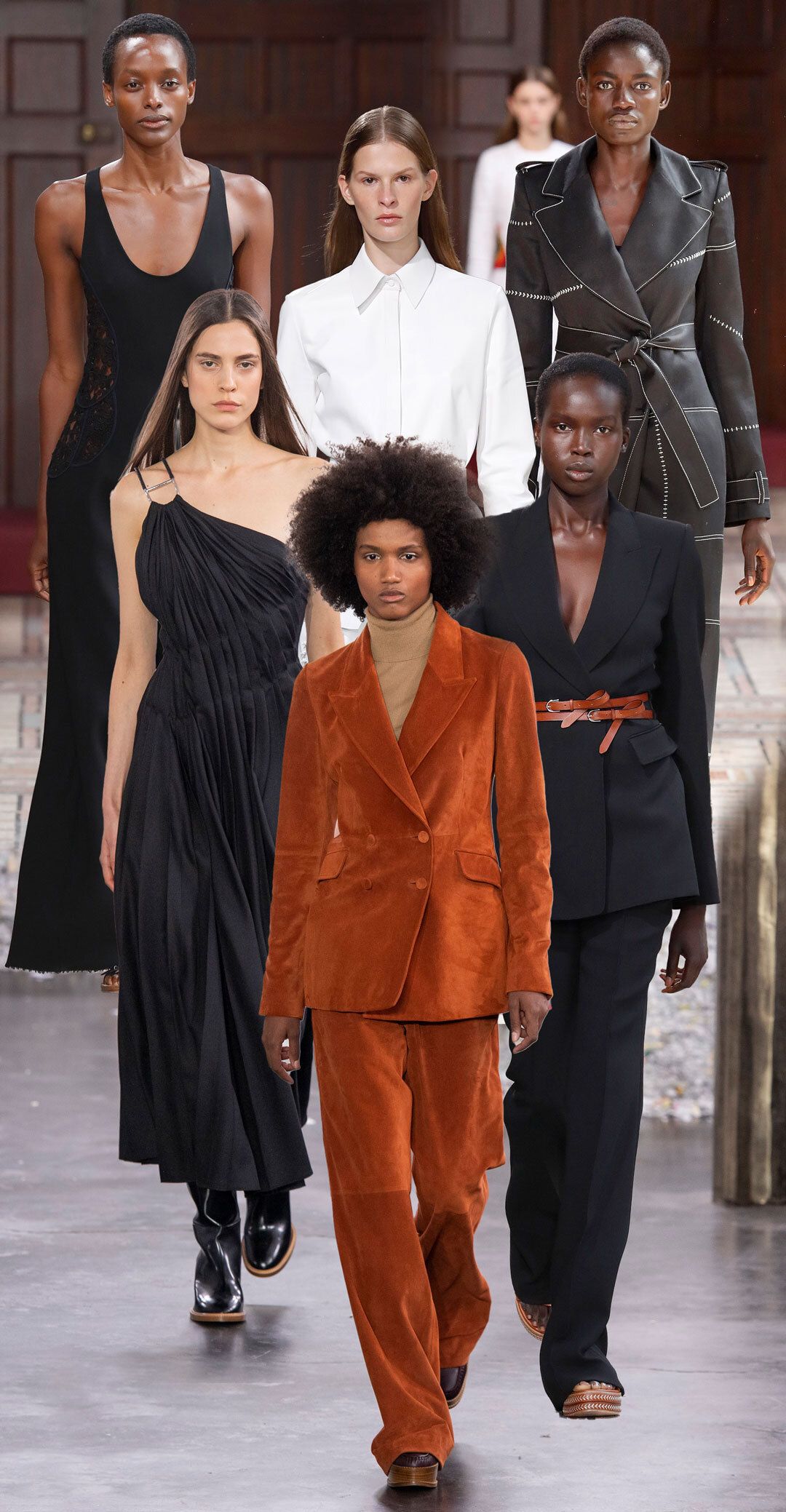 Hearst has proven herself a mindful and respected talent and a major player in the fashion world after launching her eponymous label only a few short years ago. Her clothes are cool and sophisticated, with a light boheme air, and her emphasis on sustainability would be a smart alignment for Harris, who has championed environmental causes on the campaign trail. Hearst was also recently named the creative director of Chloé, and it’s always nice to see two women whose stars are rising come together. 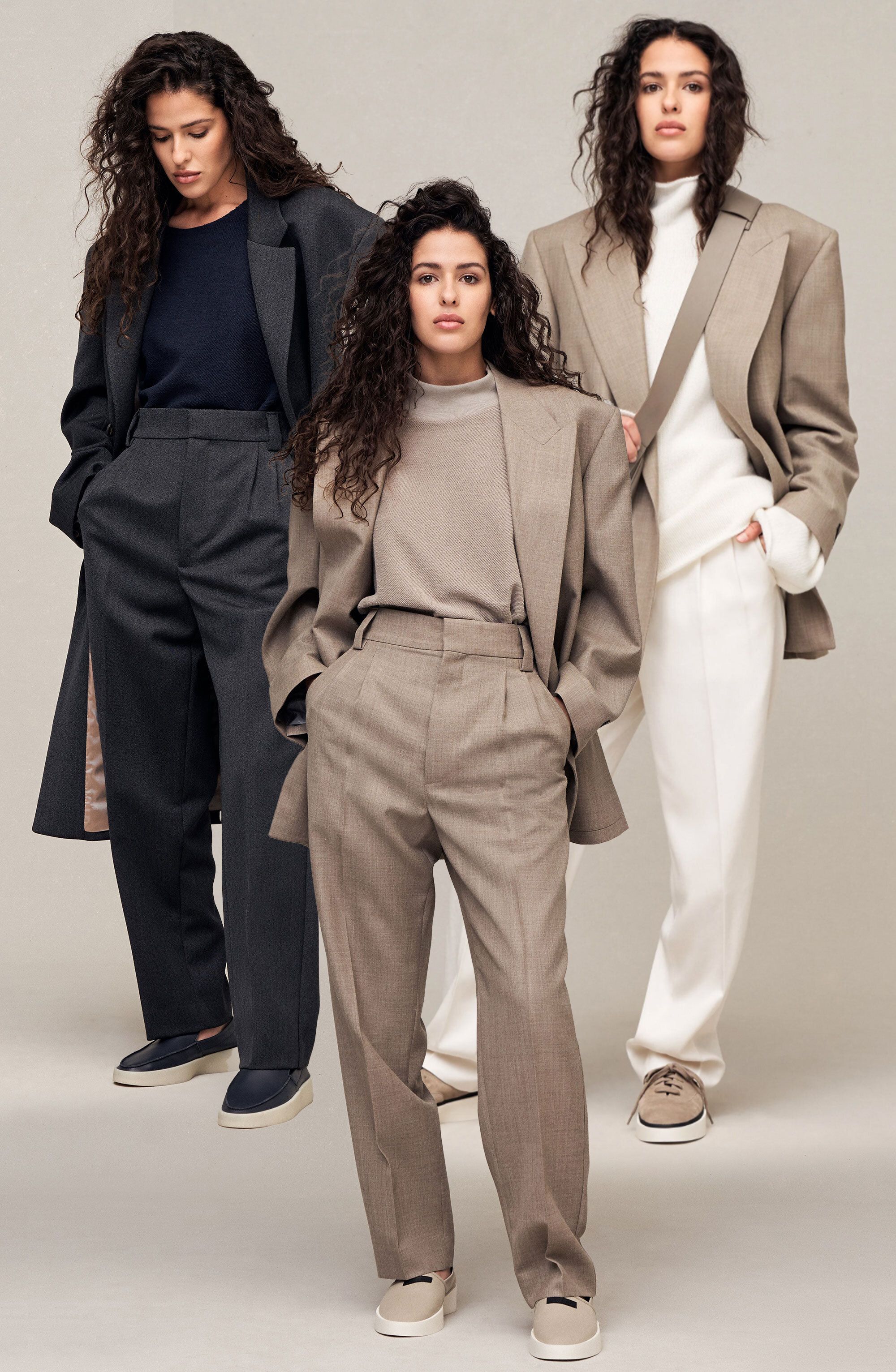 The only Los Angeles–based designer on the list, Jerry Lorenzo, founder of cult label Fear of God, has an approach to cool suits for cool people that would make him an inspired choice. Once mainly a purveyor of streetwear, Lorenzo’s suiting is making waves even at a time when workwear has been put on the back burner. In other words, showing up in Fear of God would be a total boss move. 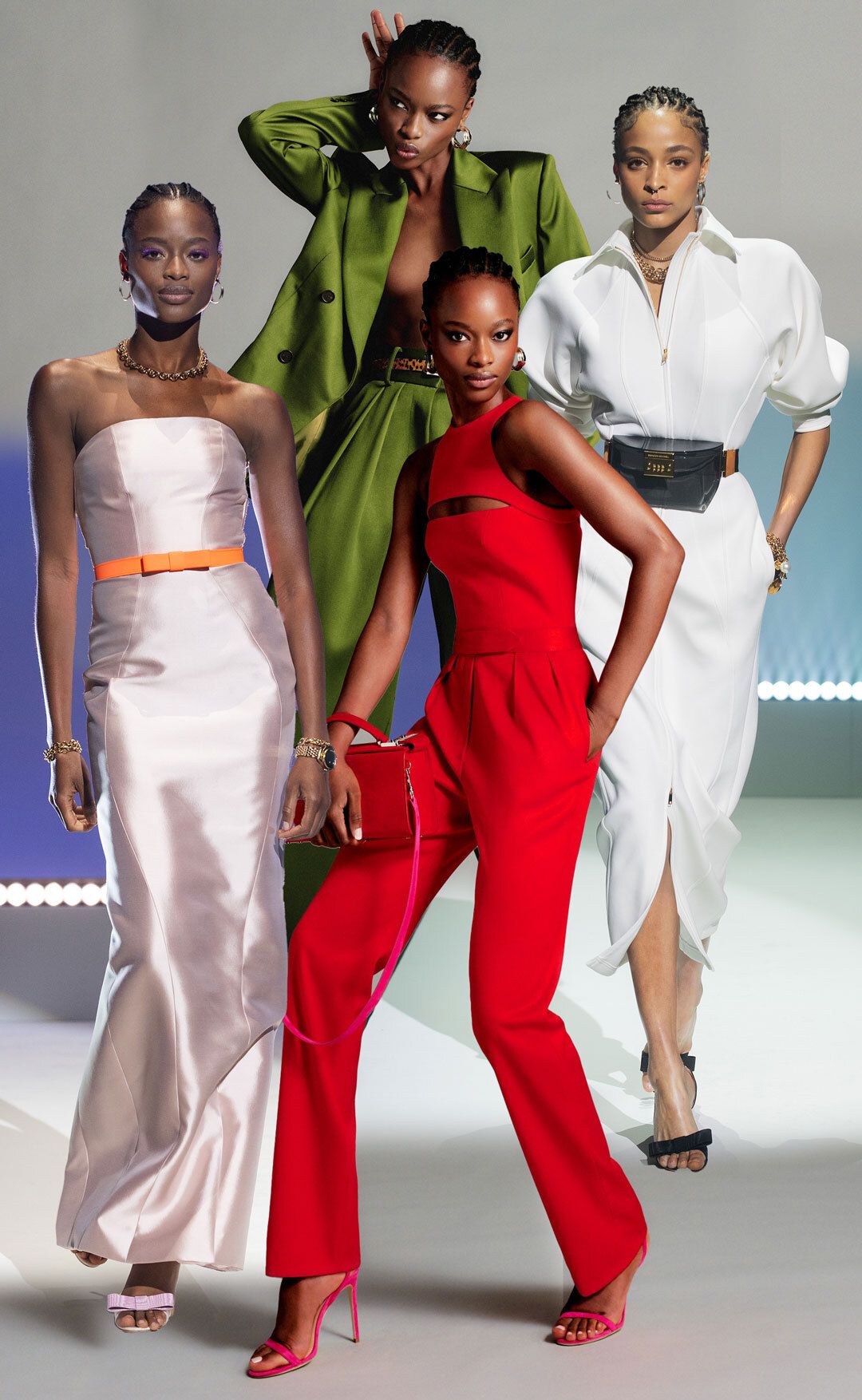 Maxwell is a celebrity stylist-turned-designer— a total pro at crafting looks that relay just the right message. Hailing from Texas and designing with an all American flare, his styles can lean towards sportswear or the dramatic. He loves a pop of color, but keeps the looks wearable and elegant. Having dressed everyone from Lady Gaga to Jennifer Lawrence and Michelle Obama, Harris would certainly be in good company.