Home » Music » ABBA: Their Eurovision triumph made them stars but fame brought its own pressures 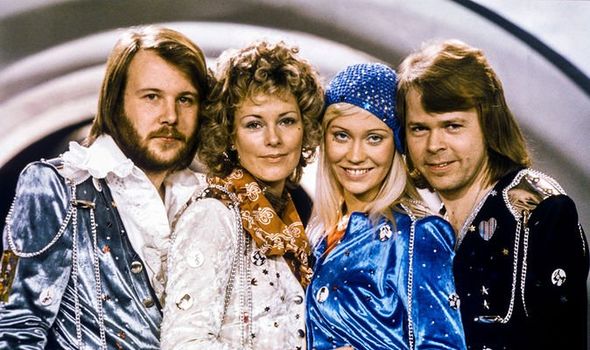 “Only to get an autograph,” promoter Thomas Johansson recalls, “so that [the convoy] of cars would stop! That sums up how totally crazy the whole thing was.”

Everywhere Abba went or were rumoured to be going in Australia, there was a crowd: at the airports, lining the streets, surrounding their hotels, outside the concert venues. There was complete mania on all levels at all times.

They were constantly chased, constantly under surveillance. While helicopters buzzed above, drivers would come up right behind them, beside them, in front of them, in the middle of the road, even straight ahead at oncoming traffic – anything for a glimpse of Abba.

“At the same time they held their children out of windows for a better view – at 90 miles an hour!” remembered sound engineer Claes af Geijerstam.

“We just sat there in the limousines, completely powerless, and watched people risk their own and their children’s lives.”

It was pure luck no one got seriously hurt. “I was often worried that someone would get run over when they threw themselves in front of the car or hurled themselves at it and began pounding on it,” blonde singer Agnetha Fältskog recalled.

“Sometimes it got frightening, when we were forced to use excessive speed to get through the crowds.”

Since Waterloo had propelled them to stardom three years earlier, Abba had become a worldwide phenomenon. The band were already millionaires.

n the UK, for two concerts at the Royal Albert Hall, there were 3.5 million ticket applications for the 12,000 tickets available. They’d had three consecutive number ones and their Greatest Hits had sold 1.25 million copies, spending 11 weeks at the top of the charts. In the US, where success was slower, the same album had gone platinum.

But Australia topped the lot. A TV special had been watched by more people than viewed the moon landing in 1969. After all the hype, their first concert at the Sydney

Showground in front of 20,000 people, was disastrous.

Heavy rain reduced the grounds to a quagmire. Seats weren’t numbered so fans queued for 24 hours for the best spots. During Waterloo, Anni-Frid “Frida” Lyngstad slipped and fell, bruising her hip and injuring two fingers, but soldiered on.

“We could have been electrocuted… but we were determined to play because people had waited for hours in the rain.”

The group’s white costumes, illuminated by 120,000 watts of overhead light, attracted thousands of large bugs. Benny Andersson’s white piano turned black with insects One crawled down into Agnetha’s cleavage as she sang SOS.

“I actually panicked a little. I turned my back to the audience, put my hand inside, got it out, and finished the song.”

The band moved on to Melbourne, where the hotel manager cut up the sheets they had slept on and distributed them under the offer “Sleep with Abba!” The group had no say in it.

Even at home in Sweden they suffered unwanted attention. Married couple Agnetha and Björn were forced to move house to a remote waterside villa after fans invaded their previous home.

Engaged pair Frida and Benny suffered similar scary incidents, made worse because their children from previous relationships lived with them. One night they were woken by noise from the kitchen.

They tiptoed downstairs to find people on their porch. A family from West Germany had put up a camping table and were having coffee in cups they had borrowed from the kitchen. “In that respect I’m damaged,” Frida said, “it was rough for my children.”

For Frida, fame brought an unexpected encounter of a very different kind. In 1977 the niece of Alfred Haase, the German soldier who had left her pregnant mother in Norway when the Second World War ended, read an interview in which Frida talked about her father. A meeting was arranged and Alfred arrived with a bouquet of flowers.They looked over old photos.

However, despite Frida’s initial joy, the reunion proved to be short-lived.

“I prefer to spend my time with people who won’t let you down,” she said curtly.

That was not the only relationship floundering.

Although Agnetha and Björn celebrated the birth of their second child, Christian, in December 1977, the cracks in their marriage were growing.

Shouting matches previously confined to their home were now happening in the studio. It reached the point where Björn didn’t even want to see his wife. “When I found that I no longer wanted to go home in the evening and would try to delay it as late as possible, hoping that Agnetha would have gone to bed, then I knew I had to do something about it.”

Ironically, their split coincided with Benny and Frida finally getting married after a nine-year engagement.

In October 1978 without telling anyone – Björn and Agnetha included – the pair wed in a church near their home. Only their children were present.

“Once we had made the decision to part it eased a lot of tension in the group,” Björn claimed. “It helped Abba in the end, even though we knew it would get a lot of attention. The split had to come. It was a case of a parting of two egocentrics.”

Björn was only a bachelor for a week. He quickly grew close to Lena Källersjö, who worked in advertising and whose slim figure and blonde features were not unlike those of Agnetha.

He could not see why the band could not carry on as usual but for Agnetha the prospect of another tour was torture.

“Björn and I had separated and I had torn myself away from the children. I just wanted to go home, home, home. But I had no choice. I had no one to talk to. So I mourned alone. The whole time I ached inside for the children and from homesickness.”

On October 3, 1979, the day after Abba’s triumphant sold-out concert at Radio City Music Hall in New York, their private jet, which once belonged to eccentric billionaire Howard Hughes, flew into a bad storm on the way to Boston and made an emergency landing. For Agnetha, who suffered from a fear of flying, it was horrific. “I prayed to God I wouldn’t die,” she said.

Things didn’t improve when Björn asked her to sing lead vocal on his new song The Winner Takes It All. He was drunk when he wrote the lyric, about a relationship breakup, in one hour.

When she read the lyrics tears filled her eyes, but Agnetha put in unquestionably her best ever performance on record and it became one of Abba’s biggest hits, their first number one on the UK charts in nearly three years.

Then, after only two years of marriage, Benny and Frida’s relationship also collapsed.

Tour manager Bosse Norling remembered one row. “Frida got so mad that she scratched Benny on the face. He came to me and said, ‘I can’t take this’.” A room at another hotel was arranged for Benny that night, and the morning after everything was fine again. With a little make-up no one could notice the marks on his face.”

Although Abba enjoyed success throughout the 1970s, by the time their album The Visitors was released in 1981, their star was waning. In 1982, they appeared on BBC TV’s The Late Late Breakfast Show with Noel Edmonds. No one knew it, but this was to be the group’s last ever collective appearance as a musical entity.

The door to their life as Abba was slowly closing. For Benny and Björn there was life after Abba.They co-wrote the musical Chess, with Tim Rice.

The Elaine Paige/Barbara Dickson duet I Know Him So Well was a UK number one for four weeks, and Chess ran for almost three years in the West End.

While Benny found love with TV reporter Mona Nörklit, by 1984, Björn, Lena and their daughter, Emma, moved to England, settling into a stately mansion in Henley-on-Thames.

Frida had also moved to the UK but left London when she completed a remarkable transformation from pop princess to actual royalty. Her new husband was Prince Heinrich Ruzzo Reuss von Plauen, 35, a German prince.

The couple lived quietly together in Ruzzo’s mansion in Fribourg, Switzerland, until he died from cancer in 1999.

Agnetha’s personal life was also beset by heartache. By the Nineties she had cut herself off from most old friends. In 1990, she married surgeon Tomas Sonnenfeld at a lowkey wedding but in less than two years the pair filed for divorce.

She then found herself in a bizarre ordeal that almost defied belief.

As she approached her 50th birthday in April 2000, it was revealed she’d called police over a stalker, a 34-year-old Dutchman named Gert van der Graaf, who had fallen in love with her aged eight while watching the Eurovision Song Contest.

At his subsequent trial, she admitted they had enjoyed a full-blown love affair.

“His courting of me was very intense and went on for a very long time. In the end I couldn’t resist him anymore,” she told the court. “I wanted to get to know him. We began a relationship.”

The fascination with Agnetha continued unabated and did nothing to alleviate the now widespread impression she was a forlorn figure. She has remained Abba’s most popular and intriguing member.

If the general consensus in the Eighties was that Abba were uncool, the Nineties saw their revival. The Abba Gold greatest hits collection sold 30 million copies worldwide and the success of Mamma Mia! on stage and screen paved the way for this year’s stunning comeback.

As the world prepares for the next chapter, Björn has described Abba’s history as “insane”.

He said: “It did happen, but write our story as a piece of fiction and no one would believe it was true.”