Home » Music » Lizzo Says New Album 'Could Be a Grower, Could Be a Shower'

Lizzo’s new album Special will drop on July 15 and she’s ready for the world to hear it. The “Truth Hurts” singer just released the first single from the album, “About Damn Time.” Lizzo also recently hosted Saturday Night Live, where she acted as both the host and musical guest.

As if she doesn’t have enough on her plate, Lizzo recently launched an inclusive shapewear line, Yitty. In a revealing new interview, she shared her thoughts on love, fear, and making the song of the summer. 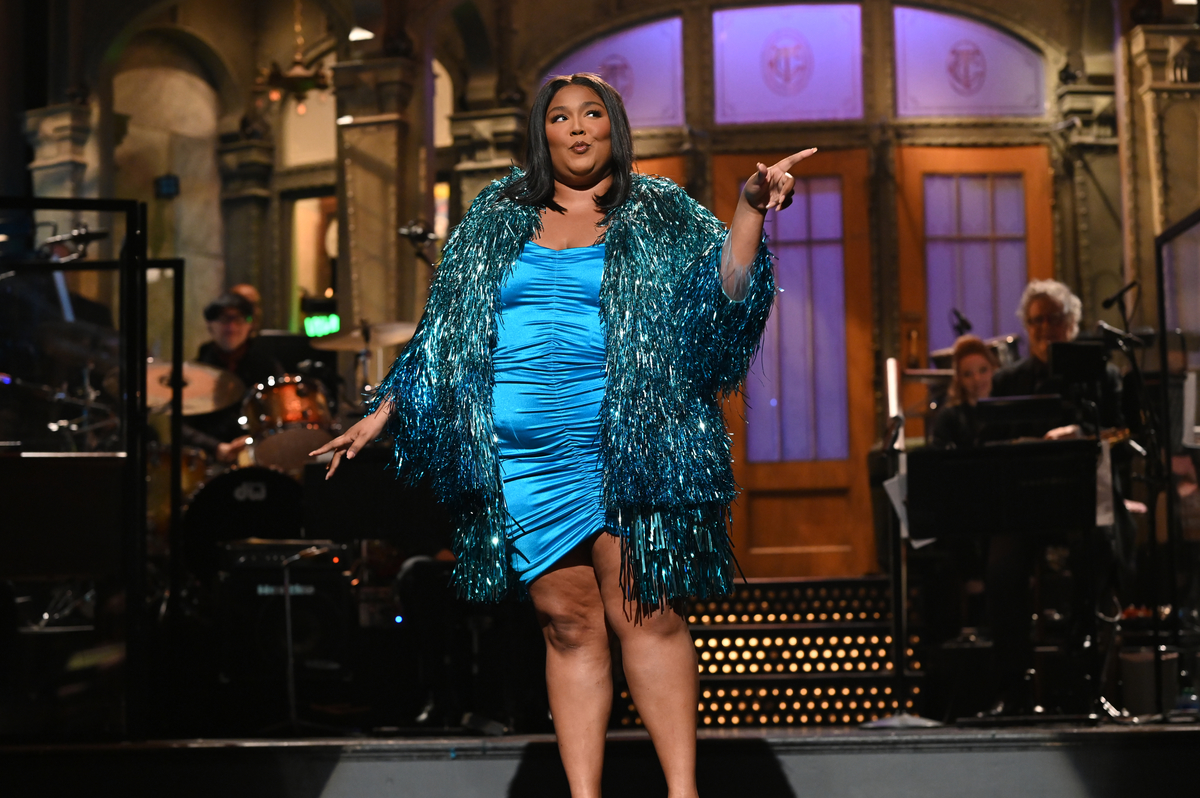 Lizzo Says Special ‘could be a grower; it could be a shower’

Lizzo is ready for people to hear her new music. The singer, rapper, and television host recently sat down with Apple’s Zane Lowe to discuss her new album. Special will drop on July 15.

Not one to hold back, the hilarious Lizzo told Lowe her new album “could be a grower, it could be a shower. I don’t care, it’s good.” She feels confident that “once people discover it, it’s going to make them feel good and them know what’s up.”

Lizzo has reason to feel confident since her success with “Truth Hurts” came almost two years after the song was released. After the song hit No. 1 on the Billboard 100 chart, Lizzo’s career has been a whirlwind. Fans found other early works like “Juice,” “Tempo,” and “Good as Hell.”

Lizzo discussed her inspiration for Special. She wanted this album to focus on all aspects of love. “I’m writing songs about love from every direction, and I hope that I can turn a little bit of the fear that’s been running rampant in this world energetically into love.”

She continued to share her hopes for the album. “I had a lot of fear, and I had to do the work on myself, and this music is some of that work in turning that fear into love. I hope that when people listen to this album, it makes their day just a little bit better, a little bit more filled with love.”

On April 16, she debuted the emotional title song, “Special,” on Saturday Night Live.

On April 15, Lizzo dropped the first single from her upcoming album, “About Damn Time.” She started her campaign for song of the summer with a funky disco-inspired track that falls in line with her previous smash hits.

Lizzo feels confident she “made the song of the summer” with “About Damn Time.” She told Lowe, “I’m in my bag, and my bag is music. I’m good at music. It’s what I do.”

In the music video, her signature personality shines with humor and sass. Lizzo starts at a “stressed and sexy” support group before transforming into a disco queen. The feel-good song could very well live up to her prediction of song of the summer.