“What I’ve learnt is that it’s important not to allow yourself to spiral,” he says. “It’s very easy to get a negative thought and then to obsess about it and to let it take you down.

“You need to find your triggers and you need to break the moment and do something else and leave that thought behind. It’s really important. It’s almost like you’re tricking your own mind. But it’s easier said than done.”

It is something Michael has had to work hard at, having been dogged by anxiety since Cameron Mackintosh first cast him as Marius in the original London production of Les Miserables in 1985. After suffering from glandular fever during the show he was forced to take six weeks off, but when he returned he began to suffer on-stage panic attacks.

Shortly afterwards he met Cathy McGowan, TV presenter and star of the sixties pop show Ready Steady Go! As their relationship progressed, rather than seek professional help, he confided in Cathy, who is 20 years his senior. Today she is still the one he talks to when he is feeling low.

“I’m anxious all the time, but that’s my private self,” he explains. “That’s me behind the front door, that’s me with Cath talking about things.

“I think positivity breeds positivity. I like to engender that in other people, Ialways expect the best of people and I try to be a positive person myself.” 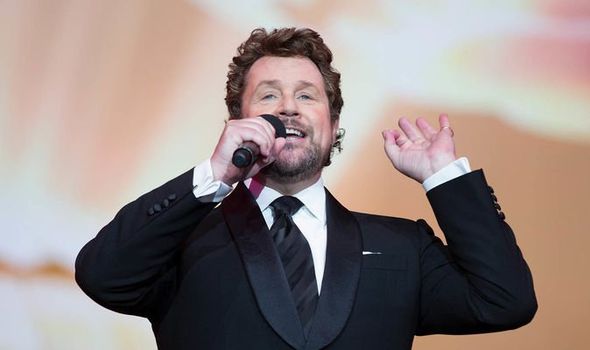 Certainly Michael has a lot to be positive about. He has had a better lockdown than most in his industry, continuing to present his Radio 2 show, regularly guest presenting on BBC TV’s One Show and having a hit fundraising record with the late Captain Sir Tom Moore. His illustrious career has seen him awarded an OBE and represent the UK at the Eurovision Song Contest.

In recent years he has become well-known for his pairing with opera singer Alfie Boe. The duo have recorded three albums together and have a nationwide arena tour planned for November and December. But recently Michael has been concentrating on a solo project – a new album made during lockdown and recorded almost entirely from his London home.

We Are More Than One features 14 tracks, 10 of which he co-wrote, a new departure at the age of 58. Michael watched videos to teach himself how to use Apple’s Logic Pro online recording studio, and then twice a week he would get together online with singer-songwriter Amy Wadge to write and record.

“This is 100 percent my most personal album to date,” he says proudly.

“I’ve invested so much love and time and so much of myself in it. The lyrics are personal to me, or to people I know, or to experiences I’ve had. Without doubt, it’s me there on the record.

“But it’s not a competition as to who’s made the best use of their time during lockdown, who has lost weight, or who has put on weight,” he says firmly. “I’m in the latter category – yeah, in a big way!” 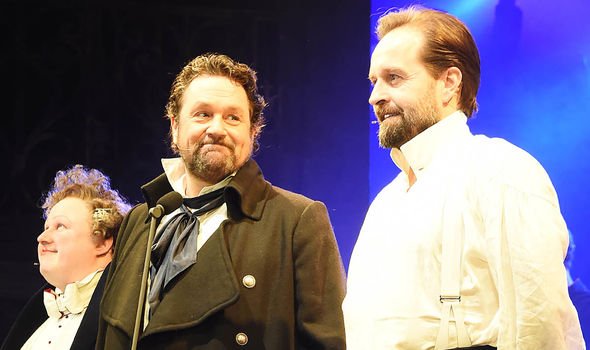 Michael’s stage career has seen him star as Raoul in The Phantom of the Opera and also reach Number Two in the singles chart with Love Changes Everything from the 1989 musical Aspects of Love.

It wasn’t until last year however – and his pairing with Captain Sir Tom – that he achieved his first Number One hit, when they recorded You’ll Never Walk Alone with the NHS Voices of Care choir.

Michael came up with the idea of a duet after Sir Tom appeared as a guest on his weekend Radio 2 show to talk about his attempt to raise funds for the NHS, by walking 100 laps of his garden before his 100th birthday.

“The response from the listeners was instant. They were captivated by him and £200,000 was made in that hour that he’d been on the radio,” Michael recalls.

“I had the idea for the record. Everyone pulled the stops out and within 15 hours from me having the idea that I wanted him to get to Number One for his 100th birthday, the record was on sale.”

The single was recorded remotely, but Michael made a surprise visit to Sir Tom’s home and they met for the first time in his garden. “That was the first time I really got to know Tom,” he recalls with a smile. “We were two metres apart, but it was just us together. It was magical.”

Sir Tom, who died in February, went on to raise more than £32million for the NHS and was knighted by the Queen. “It all snowballed and the millions started rolling in. I felt a real part of the beginning of the story,” he smiles. His next big job will be reprising the role of Edna Turnblad in the musical Hairspray which is due to open at the London Coliseum in June. He has also just been signed up to present a travelogue for Channel 5 about Wales.

“I’m half Welsh and very proud of my Welsh heritage,” he says. “I’ll be exploring my roots, the amazing countryside and the fabulous people. It’ll be something different, but it’s something I enjoy – meeting and talking to people.”

Beyond that, his outstanding ambitions include a starring role on Broadway. “I’ve done Broadway a few times but never in a smash-hit,” he chuckles. “I’ve loved the trajectory of my career though. I’m still getting new challenges. I never thought I’d have a Number One and there’s been all the stuff with Alfie; who’d have thought I’d be selling out the O2?

“It’s a constant surprise and I’ve been doing it long enough, and there have been enough ups and downs for me to smell the roses, and just be really grateful that there are still people who want to listen to the things that I do.”

He’s certainly come a long way from the hopeful young actor who made a very brief TV debut back in 1985 in Coronation Street. 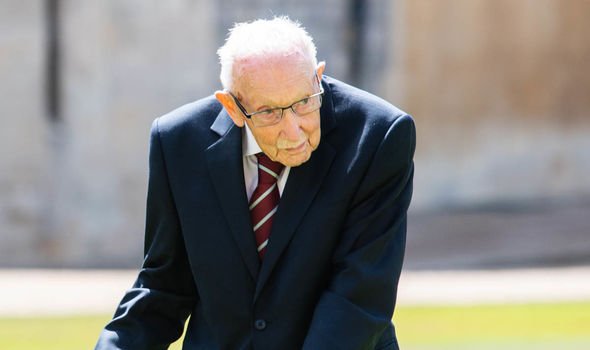 “My family had two ambitions when I left drama school,” he recalls. “My dad said he would believe I’d made it if I ever joined the Royal Shakespeare Company and my gran in Wales said, ‘Mike, if you were ever in Corrie, my life would be complete.’

“I left drama school and auditioned for Les Miserables at the RSC and I got that and then met the Coronation Street casting directors.”

Michael was offered two episodes, playing the posh, tennis-playing Malcolm Nuttall, who fell out with Kevin Webster in a row over a girl.

“It was brilliant; it was a joy to go into the Rovers and meet everyone,” he beams. “I wore tennis shorts and had pirate bouffant hair and Kevin Webster beat me up!”

Fast forward 36 years and Michael is now one of our biggest musical theatre stars, but perhaps he could still find time in his diary to return to the cobbles as a different character one day?

“No! I want to be Malcolm Nuttall, I’m already established, I’ve got a fan base,” he chuckles. “That would be fun wouldn’t it?”