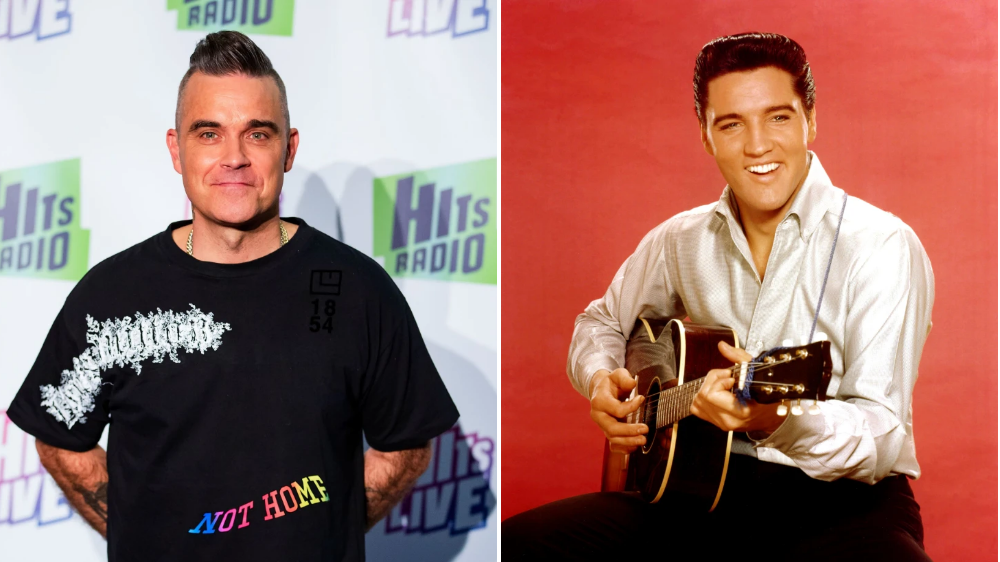 Robbie Williams has stormed the charts with his latest album and has beaten the record set by Elvis Presley in UK music history.

The former Take That star’s LP XXV has topped the UK’s Offical Charts, becoming the 48-year-old’s 14th album to reach the top of the charts,

The position means that the Angels singer has overtaken the King of Rock and Roll’s previous record of 13 number one albums, making him the solo artist with the most albums to climb to the top of the UK charts ever.

Now, The Beatles are the only act in the UK to score more number one albums than Robbie, with 15 albums to hit the number one spot.

Meanwhile, the overall record holder for an individual with the most number one albums is Paul McCartney who has racked up a staggering 23 across his career in The Beatles, Wings and as a solo act.

During his time in Take That, Robbie also picked up a further four number one albums and five if it’s including the iconic boy band’s later greatest hits collection Odyssey from 2018 which spans pre and post-Robbie era.

‘I’m so pleased that it’s gone to number one, and whilst it feels strange to be receiving an award during these sombre times, I wanted to thank you all for your support and dedicate this to the fans, who I never take for granted. I really appreciate it, thank you so much.’

XXV marks Robbie’s 25th anniversary as a solo artist and features 11 classic songs, like Let Me Entertain You and Come Undone, as well as three new tracks.

The last albums he released, prior to XXV, were compilation album Under the Radar Volume 3, comprising demos, B-sides and rare tracks, and christmas album The Christmas Present, both in 2019.

Robbie rose to fame in Take That with Gary Barlow, Jason Orange, Howard Donald and Mark Owen, before quitting the supergroup in 1995, launching his solo career the year after.