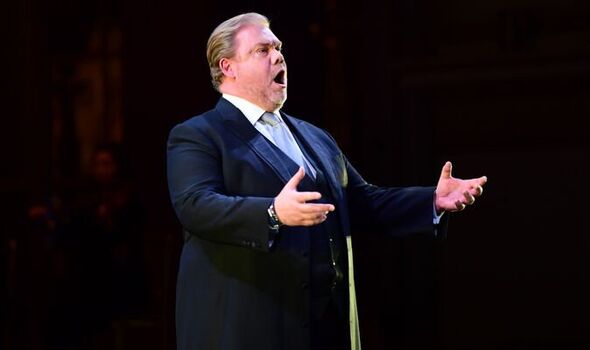 “I cut my teeth learning the bass-baritone repertoire on my dad’s tractor as he brought the hay in,” the affable Welshman tells me. “Me and my brother Ian would quarrel for the tractor seat so dad made a rota system and when it was my turn, I had my cassettes and I stuck them on.”

At 6ft 3in, Bryn is a big man with a bigger heart and so much natural warmth his laugh could boil the seaweed for your laverbread. He’s in Paris when I call, after performing with conductor Gustavo Dudamel at the Opera Bastille, but the star never forgets his humble roots, nor the debt he owes to Welsh culture.

His incredible musical odyssey began years before his teenage tractor sessions, on the Eisteddfod circuit.

“I was three years old in my little sandals and shorts,” recalls Bryn, 56. “I am a child of that web of finding and nurturing talent.”

Once he started singing as a boy soprano in the national Eisteddfod, it felt, he says, “like breaching the heights of Everest – I was a young kid winning everywhere”. 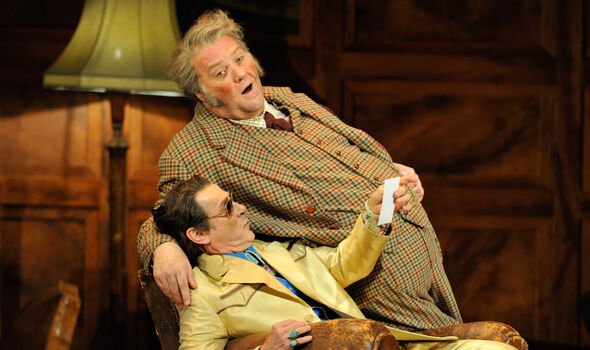 His parents hired a local recording studio to capture his voice. “On that day I was finding it difficult to hit the high notes, and the next day my voice broke. I was distraught! I could have been Aled Jones before Aled Jones!”

It could have killed his career. Instead, it was a new beginning to an unorthodox Grammy-winning journey that would see him singing World In Union with Dame Shirley Bassey, duetting with Sir Tom Jones on Green Green Grass Of Home and performing for Sting and Pink Floyd’s Roger Waters.

Sir Bryn’s voice works just as well in musical theatre as it does in opera – as his nine-date Songs & Arias tour, starting on Saturday, will remind us.

“I’m doing four concerts with an orchestra – one of them in Wales, which my parents are coming to – and all the rest with my wife [harpist Hannah] and a pianist [Annabel Thwait].

“My piano is still full of scores,” he adds. “I’m mulling over what to include. There will definitely be Fiddler On The Roof, Welsh folk songs, operatic arias…” 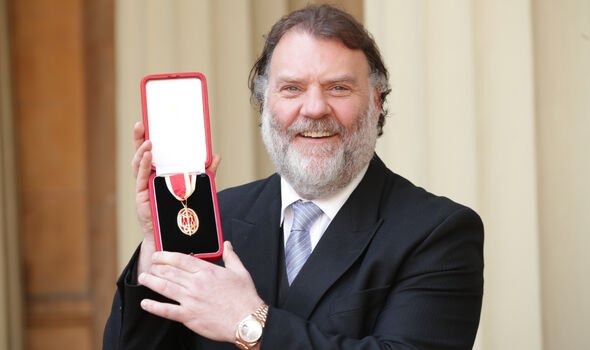 Opera purists might baulk at the eclectic mix but he insists, “If you sing them well, all are enjoyable as each other. It’s a palette – I love the different colours.”

The first music Bryn remembers was at church on Sunday mornings where his parents sang in the choir. Older brother Ian introduced him to the decidedly less spiritual sounds of Pink Floyd, Queen and Dire Straits – “the first concert I went to was Mark Knopfler at an ice rink, our feet were so cold we had to dance,” he laughs.

Bryn recalls driving his earliest car, a Ford Escort Mk 1, around Snowdonia with Queen’s Bohemian Rhapsody blasting away on the basic stereo as he boomed out the “Scaramouche fandango”.

His great classical inspiration was the late bass-baritone Sir Geraint Evans “who ploughed the way for the next generation, at home, in Europe and across the Atlantic; he was on a pedestal without a doubt.” 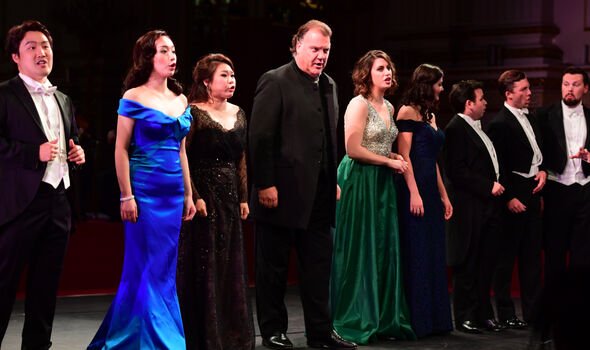 Moving to London at 18, Bryn spent five years at the Guildhall School Of Music And Drama where he was tutored by Arthur Reckless (billed as ‘A. Reckless, Baritone’) who had also trained Sir Geraint.

After graduating, he won the Lieder Prize at the Cardiff Singer Of The World competition.

In 1988, Evans presented him with one of the biggest Eisteddfod prizes and added a gift of his own by ringing Hungarian conductor, Sir Georg Solti and suggesting he audition the farmer’s son.

“I went to his home in London, he had more Grammys than I’d ever seen, Oscars…and he gave me a part immediately, as Antonio in The Marriage Of Figaro. I jumped at the chance. I cracked the nut because of one man’s passion.” 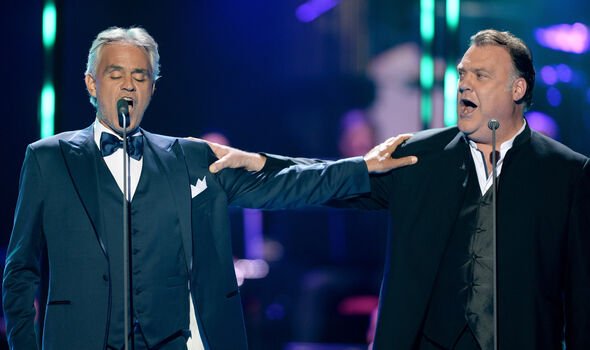 Terfel found himself working with magnificent European singers, “I felt like a little mouse in a big zoo filled with lions, tigers and bears…”

He then moved on to heavier Wagnerian roles; most memorably as Wotan in Das Rheingold leading the gods across the rainbow bridge to Valhalla.

What were his greatest highs? “When Bocelli did the concert in Central Park, New York, I was guest soloist,” he recalls. Impressed, Sting asked if he’d sing a Police number at his 60th birthday bash. “I said, what would I sing?”

The answer was Roxanne tango style from Moulin Rouge – Sting repaid the favour four years later, duetting with Terfel for his 50th at the Royal Albert Hall in 2015.

Bryn recorded Roger Waters’s opera, Ca Ira – “It was incredible to have him by my side knowing my brother was sat at home tearing his hair out knowing I was working with one of his idols.”

Other highlights include performing Sweeney Todd with Dame Emma Thompson – “a highly intellectual bundle of fun” – in New York and at the London Coliseum.

High culture is riddled with the same problems as low culture, however. “Things always malfunction. People trip over sets – I trip over sets all the time. Last night I kicked a piece of furniture. You get very passionate on stage.”

He fractured an ankle slipping on a wet pavement in Bilbao in 2020.

Away from music, Terfel’s great loves include Red Devils Manchester United, fine wine, and Cymru of course – he is so Welsh that if you cut him, he’d bleed dragon blood.

Richard Burton is a hero, his favourite author is Islwyn Ffowc Elis and he has collected Sir Kyffin Williams’s art for decades, buying his first, Farmer, Blaen Nantmor, at auction for more than £5,000 and then realising “It would take thirty concerts to pay for it.”

Welsh is his mother tongue. If he hadn’t become a singer he’d have been, “A fireman,” he replies instantly. “I was obsessed with becoming a fireman or a radio sports commentator. They were my plan Bs.

“I’ve had a couple of back operations because of working on raised stages so I think my career as a fireman wouldn’t have lasted very long.

“My dad got up at 5.30am every day. Farming is hard work. Lambing, crops, keeping the dry-stone walls in pristine condition…He had his porridge before we were even thinking of getting dressed for school.” 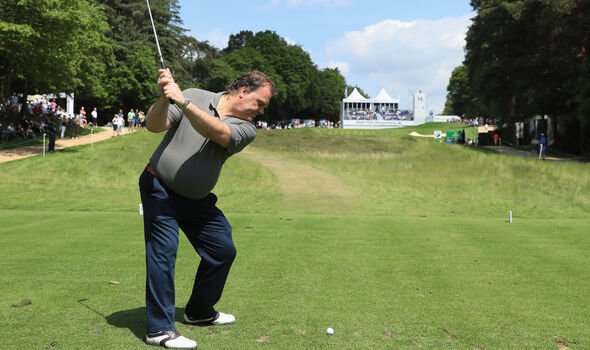 Bryn lives in Penarth, south Wales, has three grown-up sons from his first marriage and daughter Lili and son Alffi from his second. He met wife Hannah, once official harpist to the Prince of Wales, while filming a TV special; they wed in 2019.

Terfel’s work calendar is booked for the next three years. “No matter how hard you shake that money tree you can’t stop,” he says. “I’ve had to travel a lot and lose weddings, birthdays, funerals…”

And then? “Ideally, I’d like to bring my golf handicap down to single figures and I’d like somebody to write an opera with me in mind. I’d love it to be based on Citizen Kane which is Spielberg and Scorsese’s favourite film.

“That storyline would transpose beautifully onto the opera stage…”