The sun is constantly bubbling and bursting. If eruptions on its surface are big enough, they can send billions of tons of plasma and electrically charged particles hurtling toward Earth.

The probe made a close approach to our star this year, on February 10, when it flew within 48 million miles (77 million kilometers) of the sun — half the distance between the sun and Earth. As it careened past the sun, back to cooler zones of space, the orbiter caught video footage of two CMEs.

Three imaging instruments on the spacecraft traced the CME as it left the sun and spread through space. The first instrument recorded the sun itself, while the second captured the flow of energy through the sun’s corona, or outer atmosphere. 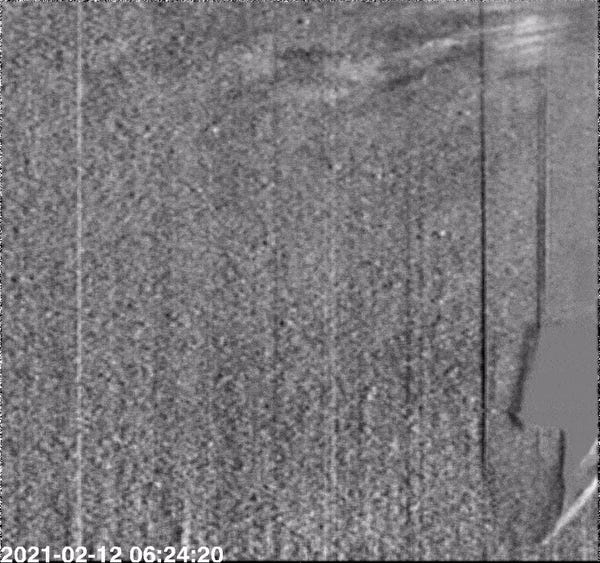 Outbursts like this are beautiful, and they often interact with Earth’s atmosphere to make the aurora lights, but they can be dangerous.

In 1989, an inundation of electrically charged particles from the sun knocked out Quebec’s power for about nine hours. Two other solar storms cut off emergency radio communications for a total of 11 hours shortly after Hurricane Irma in 2017. A solar storm may have even cut off SOS broadcasts from the Titanic as it sank in 1912. 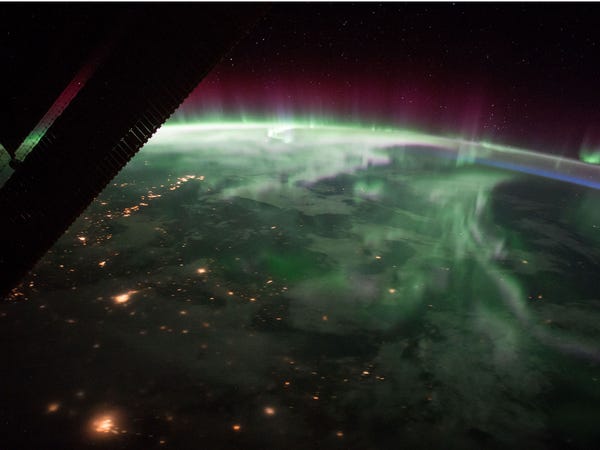 Bursts of solar activity can also endanger astronauts by interfering with their spacecraft or knocking out communications to mission control.

That’s why the Solar Orbiter is investigating such eruptions. Studying the source of these unpredictable electrical storms could help scientists figure out how to protect both astronauts and Earth’s electric grid.

“What we want to do with Solar Orbiter is to understand how our star creates and controls the constantly changing space environment throughout the solar system,” Yannis Zouganelis, an ESA scientist working on the mission, said last year, before the probe launched. “There are still basic mysteries about our star that remain unsolved.”

Watching solar explosions from 2 sides of the sun

On the other side of the sun, near Earth, two other ESA spacecraft — the Proba-2 satellite and the Solar and Heliospheric Observatory (SOHO) — also captured the same two CMEs. The footage below show’s Proba-2’s view of the the eruptions (left) and SOHO’s imagery of the plasma shooting through space (right).

NASA’s Solar Terrestrial Relations Observatory, a spacecraft orbiting the sun alongside Earth, also saw the two CMEs. That telescope blocks out the sun to capture eruptions more clearly — its footage is below. 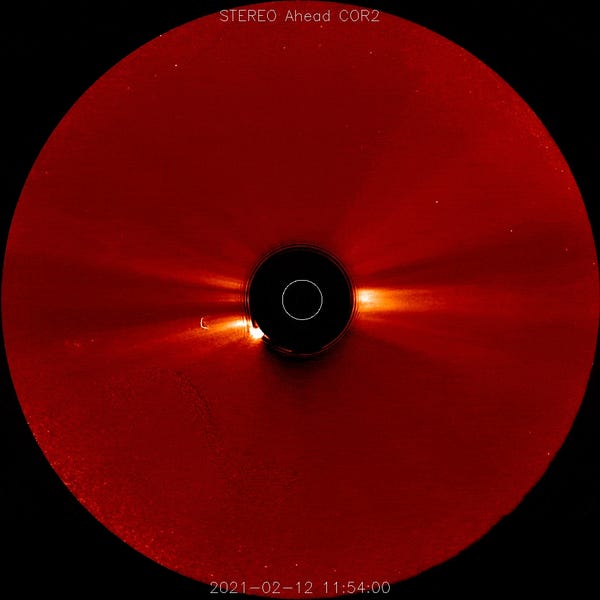 The sun is entering a new 11-year solar cycle, which means its eruptions and flares are expected to grow more frequent and violent, ramping up to a peak in 2025.

Over the next six years, the Solar Orbiter is set to fly closer to the sun’s poles than any previous probe has come. It’s also expected to send the first photos of the solar poles back to Earth. The spacecraft will be able to keep pace with the sun’s rotation, which enables it to hover over specific spots for long periods of time to watch CMEs and other areas of heightened activity.

By combining data from Solar Orbiter and other space telescopes, NASA and the ESA can watch solar eruptions from their source almost all the way back to Earth.

Already, the Solar Orbiter has spotted these two CMEs and captured the closest images ever taken of the sun. But it’s just getting started. Right now, the spacecraft is in cruise mode — it’s getting its bearings and testing its instruments. The spacecraft is scheduled to start operating all those instruments at full capacity in November. That’s when it will be in full science mode.

Eventually, the probe should venture even closer to the sun than the planet Mercury — within 26 million miles (42 million kilometers).

“We’ve realized in the last 25 years that there’s a lot that happens to a CME between the surface of the sun and Earth,” Robin Colaninno, a researcher working on one of Solar Orbiter’s cameras, said in a NASA release. “So we’re hoping to get much better resolution images of all of these outflows by being closer to the sun.”